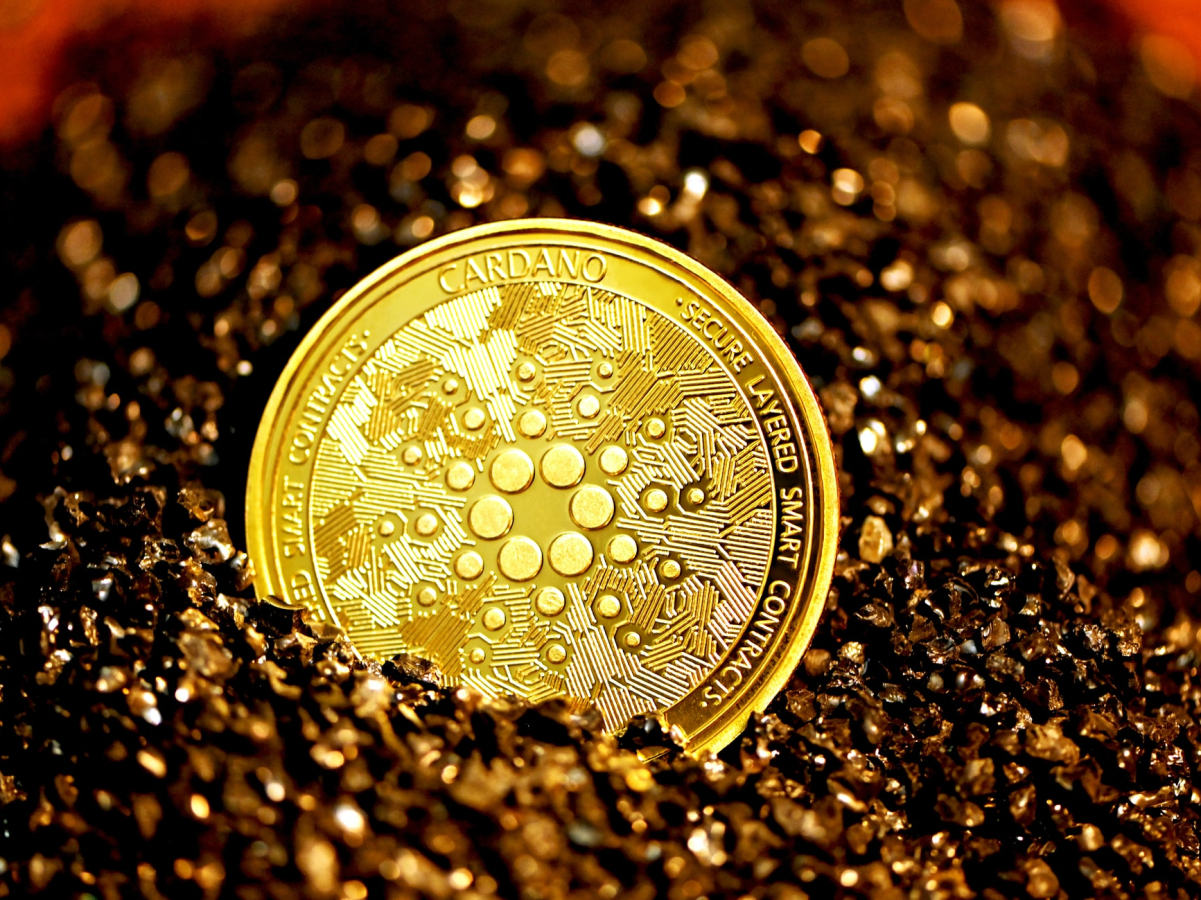 In the months since Decentralized Finance (DeFi) emerged, many blockchains, including Cardano, have redesigned themselves to incorporate its advantages.

However, the creator of Cardano, Charles Hoskinson, believes that the entire DeFi space is merely in a bubble. What then? Well, the truth of the matter lies elsewhere since the analysis of on-chain data reveals something starkly different.

Is DeFi in a bubble?

DeFi can either be considered as the new fad or the next big thing, but not a bubble. Especially because since March 2020, the space has risen by 8589%.

Ethereum has been leading this space for a very long time and in fact, until January 2021, it held dominance of 97%.

Since then, however, it has come down. In fact, it was 69% at press time, in terms of total protocols. How so? Well, the emergence of more smart-contract compatible blockchains such as Binance Smart Chain and Solana might be the answer.

With Cardano in, this competition is only getting tougher. Curiously though, the hike in participation has led to ETH’s TVL increasing by 525% YTD.

What’s more, his statement comes at a time when the Total Value Locked (TVL) in DeFi is inching closer to breaching $200 billion. 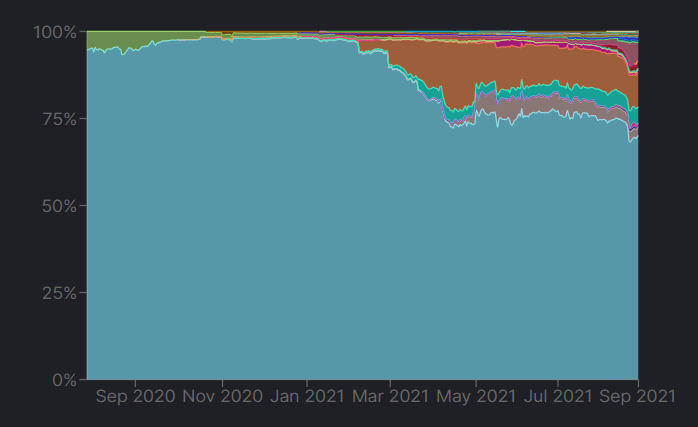 Ethereum’s domination in the DeFi space has come down to 69% | Source: Defi Llama – AMBCrypto

During a recent episode of the podcast Word On The Block, Hoskinson said,

“I think DeFi is in a bubble and it’s always what happens — NFT and DeFi are the latest. It was the ICO revolution in 2017, it was the same situation.”

In addition to this, he said that while it isn’t necessarily a bad thing, people have overpriced its value. This, in return, has led to many new projects with negligible development teams hitting valuations of over a billion dollars.

But the thing is, DeFi differs from Initial Coin Offerings (ICO) in a significant way. The first and most important distinction being that DeFi has actual use cases. DeFi allows its investors to turn into users the minute they invest due to a wide array of services such as trading, lending, etc.

Also, DeFi is real in the sense that it provides immediate value through liquidity to traders. Contrary to this is the fact that most ICOs never actually turned into anything useful.

Additionally, a recent Blockdata report actually found that DeFi is still in a growing phase. It observed that if institutions/banks decide to put even 1% of their AUM into DeFi, this space would be worth $1 trillion. That figure is close to the market cap of the mainstream crypto-space in itself. 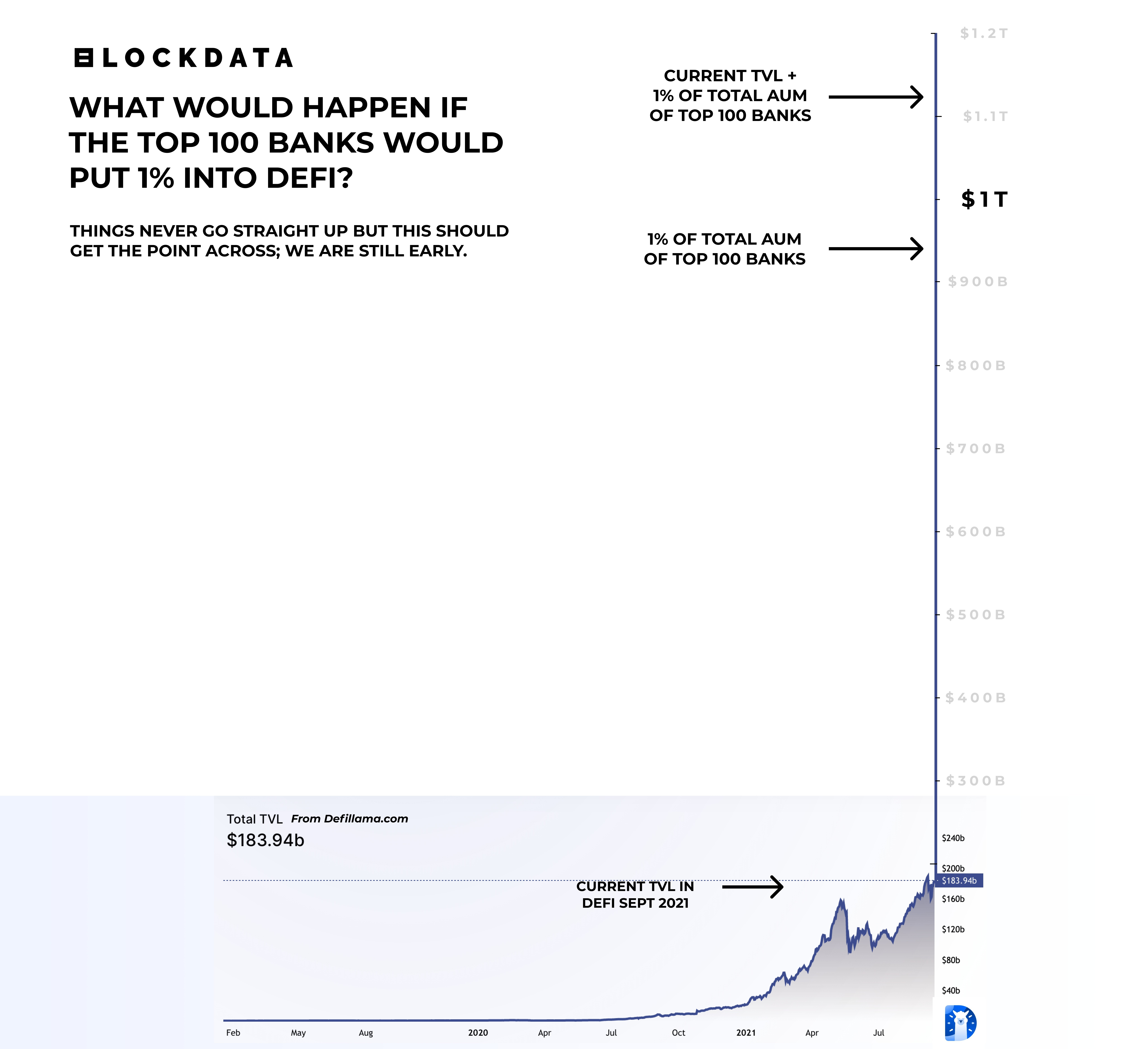 Since 55 of the top 100 banks have already invested in crypto, it won’t be surprising to see them indulge in DeFi as well.

Ergo, Hoskinson here is not correct because if institutional interest grows, DeFi will only gain significance and lose its “bubble” label, whether warranted or not.