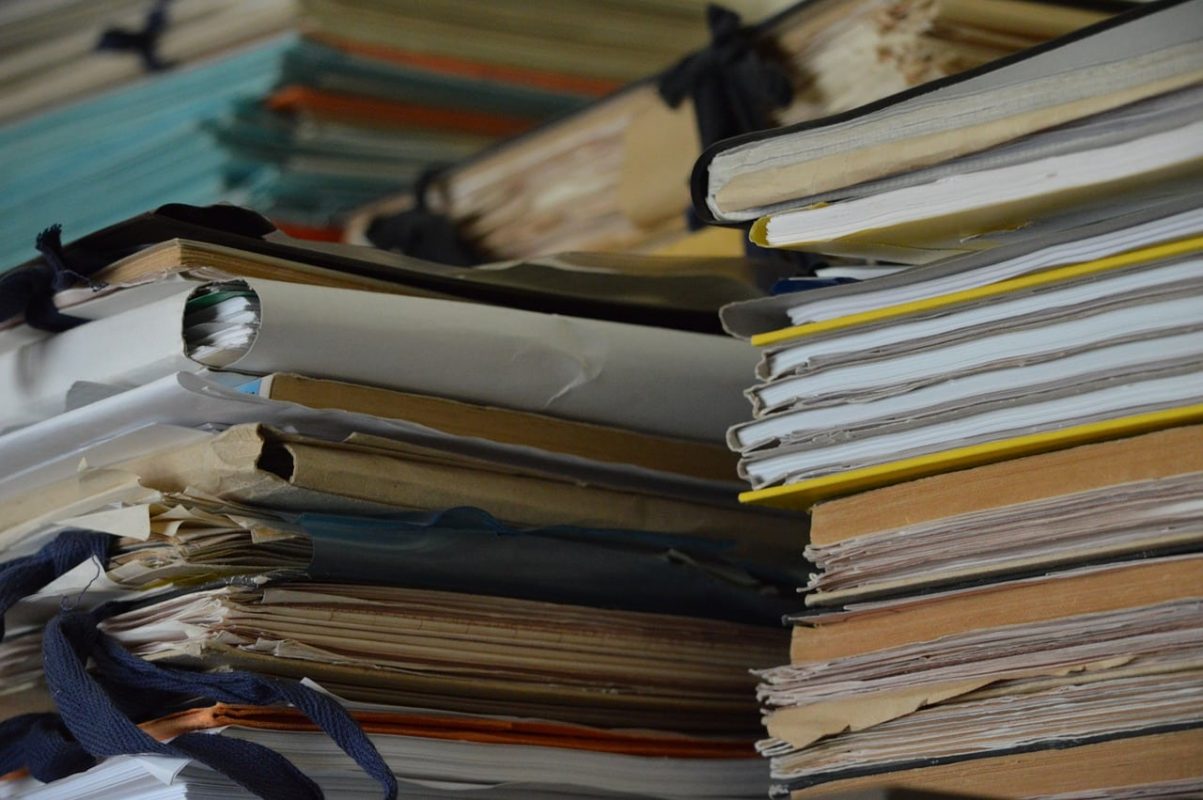 Filecoin has traded within a range over the past two weeks. A short-term bullish order block from 10 November has acted as a zone where buyers have been willing to bid FIL. It remained to be seen if this trend can continue.

Bitcoin fell beneath the $16.2k support level and could face further losses in the coming days due to this bearish pattern. This could drag the prices of FIL down alongside the rest of the market. 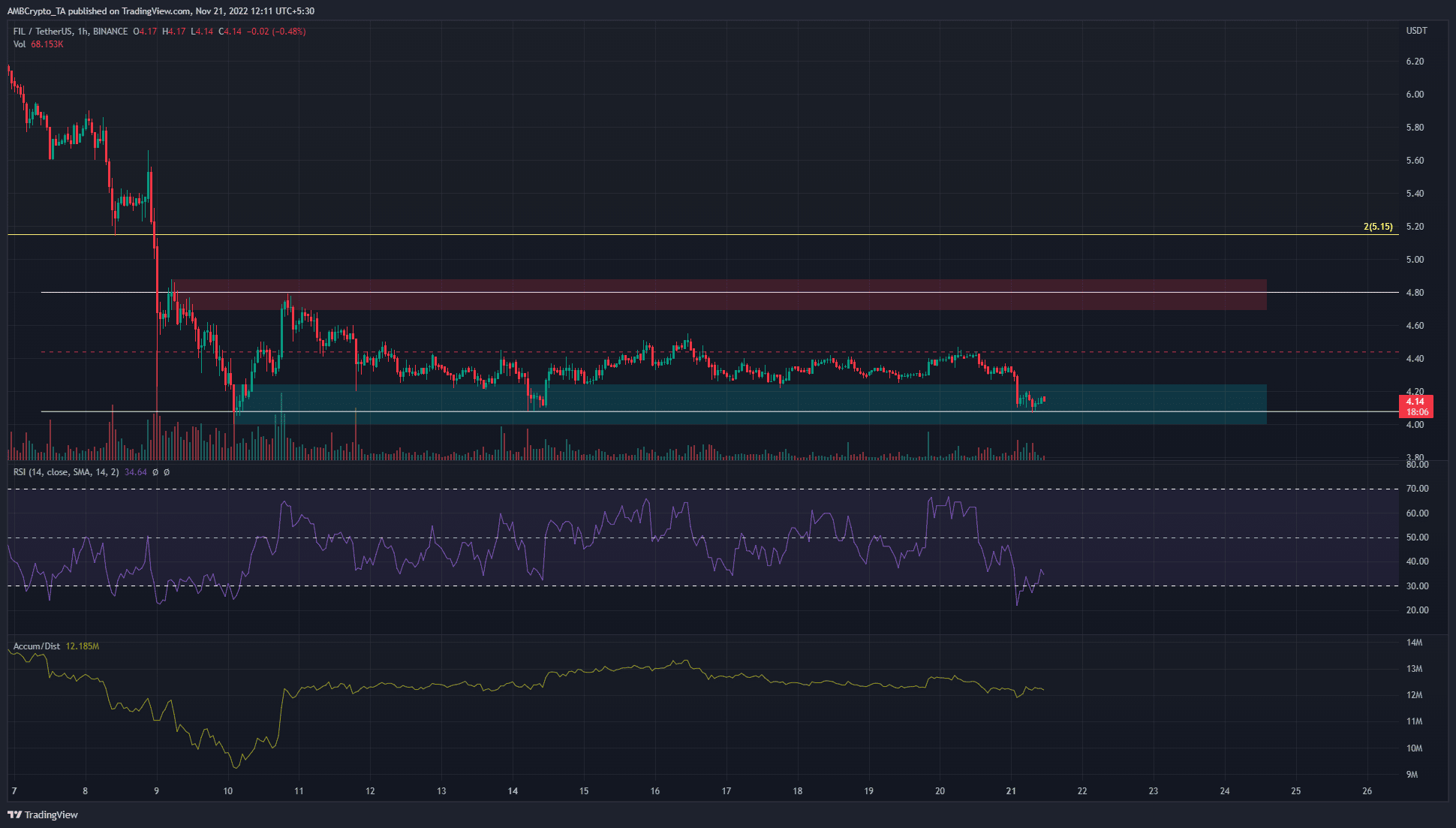 Since 9 November, after Bitcoin crashed from$21.4k to $16.2k, Filecoin also found it had some support at $4.08. It formed a range between $4.08 to $4.81, with the mid-point of the range at $4.44. This mid-point served as a good resistance level in the past week, which made the range formation more credible.

On 10 November, a one-hour candle below $4.08 formed a bullish order block. The subsequent price action broke the lower timeframe bearish market structure to reach the range highs once again. Hence, a revisit to the range low was a good buying opportunity, in terms of risk-to-reward. Profit targets lie at $4.44 and $4.8.

However, repeated retests of a support level tend to weaken it. Moreover, the second retest of $4.08 on 14 November was unable to muster a rally past $4.44. This suggested that bulls were weak in the markets. The Relative Strength Index (RSI) stood beneath neutral 50 to show bearish momentum while the Accumulation/Distribution (A/D) indicator was flat in recent days to show a lack of buying pressure.

Hence, if the long trade failed, a trader can immediately flip bearish and use the bullish order block as a bearish breaker and short FIL. Support levels to the south can be estimated using the Fibonacci extension tool. Based on the drop from $4.88 to $4 on 9 and 10 November, the 23.6% and 50% extension levels were plotted to lie at $3.79 and $3.56.

Since 10 November, the Open Interest behind Filecoin contracts against USD have been on a slow ascent. This showed that futures market participants were building up a position. But in what direction?

The Long/Short ratio of FIL in the past 24 hours was skewed in favor of the sellers. Therefore, the possibility of a drop beneath $4.08 over the course of the day can not be discounted.