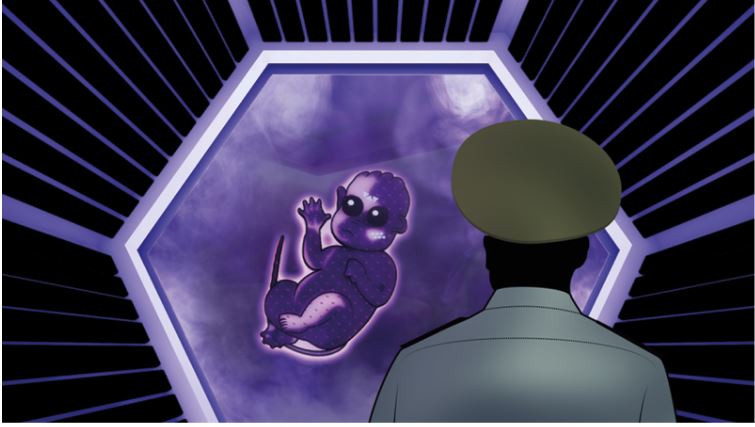 The Cardano ecosystem is home to a world of amazing projects. Recently they have launched numerous amounts of DEXs on their network, i.e MuesliSwap. However, only Flickto is tackling existing problems that surround traditional media. Flickto was able to identify a hole in the market and a basic audience urge of diverse storytelling. Flickto has the vision of creating an ecosystem that prioritizes decentralization and provides unique human experiences to their audience. They aim to do this by providing a stage for untold stories from a diverse array of backgrounds.

For those within the Cardano network and in the Flickto community, you might have noticed that after every EPOCH ends they display a distinctive, yet majestic purple alien along with a storyline. For quite some we were bewildered by this site and decided to reach out to the Flickto team to get some insight into what it signifies.

We reached out to the Head of Marketing Pratik Doshi for some insight and his response was heartwarming and inspiring. He proceeded with the following words:

DeMe, how can I explain DeMe without getting too emotional. Simply put DeMe is the personification of a certain set of values that we cherish. DeMe personifies diversity, equality, freedom, and empowerment. We realized that these values aligned perfectly with our vision of a decentralized network that dissipated the control that major corporations have on this industry. DeMe is the matriarchal figure that we all have in our lives, whether that be our grandmothers, mothers, or partner. She is representative of the future we are striving to create. DeMe will evolve over time and her success will be tied to our stake pool performance. It’s quite exciting to see.

After talking with the Flickto team we realized the full extent of their passion and drive towards a decentralized media ecosystem. As the story of DeMe continues to unfold it becomes clear to us that the Flickto project has multiple avenues they could take. Just as Disney started out as a comic book in the early nineteenth century, conveying the adventures of characters such as Mickey Mouse, Flickto has the opportunity to do the same.

With an exciting story to be told and an awe-inspiring purpose, the Flickto project differentiates itself from others on its network. With the opportunity to capture a portion of a two billion dollar industry Flickto is propelling themselves forward at sintaliting speeds.