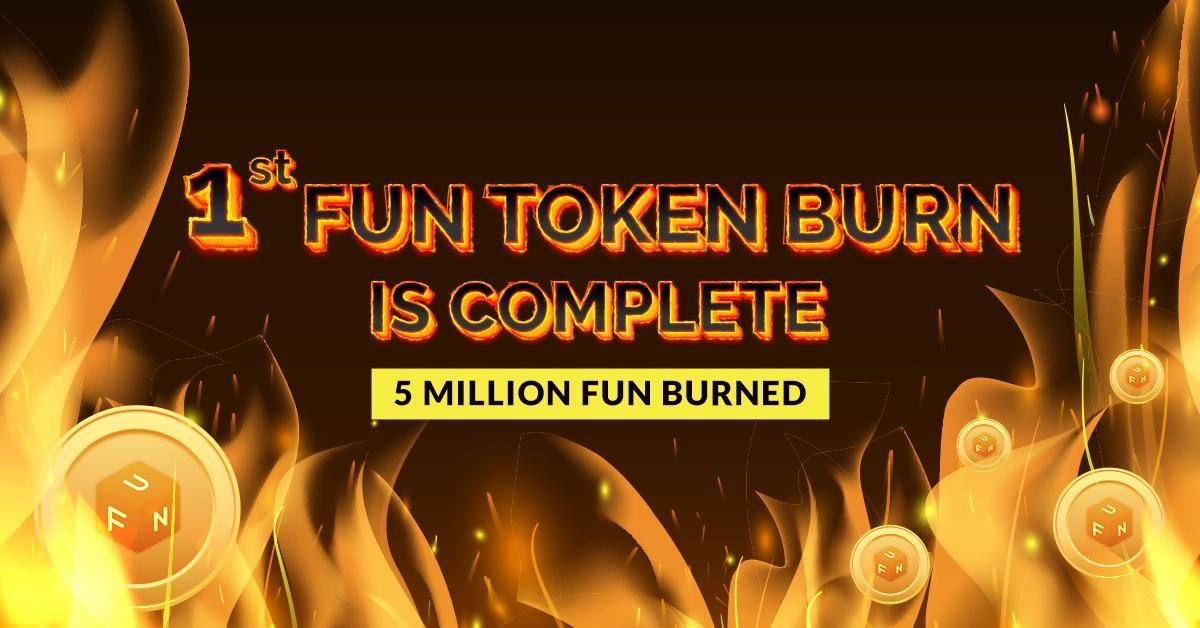 For the first official burn, five million FUN Tokens were taken out of circulation. Click on the link below to view the transaction details:

In a burn strategy statement released on FUN Token’s website in May, the team committed to burning 50% of any profits earned through their gaming operations. On 24th August, FUN Token launched DPLAY, a casino built exclusively for FUN users.

“In the four weeks since its hard launch, DPLAY has gained 53,306 new users and over 14 million FUN in deposits,” said a statement released by the team. “DPLAY has generated sufficient revenue that we are able to burn 5 million FUN as part of our now regular quarterly burn. These tokens were burnt on September 30 as part of our commitment to burn 50% of all in-house gaming profits.”

A major part of the deflationary blueprint is XFUN, a new Layer-2 token set to be launched on the Polygon network. XFUN will be pegged 1:1 with FUN Token and an Ethereum-Polygon bridge will enable users to exchange FUN for XFUN seamlessly.

“XFUN is a new fast and gas-fee free token running on the Polygon blockchain,” continued FUN Token’s statement. “We expect to have the FUN/XFUN bridge running within a few weeks which will enable users to swap their FUN for XFUN.”

All FUN Tokens swapped for XFUN will be escrowed and taken out of circulation, thus creating a dual asset deflationary ecosystem that will regularly facilitate a supply squeeze and improve the token’s value.

Furthermore, a decentralized casino for XFUN will be built to ensure a fast, secure, and cost-efficient gaming experience for FUN users.

More gaming opportunities for XFUN – both in-house and third party – will be launched in the near future as FUN Token aims to cement its place as the premier project in decentralized iGaming.

Why Bitcoin could come close to $80,000 by October-end