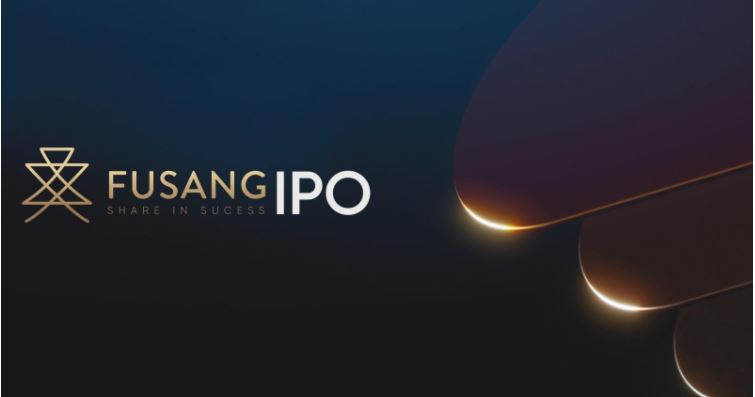 Fusang Corp (FSC) equity tokens give investors direct shareholding in Asia’s first regulated stock exchange for securities tokens and, by extension, the future of the industry.

FSC equity tokens are slated to list on Fusang Exchange by end of 1Q22.

Fusang today announced that it has received approval from the Labuan Financial Services Authority (Labuan FSA) in Malaysia for the Initial Public Offering (IPO) of FSC equity tokens, which directly represent shares in Fusang Corp. This approval clears the path for the world’s first IPO of fully regulated equity tokens

The offering of 2,500,000 equity tokens will give both institutional and retail investors a direct stake in Fusang Corp, which operates a fully licensed and regulated digital ecosystem that includes Fusang Exchange, Asia’s first regulated stock exchange for security tokens. Fusang Exchange is licensed to be a public listing venue for initial public offerings and acts as its market’s front-line regulator.

The IPO, which has an offering size of USD$10 million, will be available for institutional and public subscriptions. The FSC equity tokens will be listed on Fusang Exchange by the end of the first quarter of 2022.

FSC holders will own direct equity in Fusang Corp. The tokens represent its shares in digital form, recorded on a blockchain rather than in a traditional share register. This creates an accessible yet secure and regulated platform for tokenization.

FSC equity tokens are issued on the Ethereum blockchain.

“Our ambition is to bring regulated securities into the digital era by demonstrating that the security token ecosystem is compatible with existing securities regulatory frameworks. As we work towards this goal, it is vital to demonstrate the operational ability of our technology by using it ourselves – rather than turning to traditional equity markets, as other digital asset exchanges have done” said Henry Chong, Founder and CEO of Fusang.

“Our vision at Team Fusang is to create a digital platform where it is as easy to invest in a company as it is to buy its products online,” Chong added.

The IPO will be available to institutional and retail investors that register on Fusang’s platform. Investors will complete the required Know Your Client and Anti Money Laundering onboarding procedures, directly with the Exchange and without the involvement of brokers or other intermediary firms.

To comply with securities regulations, the company has built a fully licensed, end-to-end platform that leverages blockchain technology to facilitate client onboarding, trading, and the management of security tokens and assets, including crypto.

Fusang will use the proceeds to scale up operations at Fusang Exchange, attract new listings and expand its user base.

Fusang is Asia’s first fully licensed and regulated digital financial ecosystem for security tokens and assets. Our unique combination of regulatory licenses, technology, and services allows us to provide an end-to-end platform to issue, tokenize, list, and trade all forms of securities, assets, and cryptocurrencies.

Fusang Exchange is licensed to be a public listing venue for initial public offerings and acts as its market front-line regulator. Institutional and retail investors can directly invest in products on the Exchange without brokers or other intermediary firms.

Team Fusang, located across five Asian cities, shares a vision of making it as easy to invest in a company as it is to buy its products online.

Join us on this journey at www.fusang.co

To view in real-time the blockchain-based register of equity tokens, visit fsc.fusang.co