One of the highest gainers of the day today was Gala Games‘ token GALA. In fact, it managed to register an 8% hike, despite the broader market seeing a lot of consolidation.

What may have contributed to this? Well, this could be the result of the appreciating interest in Gala Games, as verified by Google Trends as well. Since the beginning of March, it has recorded a stellar hike in interest.

Interest in GALA in the recent weeks | Source: Google

The spike in the appeal might also be the result of Snoop Dogg’s recent launch of Death Row Records on the Gala Music platform as the world’s first web3 record label. In line with the same, it launched the first NFT music from Snoop Dogg, with the same limited to a supply of 500 units.

Despite the social bullishness, however, this 8% rally was just another day for GALA since the altcoin has seen actual hikes of 13% more frequently. The altcoin will need sustainable periods of appreciation since 80% of its rally from February has already been invalidated. Plus, price indicators did not seem to be supporting a price rise either at press time.

Both the Relative Strength Index (RSI) and MACD were bearish neutral and neutral, respectively. The white dots of the Parabolic SAR were also in line with the candlesticks with the potential to flip their position and sit above them.

However, since that hasn’t happened yet, GALA has time before any correction occurs.

Since the altcoin is facing consolidation along with the rest of the market, investors too do not see this as an opportunity to be active right now. When the crypto was on a rally around 7 February, GALA holders’ presence spiked by 285%. Alas, as soon as it went away, these investors went back to being inactive as well. 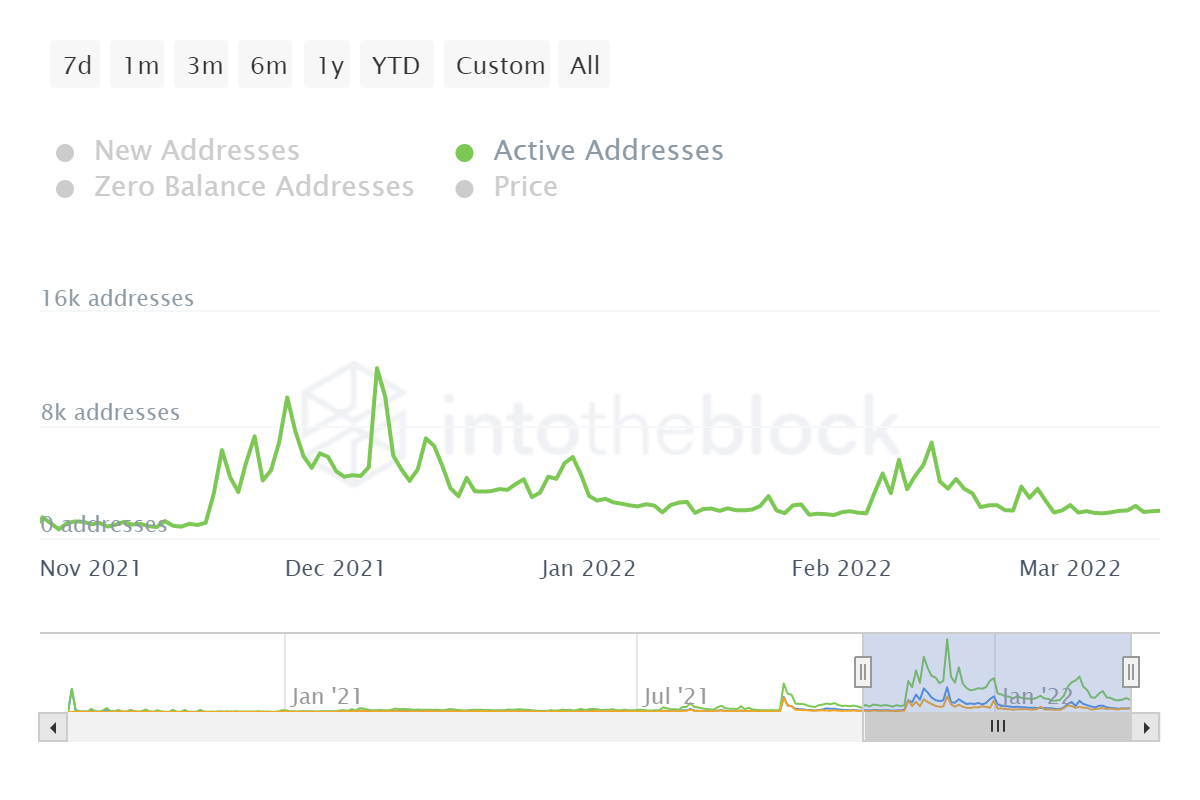 Unlike Shiba Inu’s holders, however, GALA investors are more serious investors and have been HODLing for a good while. Despite both the coins being launched around the same time, GALA currently has about 35.78% of its supply held for a period of more than one year. The same in the case of Shiba Inu is a mere 1.78%. 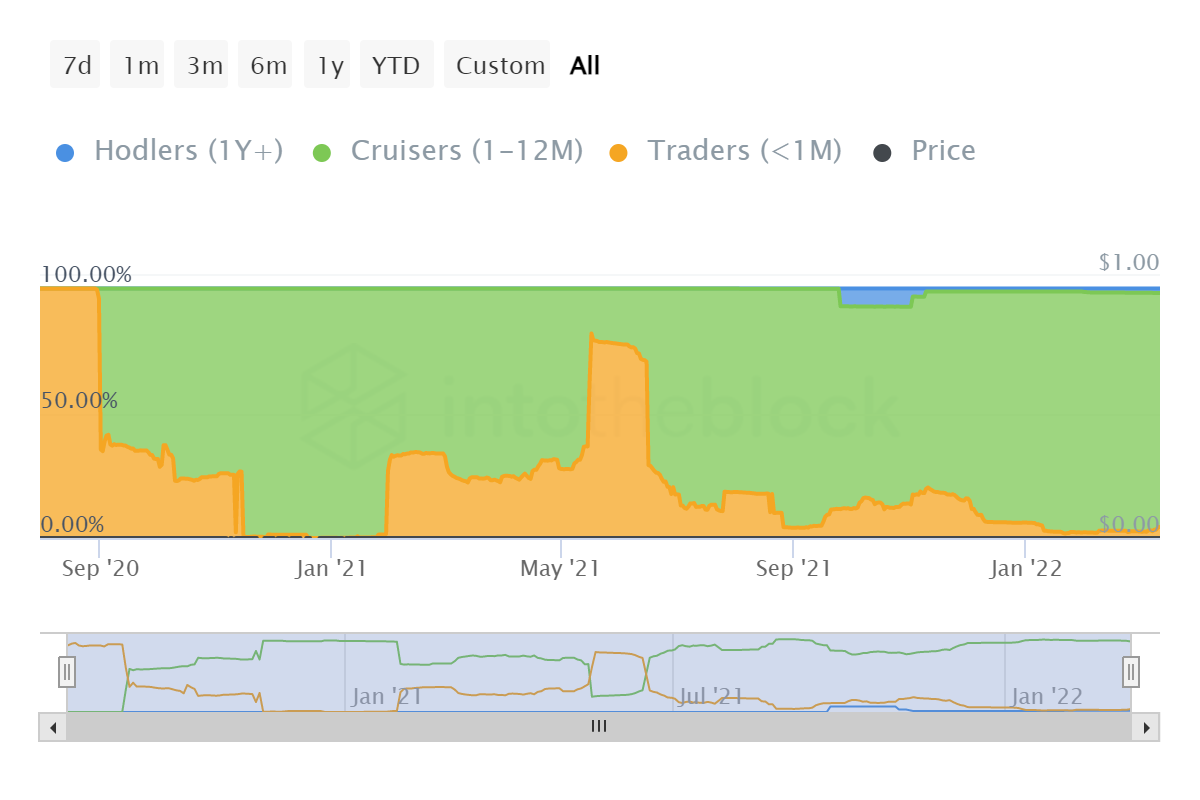 Ergo, the lack of movement currently is just an effect of the bearish trends. Even so, the growing interest will play in favor of GALA when the altcoin marks a sustainable rally.

Litecoin’s will leave its near-term trend behind, but only after…