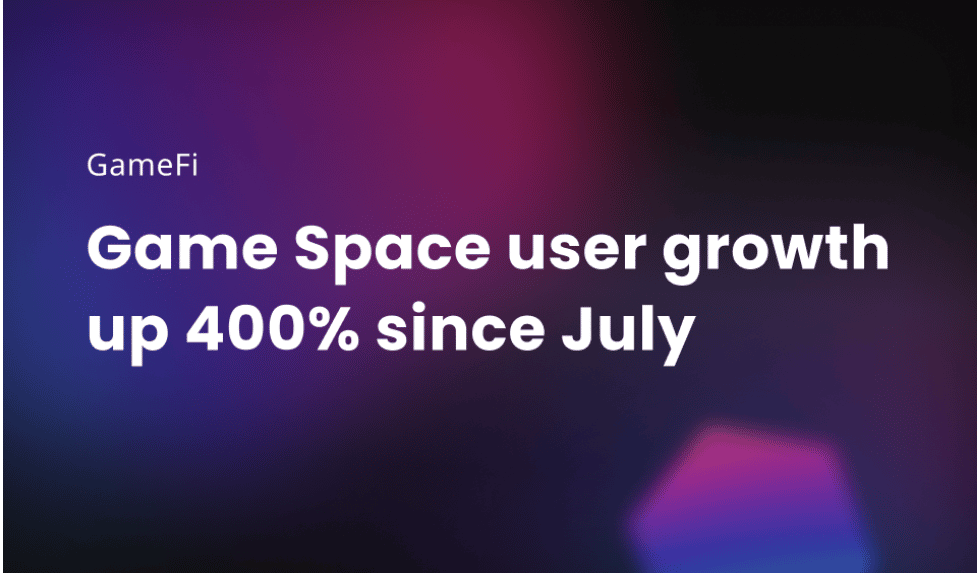 Recently, Game Space, the first GameFi as a Service platform in the whole industry opened a Genesis NFT AirDrop event for one billion Steam players. At present, Game Space has joined forces with more than ten institutions such as ByBit, Gate.io, Huobi, KuCoin Wallet, BitKeep, DAOs and Gaming Guilds to AirDrop NFTs to Steam users. The event time started at 12:00 UTC on July 28 to 12:00 UTC on August 28.

GameFi projects are drawing in millions of players around the world and will continue to gain popularity, not only with Web3 gamers but also with casual gamers. However, the challenge is how to open Web2 gamers to the industry and all it has to offer.

Game Space CEO – Michael Cameron said that “Transitioning Web2 users to Web3 is a challenge that every company faces and companies need to think about new and innovative ways to overcome this”. Cameron believes Web2 users won’t enter Web3 through an NFT purchase but will instead be exposed to Web3 by acquiring an NFT through an AirDrop which will later open the door for purchasing.

With that said Game Space holding the Steam event has proven this point and there’s no denying Game Space has made strong moves in the GameFi industry in the past month, growing its user volume by almost 400% since July 2022. In the first two weeks of August Game Space recorded over 50,000 downloads and registered Steam-connected users on their Game Space Wallet, They also recently announced support for the Polygon blockchain and started working with other huge partners in the industry.

Also in August Game Space has reported 13,820 active wallets, and the transaction volume on their GameFi NFT Marketplace has increased by over 50%. Seeing this amount of value and growth for Game Space makes the platform interesting for investors. It comes as no surprise that they recently secured $10 million in a Seed investment round with Huobi, Mirana Ventures and other top-tier investment institutions.

Cameron also hinted some information regarding their first AAA Web2 game coming online soon, He mentioned in our interview “Dozens of games are being tested and are integrating GaaS services provided by the Game Space SDK and we have a big announcement that we’re very excited about that we will be dropping very soon” said Cameron.

Game Space is the first GameFi as a Service platform in the whole industry. Through the SDK provided by Game Space, the game or APP of gaming companies can have the same blockchain function as StepN in as little as 7 days of development, including NFT distribution and trading.

Game Space provides a fully functional NFT trading marketplace that supports multi-chain deployment on BSC, ETH, Polygon, Solana, Heco, Flow and many more. Game Space focuses on being a one-stop solution for AAA Web2 gaming studios and titles. It features an NFT marketplace which can be embeddable in games that will help Web2 and Web3 games shorten their launch time by up to six months.

Polkadot: Unraveling the effects of the latest rally on DOT’s technicals