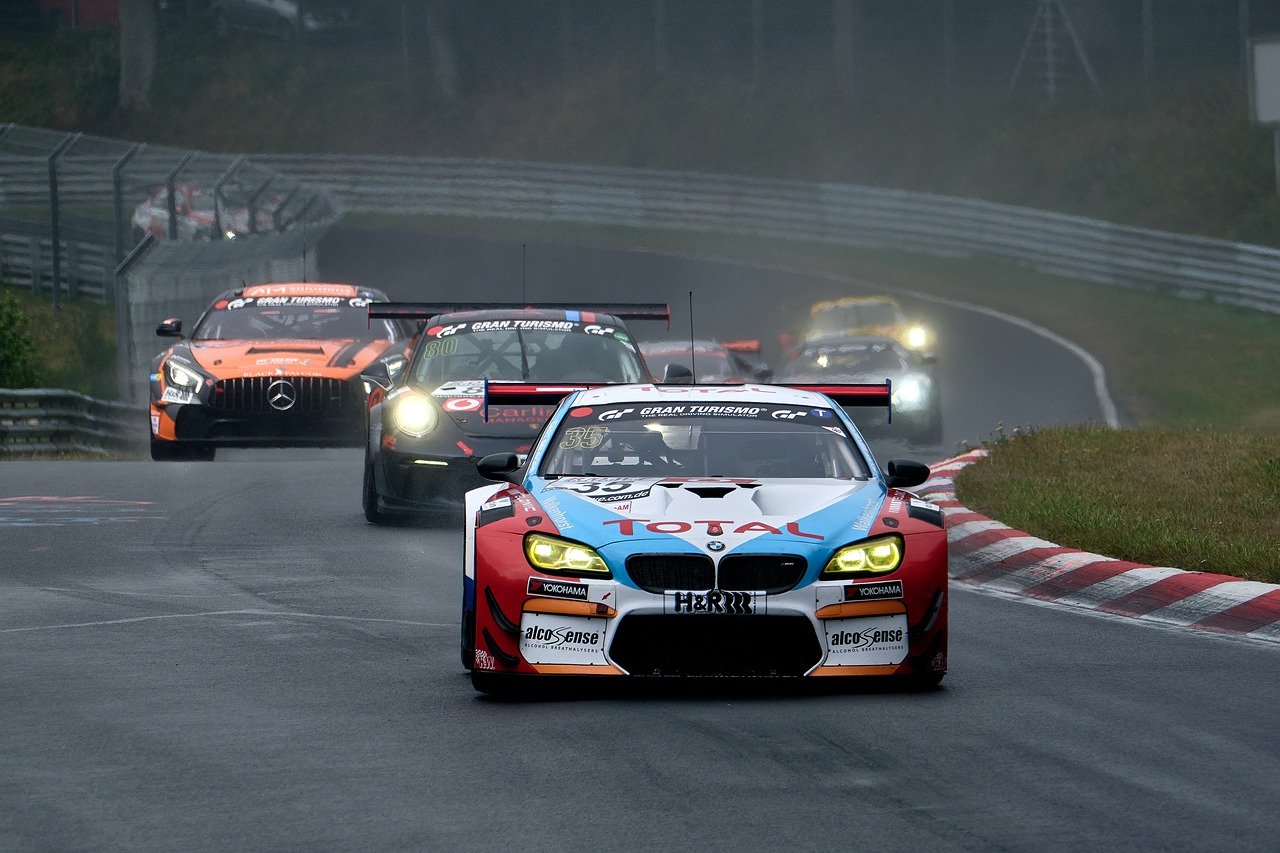 Ever since the fund was initiated, GBTC’s premium has been comparatively high and has traded at an average of 15%. But as other financial products appear in the market, especially those that are more affordable, users’ interest in GBTC seemed to have waned over time.

One indicator is that the premium was negative for at least 10 days “in a row,” according to a Glassnode analysis published on 12 March. Grayscale Bitcoin Trust (GBTC) has been trading at a negative for the last couple of weeks with a premium falling by roughly 14% earlier today.

But in his latest market insight, Senior Commodity Strategist at Bloomberg Intelligence, Mike McGlone found that GBTC has outperformed Tesla’s stocks this year. He said in a tweet that GBTC is “gaining the upper hand over Tesla” and added:

Bullish underpinnings for GBTC are gaining legs, as it outpaced Tesla by almost 50% this year. 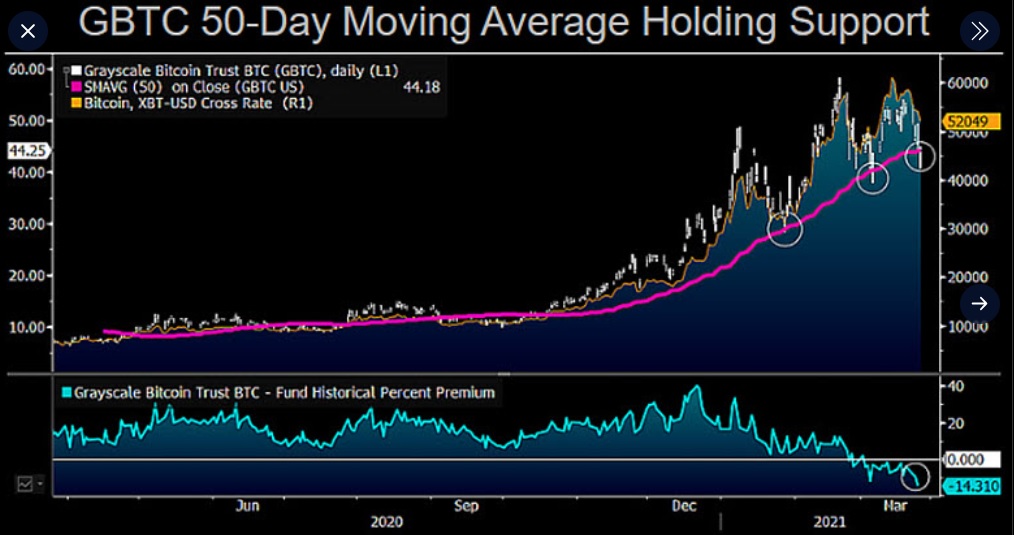 When it comes to Bitcoin, Tesla has been enthusiastic about Bitcoin-focused plans. After its $1.5 billion dollar investment in February, the company will now begin to accept Bitcoin as a mode of payment. A decision that did not result in a price surge, which has often been the case since Tesla entered the crypto space. Amid the ongoing correction, McGlone suggested:

The increasing probability for Bitcoin ETFs in the US is supporting the price…but contributing to the GBTC discount.

To date, financial regulators are yet to approve Bitcoin-focused ETFs in the US. However, this has not stopped competitors from joining the race to get their ETFs approved. The latest such firm being Fidelity, which recently filed to register the Wise Origin Bitcoin Trust with the Securities and Exchange Commission (SEC).

Meanwhile, the analyst also said that a “maturation leap” this year is turning Bitcoin into a “risk-off asset” and a “global digital reserve asset.”

#Bitcoin in Transition to Risk-Off Reserve Asset: BI Commodity — Well on its way to becoming a global digital reserve asset, a maturation leap in 2021 may be transitioning Bitcoin toward a risk-off asset, in our view. pic.twitter.com/Ycr1LSqEAJ

About $6.1 billion worth of options expire today, with Bitcoin going through a sell-off that pushed its price below $50,500. Despite the downward price action, IntoTheBlock, has indicated strong on-chain metrics, one that showed a rise in the number of BTC holders by over 2.84 million in a year’s time.

What is the US dollar backed by? Bitcoin is at least backed by ‘something’