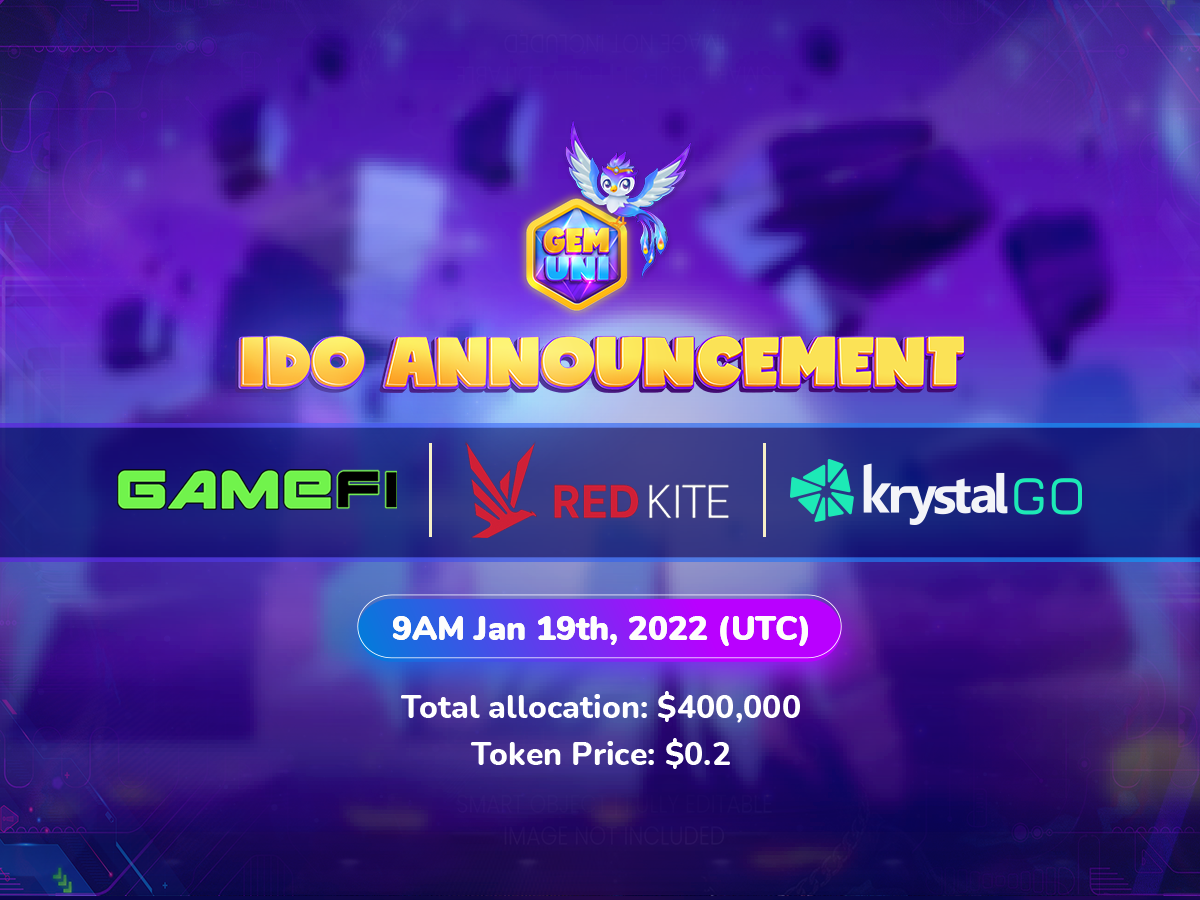 GemUni, a Decentralized NFTs Gaming Platform for Play To Earn, has announced that its upcoming Initial DEX Offering (IDO) will be conducted on three launchpads GameFi, Red Kite, and KrystalGO on January 19th. GemUni is building a Decentralized NFTs Gaming Platform for everyone around the world to engage in Fun, Easy, and Play to Earn NFT Casual Games and Signature Games. Users can enjoy fun games while monetizing their experiences with gaming platform rewards and GENI Pass NFTs transactions. 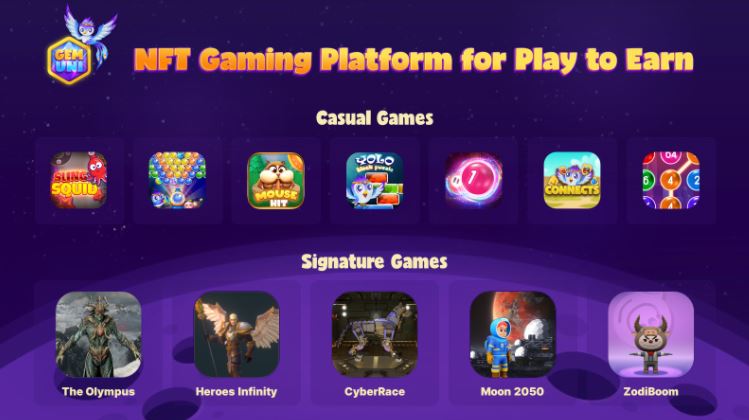 Since its announcement, GemUni has been through three months full of activities and milestones. Last December, the Grand Opening INO event, featuring guests from prominent gaming and blockchain organizations, marked the first time the GENI Pass NFTs were offered on multiple NFT marketplaces. GemUni’s GENI Pass NFTs were highly sought after by crypto and gaming enthusiasts, with thousands of GENI Pass NFTs being sold. Such a good starting point prompted GemUni to announce its Beta Test and Christmas Mini-Challenges. The Beta Test has been a success, attracting players to participate in multiple challenges and earn the project token.

A few days before its IDO, GemUni continues to reach another milestone. In its private fundraising round, GemUni raised $2 million from investors. At this point, the project boasting a portfolio of 30+ private investors and partners, including well-known venture capitalists such as Kyber Ventures, Shima Capital, ZBS Capital (CryptoDiffer), Kyros Ventures (Coin68), Gain Associates, ZipMex,  and HG Ventures, among many others.

Earlier this January, GemUni announced its promising roadmap for 2022. Besides the Casual Gaming Platform with 500+ games to be released in Q1, the project also announced its Signature Gaming Platform featuring upcoming games like The Olympus, Hero Infinities, CyberRace, Moon 2050, and ZodiBoom. An NFTs marketplace is also going live to support players’ NFT trading activities. Finally, further features like the GemUni Launchpad for IGOs, INOs; DAO Treasury, Side Chain will be released in Q2.

With such an ambitious plan for 2022, GemUni is looking forward to partnering with game studios, Global Ambassadors, and artists to create a first class Decentralized NFTs Gaming Platform. 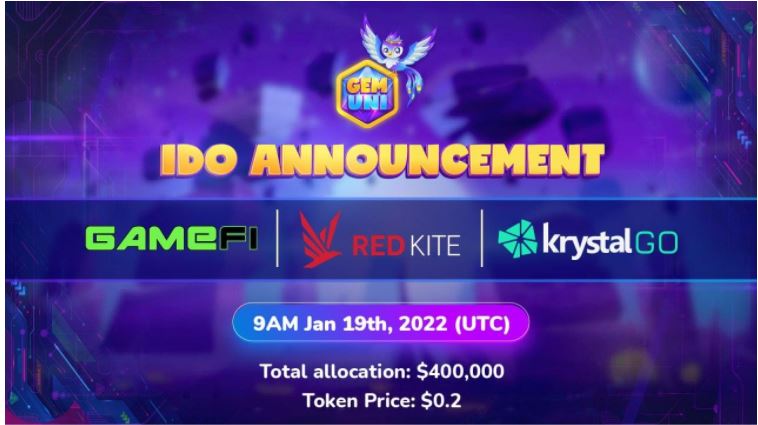 On January 19, GemUni is conducting its Initial DEX Offering across three launchpads GameFi, Red Kite, and KrystalGO. With a public price of $0.2 per token, GemUni implied the project valuation is $20 million at IDO.

GemUni CEO & Founder Cassie Nguyen says that her team is working day and night to bridge the gap between gaming and the new Play-to-Earn model to create an ecosystem for 3.2 billion gamers and studios around the world.

“Never before have we seen the hype around this combination between gaming and the crypto economy,” she stated “We are proud to be the first Play-to-Earn platform for everyone’s favorite gaming experience. Now, everyone can enjoy fun & easy games in their own time, while earning real-world value.”

GemUni aspires to become the “Decentralized Steam” for NFT Games Play to Earn – an ultimate destination of extraordinary GameFi experiences. Follow GemUni to get updates about the project’s January 19 IDO on GameFi, Red Kite, and KrystalGO.

Email: growth@gemuni.io
Disclaimer: This is a paid post and should not be treated as news/advice.

Bitcoin takes a hit as a popular payments token among consumers