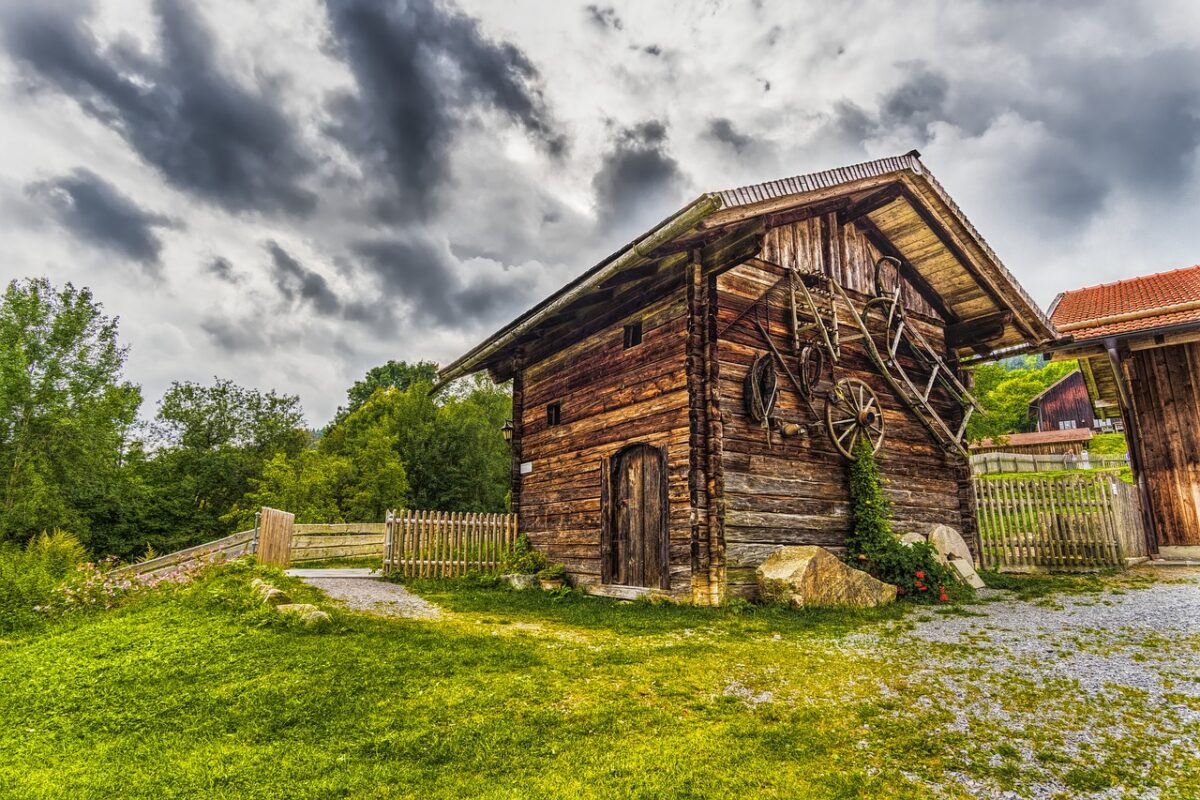 Over the past couple of days, Bitcoin has surged past the $40k-mark to trade at around $44.2k, at the time of writing. Alongside Bitcoin, Bitcoin’s Dominance also rose sharply. This underlined that altcoins did not participate as strongly in Bitcoin’s rally.

However, this could change in the days to come. Uniswap had been on a downtrend since the second week of February, but this short-term trend appears to have shifted recently. 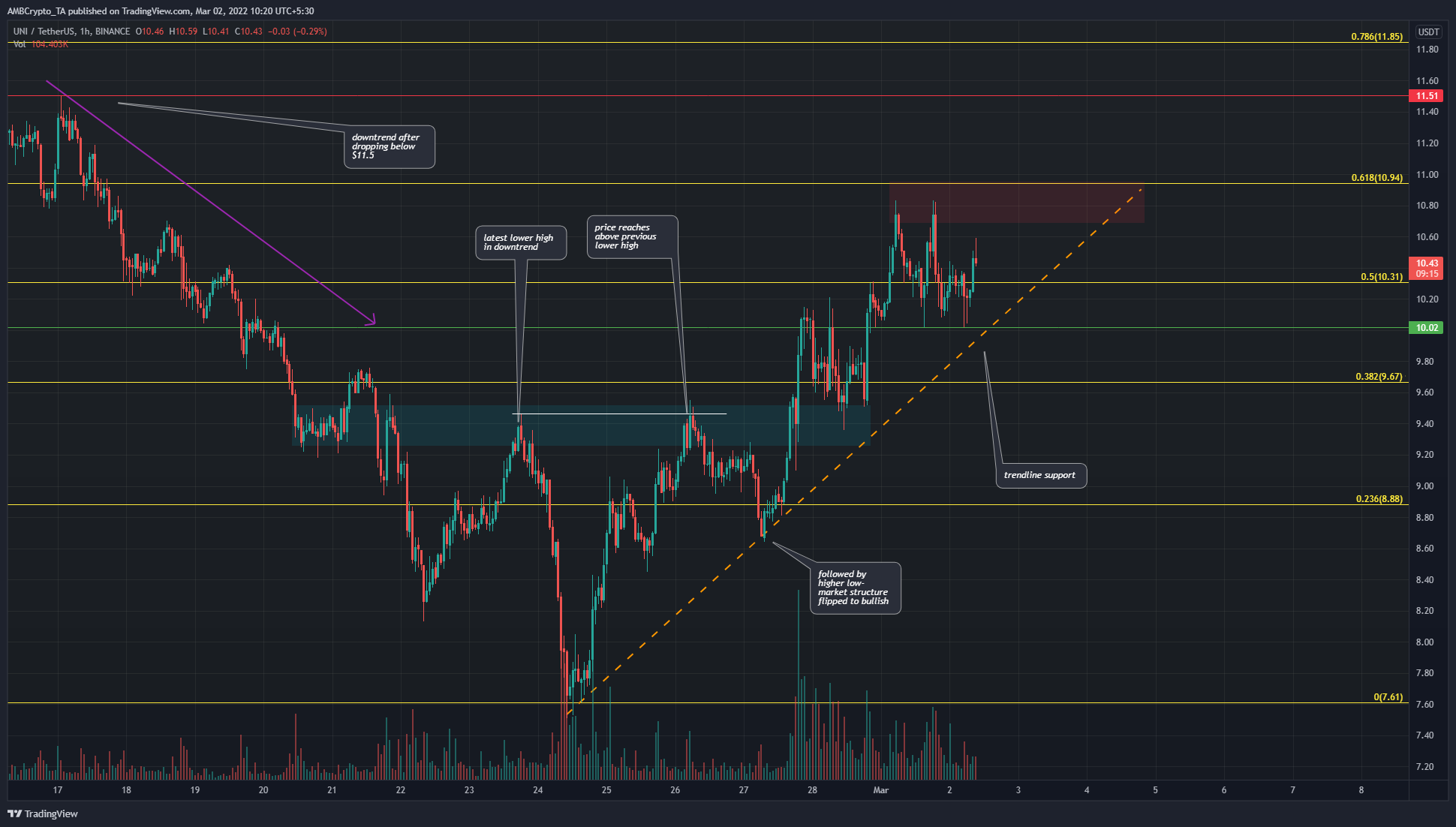 Any larger move for an asset has smaller moves and pullbacks within it. Therefore, before we explore the near-term bullish case for Uniswap, we must appreciate the fact that UNI has been on a downtrend since November.

Just recently, the bearish market structure (short-term) was broken and flipped to bullish when the price was able to climb past $9.47. Subsequently, it formed a higher low at $8.6. At $9.4 was an area of former supply on the hourly chart, but UNI bulls have been able to flip this area (cyan box) to demand as well.

There were two resistance levels for UNI bulls to watch out for. The closest was the $10.8 area (red box), and beyond it was the $11.51 level. Both of them were important levels that, once flipped, saw UNI slide further. Therefore, in a similar fashion, a move beyond these levels could herald a larger move north for UNI. 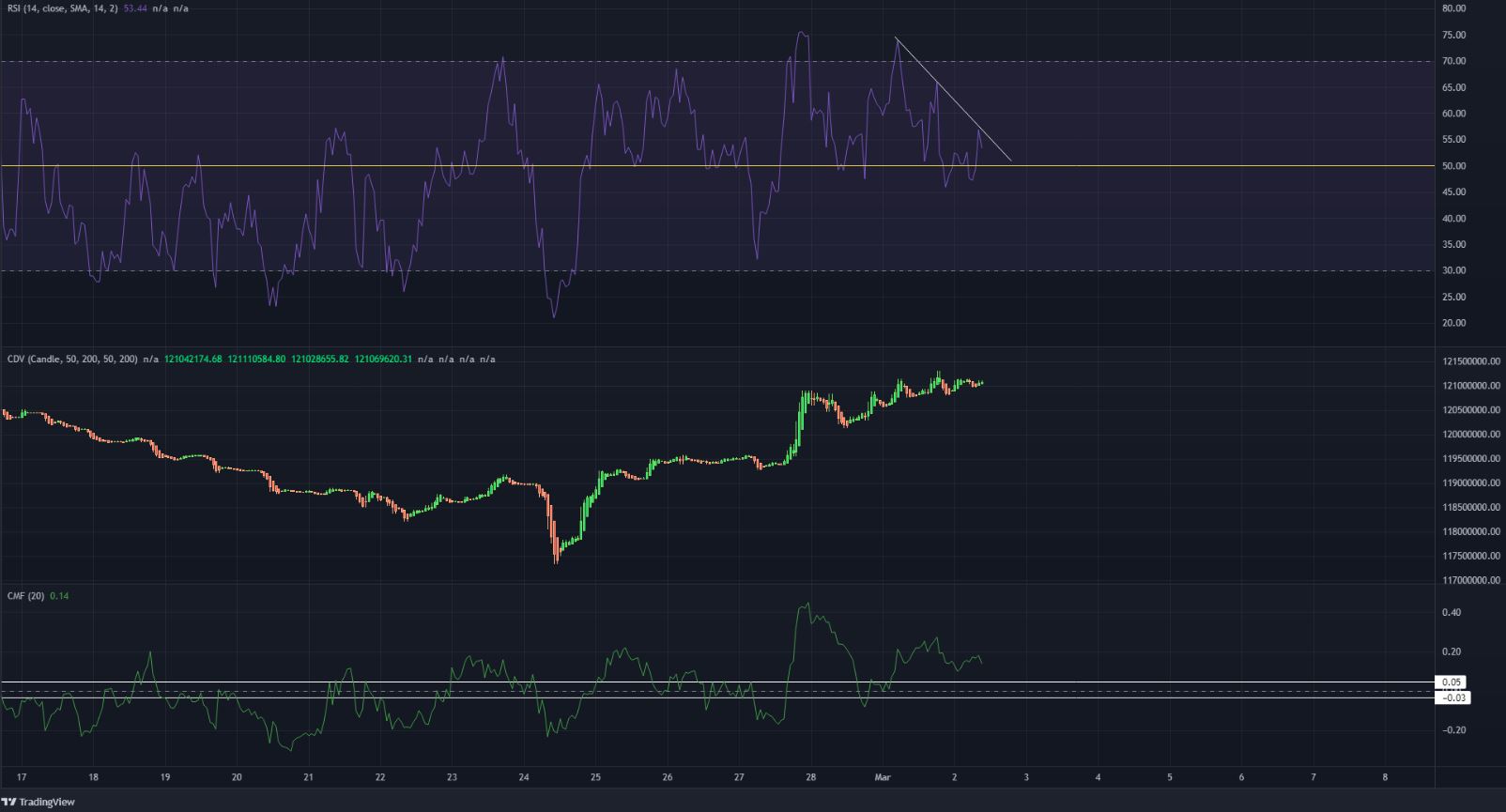 The RSI has retreated from 74 to 52, and a move above the trendline (white) on the indicator could see UNI move higher on the charts as well. The CDV was encouraging too, picturing consistent buying volume over the past week. Hence, UNI has had genuine demand behind its rally from its $7.6 lows.

The Chaikin Money Flow was also above +0.05. This indicated significant capital flows into the market and buyer strength.

The short-term market structure seemed bullish, but this could be a retracement before a move lower on the longer timeframes.

Therefore, the $10.8 and $11.5-levels are take-profit levels. New long positions can be considered if $11.5 is flipped to support.

Thothus: Creating an environment for DeFi of Metaverse