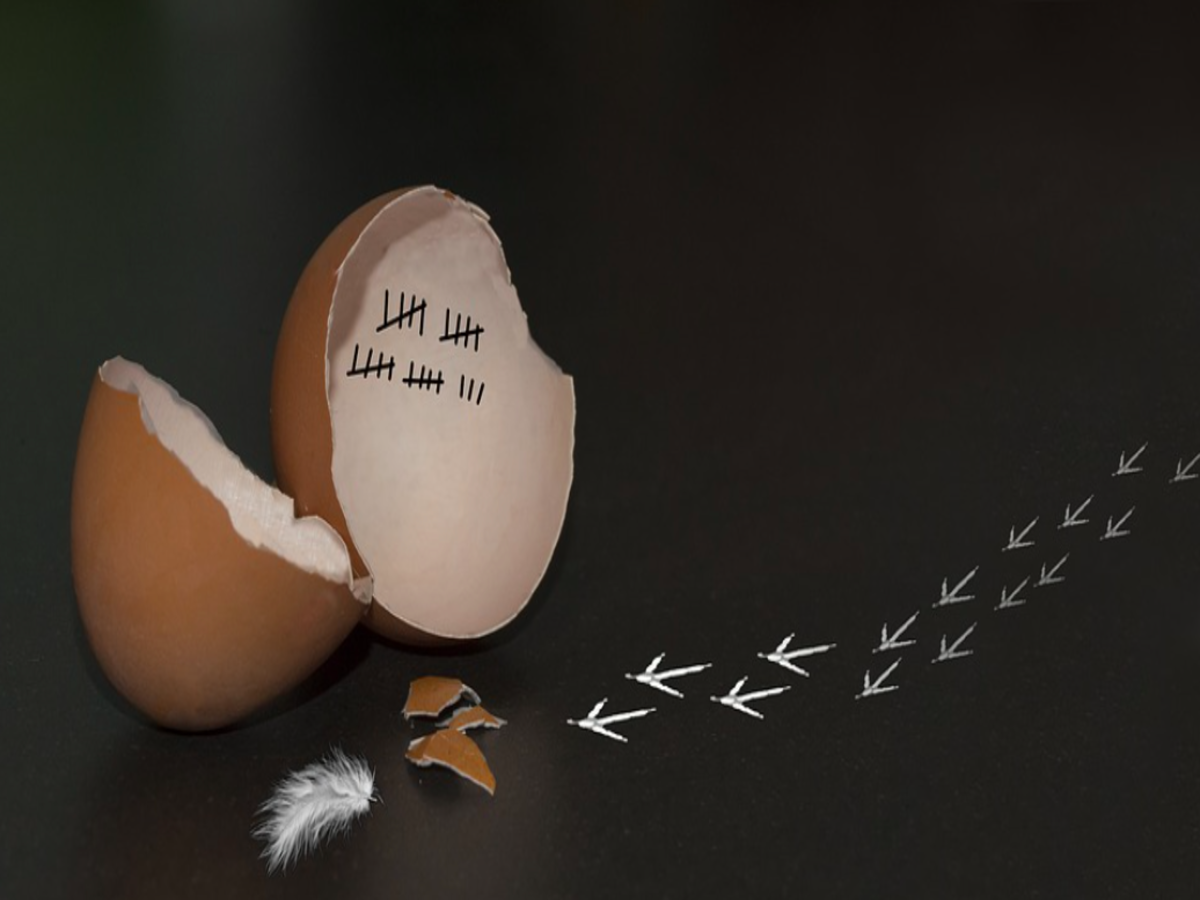 Over the past few trading sessions, Cardano bulls have been dragged down by the bears. In the bygone week, the alt made several attempts to climb above $2.1. However, ADA was rejected almost every single time.

Cardano’s shrunken market cap was well under $66.4 billion, at the time of writing. In fact, altcoins like BNB and Solana were in better positions on the rankings chart.

Underwhelming, to say the least?

Well, despite the ADA’s dwindling price and market cap, Cardano’s protocol revenue has been hitting new highs of late. According to data from Token Terminal, the total revenue quite recently managed to enter the $105-$140 billion bracket.

Even on the macro timeframe, the current close-to-$70 billion range is more towards the highs than the lows. 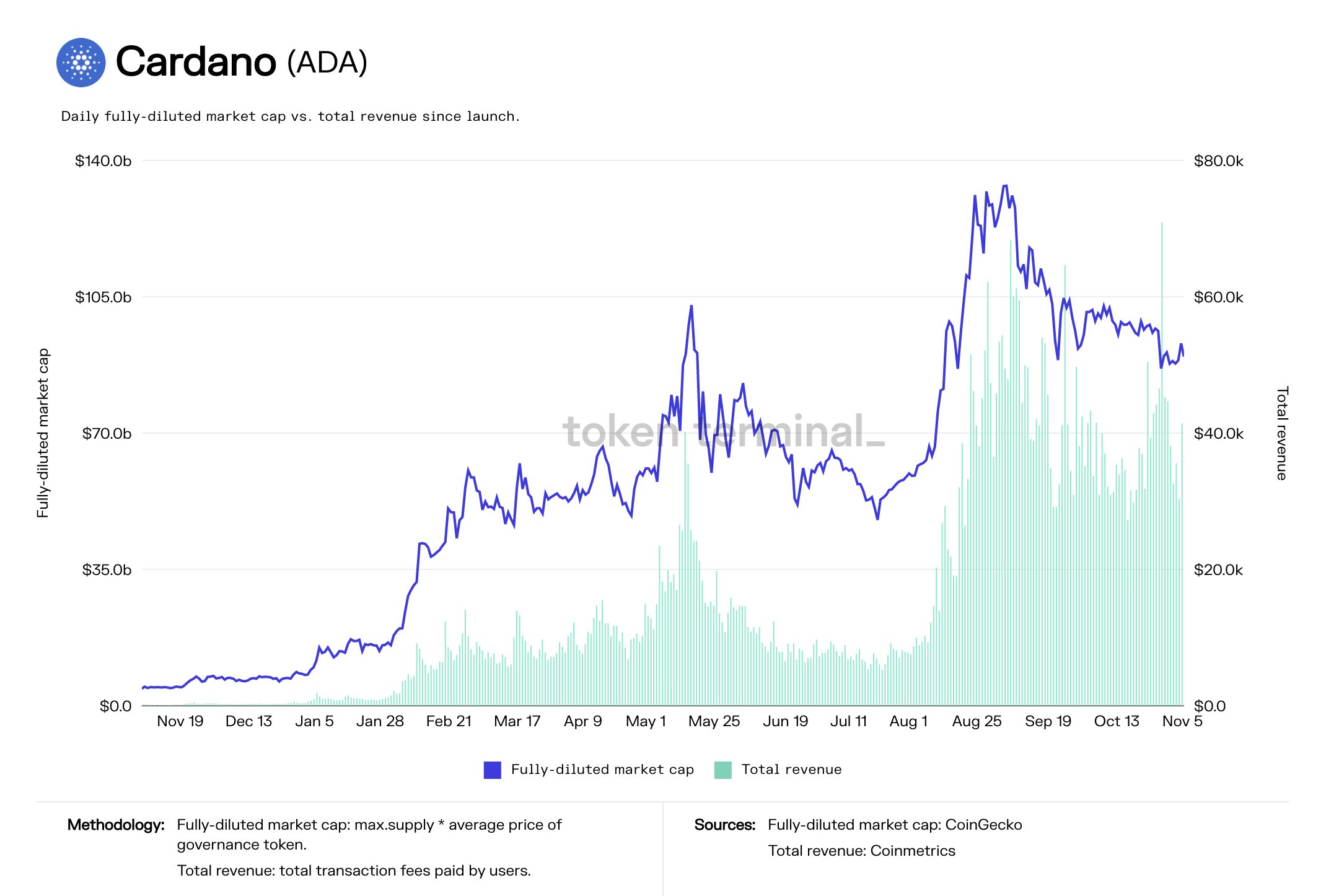 Well, the aforementioned data comes as a surprise. Especially since it indicates that more people are engaging and interacting with the protocol and aiding in the generation of revenue.

When the on-chain data is looked at, the hazy picture becomes clearer. The number of transactions taking place on the chain, for instance, hasn’t registered any dramatic hikes. It has been spending time below 100k since the beginning of November.

Well, the average ADA transaction size witnessed a massive spike earlier this week and has been hovering around $200k of late. Transactions usually constitute both buy and sell proceedings. So, a hike in the transaction size cannot blatantly be considered to be a positive sign.

When broken down and viewed, the average balance of HODLers has been diminishing. This means that the sell-side pressure still has the upper hand in the Cardano market. Further, as per the trades per side, in the last 6 hours alone, over 5.6 million additional ADA tokens have been sold than bought. 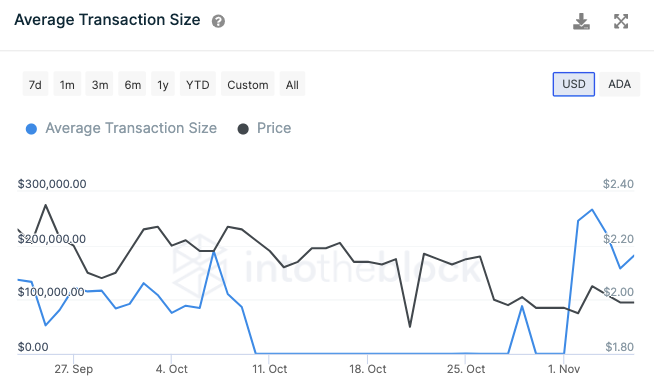 Nevertheless, the turnover ratio [volume/OI], along with the slope of the basis curve, has been rising. In conjunction, they indicate that speculative interest is brewing and retail market participants are slowly exhibiting more preference towards ADA.

So, will the bulls awaken soon?

On the price charts though, Cardano broke below the support line of its symmetric triangle towards the end of October and started making lower lows. However, over the last few days, the price has been trying to incline and bounce north. Alas, it hasn’t been able to gracefully do so. In effect, the alt has been rangebound in the $2 region only.

Thus, if the aforementioned speculative interest intensifies even more, then it would be fair to expect a slight pump. However, keeping in mind the state of other metrics and the bearish sentiment, it looks like Cardano will be dancing to its own music for some more time.

At this point, it seems like Cardano’s bullish stint put a full stop post crossing $3 in September. The odds of the sleeping bulls awakening in the foreseeable future seem to be minimal.