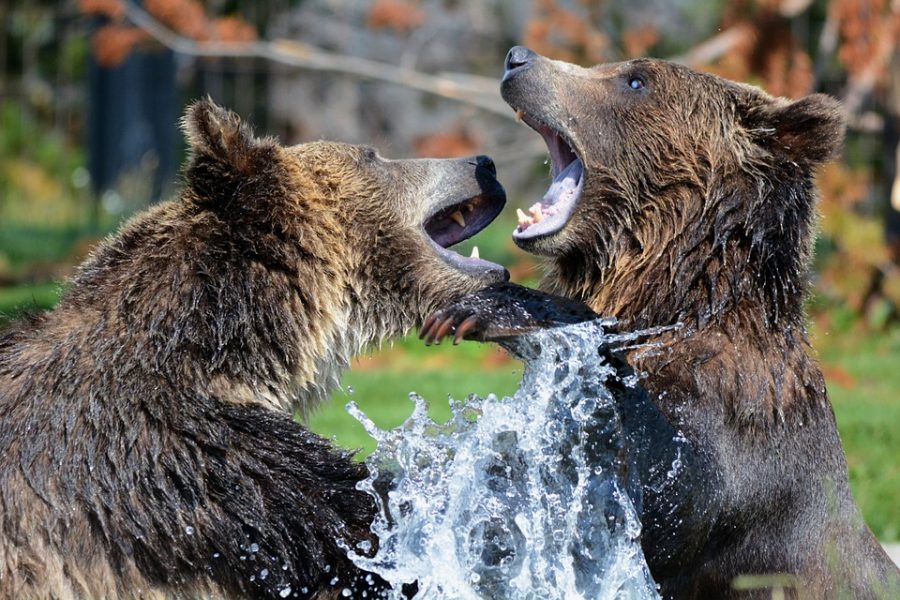 The ongoing crash has resulted in bearish sentiment seeping into this space. Various different crypto exchanges have seen an incline in selling pressure within their platform. While the general HODLers suffered the most, even the crypto billionaires lost a significant chunk of their holdings.

Although it wasn’t long ago when BTC hit an ATH over $65k, it couldn’t sustain that level for long. As per CoinMarketCap, BTC was trading at the $35k mark with a correction of 10% and 25% in the past 24 hours and the 7-day period.

The topic of what led BTC down this road is something that many analysts are looking at: Elon Musk‘s tweets to China‘s FUD playing a part in its decline.

Fear and Green index for Bitcoin stood at 19 which signified “extreme fear”. But buying the dip was a mantra many analysts are standing by.

Adding to his series of tweets, the crypto trader added two possible scenarios for Bitcoin on the social media platform.

The Weekly Close will decide where BTC wants to move:

The same can be observed in the following chart. 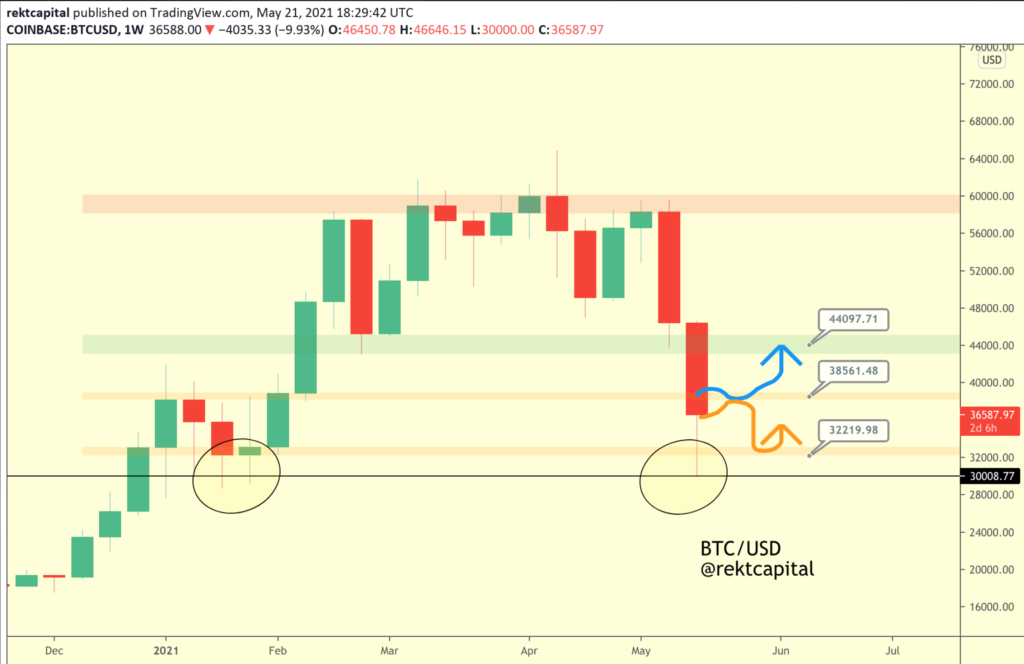 “BTC struggling to hold $38K as support Which means $BTC has failed to hold the ~$38K to ~$44K range and has broken down into the $32K to $38K range As the week winds down, BTC will be negotiating with itself which range it ultimately wants to Weekly Close in.” 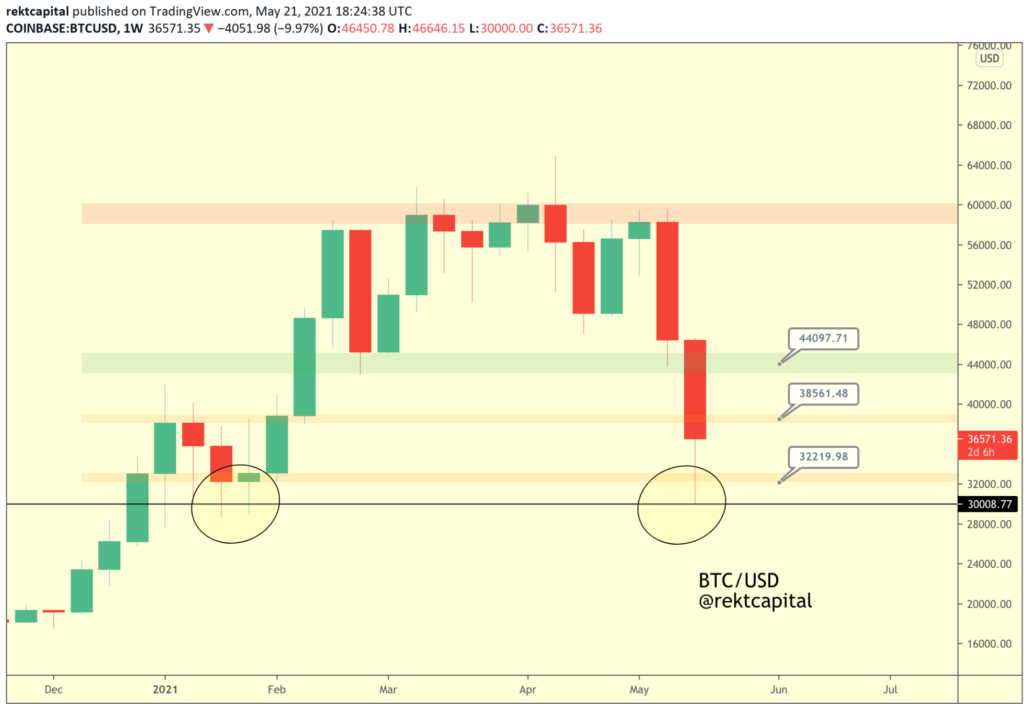