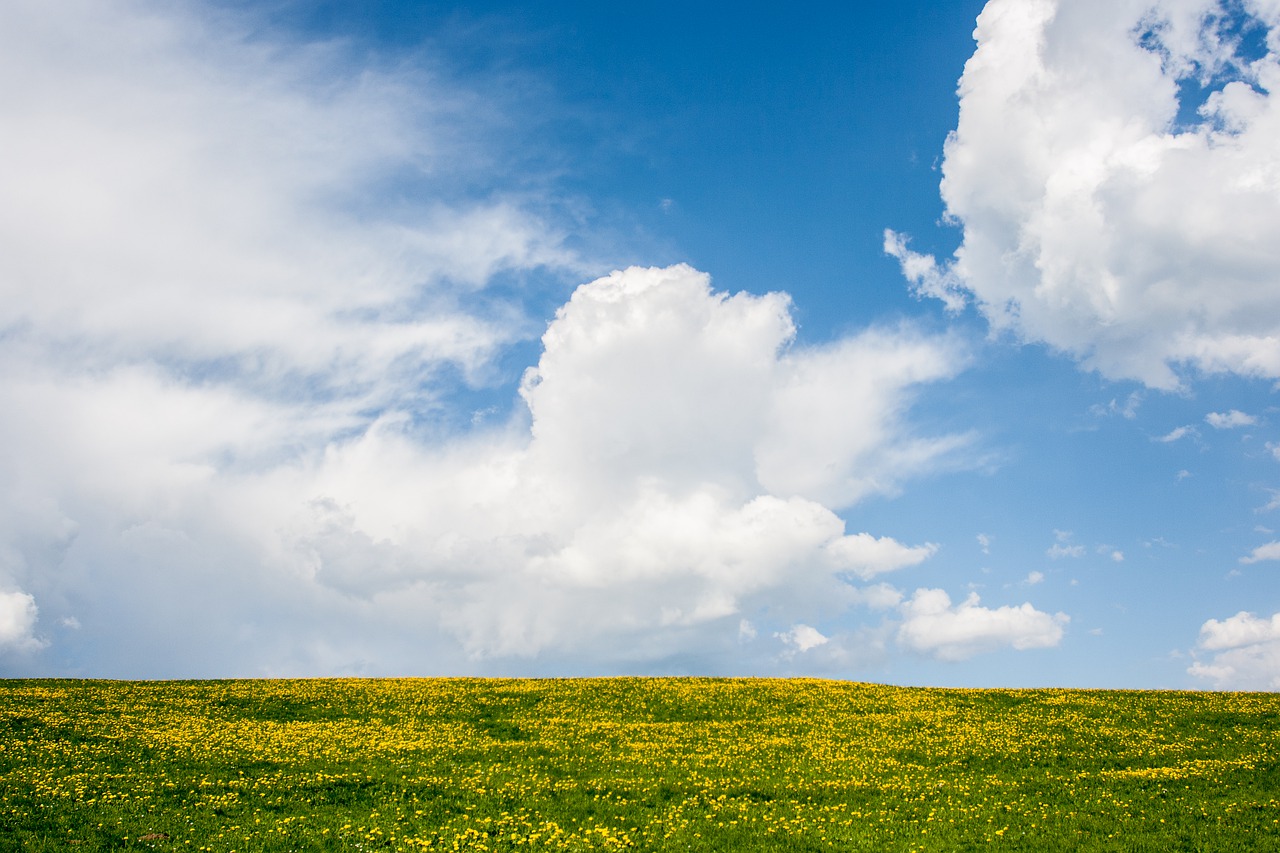 Ethereum’s price has been surging over the last few days, with the altcoin even touching the $2,000-mark briefly, before falling below it again. While the latter half of 2020 and the entirety of 2021 has seen ETH grow exponentially, it is interesting to see how DeFi in 2021 has been a key factor behind ETH’s growth.

In comparison to ETH’s price point at the start of the year, the altcoin has grown by over 180 percent in the short span of three months. While one can argue that this has resulted from the hike in popularity of the DeFi ecosystem, it is important to note that ETH has had a rather interesting love-hate relationship with the space.

The DeFi summer of last year saw the TVL locked in DeFi grow from a billion to close to 13 times that amount. At press time, data from DefiPulse highlighted how the TVL was around $45.45 billion – a staggering surge. Over the same timeframe in 2020, ETH also witnessed a surge in user activity and interest, both of which translated well on its price charts.

However, the same interest in DeFi also posed questions regarding the sustainability of Ethereum as a platform. With an increase in interest in DeFi, transaction fees and Gas on Ethereum surged, with the same resulting in more criticism and scrutiny of the platform.

A recent report by CoinMetrics highlighted how 2021 differs a bit from the previous year when this subject is looked at. The report pointed out that “Decentralized finance (DeFi) surged back into the spotlight in early 2021 following its initial rise in summer 2020. All of the major DeFi tokens had a great first quarter, with most up at least 100%.”

In addition to this, the surge in demand, awareness, and popularity of NFTs may also have played a key role in driving adoption and the value of ETH in recent months. The report went on to add,

“But Ethereum’s biggest Q1 storyline was undoubtedly the explosion of non-fungible tokens (NFTs). Ethereum has hit the mainstream media more than ever before thanks to huge cryptoart sales headlined by Beeple’s Christie’s auction, celebrity attention from Mark Cuban, Elon Musk, and others, and the explosion of digital collectibles like CryptoPunks and Hashmasks.” 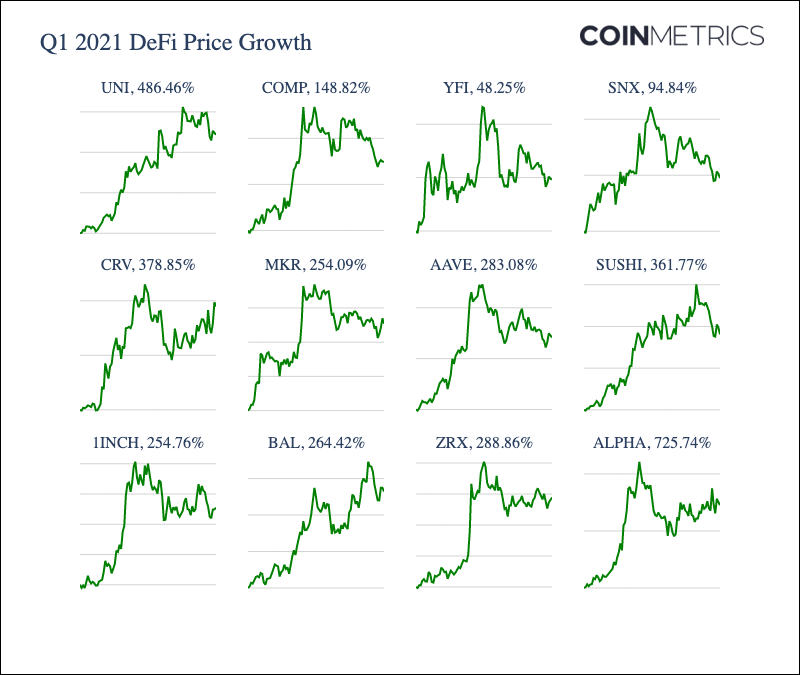 With DeFi tokens on the rise and NFTs refocusing the spotlight, 2021 has proved to be an eventful year for the space. One could argue that this has also translated well for Ethereum and recent price rallies have resulted not just from fundamentals, but also from the growth of DeFi.

Interestingly, this has, in turn, translated well for Ethereum’s market fundamentals. According to data provided, there are about 800,000 more addresses holding at least 0.1 ETH than there were at the beginning of the year. Glassnode also reported that the number of active addresses (7d MA) climbed to a 1-month high of 33,257.149.

Such an increase in activity is a positive sign for ETH in the long term, but it may have a few concerns for the coin in the short term. These short-term woes were summed up by the report and read, 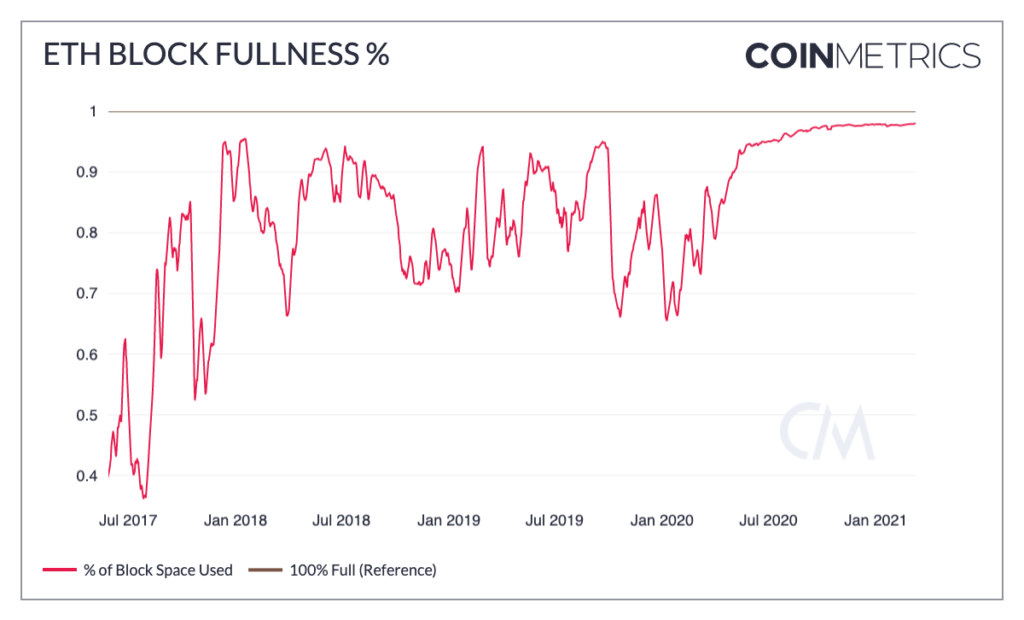 What’s more, since the rise of DeFi in the summer of 2020, blocks have consistently been about 95% full or more. In March 2021, blocks have been 97%-98% full on average, according to data provided by CoinMetrics. Full blocks lead to congestion on the network and end up in high gas fees.

This is an issue that Ethereum has faced in the past and it continues to be so right now. While DeFi has been a key catalyst for ETH’s growth in the long run, it has posed challenges for the network in the short term. Such was the case in 2020 and with regard to sustainability, a lot needs to be changed going into 2021.

Ethereum: $2100 falls as altcoin shoots past yet another ATH