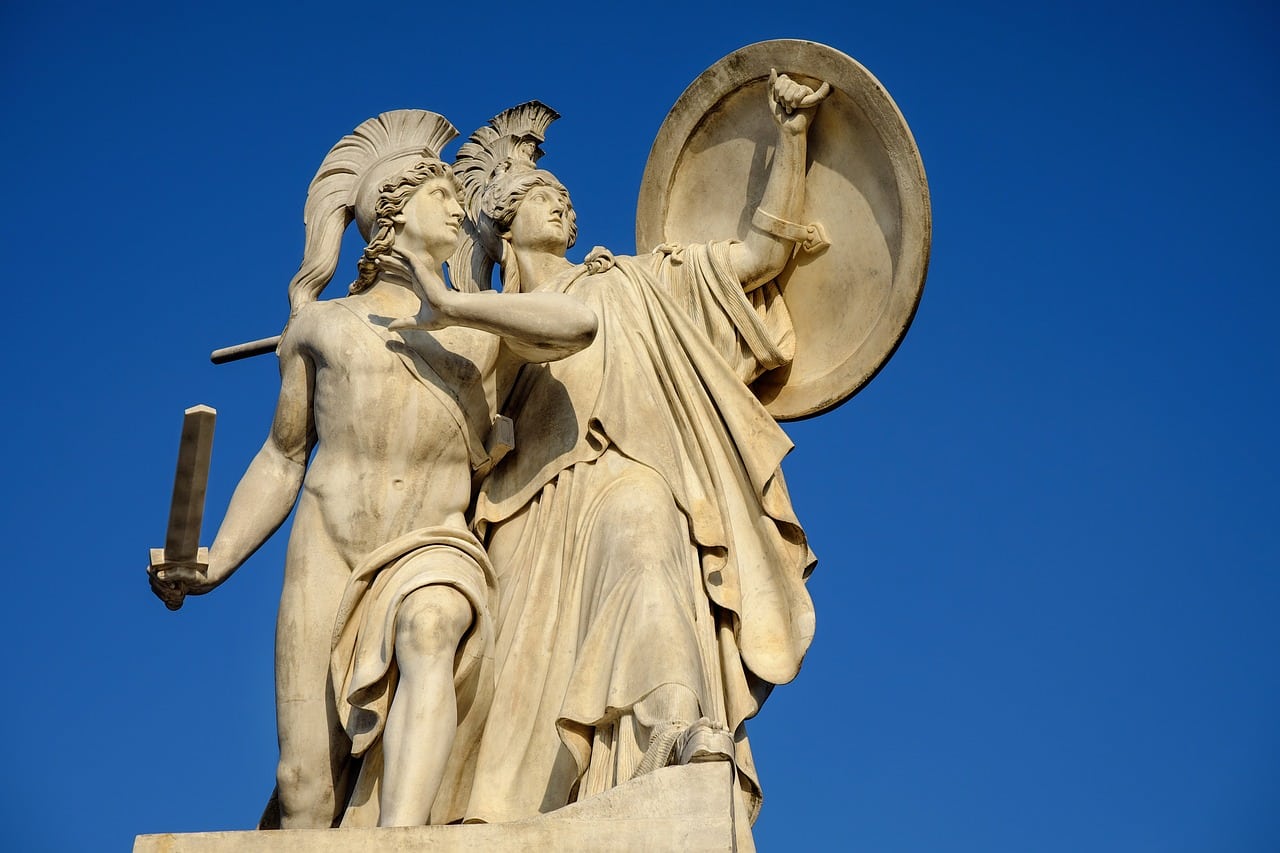 Bitcoin had a quiet couple of days as volatility died out over the weekend. It could return with a vengeance on Monday. Stock market indices such as S&P 500 were bearish over the past week, and 19 December could set the trend for the next week.

– Are your DOGE holdings flashing green? Check the profit calculator

Dogecoin fell back into a region of support at $0.072 and saw a 4% bounce over the last two days, but Open Interest was weak.. However, it still faced resistance at $0.08, a level that has been significant over the past month. Can bulls reclaim this level and push higher?

A bullish order block rescues Dogecoin, but this could be nothing more than a temporary respite 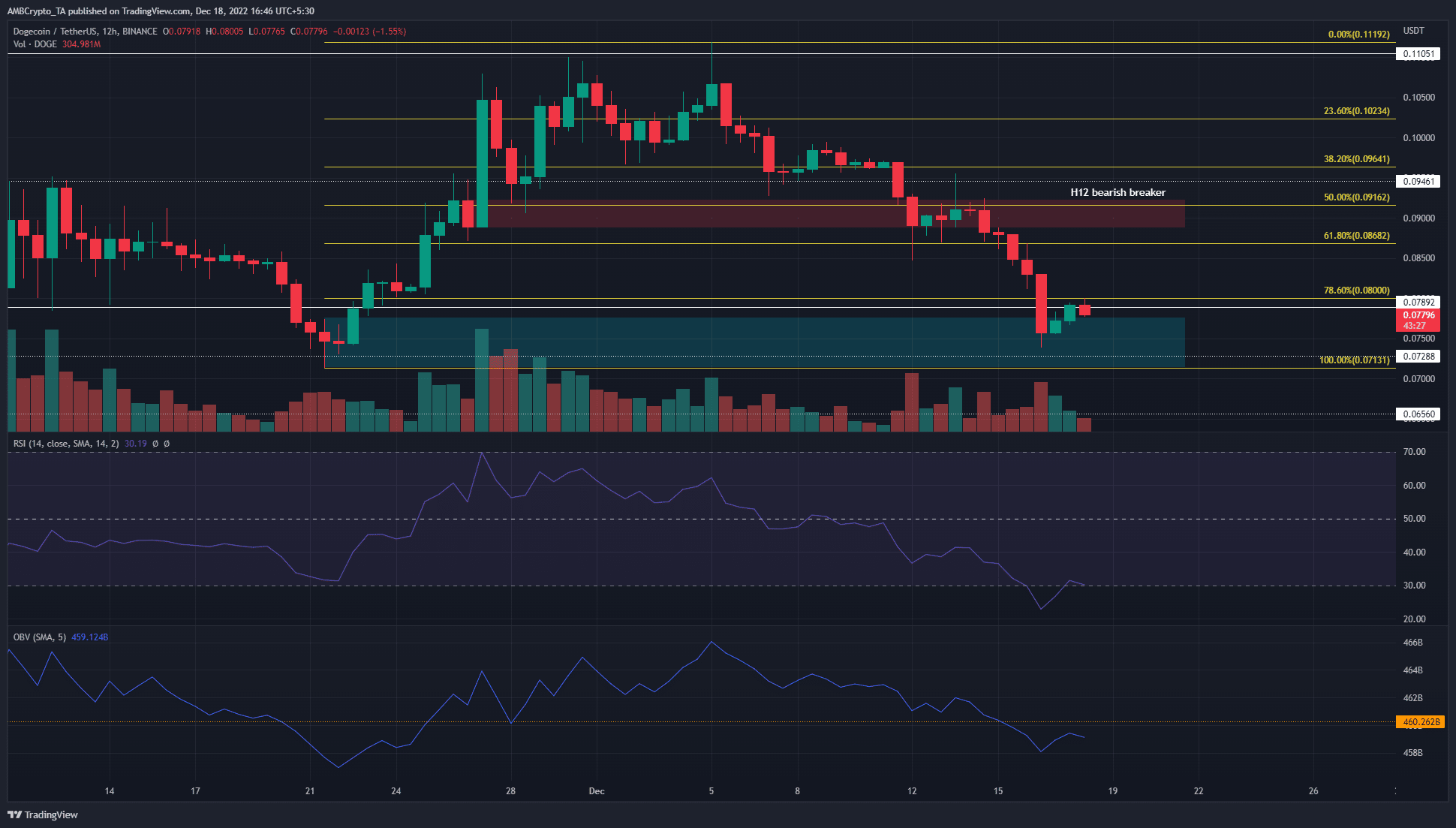 Based on the late November move from $0.071 to $0.119, a set of Fibonacci retracement levels (yellow) was drawn. At the time of writing, the price has sunk beneath the 78.6% retracement level. It encountered bullish order block, marked in cyan, above the $0.072 level of support.

The almost complete retracement meant that Dogecoin likely traded within a range and was not in a strong trend. The Relative Strength Index (RSI) oscillated from strongly bullish to strongly bearish momentum even though DOGE has not displayed a longer-term trend since mid-November. The On-Balance Volume (OBV) also sank beneath a level of support from late November.

Together, they suggested that the sellers were dominant. A daily session close beneath $0.071 would likely initiate a leg downward for DOGE. However, brave bulls can look to bid the asset within this zone.

The $0.8 level was flipped to support before the surge to $0.119 a couple of weeks ago. As a horizontal level as well as a Fibonacci retracement level, it held significance. A retest as support in the coming days can offer a buying opportunity. Take-profit targets would be the bearish breaker at $0.091, and the $0.11 highs. Below $0.072, the next level of support lies at $0.065. 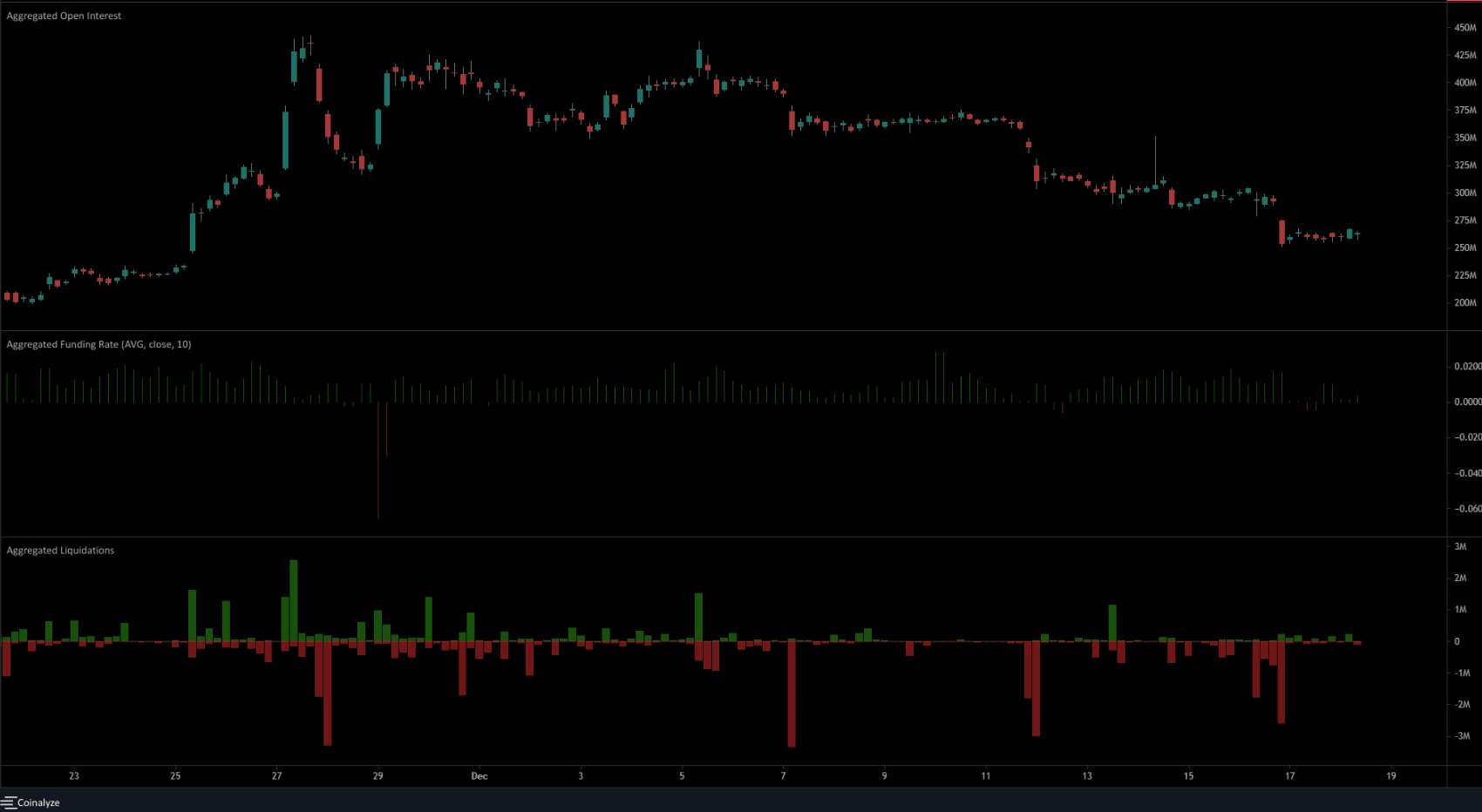 Since the beginning of December, Dogecoin has seen session with a sharp drop in prices. These were accompanied by millions of dollars worth of long positions being liquidated. Throughout the descent from $0.119 on 5 December to $0.075 on 16 December, the Open Interest also saw a decline.

This indicated long positions were discouraged. The funding rate remained in positive territory, which also showed that the majority of the market did not begin to pile into short positions.

Are Arbitrum, Optimism already banking on a profitable 2023? This report suggests…