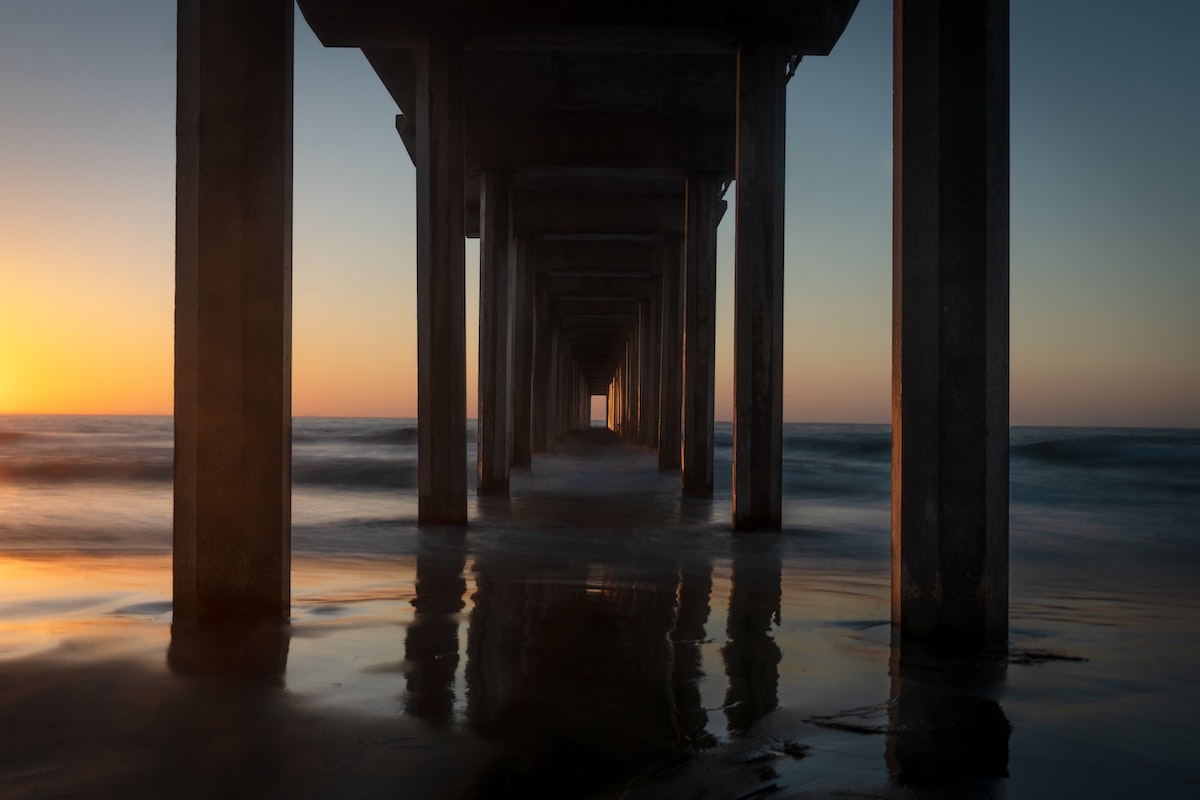 Despite the recent cryptocurrency market volatility, the amount of Bitcoin in the crypto wallets of long-term holders consistently increased. At press time, BTC was consolidating around the $40k mark with a fresh dip of 1% in just 24 hours. While there was a rising uncertainty, HODLers had made their stance quite clear.

The total balance of Bitcoin held by investors who possessed it for over one year was over 11.7 million BTC (around $477 billion) at press time. This marked a new high, according to a chart shared by leading crypto analyst Lucas Outumuro, the Head of Research at crypto market analytics platform IntoTheBlock, on 17 March. 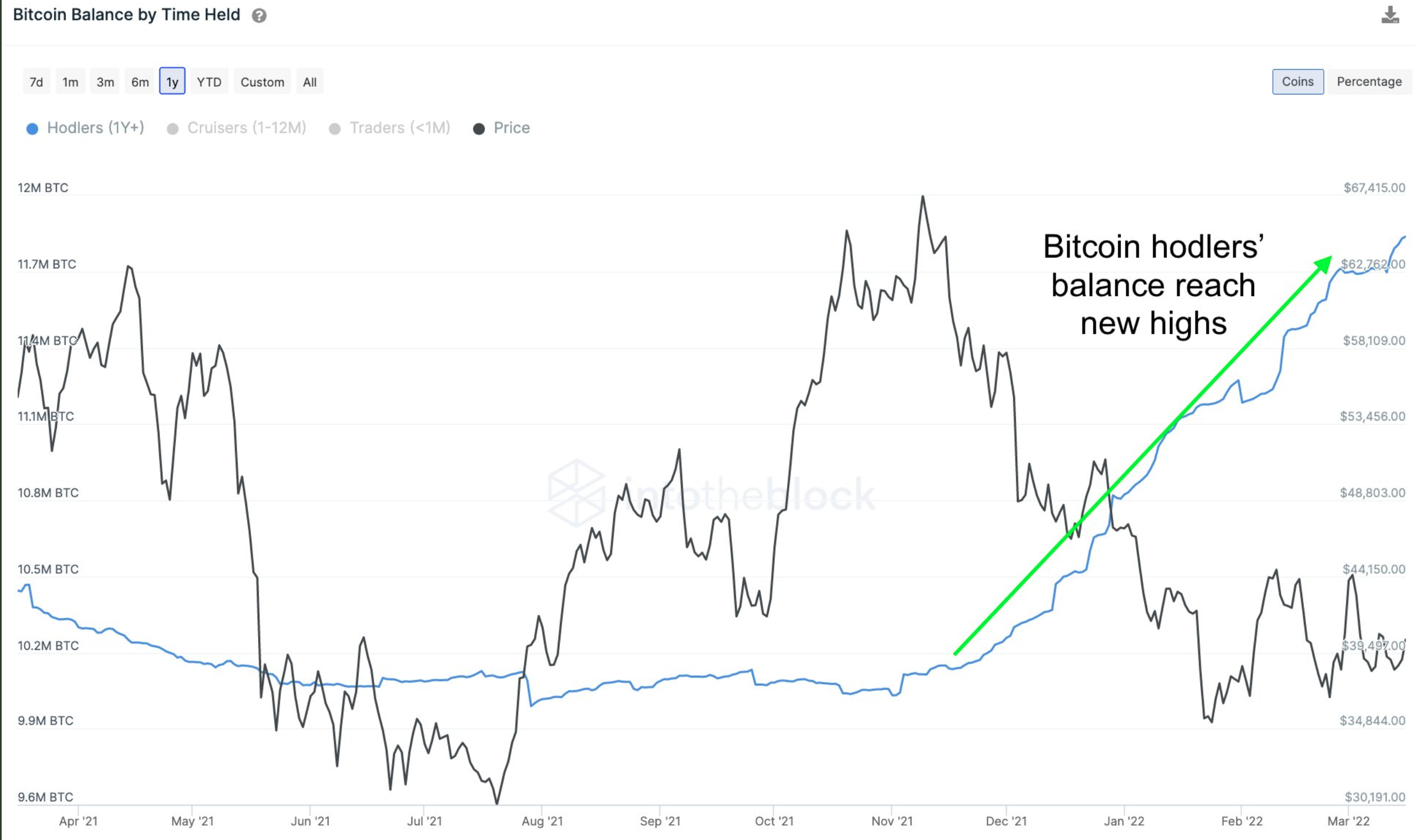 BTC hodlers have been accumulating, thereby, increasing their holdings by nearly 20% since December 2021. This was quite evident in the aforementioned graph.

Accumulation on an increased scale correlated with late-stage bear markets, followed by supply squeeze and initiation of cyclical bull runs. 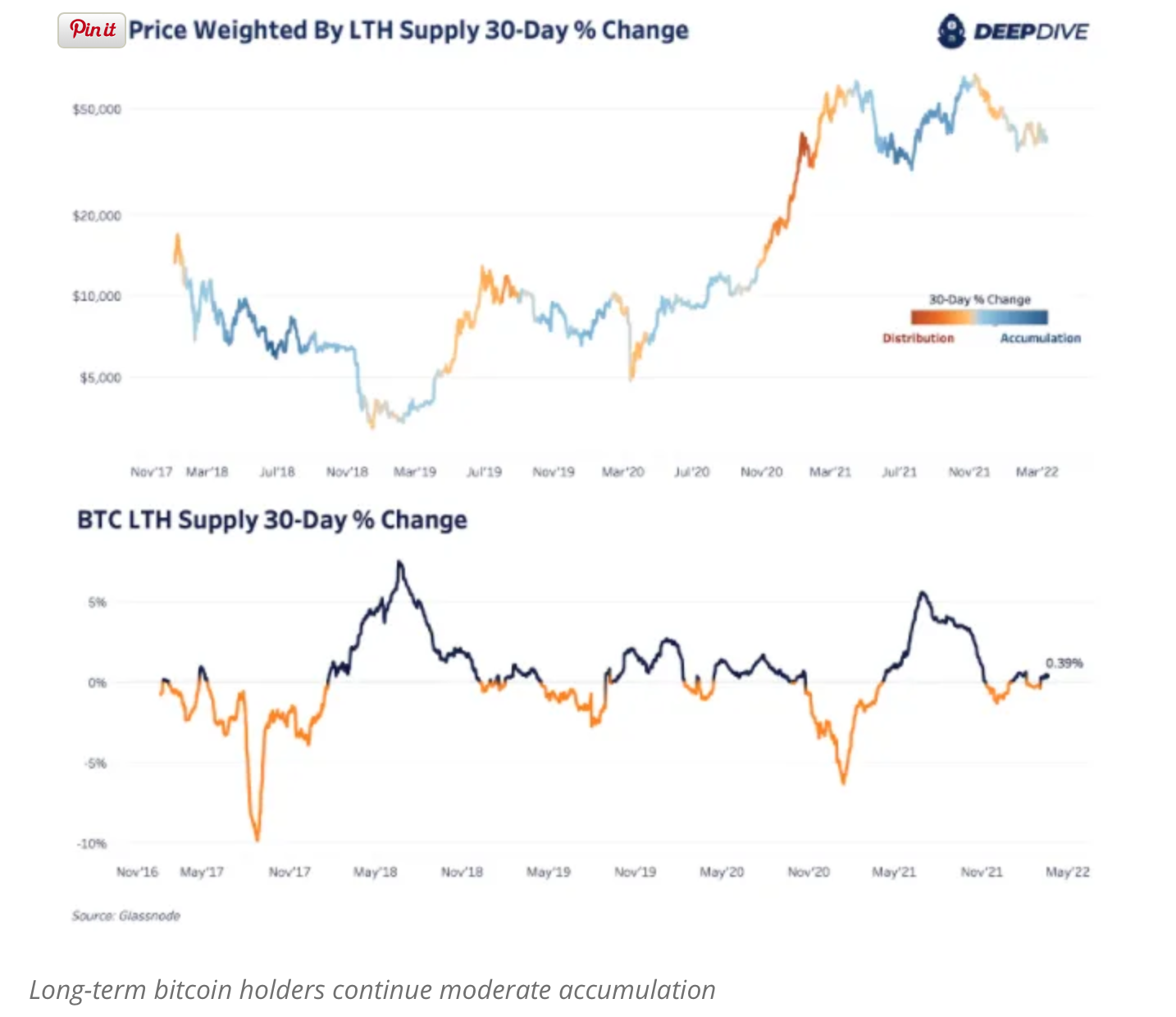 Long-term holder supply increased by 52,648 coins over the last 30 days relative to the peak of approximately 630,000 coins in June 2021. That June 2021 period followed one of the largest long-term holder distribution periods (selling into higher prices) in the last five years.

In addition, the illiquid supply continued to increase, displaying a similar trend. Even in this drawdown period, percentage of illiquid circulating supply had surpassed 2021’s high of 76.02% to 76.25%.

On 18 March, the difficulty of the Bitcoin network decreased by 0.35%. This was the first time since July 2021 that the mining difficulty reduced twice. On 4 March, it decreased by another 1.49%. At press time, the hashrate of the entire network was around 205EH/s. The decrease was a result of miners unplugging their machines due to high energy costs.

Electricity prices soared across the world as one of the world’s largest exporters of fossil fuels, Russia, was enthralled in a war with Ukraine. That’s why global energy supply chains were severed by sanctions.

It’s unclear right now where the crypto might head next, but if the low short-term supply is anything to go by, long-term investor sentiment seems to be bullish.

Avalanche: Watch out for a breakout over $82 from this bullish pattern