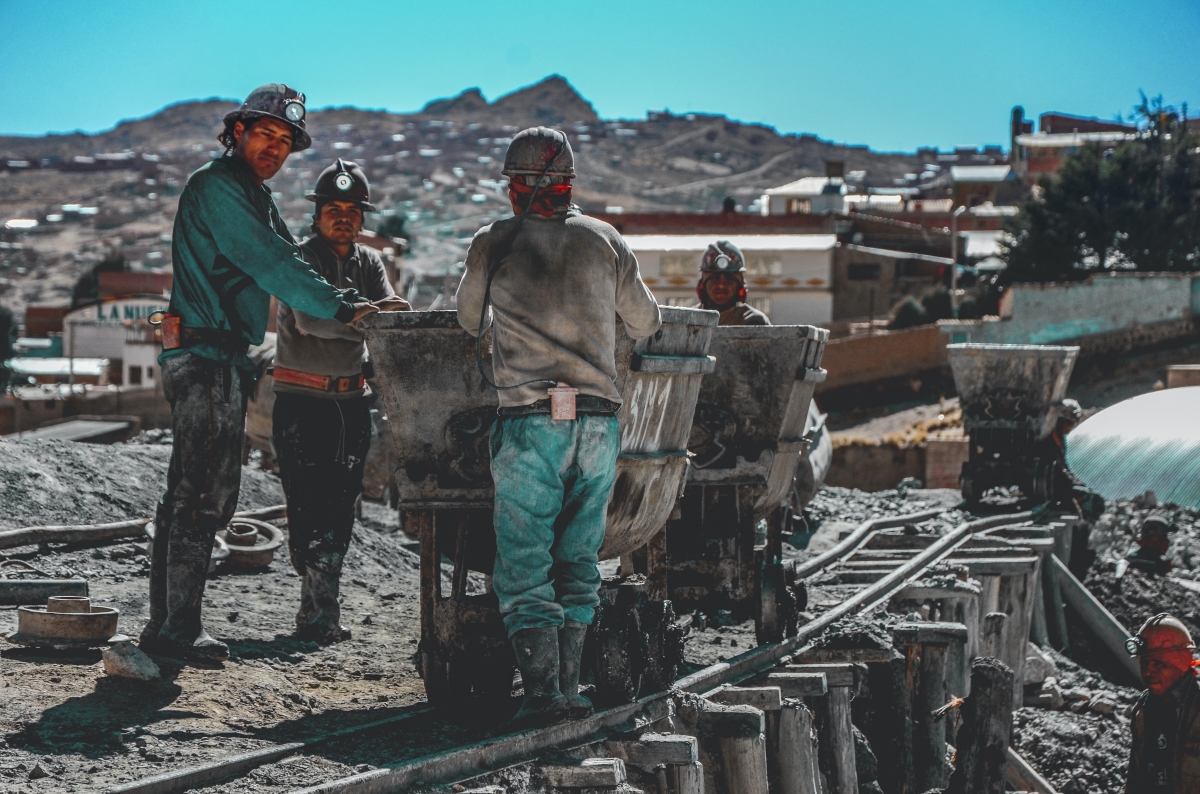 The 1st quarter of 2021 is nearing an end, but the landscape has been anything but monotonous for Bitcoin. In fact, while the digital asset has managed to register a new ATH 4 times in a span of 10 weeks, the market has not been outrightly bullish either.

There have been constant corrections on the charts, most of them in February, with previous reports suggesting that long-term hodlers and miners have consistently taken profits in 2021.

AMBCrypto recently underlined a change in sentiment on the miners’ front, but in light of the crypto-asset’s price picking up pace towards $60,000 at press time, miners’ activity may not create any more bearish conditions for Bitcoin.

Bitcoin Miner Outflow and MPI – Are we set for the next rally?

According to CryptoQuants’ All Miners Outflow chart, it can be seen that the total amount of BTC transferred from miners’ wallets to exchanges was high during the end of January and February.

On 16 March, for instance, outflows of 7,189 BTCs were observed, but the figure was relatively smaller than the 15k BTC outflows on 25 February and 16.5k outflows on 29 January. It is evident that miners have been selling in order to possibly compensate for operational costs or have been just taking in profits in the bull market.

However, the Miner’s Position Index or MPI seemed to suggest that miners’ selling sentiment was falling once again.

According to the MPI chart, the rating had dropped down to 0.38, at press time, with any value below 2 suggesting that the miners were selling less. The last high rating of 1.75 was observed on 16 March when 7,189 BTC outflows were registered, as mentioned above.

Additionally, miners have continued to accumulate Bitcoin over the past few weeks as well. Miner reserve volumes are high alongside BTC’s price, a trend that is reducing the selling pressure on the miners’ side. 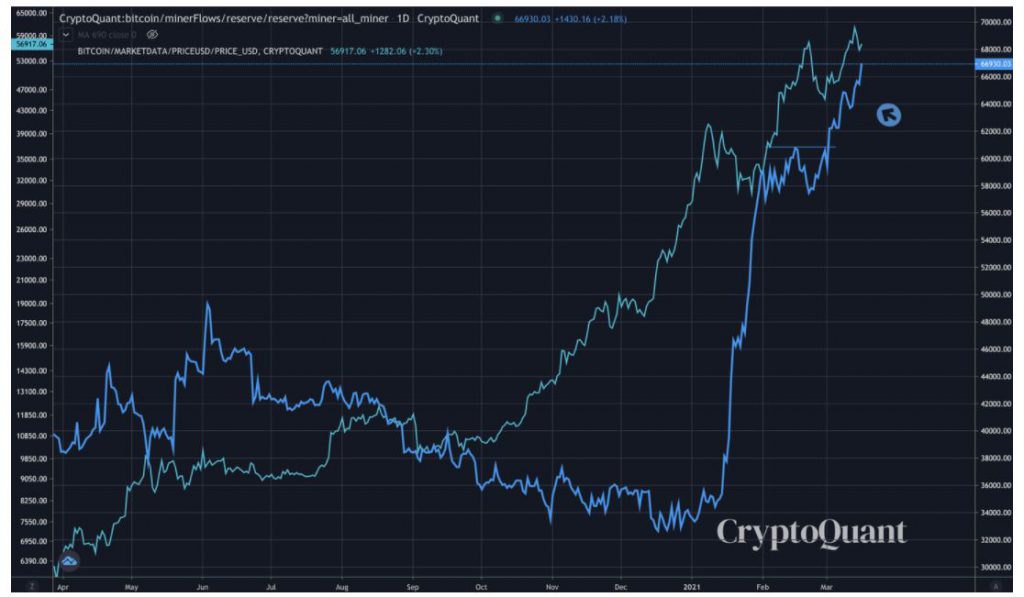 With miners ramping up their accumulation in the market, the bullish case for Bitcoin only improves since retail traders will be competing with each other to enter a Bitcoin position higher on the charts. An absence of price corrections will lead to another supply squeeze, and buying pressure will likely propel the price of Bitcoin upwards in the market.