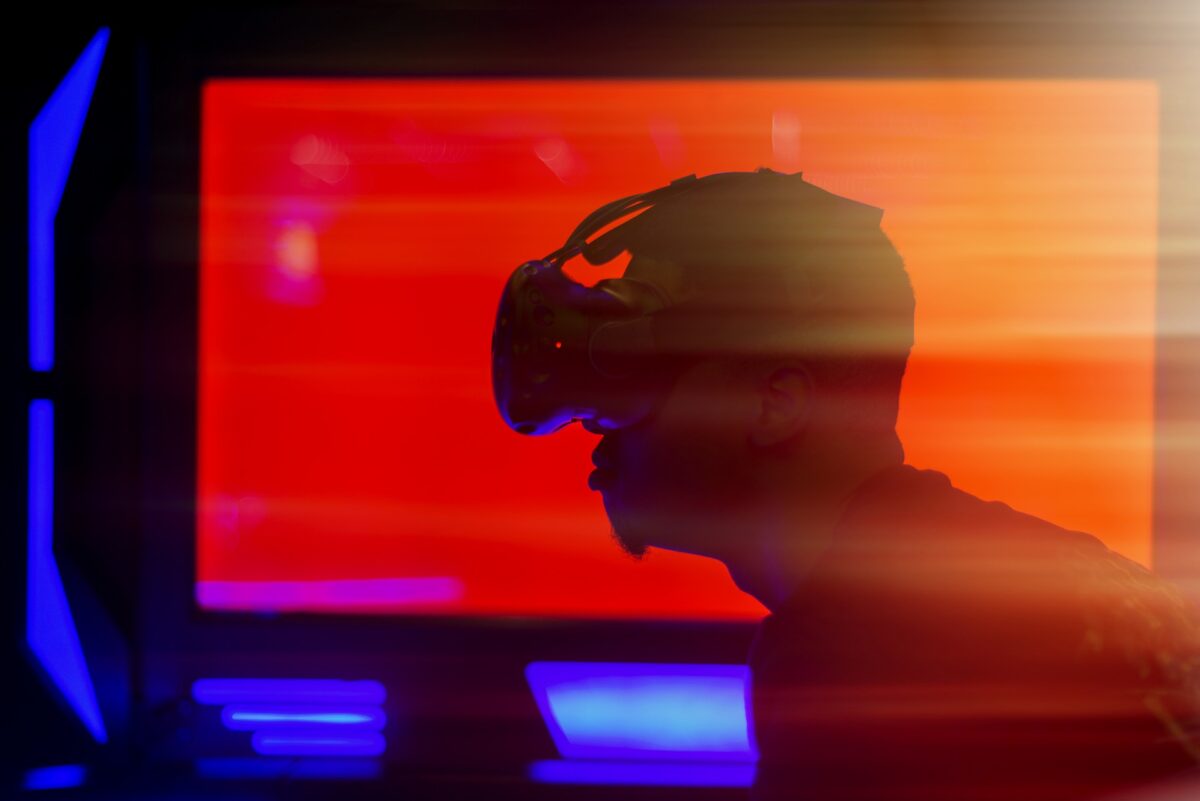 Take the NFT buzz for instance which helped many tokens soar and reach new all-time highs.  In fact, more recently the gaming and metaverse mania has set the stage for the dramatic rise of certain altcoins. Thereby, aiding the larger narrative for the crypto-verse and more importantly- the king coin.

Almost a decade after BTC’s birth, blockchain tech has been leveraged to redefine gaming experiences for developers and players. The same has been made possible with innovations like NFTs and smart contracts. So, the question remains-how exactly has this been acting in favor of the larger market and the entire pro-crypto narrative?

The growth of blockchain gaming

In February 2020, Decentraland officially released its public platform. Even though Decentraland was originally created around 2015, it has gone through several changes to transform into a virtual world where digital real estate sale prices have since increased markedly.

Now, however, as blockchain-based gaming seems to be seeing some mainstream light, NFT marketplaces and digital asset exchanges are providing gamers unimagined venues for extracting value from in-game experiences. This is done by buying and trading these items on a regular global basis.

Notably, the surge of Axie Infinity puts the surge of blockchain gaming in perspective. Data from The Block Research highlights how daily active users and marketplace volume for Axie surged over time. 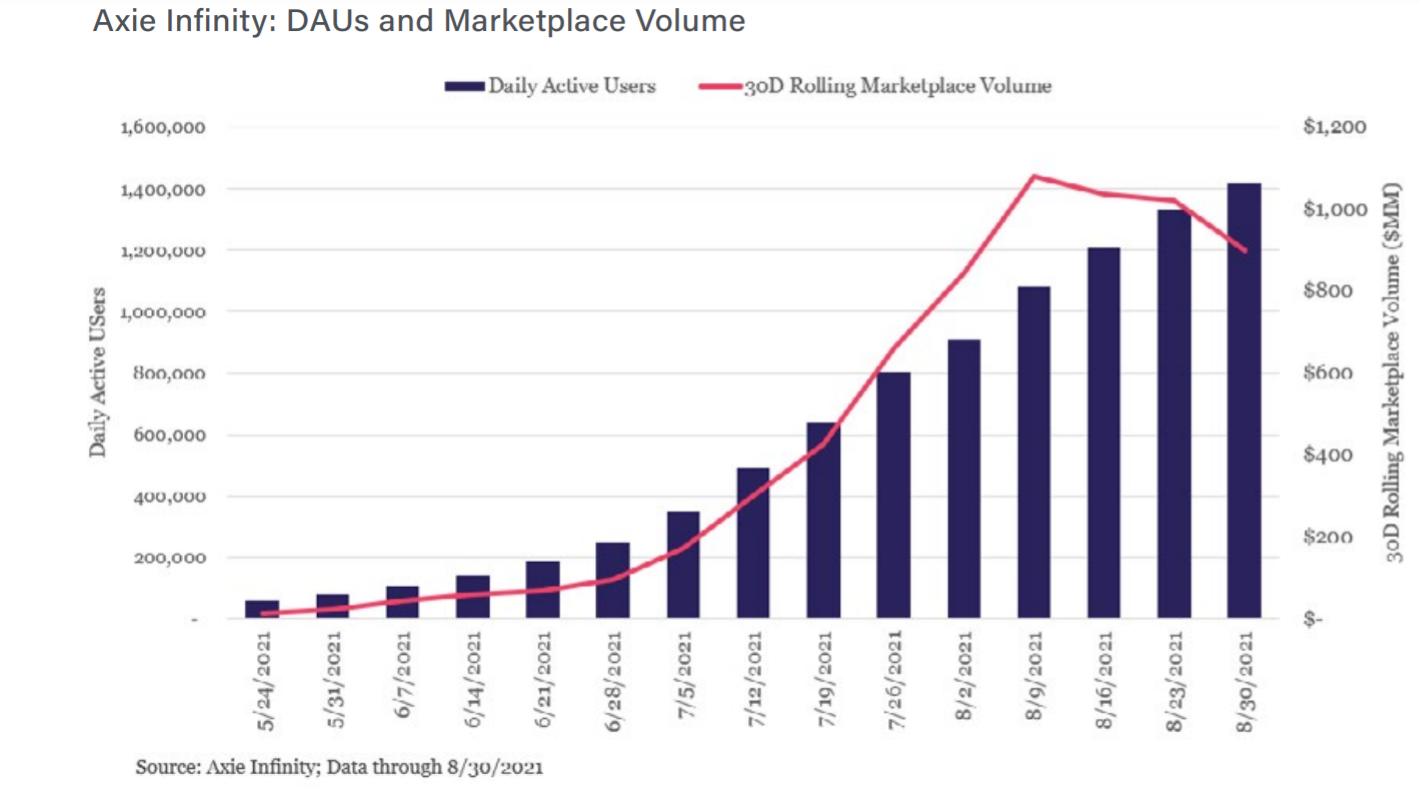 While daily active users continue to rise, marketplace volume has dwindled. This could also be due to the emergence of newer more affordable platforms that participants may be flocking to. 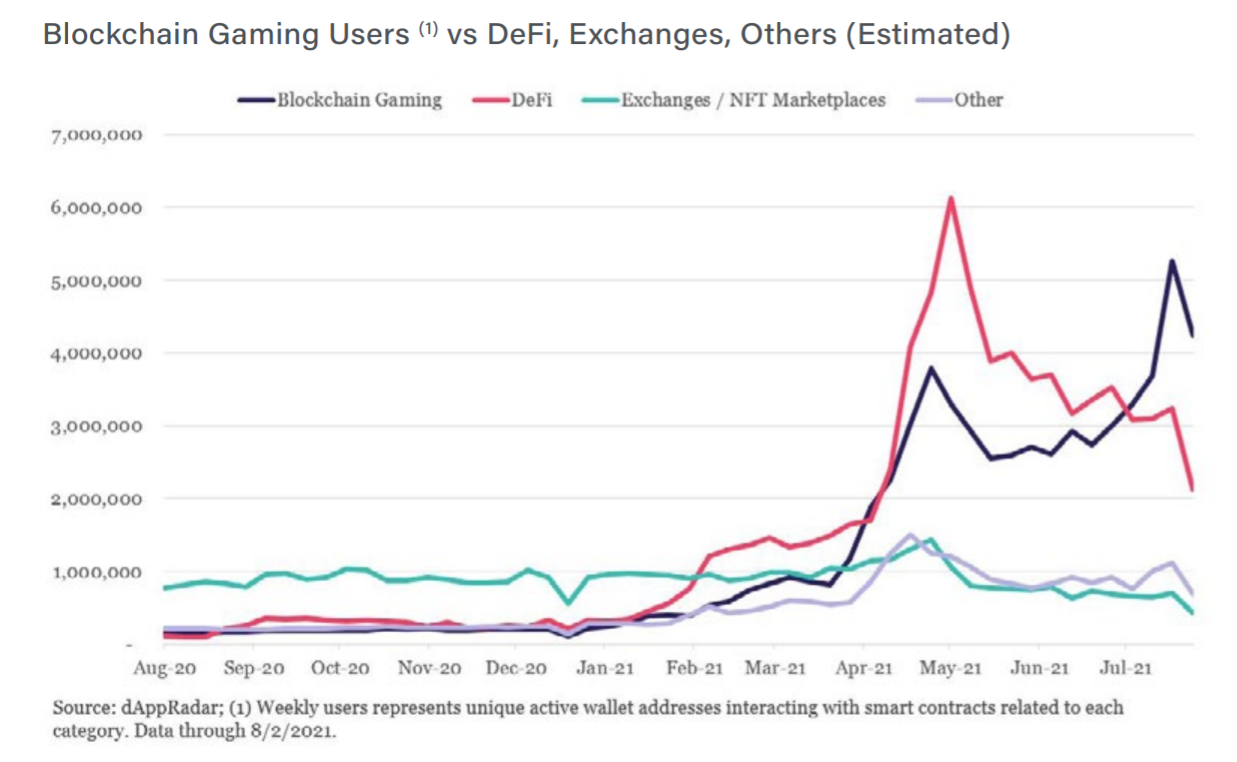 That however wasn’t all, over the last week metaverse tokens have enjoyed rather hyped rallies and quite a bit of social media attention, as social media giant Facebook announced its ‘Meta’ rebrand.

Now, since the metaverse has the roadmap of person-interaction and mass engagement, one of the best ways to achieve that is through games. This seems to bring together the best of the blockchain world- NFTs and gaming, thereby pushing blockchain gaming giants like MANA, SAND, and Axie.

Notably, the recent rush into tokens associated with the metaverse could also be seen in the Metaverse Index (MVI). An index token that tracks the price of several major tokens in the category. On 2 November, the index was already up by close to 72% in just one week.

Further, Axie, at the time of writing, saw the least gains of the top metaverse tokens. In the past 30 days, Axie Infinity continued to lead the way with $190.9 million in revenue from Dapps.

Even as the blockchain gaming industry continues to grow, it is still in a nascent stage. Further, at this point in time, it’s difficult to predict how the technology could ultimately be implemented across gaming and game-like experiences.

Analyzing the tokenomic structures underpinning play-to-earn games such as Axie Infinity highlights some of the recent drivers of adoption. However, the fact that blockchain-based gaming includes metaverse tendencies puts it much higher amongst the broader trends towards immersive digital experiences.

Further, with bigger firms like Facebook, Nike, and Microsoft rushing into the metaverse hype, the platforms have found themselves in a sweet spot. All in all, the timing of the gaming boom alongside Facebook’s announcement has helped push the narrative, not just for metaverse tokens but the larger market cap and even Bitcoin.

Conversely, the blockchain-based gaming industry faces a number of challenges in terms of adoption, adaption, and affordability. From rudimentary in-game experiences to time-consuming onboarding processes, to lack of interoperability. At this point, despite the growth, it seems like realizing the full vision of the metaverse will require innovation on several fronts and, most importantly, time.

Nonetheless, with more than three billion users, the gaming industry already has a massive, tech-savvy, and highly engaged community. In the near future, it is a huge possibility that successfully integrating blockchain technology into a handful of the top games could represent a massive increase in adoption.

Furthermore, there has been an explosion of funding in the blockchain gaming industry this year. It points towards deployments of new blockchain-based games picking up substantially over the coming years. Thereby, pumping the narrative for the crypto-verse.