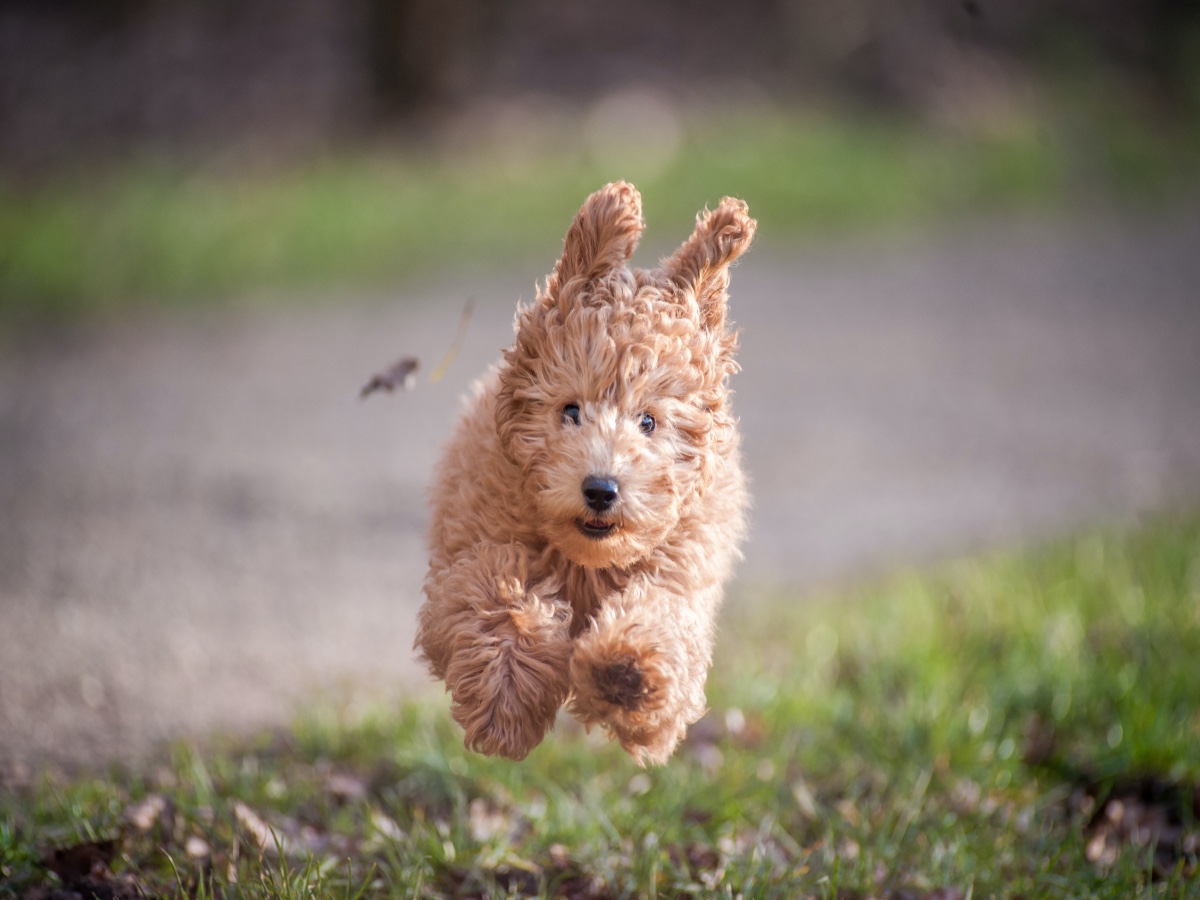 Disclaimer: The following article is a work of satire, written for entertainment purposes alone. Nothing in this piece should be taken as fact or investment advice. All tweets were artificially generated online.

A new meme coin is barking its way up CoinMarketCap’s rankings while pulling along a devoted horde of fans, believers, and investors with it. Move aside Dogecoin, Shiba Inu, and Floki! Now, Inu Doge Goodboi Ape Floki [IDGAF] is here and ready to take you to the moon.

It all started on 10 March when world-renowned space polluter Elon Musk tweeted a picture of a fancy looking hotdog, with a cryptic caption. 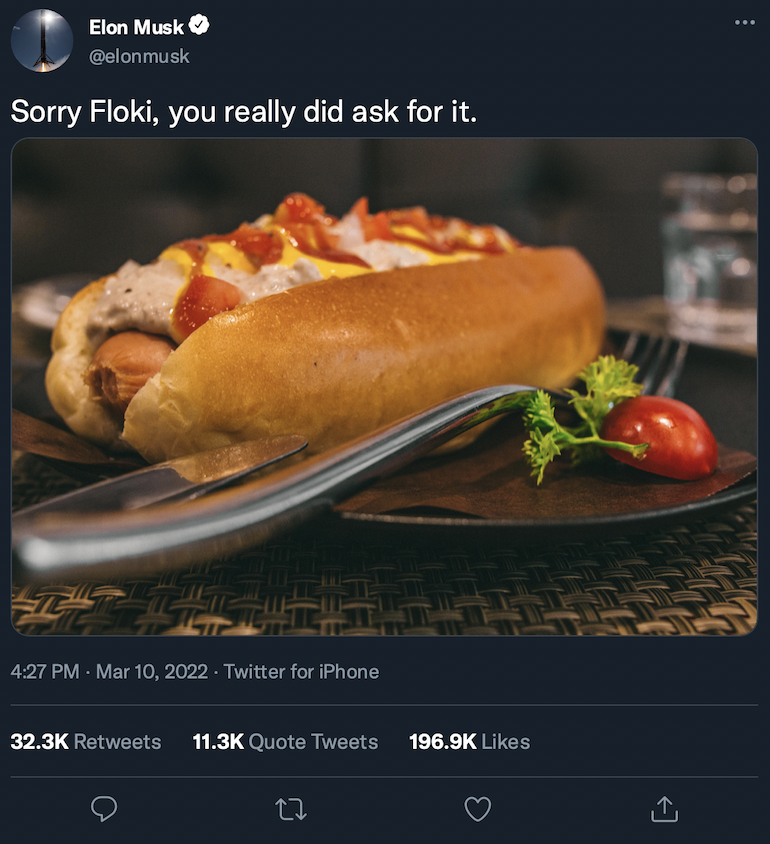 Well, that was all it took to unleash hell as thousands of investors raced to the exchanges to panic sell their FLOKI tokens. Meanwhile, DOGE and SHIB also recorded losses of 5.78% and 13.54%, respectively, over 24 hours.

However, one crypto that stayed stubbornly green was Inu Doge Goodboi Ape Floki [IDGAF]. The BEP-20 token dominated CoinMarketCap’s top gainers’ list after it rallied by 34359502% on 12 March.

By the close of the 12th, IDGAF was trading at $0.0000000000000028 and had a total supply of ten quadrillion. According to the project’s whitepaper  – written in broken English and and typed in Comic Sans with florescent orange letters – IDGAF aims to “spread pawsitivity and monke mischif through the crypto cumunity and rech a market cap of $100 billion.”

The tokenomics of IDGAF are worth noting here. Since it is a rebase asset, the number of tokens in an investor’s wallet reduces automatically on the basis of whether or not the market that day was a “goodboi” or not. This is to maintain scarcity, obviously.

IDGAF is also eager to make its mark in the real world. In honor of International Women’s Day this year, the rising star team launched its NFT marketplace and a debut collection.

“Barks for empowerment” featured 1,000 iconic NFTs of heavily objectified she-dogs in bikinis, swooning in the arms of bored-looking male apes. Each NFT is priced at 8.008 ETH.

Now that the paid promotion part of this article is over, let’s dive into a metric-driven analysis that will be of interest to exactly four people.

The part you pretend to understand

A cursory look at the WTH Indicator for the asset revealed significant upward movement as the metric spiked by 124.6% in just three days. Many investors would consider this a strong buy signal.

What’s more, when analyzing the 69 day SMH moving average with regards to the TGIF Ratio, we can infer that IDGAF is clearly in the realm of bulls who have been decimating the bears. Meanwhile, peacocks were wrestling with dodos, while sharks were doing the disco, and skunks were also busy stuffing their wallets.

Next up, LMFAO Weighted Sentiment revealed that IDGAF’s buyers were in the raptures of euphoric ecstasy, convinced that they would soon de-throne Elon Musk in terms of net worth. Additionally, the NGMI Indicator showed that over 95% of IDGAF’s investors were crypto-traders who discovered the industry last week.

On the contrary, the Underwhelming Oscillator was painting blood-red bars, warning of an imminent downtrend. However, investors were more interested in TradingView’s moon phases indicator. This appeared to hint that those hoping to buy the dip might get a brief opportunity before the next new moon night.

Later, the official Twitter account for Inu Doge Goodboi Ape Floki restricted all comments on its posts. Ergo, the voices of users complaining about missing tokens and drained wallets were lost in the bowels of social media.

Furthermore, BSC Scan revealed that 38 addresses holding the IDGAF token made over 19,000 transactions.

Now, you might ask how did other crypto-philosophers react to the sensational entry of the latest pupper in the market?

Well, as expected, it didn’t take long for TRON founder Justin Sun to make it all about himself. 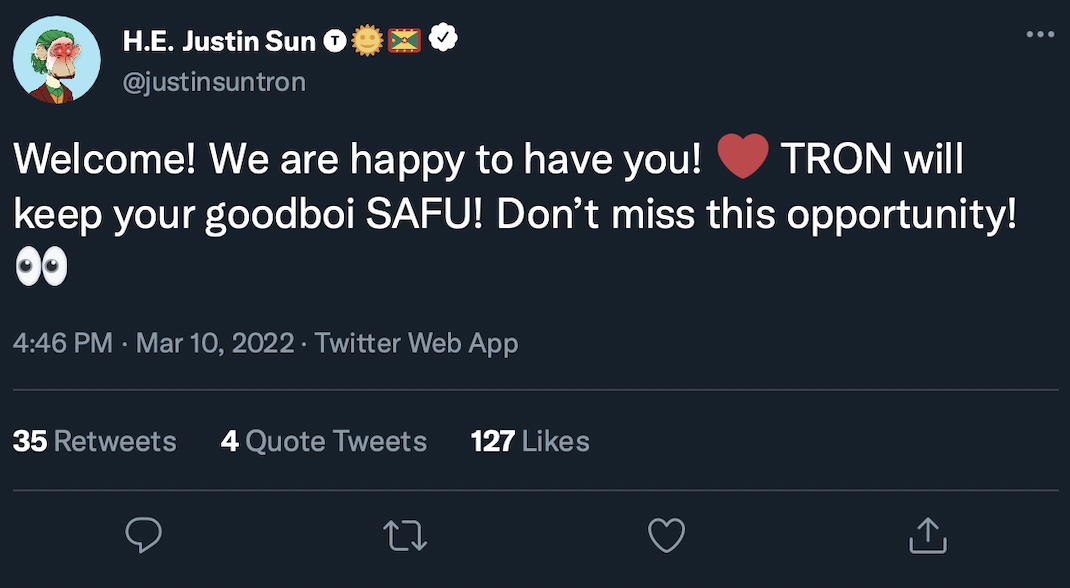 AMBCrypto also reached out to economist and Schiff Gold Chairman Peter Schiff for a comment on the popularity of IDGAF. However, the goldbug did not respond.

After multiple requests for statements, AMBCrypto was met with this message. 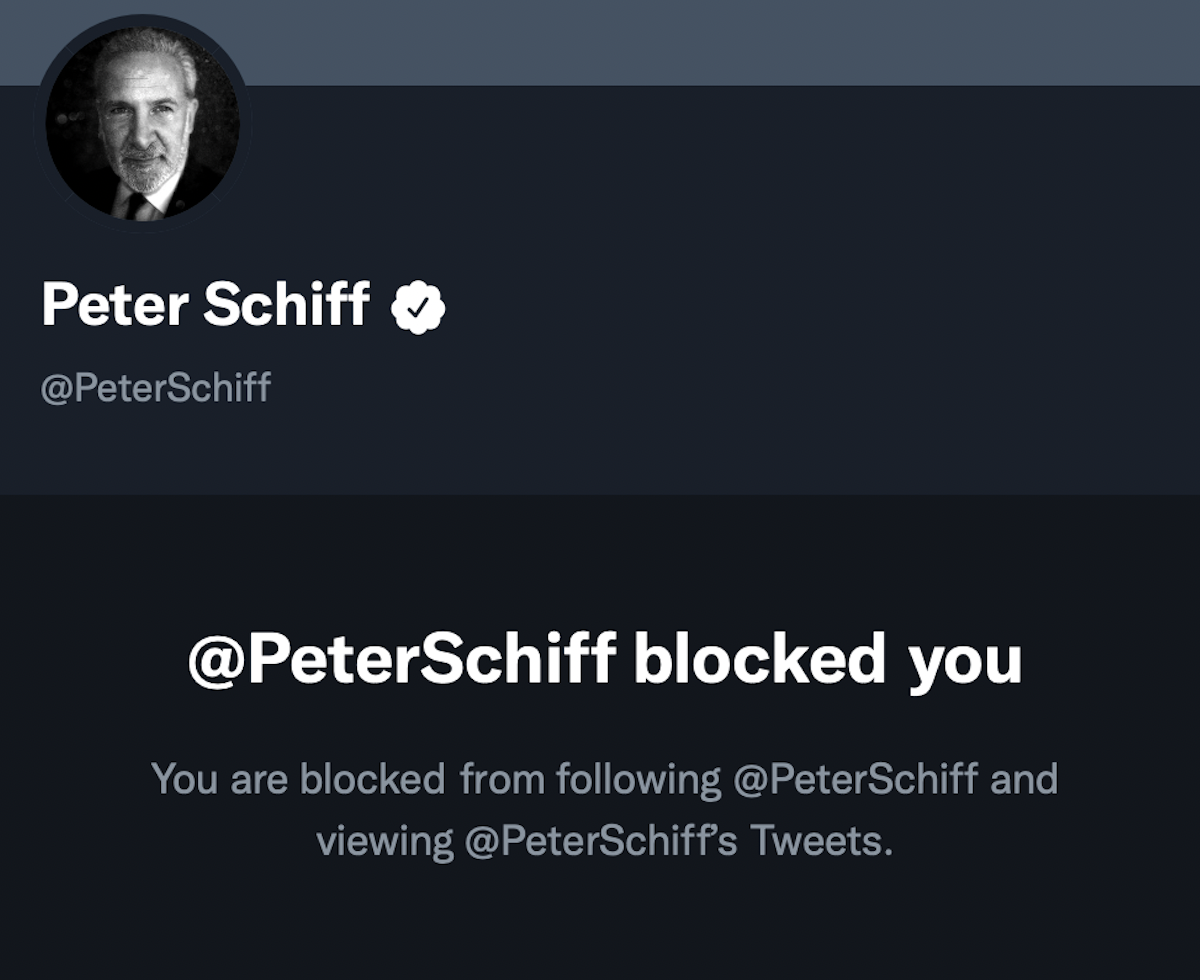 Worth pointing out, however, that by the 13th, IDGAF had lost 98% of its value after investors realized the BEP-20 token was a rug pull. They could not sell IDGAF – even on PancakeSwap.

The short-lived meme coin quickly made its way to the top of CoinMarketCap’s “biggest losers” list.

Litecoin’s will leave its near-term trend behind, but only after…

How ‘social’ should ‘social’ Shiba Inu be to initiate more recovery