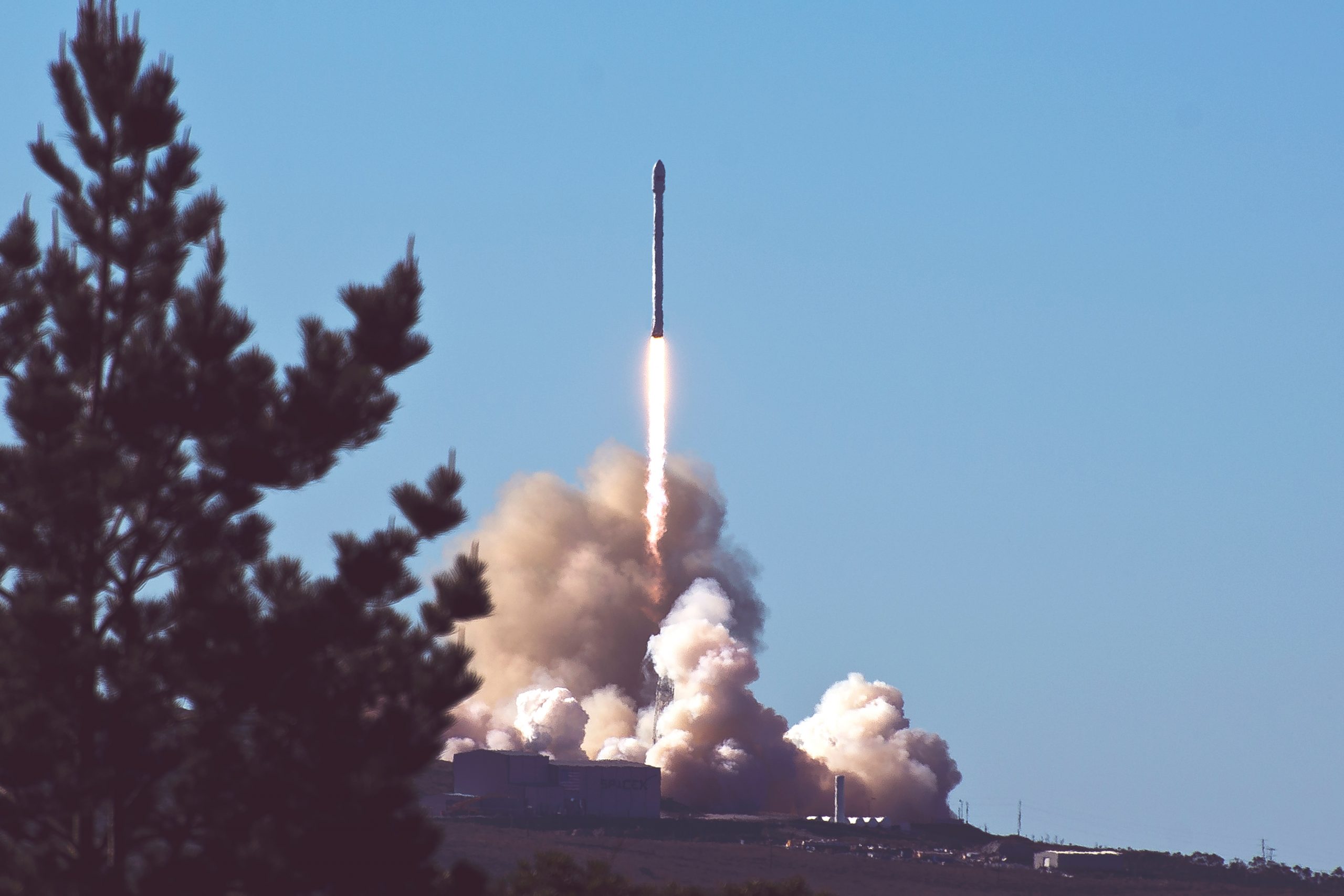 Exactly a month ago, Bitcoin registered its last all-time high at over $42,000 on 8 January. It was a market top at the end of a strong bull rally. Now, after a month of price consolidation, Bitcoin has breached its old ATH to register a new one yet again, with the cryptocurrency climbing to $47,156 on 8 February.

Surging by ~20%, the crypto-asset rallied to touch the aforementioned ATH, with Bitcoin, at press time, holding a position at $46,385. It was one of those rallies where multiple factors played their part, leading to a fundamentally-solid price hike.

Before the price ascendency took place, however, Glassnode founder Rafael Schultze-Kraft was quick to highlight a key difference between the bullish top back in 2017 and the current top on BTC’s price charts. 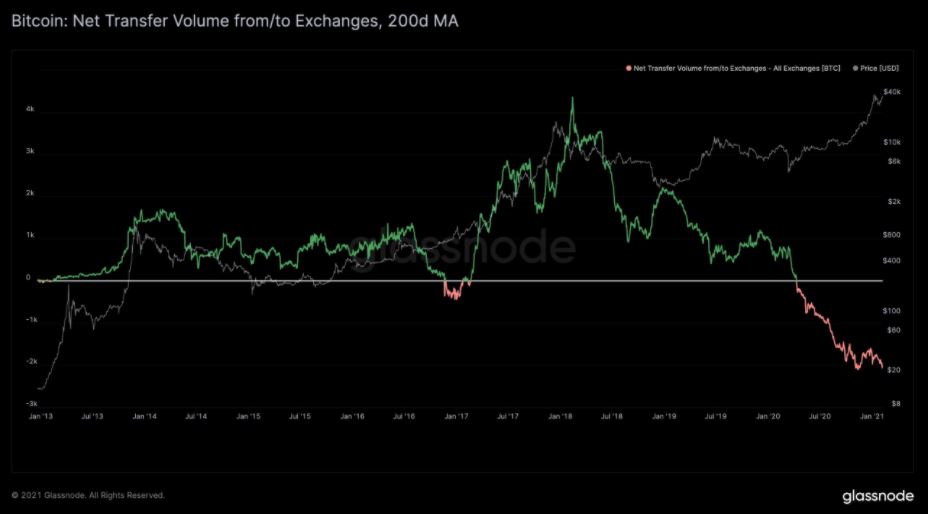 Schultze-Kraft revealed that the Net Transfer Volume from/to exchanges over the 200-Moving Average was at its lowest since January 2013. What did this entail? Well, it meant that the net volume going away from exchanges was never before seen at this level, underlining the long-term plan of a Bitcoin investor.

In line with the above sentiment, Glassnode’s latest Insights report also suggested that Bitcoin’s liquid supply is continuing to dry out in the space. Before the price surge, over 78% of the supply was either lost or hodled off from exchanges. Simply put, less than 4 million Bitcoins are currently available for future institutional and retail investors.

However, as can be observed from the attached chart, before Bitcoin rose to its new ATH, miners net position had already started to retrace, indicating that the selling pressure was already coming to an end.

While a strong foundation was already laid out for Bitcoin to build on, Tesla’s impact in generating said bullish momentum underlines how important market sentiment remains in the space. Over the past week, Dogecoin was the benefactor of positive sentiment following uninterrupted support from Elon Musk. While Dogecoin carries next to nothing in terms of technological prowess, the market came along to pump the crypto-asset on Musk’s unsolicited command.

The unsurprising bit, however, was that Tesla had already invested $1.5 billion in Bitcoin in January 2021. And, as soon as the development came to light, the market picked up, pushing the cryptocurrency up the charts.

What does this mean? Well, it means that the influence of information and sentiment continues to dictate a few bullish rallies, with Bitcoin set to undergo another period of price discovery.

Related Topics:Bitcoin Liquidityfeaturedtesla
Up Next

Bitcoin: Here’s why $50,000 will come sooner than expected