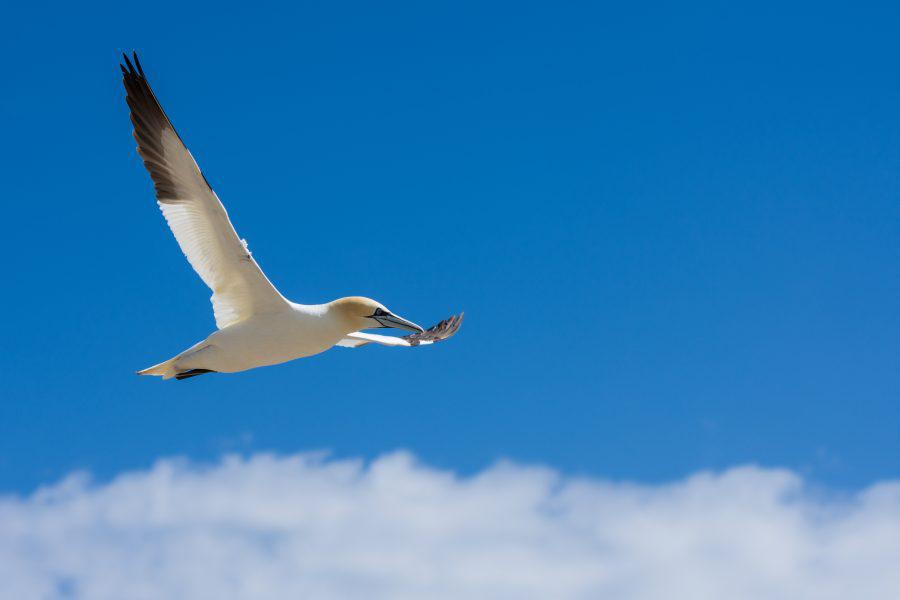 Ethereum may be correcting somewhat on the charts at press time, but it may not do so on the back of a recent, much-anticipated development. This is worth highlighting, especially since Ethereum‘s rise since its inception has been criticized several times when compared to its biggest rival, Bitcoin. In fact, it’s fair to say that now, except for the market-cap factor, ETH is surely giving BTC a run for its money. 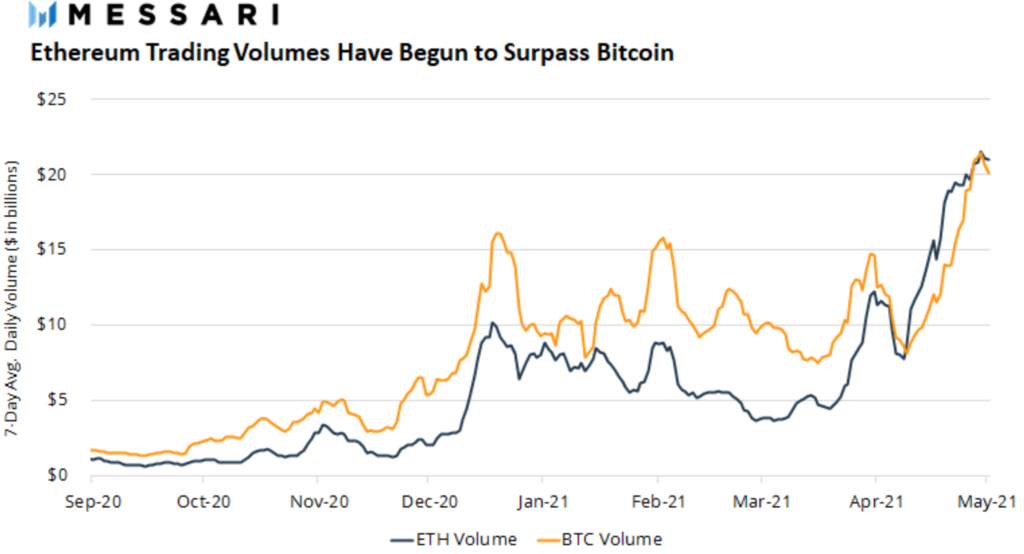 As is evident from the attached chart, ETH volumes have been exploding recently, with the same surpassing BTC volumes for the past month. In fact, ETH volumes also registered ATHs $20+ billion in daily spot volume.

Popular trader and analyst Lark Davis recently took to YouTube to highlight the latest Ethereum updates, ones that might actually “change the game.”

Ethereum’s Internet of blockchains, Polygon, recently announced its new venture, Polygon SDK, in a series of tweets. Its main vision behind this is to,

“…effectively transform Ethereum into a full-fledged multi-chain system (aka Internet of Blockchains).By doing this, it will at the same time further establish Polygon as the leading scaling and infrastructure platform of Ethereum.”

The Kiwi investor further iterated the possible advantages to ETH scaling, “Multi-chain Ethereum will be akin to other popular multi-chains (Polkadot, Cosmos, etc),” but with some major upsides, he said, adding,

Ethereum’s largest DEX UniSwap is set to deploy the exchange on the trending Ethereum scaling solution – Arbitrum. It uses optimistic rollups which were approved in the past by Ethereum’s founder himself.

Grateful for the overwhelming community support! Very excited to be working with the great @Uniswap team to bring v3 to L2, and do our part in helping scale the Ethereum ecosystem! https://t.co/8IpJJGhmwD

This development was made public after the snapshot vote was won by a majority in favor of an Arbitrum deployment of Uniswap v3.

The @Uniswap community has spoken with overwhelming support in favor of an Arbitrum deployment of Uniswap v3! So far:

What was the main problem?

UniSwap, which is also the 2nd largest decentralized exchange across all blockchains, operates on Ethereum. It involves extremely high transaction fees for swapping tokens. At the time of writing, a single swap would have cost about $13. And yet, these costs had skyrocketed to up to $200 at times.

According to Davis, the aforementioned development could have wide-ranging implications for Ethereum. He said,

“The layer 2 solution offers drastically higher transaction throughput than Ethereum, and gas fees are up to 270 times lower.”

For many, that would come as a significant relief.

If Uniswap deploys on Arbitrum, it will provide a way for DEX users to swap Ethereum-based tokens at a much lower cost. This will help Ethereum stay competitive against high-throughput blockchains such as Binance Smart Chain which have seen volumes increase in recent months, as well as sidechains like Polygon.

Here, it’s worth noting, however, that Albitrum isn’t new to this game. In fact, it’s been live on testnet since 2020.

What’s more, according to a recent report–