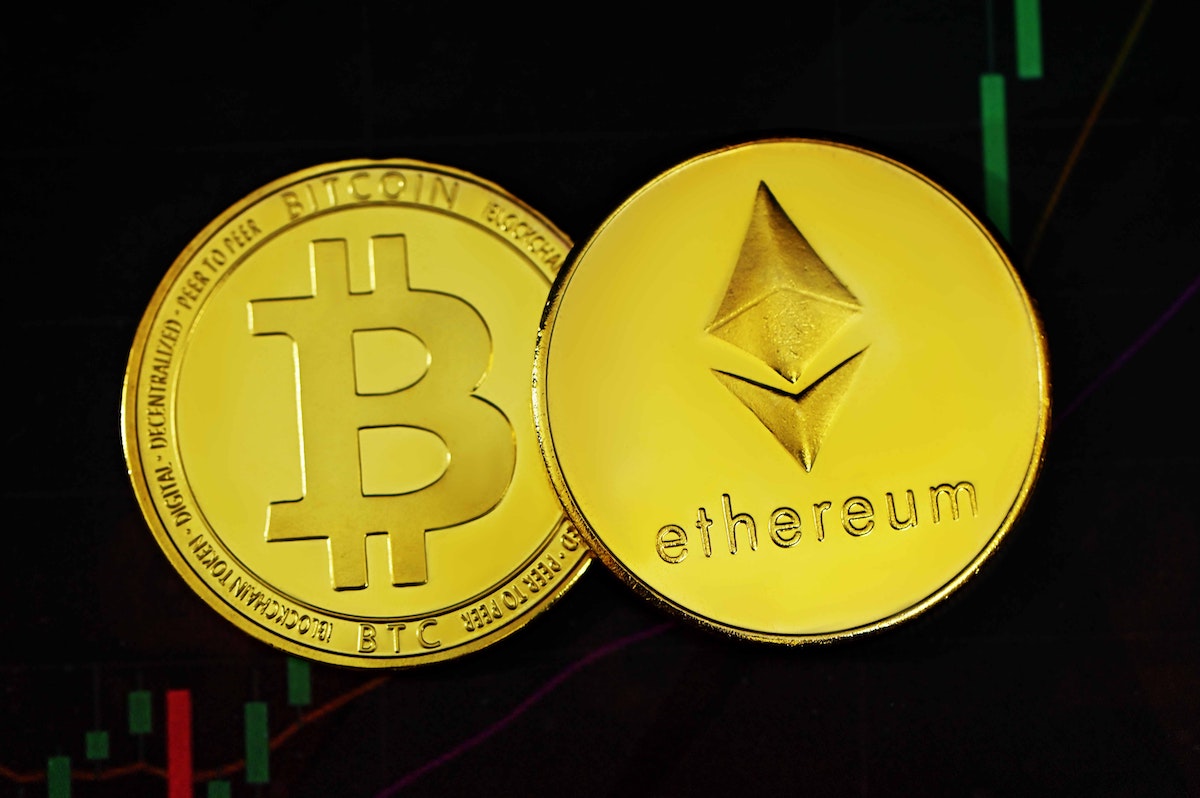 The world’s second most valuable cryptocurrency, Ether, has been touching all key notes such as ETH 2.o developments, adoptions, and the list go on. Such impressive milestones aided the network to record attributes that even surpass that of Bitcoin. Some even say that Ethereum is already years ahead of Bitcoin in everything but price and fame.

Now, will it be able to surpass BTC soon- no one can accurately predict. But, is ETH undervalued compared to its rival? Well, this executive surely believes so.

Flippening on the horizon?

Jurrien Timmer, Director of Global Macro at Fidelity Investments recently took to Twitter to highlight his narrative over this topic. He compared the network growth of Bitcoin and Ethereum, further added graphs to support his narrative.

Now consider this, both networks are “growing steadily”, Timmer says that Ethereum is growing faster. A battle of ‘Scale vs Scarcity’ metrics. The graph below showcases the same story here. Clearly, demand for ETH has skyrocketed over the years given its diversification into NFTs, DeFi, and others. 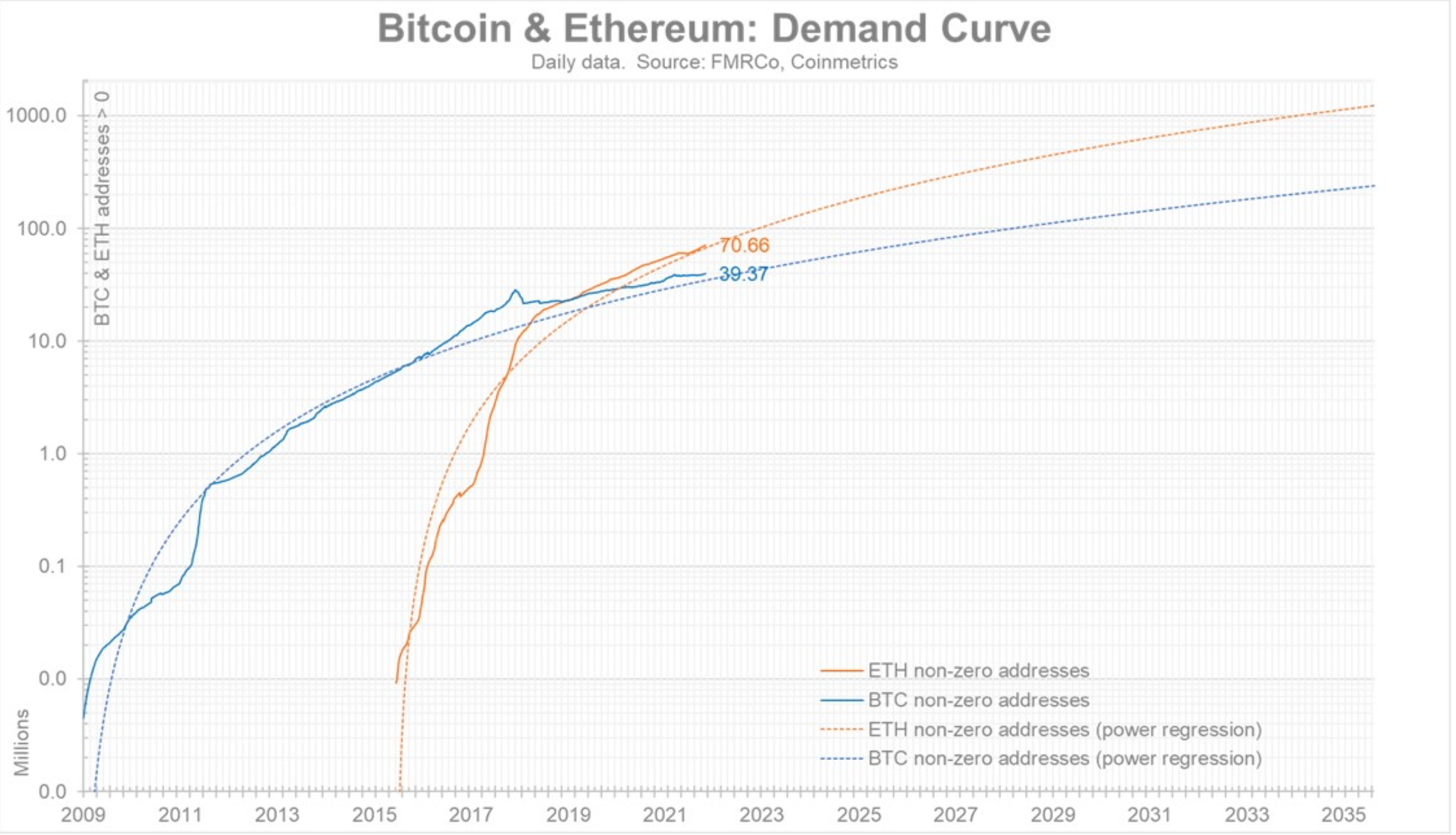 Different reports have reiterated the same rise compared to BTC. For instance, a published paper by four Australian researchers discusses how the Ethereum Improvement Proposal (EIP) 1559 upgrade made ETH a potentially better store of value than BTC. One of the reasons why ETH witnessed such high demand among investors.

Look at the graph below. 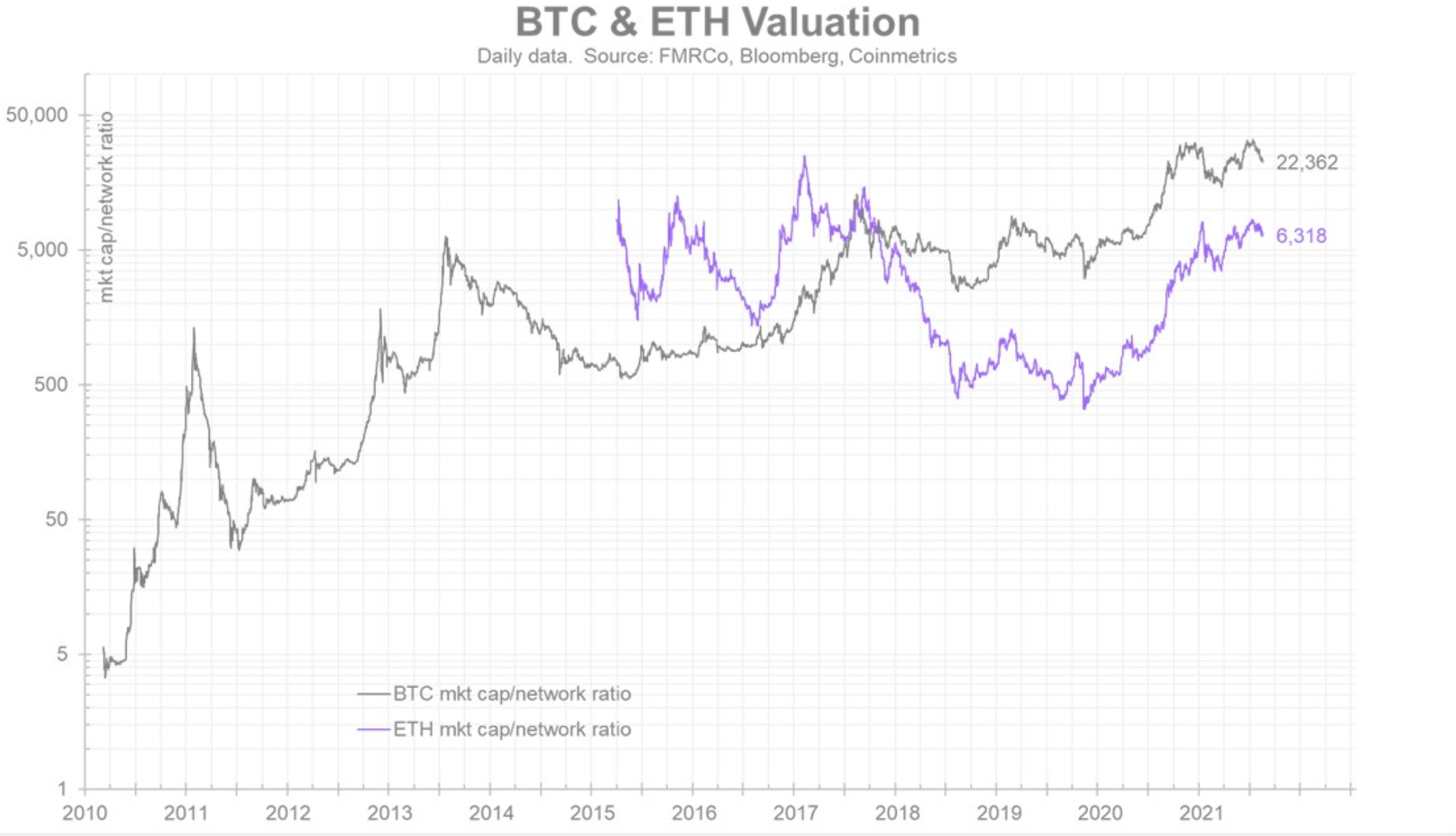 Despite ETH lacking in terms of valuation i.e. (market cap / network ratio), the executive saw this as a buying opportunity. He opined:

“Comparing BTC’s valuation to ETH we see a big discount for ETH, presumably because investors reward BTC for its superior scarcity dynamics.”

ETH was worth $654 on this day last year. Fast forward, ETH is trading just shy of the $4k mark with hardly 0.5% in the green in 24 hours. Different renowned investors have laid out support for ETH. Just recently, Cathie Wood, the CIO and CEO of Ark Investment Management rode the same bandwagon.

Strong hands continue to HODL the flagship token despite the bloodshed in the crypto ecosystem. According to Santiment,

These HODLers indeed seem to be acquiring ETH at a discount. Now, whether ETH will continue to catch up to BTC will be an interesting thing to watch in 2022.

$7.7 billion lost to crypto-scams, but how serious have rug pulls been

How the Metaverse, NFT fever can fuel HBAR’s growth further