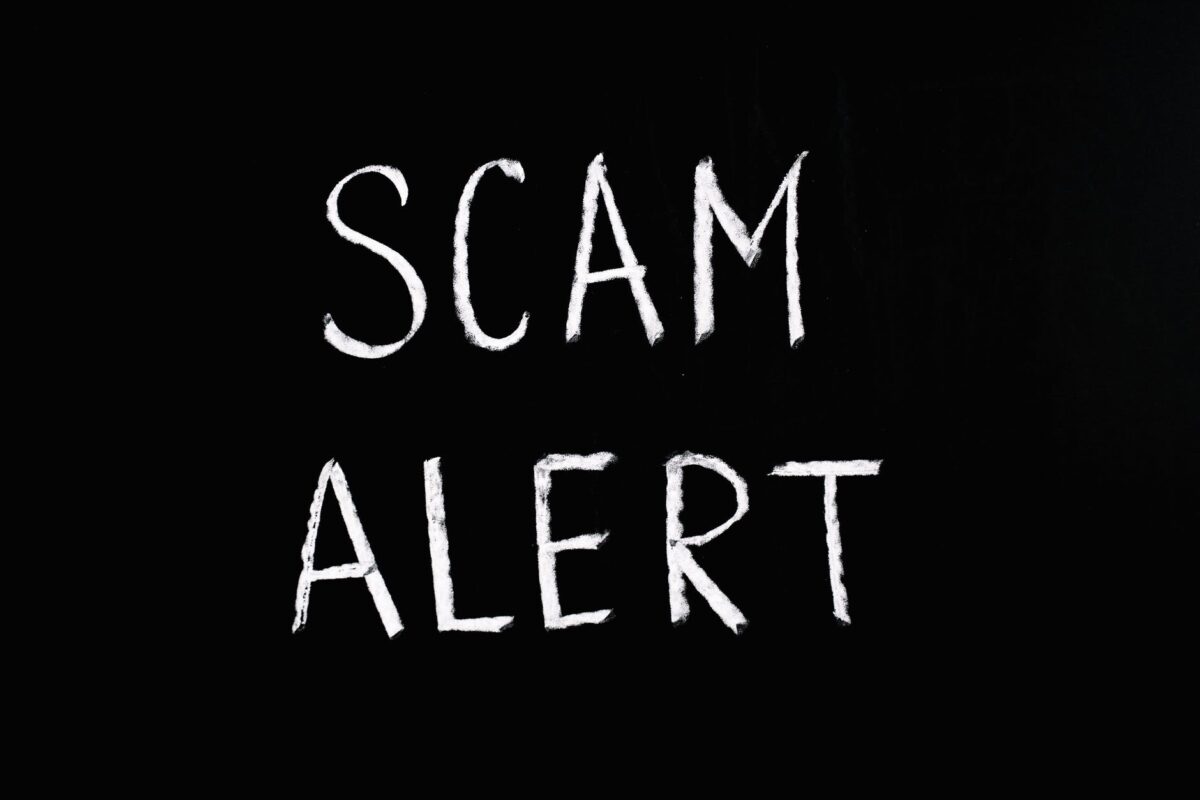 The meteoric rise in crypto-adoption over the past few years has led the world to take notice of this ever-expanding industry. However, this has also contributed to the growing number of crypto-scams.

According to Chainalysis, for instance, scams related to cryptocurrencies rose by 81% in 2021 compared to last year, amounting to a whopping $7.7 billion. 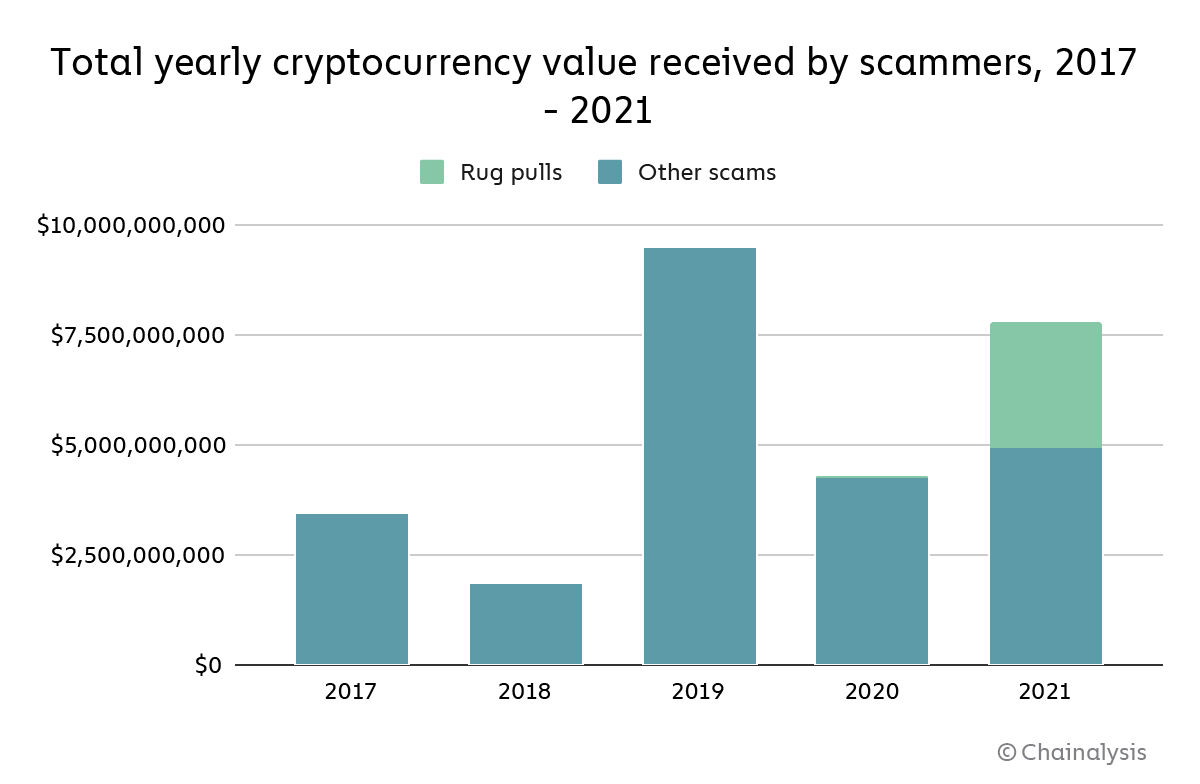 As expected, a majority of these figures can be attributed to the newly surfacing scam strategy called a ‘rug pull.’ This is particularly common in the DeFi ecosystem. As per Chainalysis’s report, they accounted for 37% of the total scamming revenue of 2021, up from a mere 1% last year. In total, these rug pulls amounted to over $2.8 billion in revenue.

A rug pull involves developers building out and marketing what seems like a legitimate cryptocurrency project. Once users are enticed into buying the newly issued tokens in hopes of future gains, the developers drain the project’s liquidity pools and escape with the users’ funds by eventually bringing the token price to zero.

Of late, rug pulls have been pretty commonplace in the DeFi ecosystem. Mainly, due to the ease of creating new tokens through the Ethereum network and listing them on decentralized exchanges without the need of a code audit.

Consider the pop culture-inspired Squid Game project, for example. The developers made off with $3.4 million after a successful pump and dump scheme. 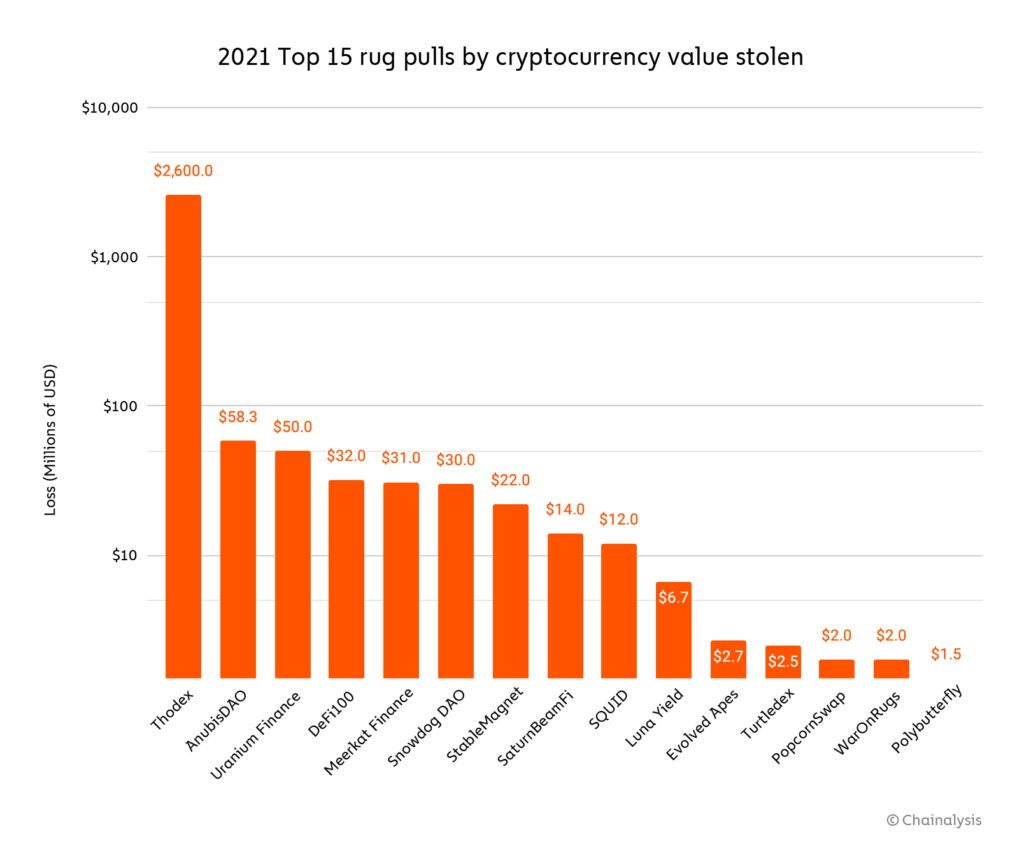 However, it was far from being the biggest. In fact, the biggest rug pull of the year involved Thodex, a Turkish centralized exchange. Its CEO reportedly disappeared with all the assets in Thodex’s custody soon after the exchange halted all user withdrawals.

All subsequent rug pulls did take place within the DeFi ecosystem, however, with the largest by a project named AnubisDAO. It alone amounted to over $58 million.

On the bright side, the number of deposits to scam addresses fell from just under 10.7 million to 4.1 million. While this indicates that there were fewer individual scam victims, it also shows that the average amount taken from each victim increased.

Chainalysis also found that the average lifespan of such investment scams has decreased significantly. “One reason for this could be that investigators are getting better at investigating and prosecuting scams,” it added.

Even so, with heightened surveillance and prosecution, scammers continue to get more sophisticated and innovative in their quest to illegally siphon off funds. In fact, a recent report by Tenable had found that scammers have been hijacking legitimate YouTube accounts in order to promote fake cryptocurrency giveaways.

For their fake live footage, scammers often use footage of industry figureheads such as Vitalik Buterin, Charles Hoskinson, and Michael Saylor.

Interestingly, Tesla CEO Elon Musk is another favorite among scammers as fake verified pages of the billionaire offering free crypto-giveaways continue to pop up on various social media platforms.

These scams are undoubtedly hampering the mainstream adoption of cryptocurrencies.

“As the largest form of cryptocurrency-based crime and one uniquely targeted toward new users, scamming poses one of the biggest threats to cryptocurrency’s continued adoption.”