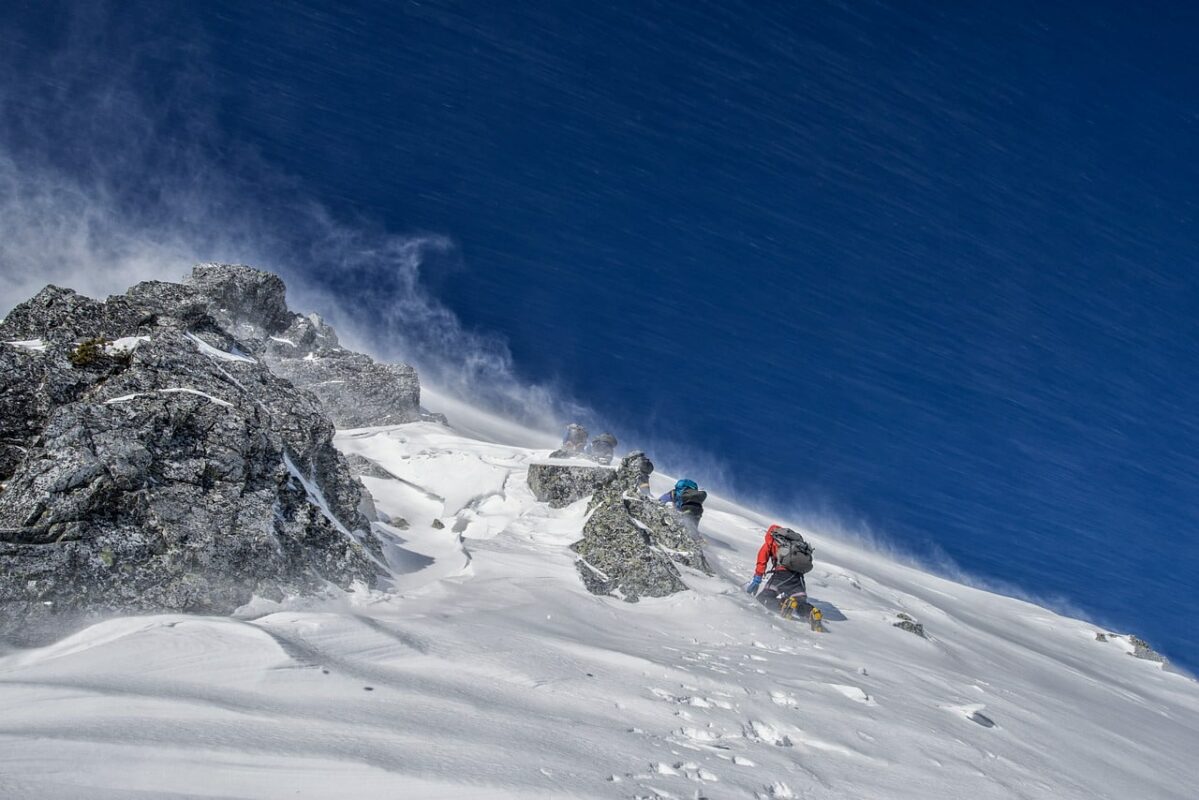 AVAX bulls are finally showing signs of activity after a heavy sell-off post April. In fact, the cryptocurrency has demonstrated significant upside since it bottomed out in mid-June. However, that upside has been capped by the resistance near the $21-level. At the time of writing, AVAX seemed to be retesting this level.

AVAX has been trading within a triangle pattern underpinned by an ascending support line and a lateral resistance line. The latter previously acted as support in May, but bearish market conditions in June pushed it below this level. Since then, the price has been attempting to recover. At press time, it was challenging the same resistance level again.

AVAX might be shaping up for another retracement after the resistance line retest. It was trading at $21.06, at press time, and its bullish volume had notably dwindled within this zone.

It crossed above the 50-day moving average on Saturday. Investors have previously used the moving average as a sell signal. Hence, a similar outcome would not be surprising. 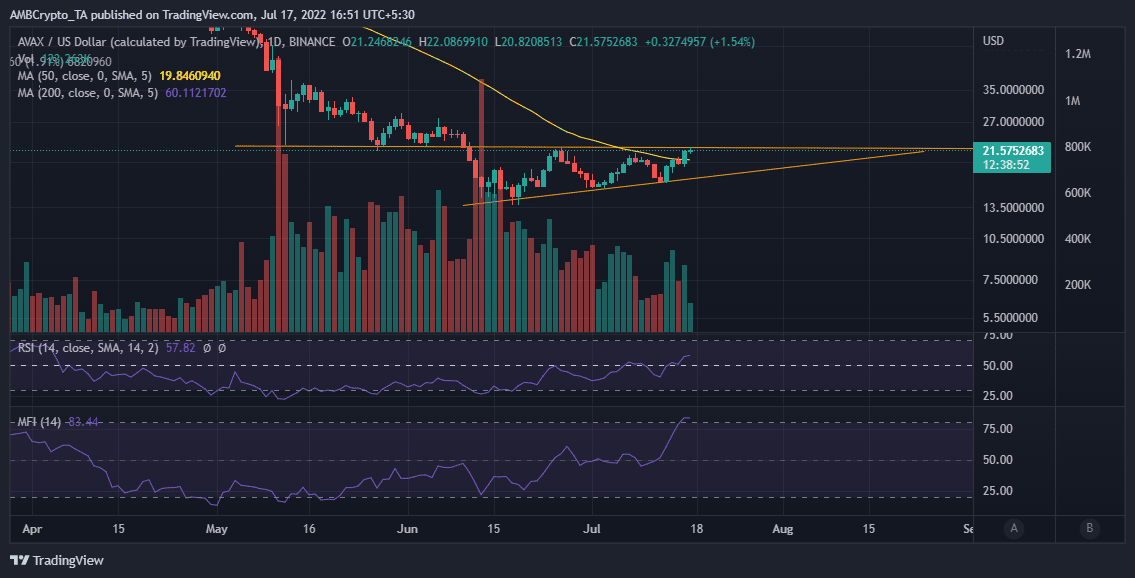 AVAX pushed through the RSI’s 50% level courtesy of its mid-week rally, but it wasn’t overbought yet. On the contrary, the MFI indicator was already in the overbought zone, raising the likelihood of a bearish retracement.

Another factor that seemed to supplement the probability that AVAX will reverse at the aforementioned resistance level was the outflows from whale addresses. The supply held by whales metric has registered outflows since 14 July. At the time of writing, it had dropped by 0.42%. AVAX’s social dominance also dropped significantly during the same time period.

Why the bullish performance despite whale outflows?

AAVE’s price action since 13 July did not reflect its price action. This might be due to strong retail demand. The supply held by whales increased drastically on 12 July, signalling that the whales heavily bought into the previous dip. The support retest also aided the bullish sentiments. However, some of the whales have been cashing out at higher prices as strong retail demand supports the upside.

Strong organic demand, especially from the NFT market, also contributed to the rally. NFT trade volumes shot up to $7.01 million by 15 July. However, NFT trade volumes dropped significantly in the last two days and may not be sufficient to support an extended bullish action.

Shiba Inu [SHIB]: Why investors are active now with this BONE to pick