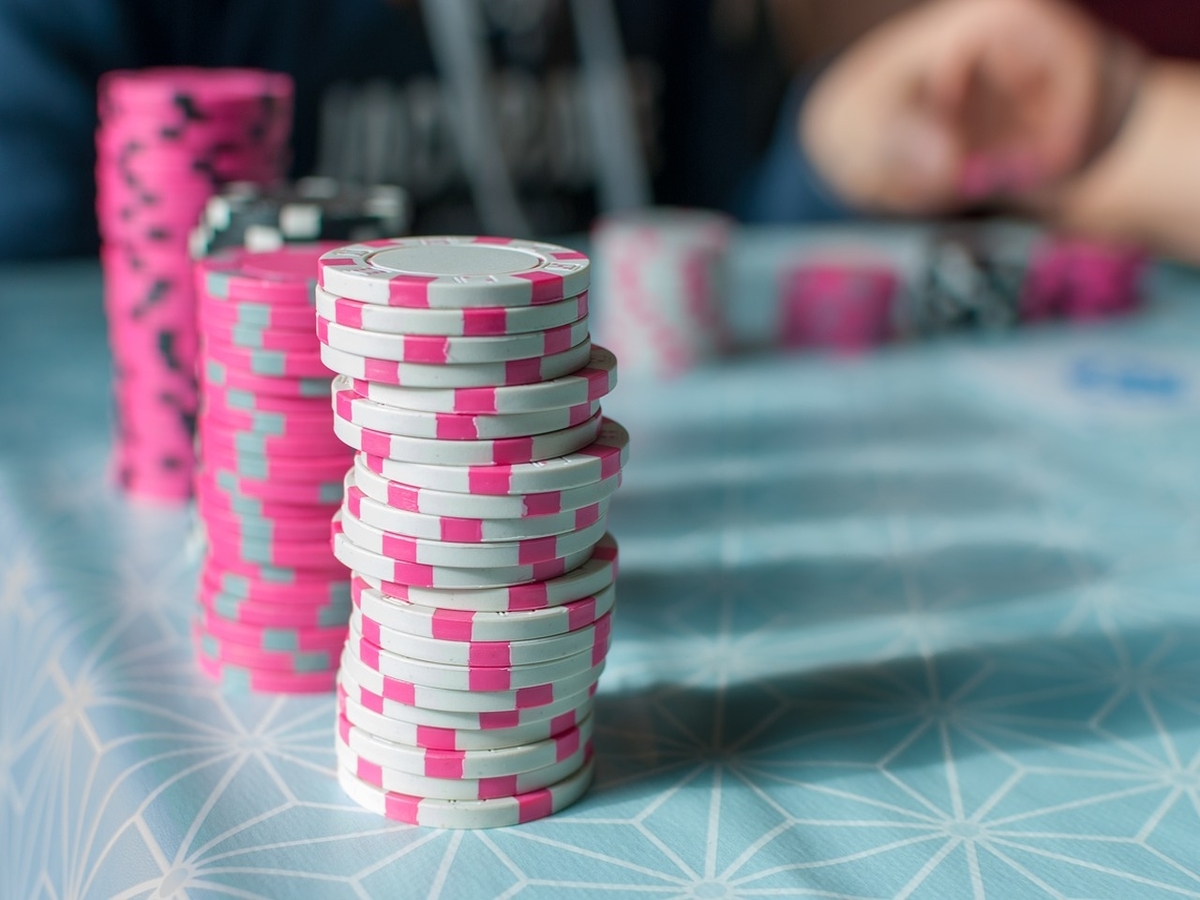 In a previous article, we assessed whether or not it is worth betting on the market’s “old” coins at the moment. In this piece, the focus will be on DeFi tokens.

Decentralized Finance (DeFi) has been one of the most potent applications of crypto-technology. Unlike the broader crypto-ecosystem, this market is still in its nascent stage. However, as seen last year, DeFi tokens do have the potential to instigate waves of growth.

So, is it worth locking funds in DeFi tokens for the next few months? Will the returns yielded be worth it? Well, let’s look at the state of a few on-chain metrics of three of the most prominent tokens to come to a plausible conclusion.

Riding on the back of Uniswap’s growth and adoption, the total number of DeFi users went on to hit the 3 million mark a couple of days back. In fact, data from Dune Analytics pointed out that Uniswap hosts more than 80% of all DeFi users. Well, Uniswap is definitely the uncrowned DeFi king, but has its token been faring that well too?

With a market cap of over $11 billion, UNI’s price witnessed a 14.2% pump over the past week. In fact, when viewed with a macro lens, it can be observed that UNI’s market cap dominance has steadily risen since February this year. The 11th largest crypto now assumes 0.7% of control in the market, when compared to its 0.1% earlier in January this year.

Uniswap’s Sharpe ratio was well above 0 (0.82 to be precise), at press time. This essentially is a sign that the token HODLers are being compensated fairly for the risk borne. However, the token’s volume has been a spoilsport over the last few weeks. The same shared a value of $69.3 million, at the time of writing, a level that was nowhere close to its $1.4 billion May-highs.

UNI’s development activity, on the other hand, has been rising at a noteworthy pace since its February lows this year. Now this, to a fair extent, implies that the long-term future faces no threat as such. Additionally, Uniswap has remained unaffected by market dumps lately and that is a sign of resilience that not all cryptos exhibit.

At this stage, it becomes essential to note that SUSHI’s dominance has been susceptible to downfalls, even when the token’s price has rallied. Hence, a dip in this metric doesn’t necessarily pose any major concerns.

SUSHI’s Sharpe ratio, on the other hand, painted a positive picture. The same reflected a positive value of 1.03, at the time of writing. This range is usually considered “acceptable” to “good” by most investors. Hence, it is fair to claim that SUSHI HODLers, at this stage, are being compensated more than usual for the risk borne. 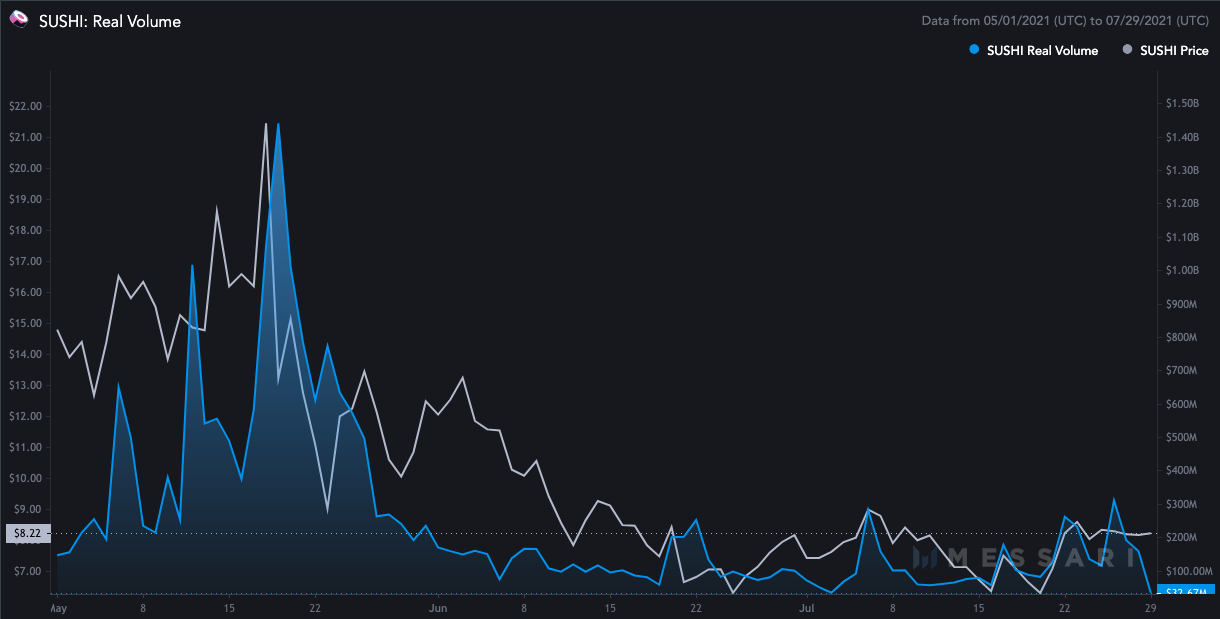 SUSHI’s real volume has, however, stagnated since the beginning of June. The same noted a value of $32.67 million, at the time of writing, which was nowhere close to 19 May’s $1.44 billion level – quite similar to UNI’s tale.

The Sharpe ratio too stood at an impressive 3.08. Furthermore, while AAVE’s real volume has not been consistently rising, it did record noteworthy spikes of late. The same stood at $460 million on 26 July, when compared to 18 July’s $91.76 billion.

However, the recent dip in development activity does pose a slight concern for AAVE. The same will have to pick up pace in the coming days to secure the token’s long-term future. 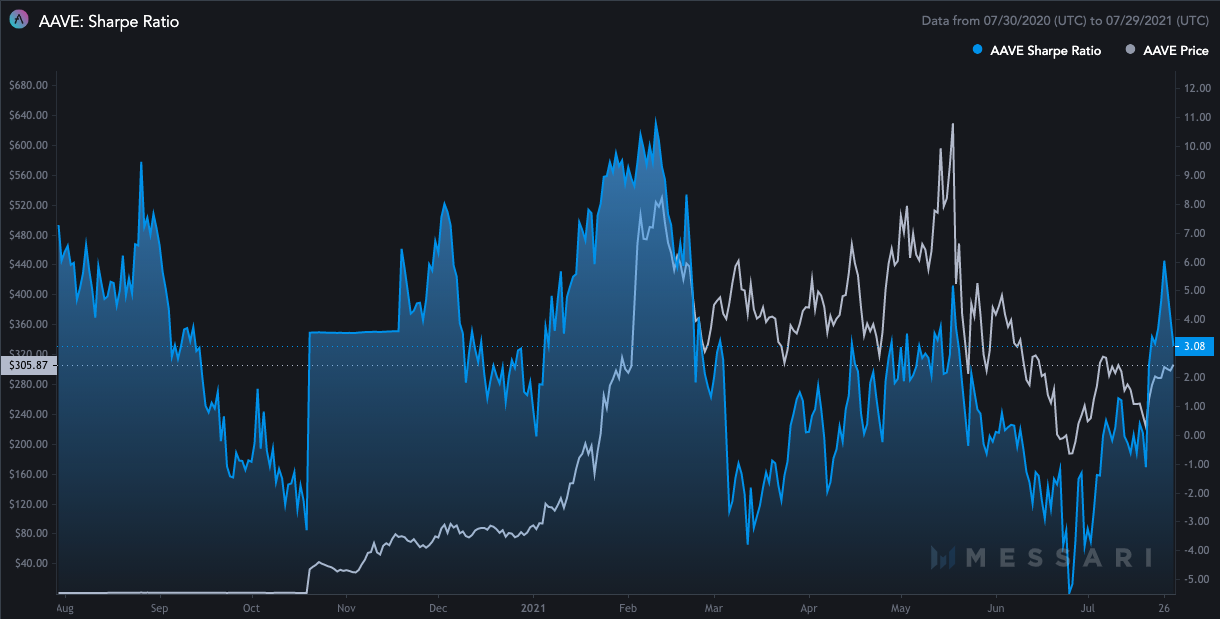 Barring the volume metric for UNI and SUSHI and development activity for AAVE, most of the other indicators seemed to be painting a pretty rosy picture. What’s more, the value of these tokens will surge when DeFi summer actually sets in. Hence, yes, it is worth taking a chance on these tokens in the long run.

In our next article, we’ll compare the “old coins” with DeFi tokens and discuss which category is more compelling for investment purposes. Stay tuned!

Is Ripple well-positioned to capitalize on this

A question of profits – To HODL MATIC or exit the market