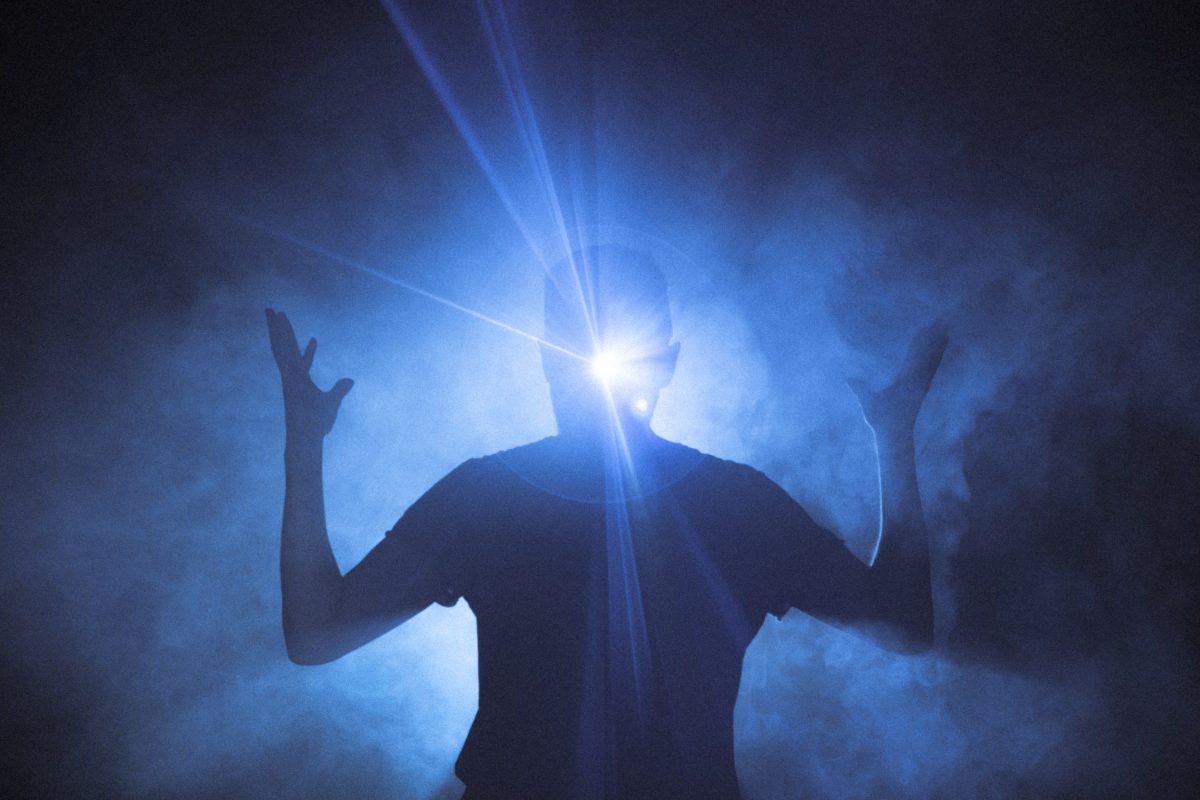 The 7-day average BTC volume on leading spot exchanges are now above $10 billion for the first time in Bitcoin’s history. On Jan 7, 2021, the daily volume reached an ATH of $13.8 Billion. This is 130% higher than the peak from Dec 2017 of $6 Billion based on data from Arcane Research.

Apart from the fact that your financial advisors and wealth managers are more likely to have crypto conversations, Bitcoin’s trade volume and OI on regulated exchange CME is also rising. CME launched Bitcoin futures in mid-December 2017, and the crash followed closely after. 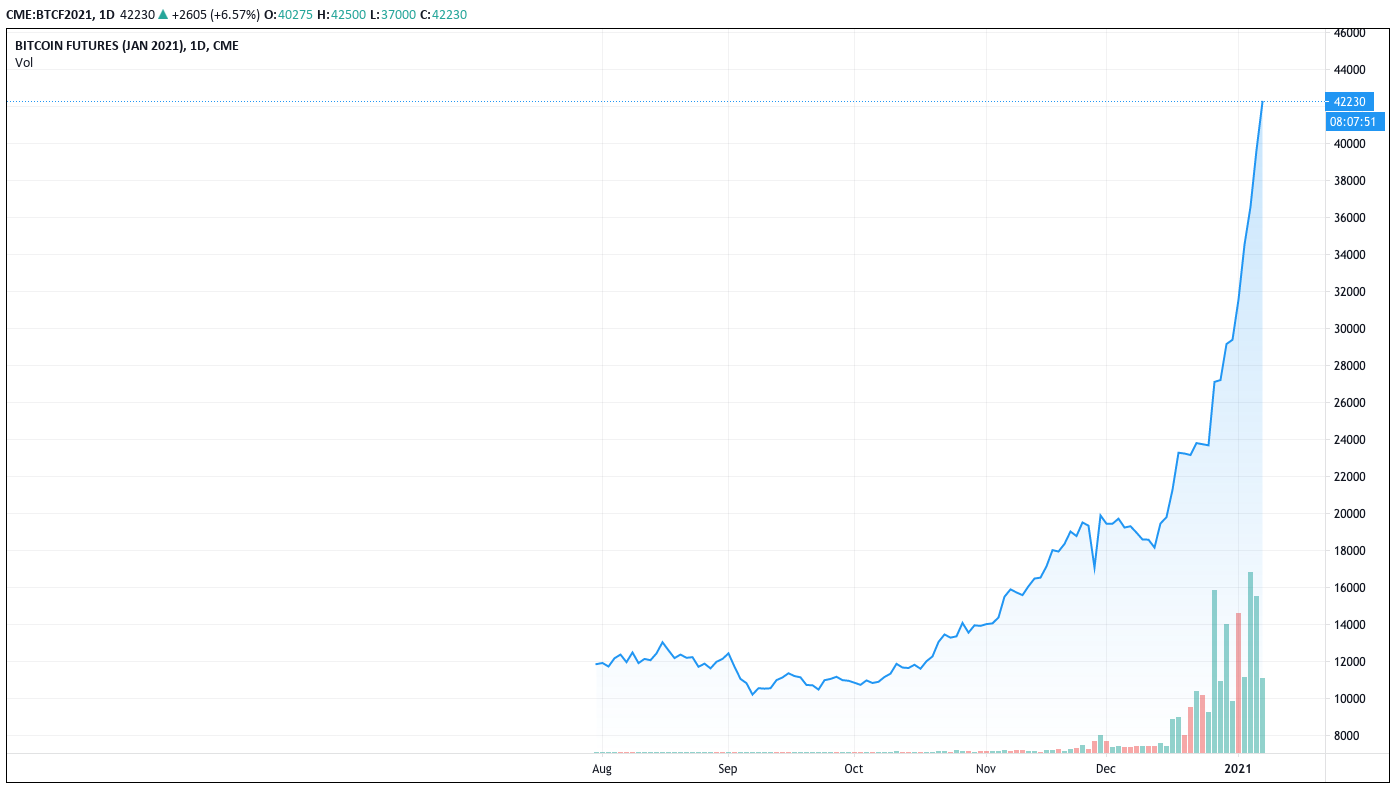 However, in Jan 2021, there is a near exponential rise in the BTC futures trade volume. With the ring-fencing approach taken by exchanges in Asia, India, increasing trade volume on CME assures that there may be regulatory approval soon enough, boosting trader’s sentiment. Though AssetDash ranked Bitcoin in the 7th place on its top assets list, the price rally and the increasing investment flow are adding to the digital gold narrative and not the asset class one, unlike 2017.

While Bitcoin’s 2017 rally was about selling and exiting at the right price point, this one is about HODLing. Scott Melker on Twitter commented about how he is done trading and Bitcoin’s current market is what he was trading for. This is the sentiment across spot exchanges, however, retail traders may have stopped the frequency of day trades but selling is still on, by retail traders. 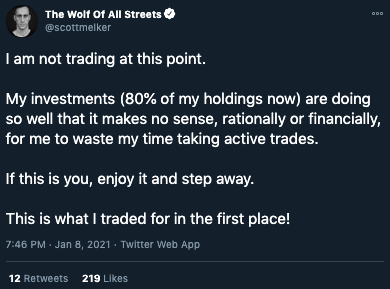 If this is what day traders have waited for, the current price rally is 360 degrees different from 2017. Institutionalization has introduced both volatility and maturity to the current Bitcoin market. Another interesting contrast between the two price rallies is the OI. Though leverage ratio across exchanges has dropped, OI has increased consistently with the price. With every spike in price, several long and short positions are liquidated on BitMEX, however, retail traders are opening more positions and OI is high. 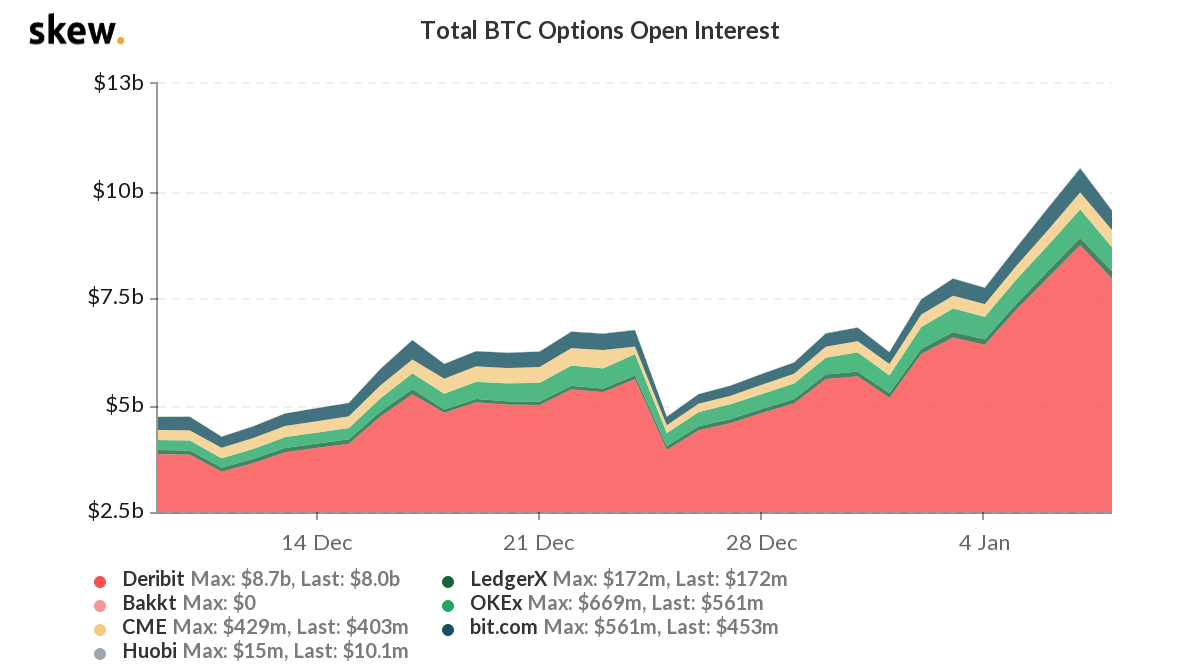 The open interest hit a peak of $10.5 Billion, and it has dropped close to $8.5 Billion on top derivatives exchanges. In the ongoing price rally, there is a possibility of OI rising above the previous ATH of $10.5 Billion. The 2021 price rally is a long one compared to the 2017 rally, statistically, it can be said to be 130% bigger and better.

Bitcoin mining difficulty rises by around 11%