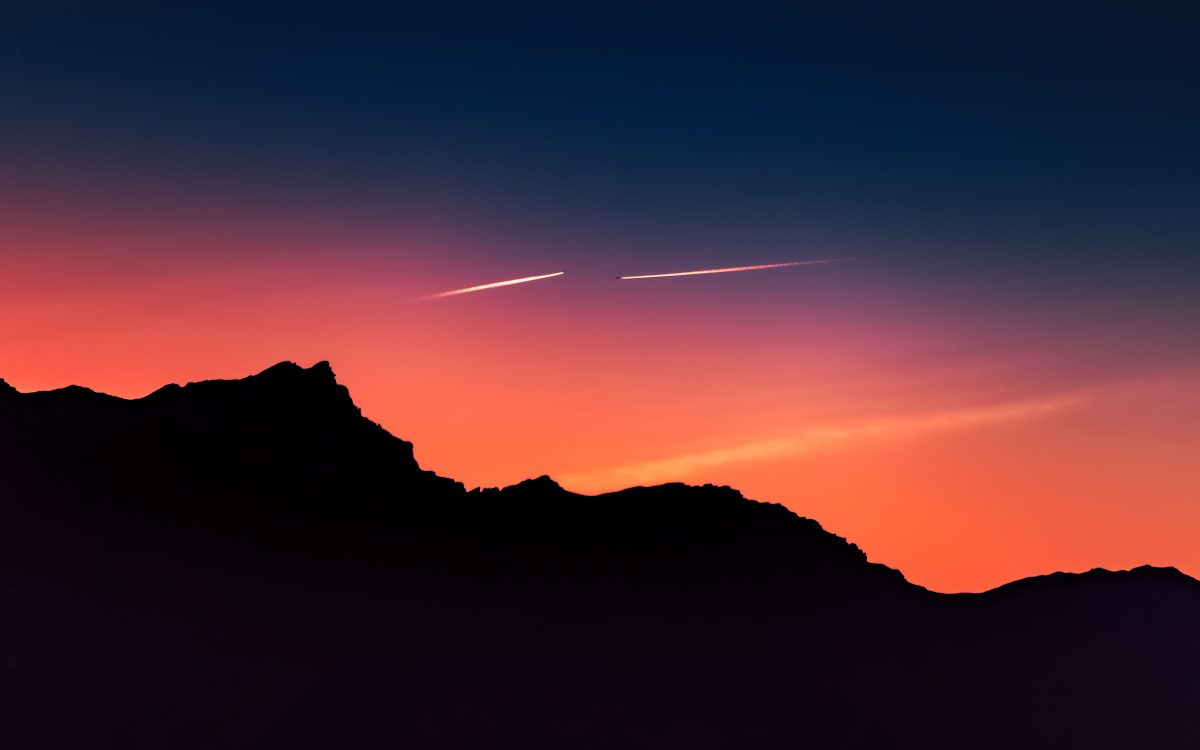 The daily aggregate trade volume for NFTs has increased consistently since February of 2021. It hit an ATH in March of 2021. Their transaction volume has a direct relationship with the price and the ROI, post-March’s price action.

Top tokens like THETA, ENJ, CHZ, MANA, and FLOW are consolidating currently. In the case of THETA, the price has been largely rangebound between $11.5 and $13.4 for over two weeks now. Currently, THETA is trading at $12.11 and the trade volume on spot exchanges is dropping, hinting at a consolidation phase in the following week. The price has dropped nearly 5% and THETA is currently in the buy zone.

For HODLers willing to HODL for over 90 days, one can expect returns of over 500% based on historic price action. THETA hit its ATH less than 15 days ago, and since it is consolidating based on its price chart, this may be the ideal time for traders to accumulate.

Another token that is currently consolidating is Enjin Coin. 94% of ENJ HODLers are profitable at the current price level. The on-chain sentiment is neutral but the trade volume has dropped nearly 60%. The concentration by large hodlers is currently 67%, as this increases the price is expected to increase. 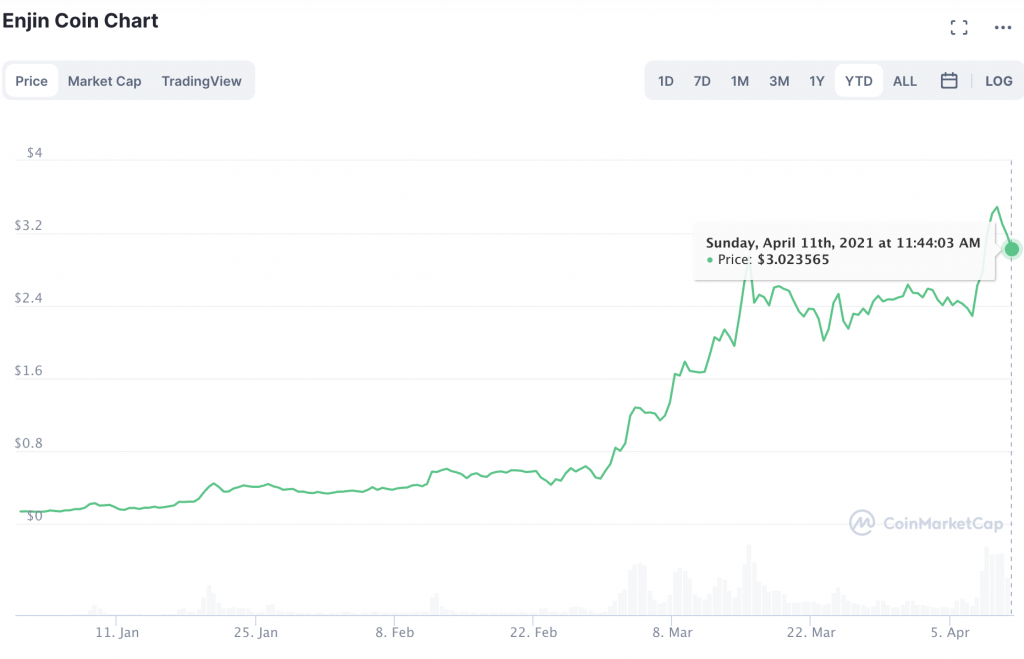 Based on the above price chart, traders can expect a drop to the price levels seen in March 2021. When it comes to other tokens like CHZ, MANA, and FLOW, the market capitalization has had an impact on NFT returns, as shown in the following chart. 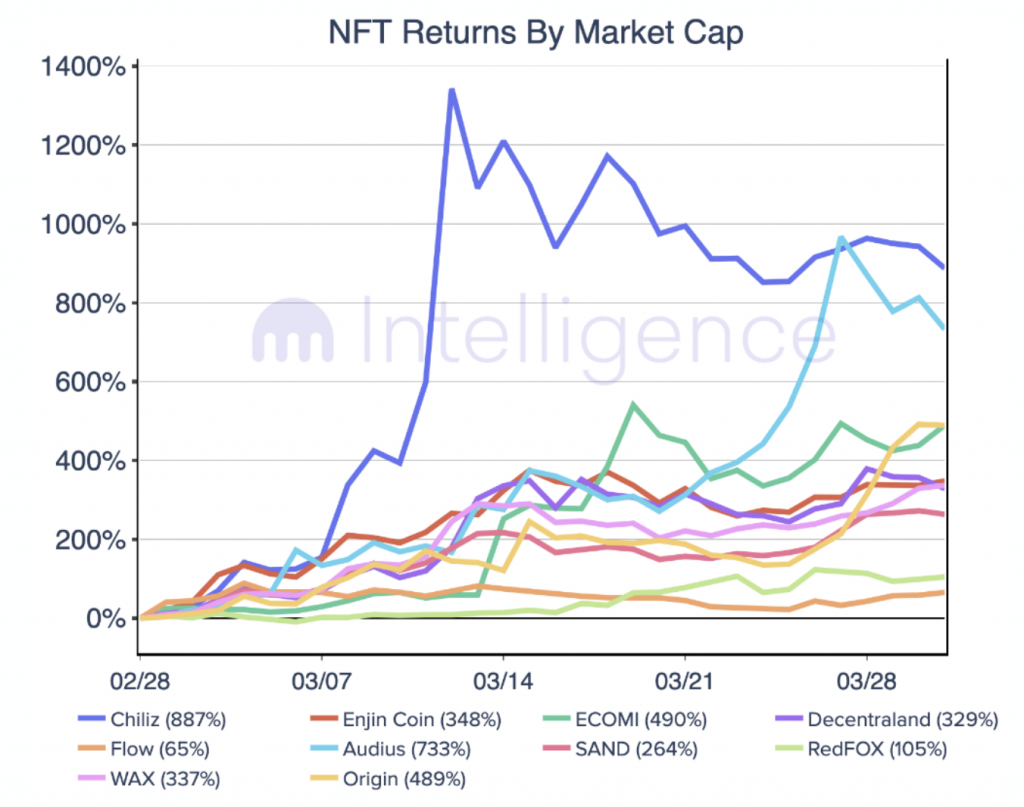 Chiliz is one of the top tokens with high returns in March 2021, followed by Audius, Ecomi, Origin, Enjin coin, and Decentraland. Based on Kraken Report, the market capitalization of these tokens is directly related to the increase in price.

High returns on NFTs correspond to some of the notable artwork that has had a big impact. Top art pieces are the iconic British street artist Banksy being burned and transformed into an NFT, the Kings of Leon becoming the first band to release an album as an NFT, Justin Sun purchasing Jack Dorsey’s first tweet for $500,000, digital artist Beeple selling an NFT for $69,000,000 via legacy auction house Christie’s, etc.

These notable NFTs have led to a single trend that emerges from top tokens, increasing demand, and bullish sentiment among traders and art collectors. Of the 10 largest NFT coins by market cap, March’s average and median return were +404% and +343%, respectively. The top performer was Chiliz, and following that MANA and FLOW emerged as competitors with 329% and 65% respectively.

In the case of MANA, the trade volume has dropped by nearly 40%, this NFT token is also heading towards consolidation. In the case of FLOW, it dropped by over 20%. These two NFT tokens are also currently being consolidated, these two coins are also in the buy zone for traders expecting to buy NFTs before the next wave of bullish trends hits top NFT tokens. Based on the price action and trend in March and the first 10 days of April, traders can watch out for NFT tokens like THETA, CHZ, MANA, FLOW, and ENJ, since the returns compete with the top altcoins that offer double-digit returns in a short time frame like ADA, XRP, LINK , NPXS, HOT.