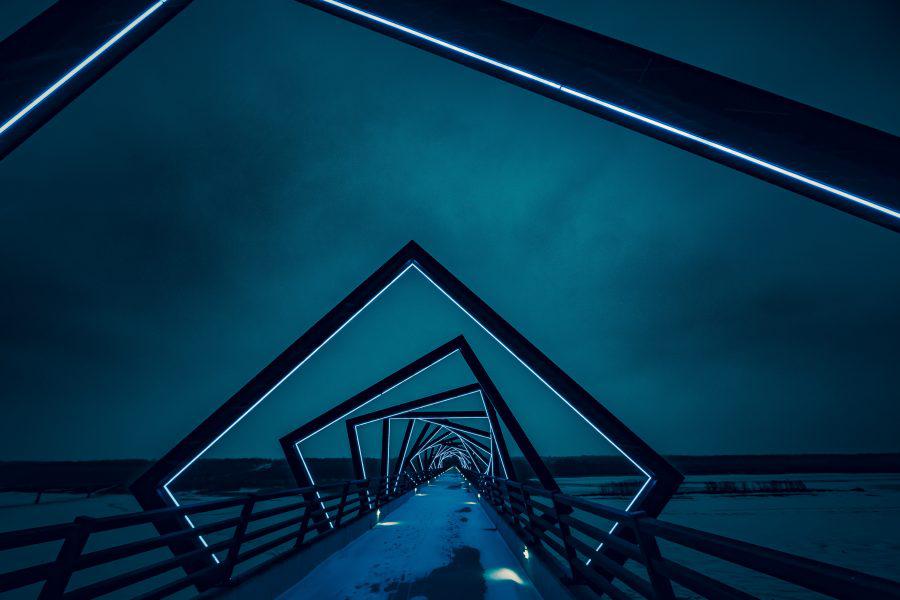 People are now spending 11 hours a day interacting with media. This has made us more sensitive and discerning with the user experience that apps and services provide. We expect to encounter easy and intuitive interfaces and we hate it when things don’t work the way we wanted them to. We also want to be able to customize and personalize these technologies according to our digital lifestyles.

Yet, there continues to be a gap between our expectations and what has been made available to us. While designers and engineers are pressured to deliver an optimal user experience, interfaces are often built to appeal to the common denominator. They are often aimed at the services’ target demographics and have few options to customize them to fit our individual needs.

This continues to be the case for emerging technologies such as blockchain and the various decentralized apps (dapps) that use them. Despite labeled as “decentralized,” dapps are still developed by teams that set the initial user experiences. Unfortunately, poor user experience and lack of customization are rampant in the space preventing these new services from being adopted by ordinary users.

But what if the experience layer can be made customizable? To an extent, it’s already being done even with conventional apps with task automators like IFTTT and Stringify. Blockchain project Cardstack is now working on a platform to enable similar orchestration for dapps.

So could such an effort to provide customized user experiences improve upon people’s perception and adoption of blockchain technologies?

The problem with emerging technologies such as blockchain is that elements such as user experience often come as secondary concerns. Take Bitcoin, for example. In its earlier days, using Bitcoin was complicated and required technical know-how. It was not until online wallets and exchanges like Coinbase built better interfaces for Bitcoin did it start enjoying wider adoption.

The reality of our digital lifestyles is that not one app can cover all the functionalities we need, so we tend to use a collection of them. This unitasking approach created silos around apps. Users often have to switch from one app to the next to work on tasks. This resulted in fragmented experiences leading to inefficiency.

This is felt even more with blockchain services. While integrations are available with conventional apps, there are currently few ways for dapps to work with each other. Interoperability across blockchains is limited.

What automation services do is to make applications work together by allowing users to create their own customized workflows. IFTTT users, for instance, can configure conventional apps to perform actions when certain conditions they set are met. Thanks to application programming interfaces (APIs), a user can configure established apps like MailChimp and WordPress to work as part of a workflow.

Similarly, Cardstack also offers a platform that can orchestrate various functionalities of such as authentication, communication, and payments. These are visualized as cards which users can then “stack” together in order to create customized workflows.

Through its Cardstack Hub, the platform has the ability to listen for events and send commands to various data sources including the cloud and blockchain. It uses smart contracts to be able to tap into various dapps.

We also often have to worry about managing separate accounts and subscriptions of each app we use. Even with task automators, users still have to subscribe to various apps prior to orchestration. In the case of paid services, users have to pay for and manage each subscription separately.

This becomes even more of a problem with blockchain. Most dapps require utility tokens to function. A user who needs to chain together various dapps would also need to maintain these different tokens. Cardstack solves this by using just a single token (CARD) that would facilitate the creation of smart contracts for the blockchains that are to be used as data sources.

To help speed up transactions, it also features the Tally protocol that pre-processes transactions before final transactions are sent to the Ethereum blockchain.

Cardstack envisions to eventually make various functionalities available as open-source code. Community contributors can clone, modify, and build upon these functionalities. These improvements are then made available to other users who can integrate them into their own workflows.

Conventional orchestration services that only deal with centralized services is that users are limited to what its supported apps provide. Users have to request new functionalities if they aren’t available by default. Unfortunately, developers often take time to act on these. But even with paid services, such requests for customizations and improvements can be ignored.

The availability of means to extend functionalities only makes dapps even more attractive compared to conventional apps. Continuous development can unlock numerous possibilities in the workflows that can be created through the platform.

Many of us may have chosen to gloss over dapps due to the limited ways they can be integrated to our workflows. Fortunately, orchestration platforms are now available to help in making blockchain relevant to our preferred user experiences.

But since users’ preferences also change, the ability for functionalities to evolve only helps in the long run. A platform like Cardstack not only make dapps interoperable, it also gives users the ability to continuously improve through open source development.

Making dapps available to become part of larger workflows only amplifies their value. This increased utility should encourage more users to start adopting them. As with most emerging technologies, mainstream adoption is key to success.

Why crypto is here to stay

Endor Aims to Empower Users with Predictive Analytics on Blockchain