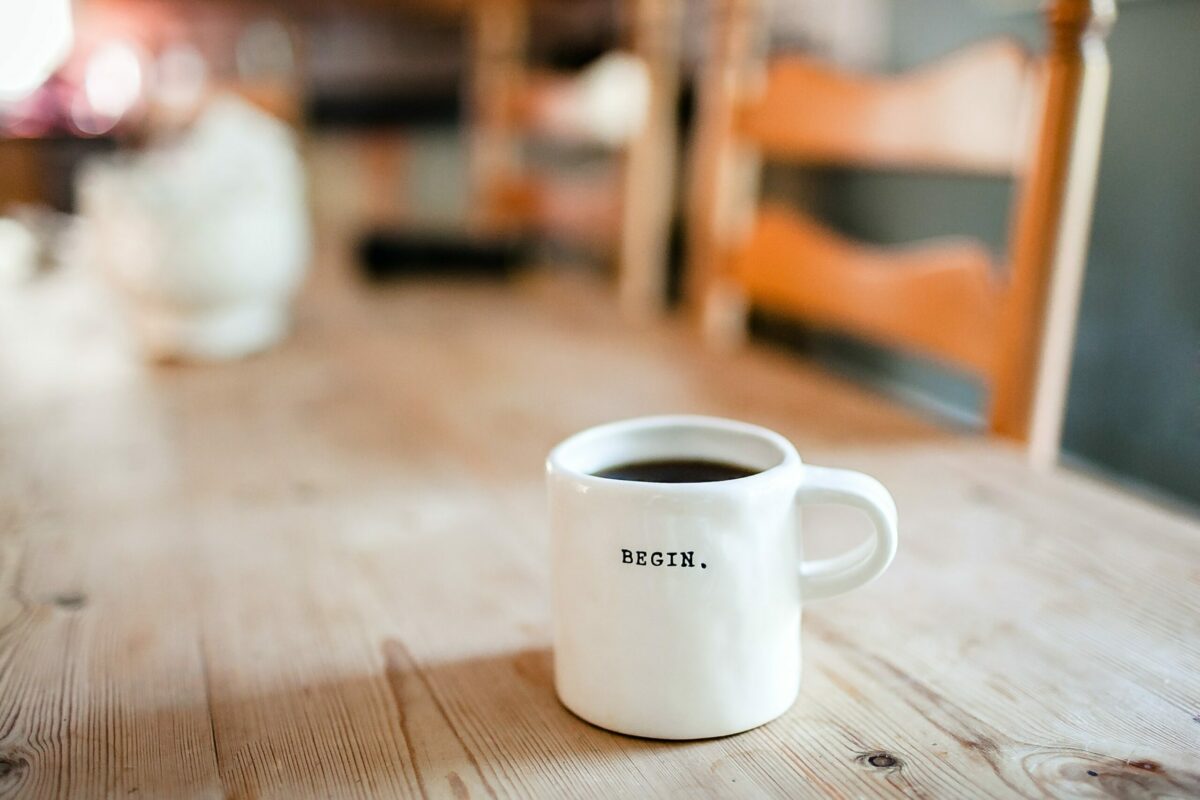 A collective bullish rally is presently evident in the charts as Ethereum has managed to claw back above $2500. Bitcoin has breached above $40,000 as well, as the digital asset industry is flipping current bearish woes. While price action is attempting to establish a bullish structure, it is imperative to keep an eye on specific circulating supply metrics.

Ethereum dropped down from its all-time high of $4375 so quickly last month, it was difficult to gauge the relative strength of the top. A blow-off at the top isn’t always indicative of a long-term reversal, but speculations were ongoing about the market turning on its heels.

The industry is closing on a 4-week revival period now, and a couple of metrics may give us a clearer picture about the trend forward.

Ethereum ASOL and MSOL: What do we learn? 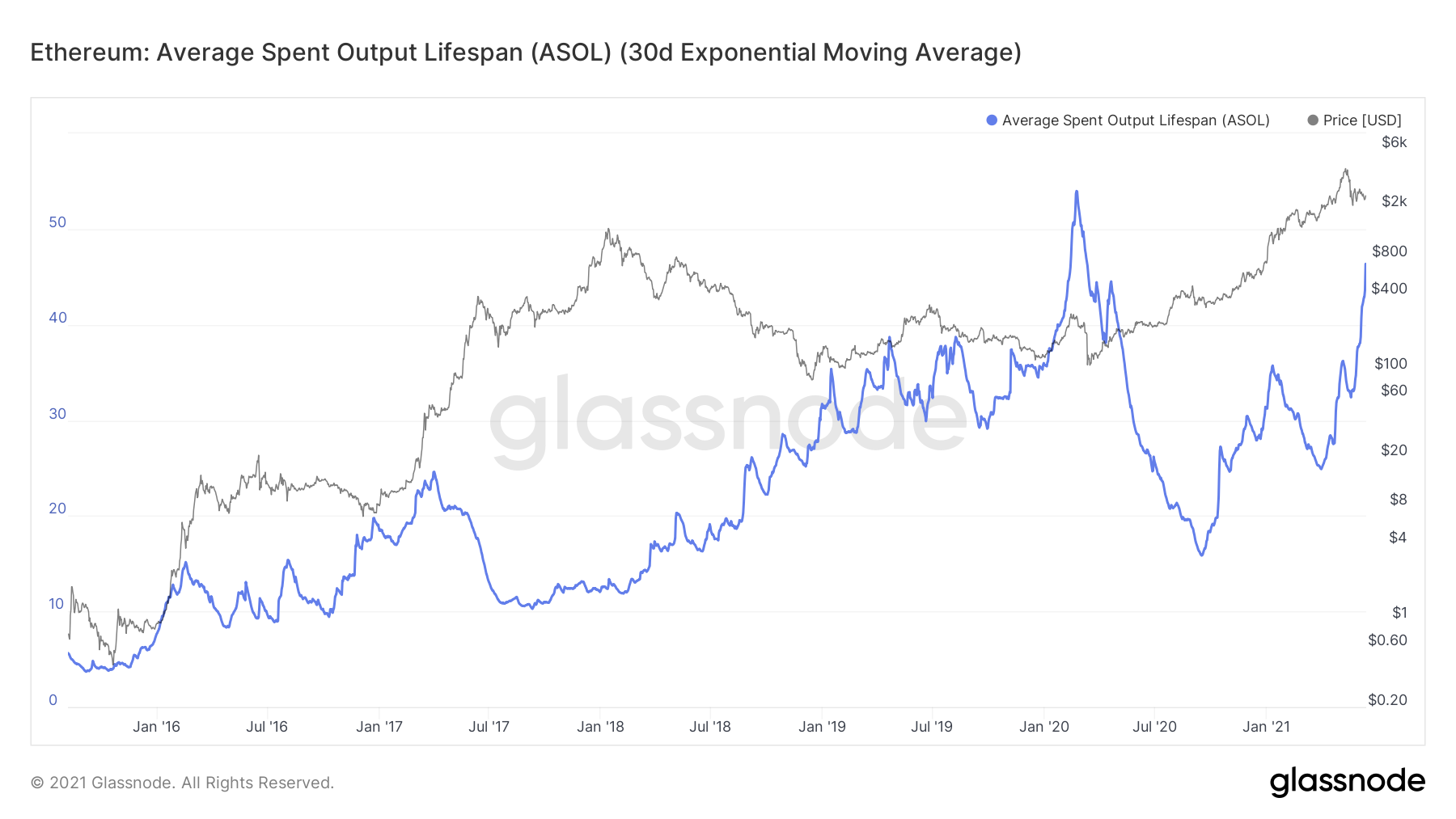 The above chart illustrates the Average Spent Output Lifespan of Ethereum, which in simple terms is the average age of spent transaction outputs. When we are talking about spent outputs, it indicates the coins that were spent on that particular day or time frame, and lifespan is the time when the coin was last moved.

Therefore, ASOL metric can be extremely important to identify old coins that were created before and whether they are moving in the network. The ASOL metric rises when old coins are on the move, as it brings up the average. 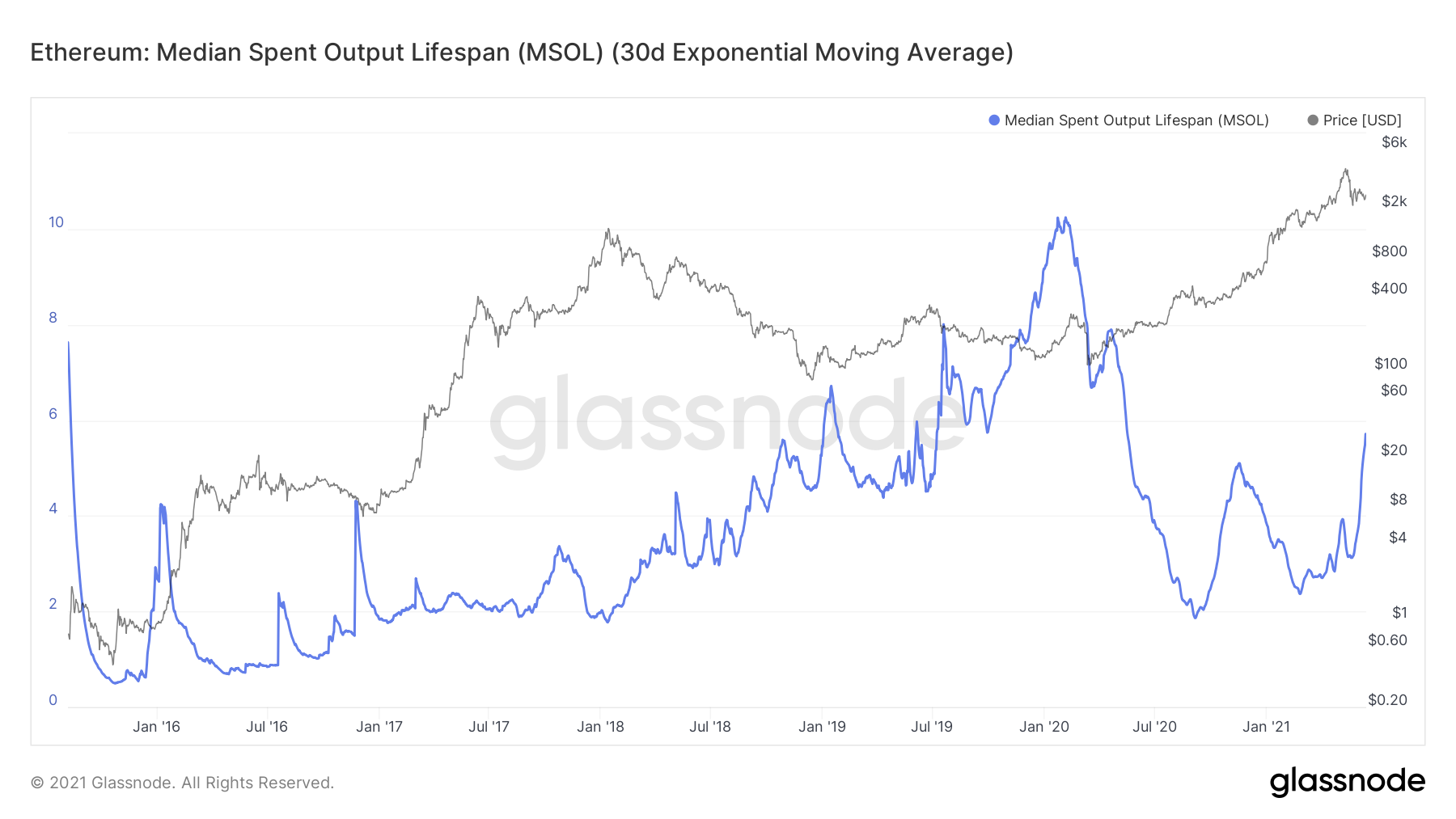 In a similar light, Median Spent Output Lifespan or MSOL tracks coins with middle-age or basically supply that is used in day-to-day traffic.

What can be inferred?

Now, analyzing both ASOL and MSOL for Ethereum, the indicators are currently on the rise. It means old coins are currently dominating flow and movement. Historically, whenever ASOL and MSOL have been on an incline, they have injected a strong period of volatility, where the price has moved sharply in a bullish or bearish direction.

Now, keeping the larger trend in mind, it is important to note that the cycle is still relatively bullish. ASOL value currently rising in the chart might be suggestive that a sharper bullish trend is still ahead for Ethereum.

The MSOL value is still relatively neutral which means that newer coins are most responsible for day-to-day coin traffic, but remains on an incline path as well.

Here are Bitcoin’s short-term roadblocks that must be cleared