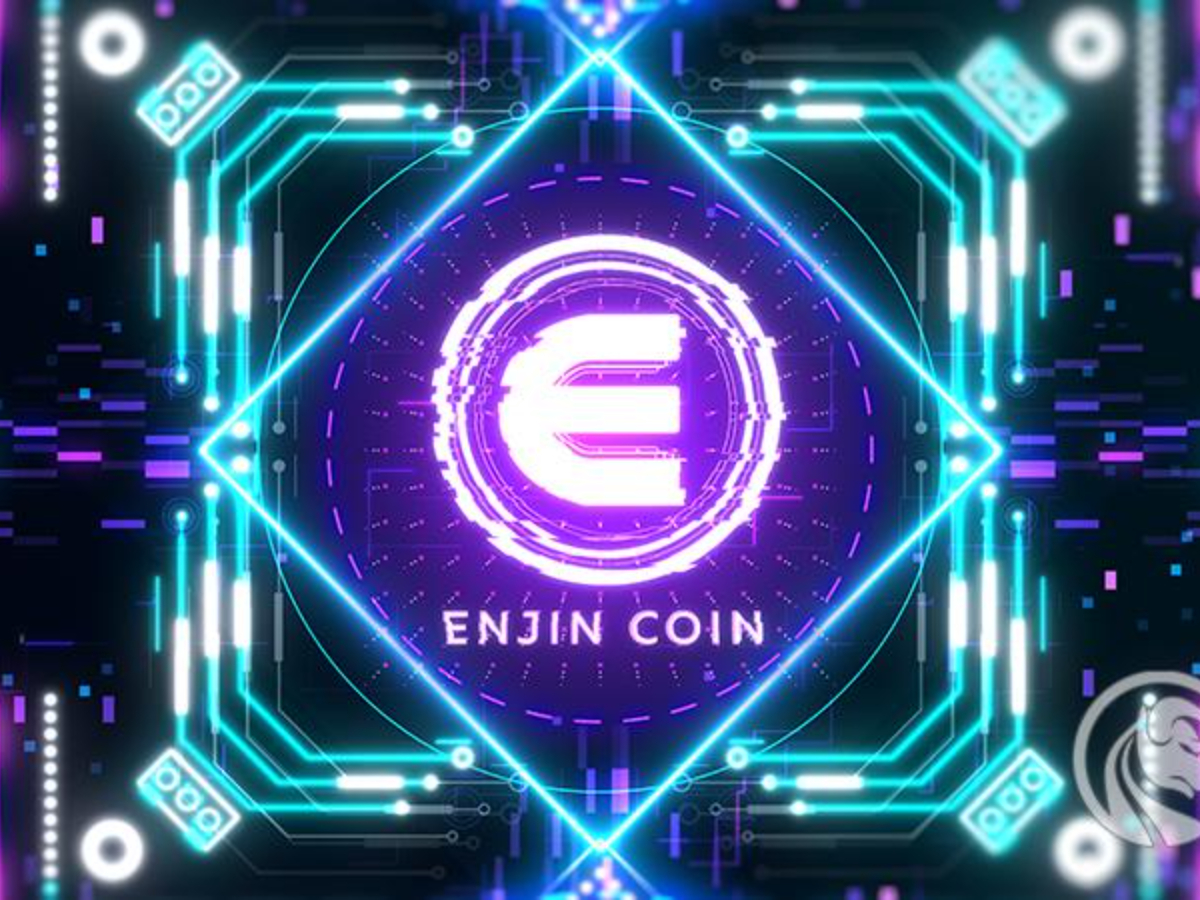 Enjin has emerged as one of the market’s top gaming tokens of late. Recently, it pictures significant growth on the charts too. However, the catalyst for this growth has been its Efinity Network which is striving hard to become what the Enjin community expects it to be.

Even so, the question remains – Can Enjin investors actually gain something out of this situation?

With the parachain auctions underway and Acala winning the first round, the hype around Enjin’s Efinity Network is growing massively. Interestingly, Acala or Moonbeam is already poised to win the first slot. So, the network is aiming to compete where it could win. And, also trying to get the fourth slot of the auction which will be decided on 2 December.

If it wins the slot, the Efinity Network’s mainnet will become operational by the end of 2021. Notably, it has designs for a $100 million Metaverse fund to support projects on the chain. 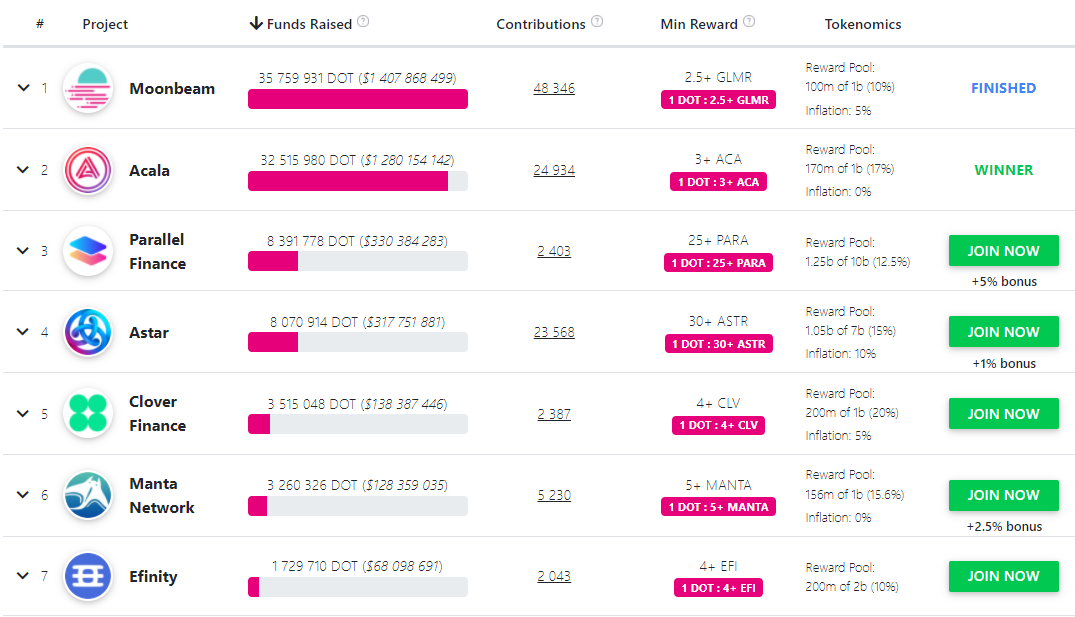 In response to the beginning of these auctions, multiple exchanges and protocols have been showering Efinity with support. Gate.io, BitMart Exchange, and Indodax are some examples that have either listed EFI or added support for depositing and trading. AAX exchange also announced a 5000 EFI NFTs giveaway in celebration of EFI’s listing.

Now, this has actually second-hand benefitted Enjin and its investors. Especially since the altcoin has literally jumped 2x in the last one month, marking a 141% rally. 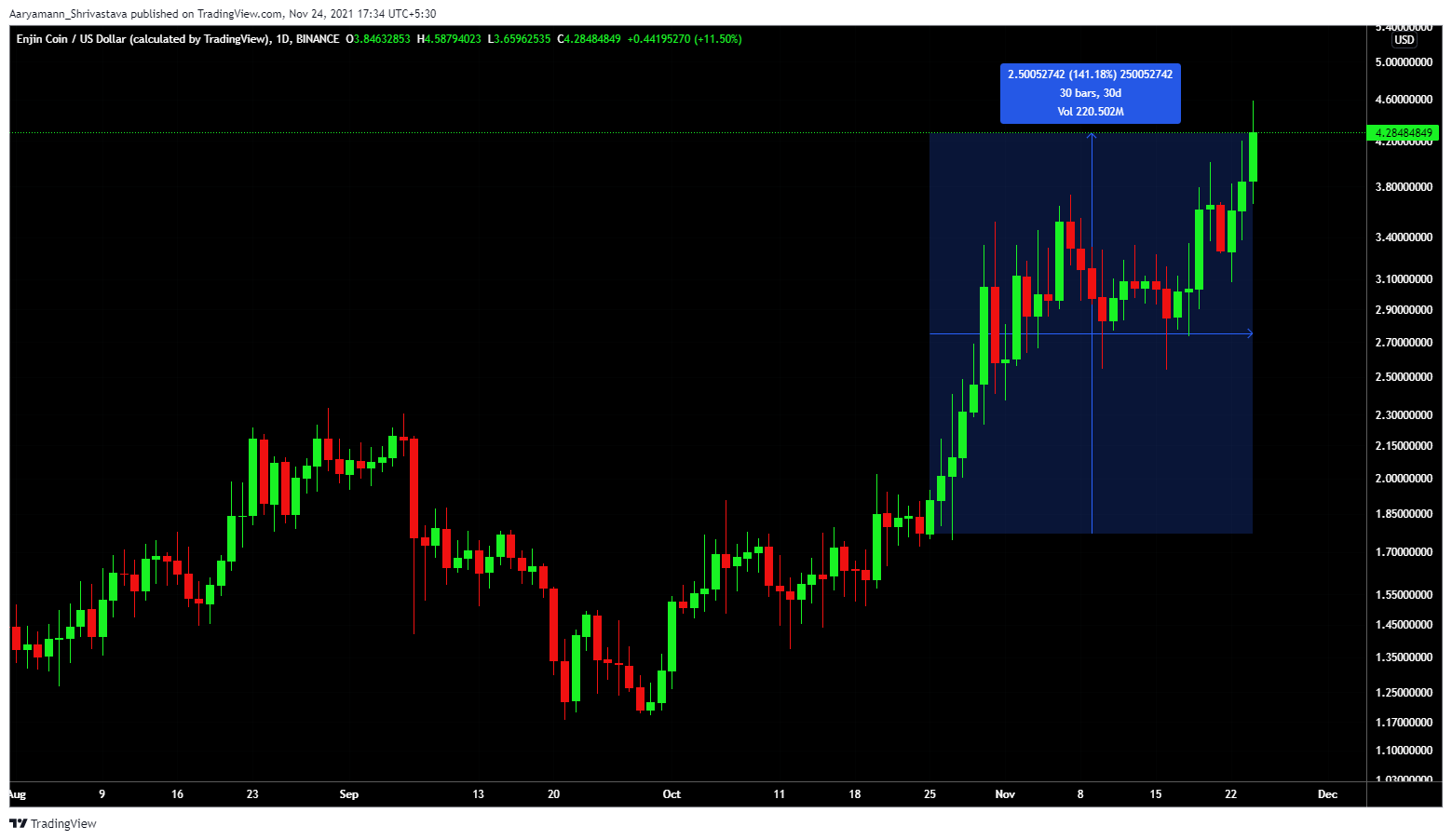 As a result, right now almost 95% of all addresses are enjoying profits compared to two months ago when the figures were half of it. Consequently, investors once again have become active, something that is visible in the 160% jump registered on the charts. 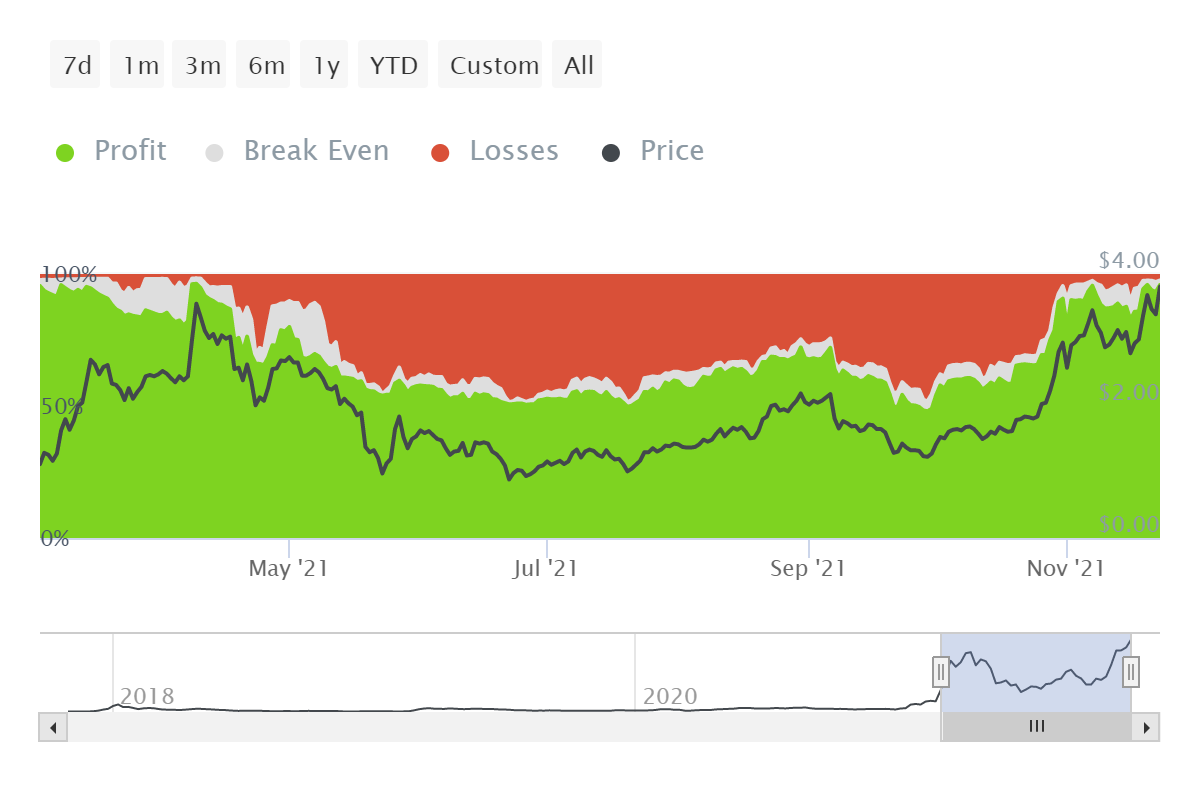 However, it is not just retail investors who have become active. Whales too have been enjoying profits and even cashing it in.

Volumes averaging at $10 – $12 million every day for the last month signified that Enjin’s 13 whales are constantly active.

Taking all the aforementioned instances into account, it becomes clear that the network is in a good space now. This can also be backed by the rising market value of ENJ. In fact, the indicator is at its highest in over seven months now.