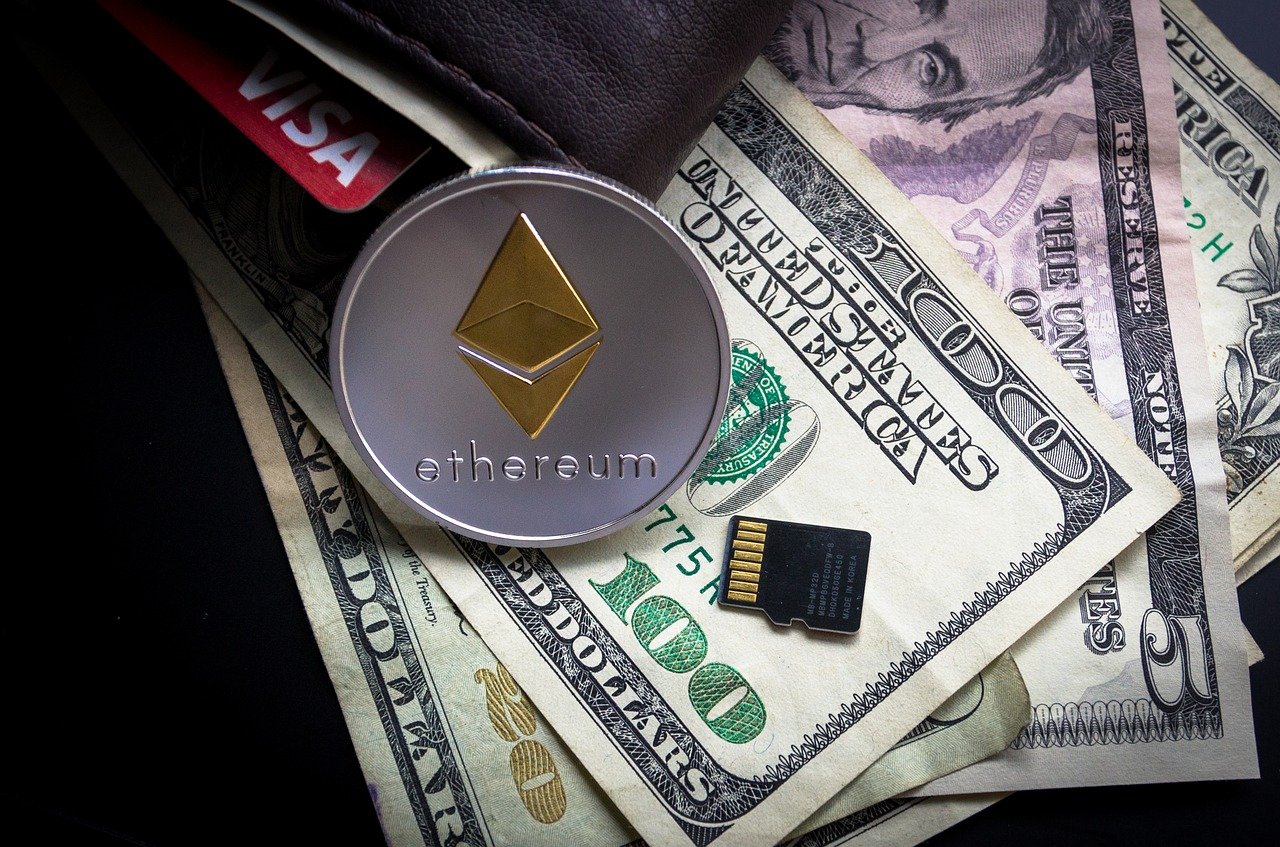 Ethereum has been in the headlines over the last week mostly because of its massive price gains. Today, the world’s largest altcoin is stirring up excitement in the community ahead of its much-anticipated London hard fork. It is going live in one week. Amid the already soaring prices of alts on the back of Bitcoin price gains, what to expect from the top altcoin in the next week?

The altcoin market is booming

The altcoin market is doing pretty well. It won’t be wrong to say that the top alt has a huge role to play in the same. Ethereum, as the top altcoin, largely affects the prices of other major alts as well as alt rallies in general.

A recent report highlighted the sheer rise in the global crypto population in the last few months underlining how it has doubled in just four months, to touch 221 million as of June. At the beginning of this year, BTC and ETH together held 80% of the market share, which dropped to 61% in the last month as alts expanded their share from 20% to 38% in that same time.

Is Ethereum the safest bet

The larger altcoin market action will be dependent on the moves Ethereum makes in the coming weeks. MVRV on the coin’s charts points out the average profit or loss of all token holders based on the price when each token last was moved. A look at Ethereum’s MVRV (30-day) pointed out that the coins were in profit. The metric was the highest since May 15 at the time of writing and stood at 11.54%.

The active addresses stood at 593K on July 28 was, a decent spike and the highest since June 28. Additionally, a notable spike in transaction volumes highlighted large transactions for Ethereum on July 28. A similar transaction spike was seen a week ago on July 21.

Despite Ethereum’s relatively high MVRV (30d), metrics reflected market expectations connected to the anticipated London hard fork. A report highlighted that ETH was at +9% MVRV 30d. This meant that the average profit of one month ETH holders is around 9%, which is good for holders but poses risk for buyers.

Furthermore, a look at Ethereum’s Sharpe ratio which compared its performance to a “risk-free” asset over a window of time indicated that ETH had peaked on the metric on July 26. The Sharpe ratio’s value was at 3.95. Whereas in three days’ time, that is, at the time of writing, the same was 1.27.

While it came down by almost 50% it’s notable that it is still higher than the May-end to July-beginning levels. Ergo, it meant that the return-yielding capacity of ETH for every additional unit of risk taken, was still up as compared to the last couple of months. 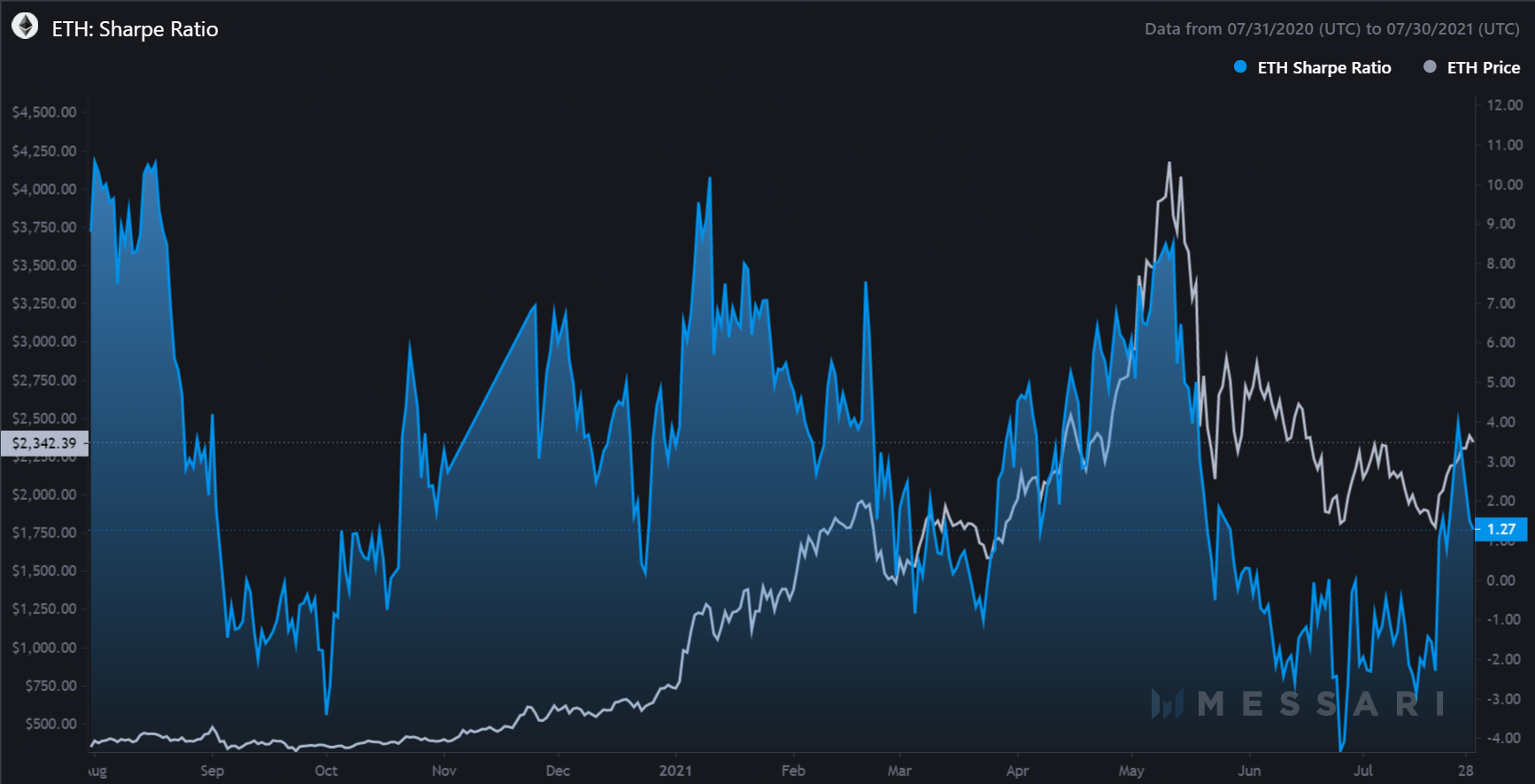 Here how other alts look, against ETH

A recent Santiment report used MVRV to highlight certain alts to ETH disposition. It’s an interesting trend to look at, especially in terms of how alts are waiting for ETH hard fork. For this, Ethereum is seen alongside GRT, UNI, MKR, MATIC, and AAVE.

For the five alts, the MVRV ratio intraday (30day) varied from +4 to +9% at the same time when ETH’s was +9%. This meant that they were less risky to buy and had a more neutral market. The report further said:

“Altcoins are close to neutral. Selling is not recommended. Buying feels less risky at this point.”

So, what does this mean?

In conclusion, it does seem likely that Ethereum is a little risky for buyers looking to invest at the moment. For holders, however, these are good times. New buyers should wait out till the hard fork, for a more stable market. That being said, other alts seem to be waiting for the post-hard fork Ethereum and Bitcoin price action. All in all, this seems like a classic “wait and watch” scenario, at least for the short run.

Related Topics:AltcoinsEthereumLondon Hardfork
Up Next

Are Axie Infinity, ENJ, ALICE’s performances proof that ‘gaming summer’ is upon us

Why Chainlink investors need to know this before rage-selling