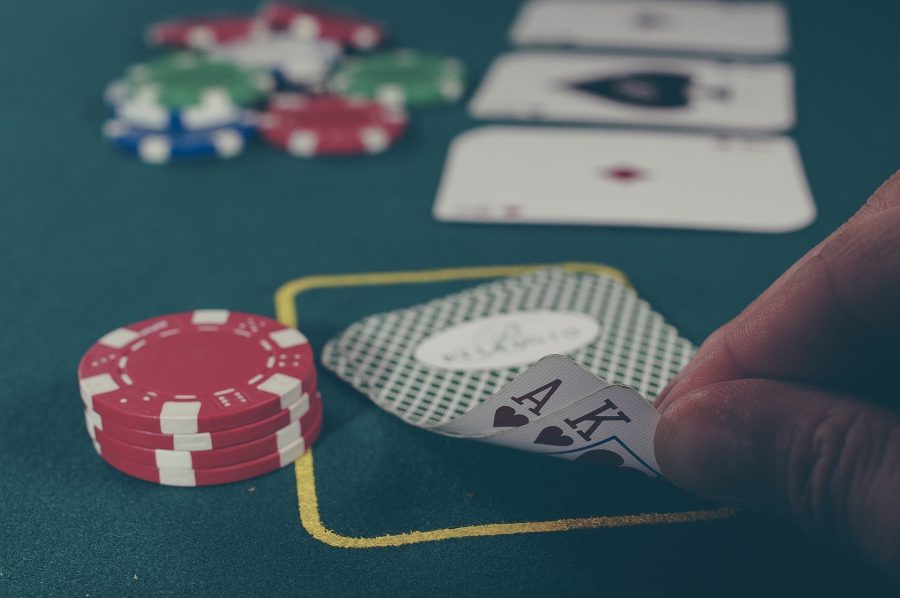 Over the past two decades, technology has completely transformed almost every existing industry, with the gambling and casino industries experiencing a total makeover. Technology has played a vital role in the continued success of casino games, as they have become available to be played online, and even on mobile phones. Even brick and mortar casinos have benefited from technology in the form of high-tech slot games and increased security among other advantages.

A Brief History of Gambling and Casinos

The beginning of gambling games goes back thousands of years, with the earliest evidence going as far back as 2300 BC. As far as modern casino games go, we see the beginnings of roulette being played in Paris in 1796, and poker becoming very popular throughout the 1800s. In 1891, the very first slot machines, known as ‘one-armed bandits’, made their first appearance in New York, and soon after that gambling took off in a massive way all over the world!

In the early 90s some of the first online gambling companies were established and took the industry to a whole new level. Technology continues to improve the online industry, putting pressure on software developers to create new and exciting games all the time.

Mobile Apps and Their Influence

While online gambling was massively popular, a problem soon arose where players did not just want to play on their PCs and laptops at home but on their mobile phones too. This created massive opportunities in the market and software develops were soon making games that were mobile friendly! Now games can be played whether you’re on the train on your way to work or on the other side of the world, thus making these games far more accessible!

There are many games that offer offline versions too, where winnings can be checked out at a later stage, allowing players to play these games even without internet! Mobile apps have a truly massive influence over the industry at the moment, with more and more players turning to the convenience of mobile apps and online casinos instead of traditional casino establishments.

In an industry such as this one, where large amounts of money are transferred from one player to the next, security is key! In brick and mortar casinos we have seen massive improvements in CCTV and surveillance systems, that have facial recognition and other features that allow casino security to keep their establishments as secure as possible.

Online casino’s security measures are even more important, as online casinos are at risk of hackers and fraudsters. Encryption is used to ensure that your financial and personal details are kept secure and do not fall into the wrong hands. Payment methods need to be protected whether you are using old school bank wire or modern versions like echecks. Technology has also played a major role in allowing online casinos to keep their games 100% fair by creating specialised algorithms.

Cryptocurrencies, such as Bitcoin, have gained massive traction over the last few years. These decentralised currencies rely heavily on technology and have many advantages, such as anonymity, low fees and quick processing times. Many online casinos now accept cryptocurrencies as a form of payment, with some online casinos only accepting these tokens, and even being themed around cryptocurrency. While this new form of trade has seen many successes, there have also been many failures and it is advisable to do thorough research before buying and using cryptocurrency in any sphere.

The Future of Gambling

Technology is moving at an incredibly rapid pace, so it is difficult to even predict what the next few months may have in store, let alone the next 5 years. However, it is safe to say that we should continue to see more online options, improved graphics and more interactive features. With the rise of virtual reality, it’s not unlikely that VR slots and casino games will become the next big thing, with a few 3D, virtual reality casinos already existing!

When it comes to gaming, you can also check which are the best payout casinos including betting and online casinos on the market today.

What are the prospects for business internship abroad?

Malta AI & Blockchain Summit throwing a massive show in May