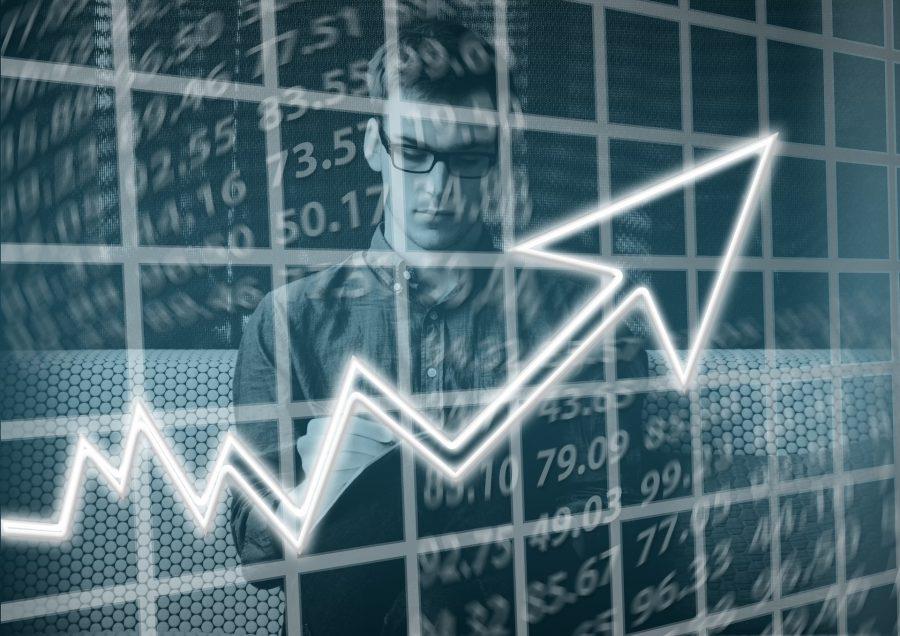 If you have been investing in cryptocurrency for a while, as an early adopter, you are in a big plus: the total market capitalization grew until the beginning of 2018. But the Wild West today has become civilized. And currently, in order to earn in the market of cryptocurrencies, it is necessary to look out for pearls on a cryptocurrency bottom before their hype.
Investing in cryptocurrency at the stage of hype is a risky decision, because today some digital currencies can be at their peak of popularity, while tomorrow lose half of their value. But what happens if you invest in a cryptocurrency that is very little known about but which has a great potential?
In this review we will look at such projects that are still in the sidelines, but can potentially multiply your capital in 2018 by several times.
IMMO: bet on a new world currency
At the moment, IMMO is the most mysterious project of all existing cryptocurrencies in the market. It is believed to have been developed by the Rothschilds, one of the most influential banking dynasties.
Since May, rumors of IMMO have not abated in the cryptocurrency media, which even Vitalik Buterin was worried about. Probably, having learned intentions of the giants of traditional finance from his trusted sources, he confirmed the veracity of these rumors.
On May 26 he asked his Twitter subscribers what they thought about the power of the Rothschilds: “Are “the Rothschilds” actually remotely as powerful and coordinated as the conspiracy theorists seem to believe, or are they just a group of old-money socialites and all that other stuff is overhyped?” In the discussion at Reddit he stated: “If old-money-type high society people want to make their own currencies, go ahead, more power to them; see you in the moderately-free market.”
Up to date very little information is available, and there are speculations regarding the IMMO. Opinions exist according to which that IMMO will be secured by the value of precious metals or associated with real estate. In case this is a private blockchain, it will probably help to keep records of the dynasty’s wealth.
In crypto community the bankers cryptocurrency is commonly known as Ripple. But what if Ripple is only a test case? The Rothschilds are believed to own the huge capital they have been accumulating for over two centuries.
The emergence of a new world currency is predicted by The Economist to take place by 2018. Turning to the statistics, we can find that the average life expectancy of a reserve currency is 94 years. The dollar has remained the world’s reserve currency for 93 years. It can be concluded from the facts that IMMO can likely to increase your investment by several times in 2018-2019.

Are “the Rothschilds” actually remotely as powerful and coordinated as the conspiracy theorists seem to believe, or are they just a group of old-money socialites and all that other stuff is overhyped?

Help me learn and decide! https://t.co/rYcyEHhM6F
— Vitalik “Not giving away ETH” Buterin (@VitalikButerin) May 26, 2018

Eloncity: bet on the global electric grid
Eloncity is a decentralized energy infrastructure with a million self-sufficient energy micro-networks, which aims to make green energy available 24/7. This infrastructure will be developed without state and intermediaries. The price of energy will become transparent for everyone and strive to almost zero. Eloncity is going to create an automated high-speed trading network that will allow to exchange energy in the conditions of live supply and demand. At the same time, AI algorithm will determine the objective cost of electricity at the moment.
The project offers the solution of actual problems of centralization of power networks, among which the problem of environmental pollution, healthcare, security and reliability, possible networks failures, and high cost of electricity.
The Eloncity’s website was launched not so long ago, and the dates of ICO are yet to be posted. However, unlike IMMO, investors interested in Eloncity don’t have to deal with lack of information on the matter.
The team consists of specialists with many years of experience, developers and IT-architects. Among the partners of Eloncity are developers of energy systems. Certainly, the success of Eloncity directly depends on whether the team will be able to solve the performance targets. There are reasons to believe that Eloncity has a chance of success.
Selfkey: bet on identification system
SelfKey is one of the few projects that came out on ICO with a ready-made alpha version of the product. Selfkey is a decentralized identification system. It will make it easy for people to prove their identity in order to access various products and services, including passport and citizenship registration, company registration, financial services, bank account creation and others. Once downloaded by the user, the information can be reused for any product on the market. At the same time, the confidentiality of information is securely protected by the blockchain technology.
Selfkey is a front for KYC-Chain, which was founded in the year of 2016. KYC-Chain proved its capabilities by working with various companies such as Standard Chartered Bank, immigration agency NTL, cryptocurrency exchange Gatecoin, Lykke, Kyber, AirSwap, Polymath, ZILLA, Malabar.ai, TitanFx, DollarSmart and others.
At the Pre-ICO, they managed to attract more than $ 15 million, which indicates an increase on the investor’s interest. On June 27th Selfkey was listed on Binance and now 90% of trading volume occur in this exchange. The market capitalization today is $ 25 million, which is clearly not the ceiling of growth.
Selfkey solves the actual problem of personal data security, which opens up great prospects for the project. There are opinions that the launch of the finished product before 2019 carries some risks, but if you look at it, no other ICO’s enter the market with the finished and realized product. Selfkey is one of the few projects with a good background and experience in the industry, which is the reason to pay attention to this project.
Xinfin: bet on hybrid blockchain
Xinfin is the first and only hybrid blockchain offering advantages of both public and private blockchain. Based on the Ethereum and Quorum blockchain, which was developed by J. P. Morgan, the hybrid network runs on a DPOS consensus between trusted master nodes with both smart contracts and Internet of Things atop of the protocol.
Hybrid blockchain provides a turnkey solution that is much better suited for regulated businesses and governments. After all, large enterprises enjoy the benefits of blockchain without the risks associated with its use. This need led to the creation of several projects focused on private and public blockchain, such as: R3 consortium, IBM Hyperledger and Enterprise Ethereum Alliance.
XinFin completed its ICO in March 2018 and launched TradeFinex, a global trading and financial platform that aims to minimize the inefficiency in the global trade and finance.
The Xinfin XDCE token is not yet traded on major cryptocurrency exchanges, and the total market capitalization today is only $ 15 million. Taking into account the technical component of this project, and the composition advisors in the face of Roger Ver, the Mate Tokay, Jason Butcher, a conclusion could be made that Xinfin has all the chances to grow several times over.

I’m now an advisor for @XinfinF, a fork of JPMorgan’s Quorum.
My first advice was to accept #BitcoinCash for their ICO.
Learn more at https://t.co/Lyv6AZ5x7c

No one knows whether the events of spring of 2017 will ever play out. In the recent 6 months only few cryptocurrency have shown slight positive dynamics. Yet, it is not a reason to give up on cryptocurrency market. Instead, adapting to new realities and finding new opportunities to make money may still be possible. If you can’t find those pearls, maybe it means you haven’t gone deep enough?
Author – John Peterson

Can Trust and Transparency Prevail with the Rising Popularity of Cryptocurrency Gambling and Casinos?

Aurorachain: dedicated to the decentralized application in diversified industries