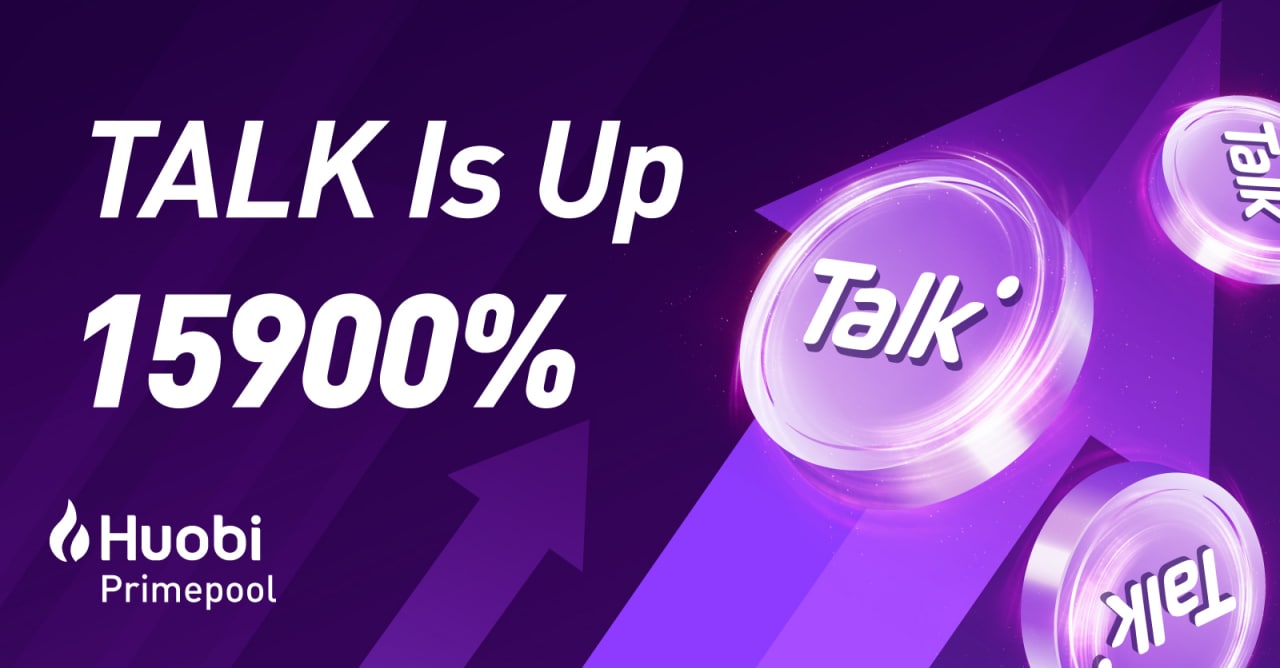 Amid the success of community initiatives on the Huobi platform, TALK, a new token from Talken, a multi-chain decentralized NFT wallet founded in South Korea, began trading on Huobi Primepool on August 31st.

More than 33,100 people from 108 countries participated in the latest Primepool, underscoring the Huobi community and the greater blockchain ecosystem’s growing interest in the platform, which aims at offering users an easy and convenient method to participate in the ecological development of the projects listed on Huobi.

“The Huobi community isn’t passive when it comes to participation in the blockchain ecosystem. They want to actively contribute and make the most of their earnings, as well as support burgeoning projects they believe in. Huobi Primpool allows them to do that, so we’re excited to continue offering new exciting listings in the future,” stated Ciara Sun, head of listing and blockchain investments.

During the event, users were able to lock their Huobi Token (HT) and DeFine (DFA) tokens in exchange for a chance to win TALK tokens. According to Huobi data from the first round of the event, a total of 51.94 million HTs and a total of 9.8 million DFAs were locked. Users received approximately 3.168 million TALK rewards, which is about 158,400 USDT based on the opening price and 25,344,000 USDT based on the highest price.

Both the Huobi Prime and Primepool events have drawn significant attention to Huobi’s listings of new coins. While other exchanges offer similar programs for community members to receive rewards and create income streams, Huobi has consistently provided the highest APY returns for its users.

“Making sure our Prime and Primepool events offer the highest quality projects is very important to us. While we receive interest from tens of hundreds of projects, we evaluate each project carefully to ensure our users not only obtain rewards through staking HT but are also able to benefit from the broader wealth creation opportunities,” shared Sun.

Round one took place from August 31st to September 3rd. Users locked in at least 1 HT or 5 DFA were eligible to participate in round two from September 3rd to September 7th. The mining rewards from both rounds were distributed based on the user’s staking allocation on that particular day.

Huobi set up massive prize pools for both rounds:

Ciara added, “Moving forward, we’ll continue to offer prize pools and rewards that reflect our continued commitment to our community.”

To learn how to participate in future Huobi Primepool, Prime, and other initiatives, visit https://www.huobi.com/support/en-us/detail/64884381078118.

Ethereum can expect prices to hike when this happens

These could be hidden signs of an upcoming rally for Dogecoin