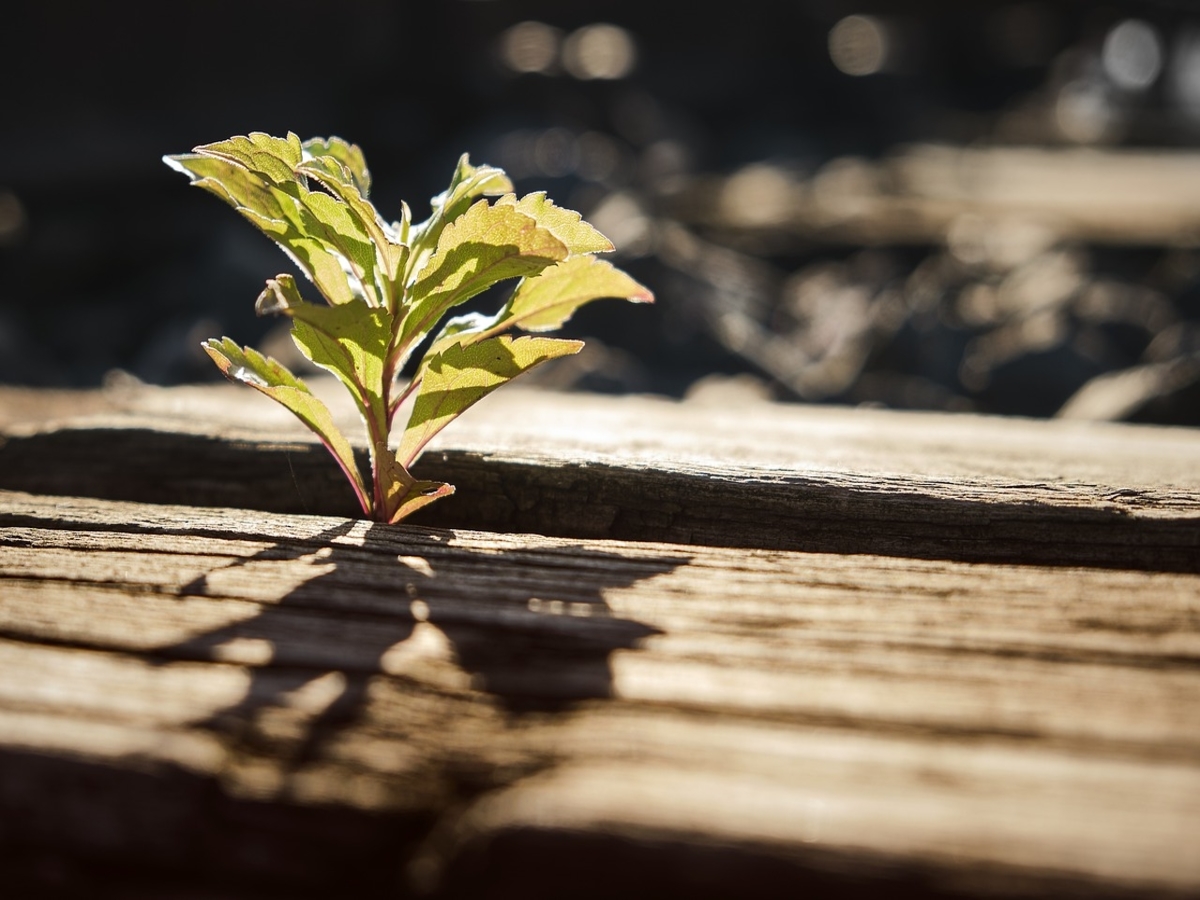 The Ethereum network has consistently been undergoing developments, over the years. All the upgrades and updates, by and large, intend to make the network more scalable, sustainable and secure.

Presently, Ethereum is set to change its consensus mechanism from Proof-of-Work to Proof-of-Stake through a series of upgrades that will be marked by its transition to Ethereum 2.0. 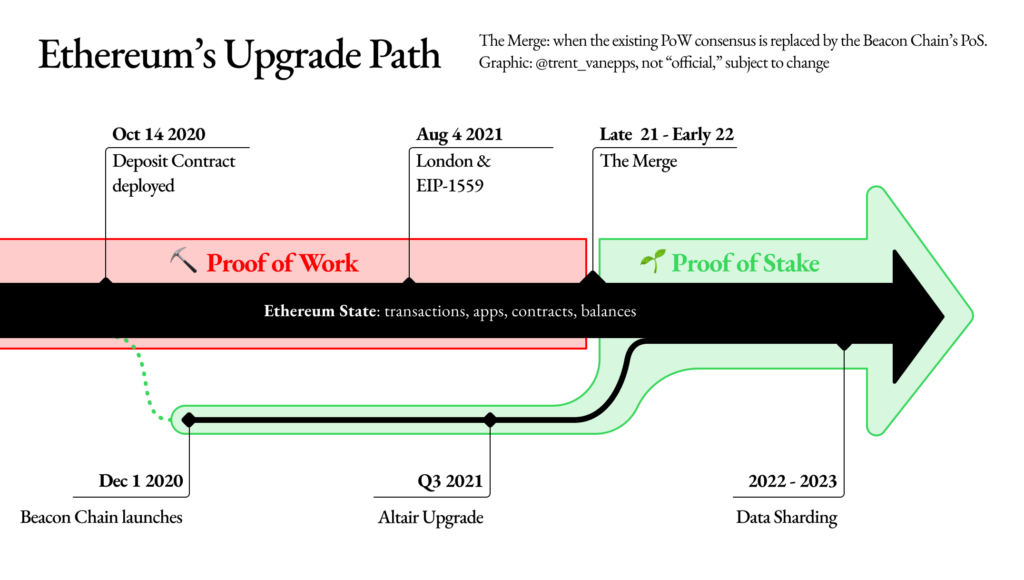 The 2.0 launch is to take place in three phases. The “Beacon Chain” phase has been live since December 2020. This PoS blockchain was launched alongside the current PoW chain to test the functionality and orchestrate the environment for further upgrades. As soon as the next phase, “The Merge” rolls out, the Ethereum network would officially switch to the Beacon blockchain.

The aforementioned shift is expected to happen by the end of this year and would signify the end of energy-intensive mining. The final “Shard Chains” phase is scheduled for launch sometime in 2022 and would enhance the network’s capacity for validating transactions, storing data and improving the network’s performance over time.

Ethereum 2.0 went live on the testnet, a while back. As per data from The Block, the amount of ETH tokens staked in the 2.0 deposit contract has already crossed the 7 million benchmark. In fact, at the time of writing, the same stood at 7.4 million.

Further, the number of addresses with a balance of ≥32 ETH have been witnessing a gradual rise of late. The aforementioned addresses, by and large, account for the potential network validators. As such, to run a validator node on the Ethereum network, a total of 32 ETH need to be staked.

Further, as per data from beaconcha.in, there are currently around 276k validators [as opposed to miners] who are processing the blocks on the PoS network. These validators have a fairly high block success rate [99.51%]. In retrospect, the share of missed blocks per day have majorly been revolving around the bare minimum. 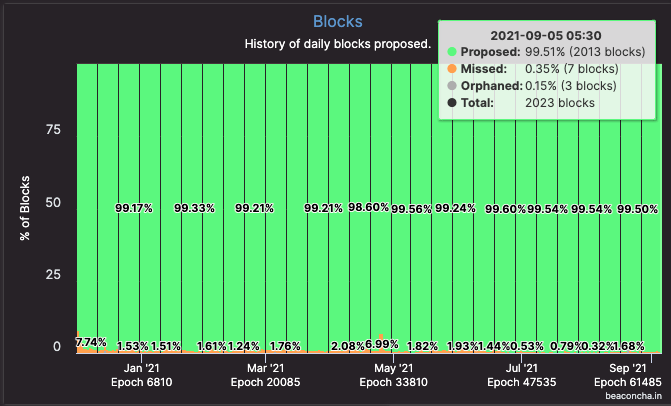 The Ethereum network went through another update via the London hardfork in August. This update marked the implementation of EIP-1559 that altered the transaction fee system and initiated the burning of ETH tokens. 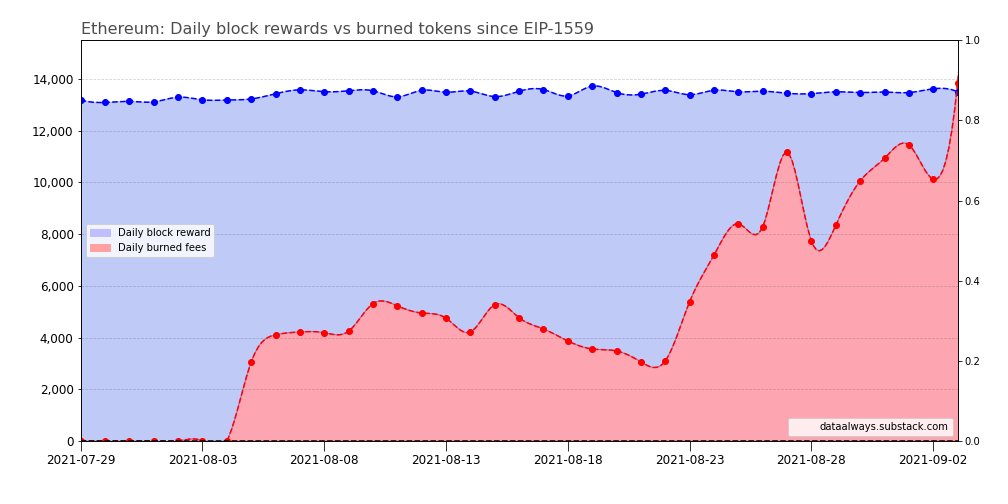 Ethereum witnessed its first ever deflationary day recently. As seen in the chart attached, the daily burned fee managed to climb above the daily block reward for the time since EIP-1559 a day back. This essentially meant that more Ethereum tokens were burned than minted lately. Further, as detailed in an earlier report, this migration has been fairly successful.

As evidenced above, the pace of developments on the largest alt’s network has been quite appealing. Notably, ETH’s price has reacted positively to most of the network related upgrades to date. Ergo, as and when the pending phases roll out, a similar price reaction can be anticipated by token HODLers.