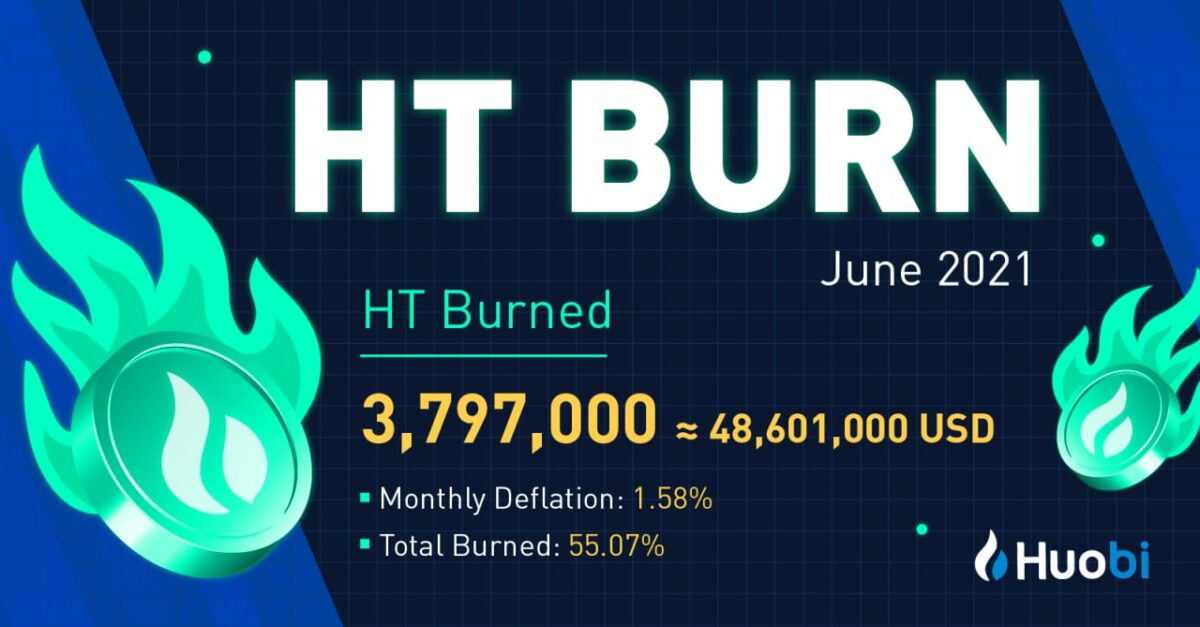 According to the latest HT monthly operations report, the average price of HT burned this time was about 12.80 USDT and it maintained a high deflation trend as in previous months with a deflation rate reaching 1.58% in June. The number of HT holders also increased by about 3.65% from the previous month. As of July 15, 2021, the total existing HT amount is 224.65 million and the total circulation amount is 177,799,000 HT.”

“The greatest value support of HT comes from the every-month burn. Alongside the more strict and severe financial supervision from countries around the world, many blockchain companies have become sluggish in this recent market. Even in such circumstances, Huobi maintains a resilient development in its global business and a relatively high token burn amount in June,” stated Ciara Sun, Vice President of Huobi Global Markets.

Huobi Eco Chain (HECO), a decentralized, EVM-compatible public chain developed by Huobi, also entered the voting stage for its global node election in June. According to the official announcement, becoming a HECO node candidate requires a pledge of 5,000 HT and the number of votes also anchors a voter’s HT staking amount. It has been reported that a total of nine nodes surpassed one million votes as of 14 July, which would further reduce the circulation amount of HT.

“The participation of institutions from all over the world also makes the election a more international and decentralized event. We’ve been continuing to empower HT with various application scenarios because we understand this is an essential factor that most investors will judge when choosing an asset. I am sure this will increase the confidence of our HT holders and promote the long-term development of HT,” commented Ciara.

Litecoin traders must be prepared should this level be breached