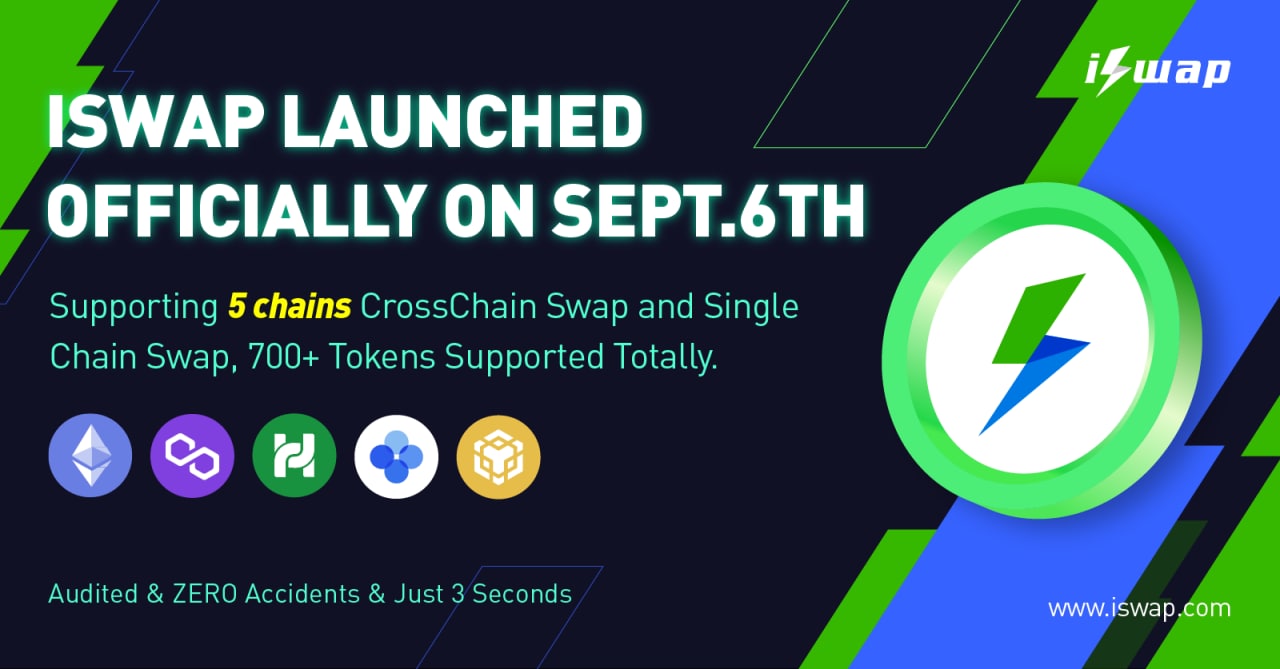 iSwap (www.iswap.com), a cross-chain transaction platform, launched officially today. iSwap has added support for 3 additional chains: Polygon, Ethereum, and OKExChain, in addition to its previous coverage of the BSC and HECO chains. Backed by Huobi Ventures, iSwap is the first solution of its kind to initiate and complete secure, low-fee cross-chain transactions in seconds.

iSwap’s mission is to enable users to enjoy low transaction fees, fast speed and lower slippage while they complete cross-chain transactions. In order to achieve this mission, iSwap’s cross-chain aggregation protocol deploys aggregators and maintains Tether (USDT) holdings on each of its supported chains, which enables the platform to use a layering approach to record the amount available in each chain and use a third-party market maker to re-balance the positions accordingly.

iSwap opened its public beta on Aug 2nd, 2021, and during the beta period, cross-chain transactions were completed in 7 seconds on average, with the fastest seeing completion in only 3 seconds. iSwap is the exclusive chain-bridge supporter of several HECO events, such as “Lucky HECO” and “TUSD gold shovel” mining activities.

“In the ever-evolving blockchain landscape, time is money and it’s more important than ever that digital asset transactions are not only safe and secure but also efficient,” said Ross O’Donovan,

product director of iSwap. “With our platform now available on Ethereum, HECO, BSC, OKExChain, and Polygon, we look forward to welcoming hundreds of thousands of users to a new, faster way to power cross-chain transactions.”

To celebrate its launch, iSwap will host an iSwap Trade Speed Challenge Campaign from Sept. 8th to Sept. 15th, 2021, users will win up to 10,000 times handling fees in rewards. To learn more and participate, visit the event page.

Why it is ‘ridiculously hard’ to use Bitcoin, other cryptocurrencies