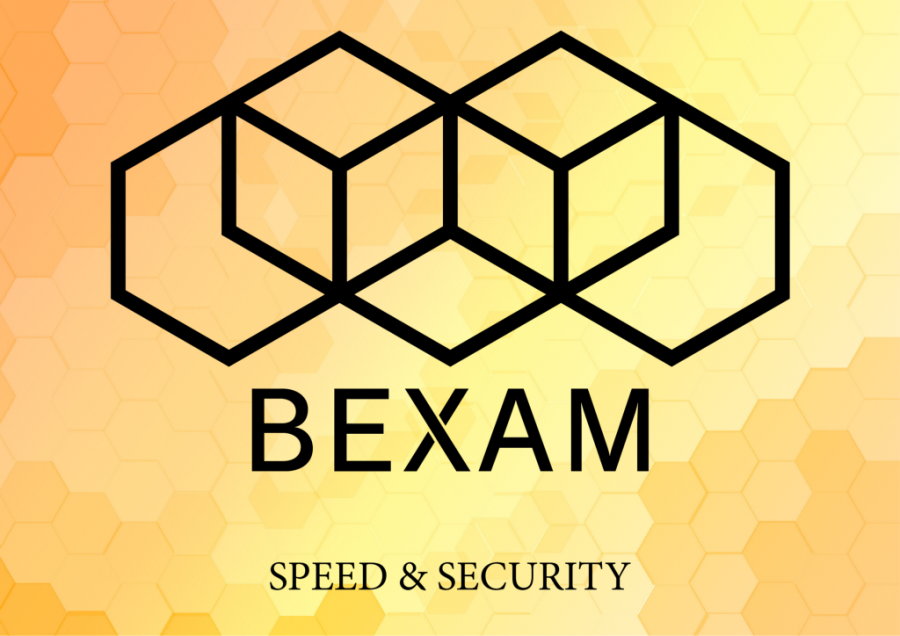 Hybrid cryptocurrency exchange platform launches PoR consensus algorithm to make transactions instant while providing multi-layer protection and increased scalability. BEXAM leverages the perks of both centralized and decentralized systems to build a platform that could process up to 40 million transactions per second.
Centralized vs. decentralized
Two different systems lie at the core of the cryptocurrency exchange market: centralized exchanges and decentralized exchanges. Centralized exchanges provide a pleasant user experience due to one-click transactions, easy-to-use interfaces and a diversity of services.
However, they are usually systems controlled by one entity, thus contradicting the purpose of blockchain, which is to create an environment independent of third parties and middlemen.
Decentralized systems, on the other hand, run on the Ethereum network. Platforms such as AirSwap, IDEX, and Kyber Network leverage smart contracts to streamline cryptocurrency trading and avoid third parties. One of the main pain points of decentralized systems is high requirements on users’ responsibility/tech knowledge.
When private keys are lost, the funds are lost for good. Also, in the absence of a proper interface, the steps involved to perform a successful transaction are confusing and complicated.
BEXAM enters the scene with a business model that aims to combine the best of both centralized and decentralized systems. BEXAM incorporates blockchain/DAG [Directed Acyclic Graph] hybrid with Proof of Rounds (PoR), an innovative consensus algorithm. The end goal is to increase transactional processing speeds while making sure users’ assets are fully protected and stored safely.
Proof of Rounds (PoR) algorithm to give scalability and speed
Every blockchain-based exchange needs a secure, practical and efficient consensus algorithm to function globally. As opposed to existing platforms, BEXAM uses the PoR consensus algorithm to fix two already known issues: lack of scalability and delay.
PoR provides all the associated benefits of blockchain, making the exchange user-friendly and secure, while also speeding the adding, generating, and approving new blocks. The BEXAM hybrid exchange is, therefore, able to process a large amount of transactions simultaneously, just like centralized systems but with several added benefits.
Unlike the Proof of Stake (PoS), Proof of Work (PoW) and Proof of Importance (PoI) algorithms, with PoR the blocks are generated in order, not at random. Also, node productivity is optimized via hierarchical job allocation: Master Nodes, Super Nodes, and Normal Nodes are circling around the Root Node, therefore maintaining an original structure of the network that distributes the information efficiently and impartially.
Existing peer-to-peer systems feature slow data transmission, triggering a problem with data inequity. BEXAM’s PoR centralizes the structure to prevent those problems. In decentralized systems, all nodes are the same and they perform the exact same tasks.
The more nodes emerge, the more connections follow up, lowering the speed. Bitcoin processes 7 transactions per second, Ethereum processes 20, and Visa processes 56,000. After extensive testing, BEXAM can handle up to 40 million transactions per second, a fluctuating number based on the number of Master Nodes and active users. At full operational capacity, one Master Node can handle up to 20,000 TPS.
Multi-functional utility token
The BEXAM exchange will introduce its very own utility token, BXA. One of the main applications for its cryptocurrency will be to provide discounts when performing transactions. The standard commision on BEXAM is 0.1 percent. But, if the commission is paid with BXA tokens, the rate is reduced to 0.05 percent.
Normally, when someone transfers 1000 BTC, the commission fee would be 1 BTC. But if the users choose to pay the fee in BXA tokens, the fee drops to 0.5 BTC. BXA can also be used as a functioning currency, meaning users will be able to trade it for other currencies available on the BEXAM platform.
Building Super Nodes and Master Nodes with specifically assigned roles optimize processing, allowing faster and smoother data transmission. Owning one of the Nodes doesn’t just help streamline a transaction, but also the transaction fee. Voting for a new cryptocurrency implementation are added benefits of the BXA token.
The BEXAM hybrid exchange has planned its pre-sale for the end of October when 150 million BXA tokens will be issued. The public sale will start in early November and the amount of BXA available for sale will be 50 million.
For more information, click here.