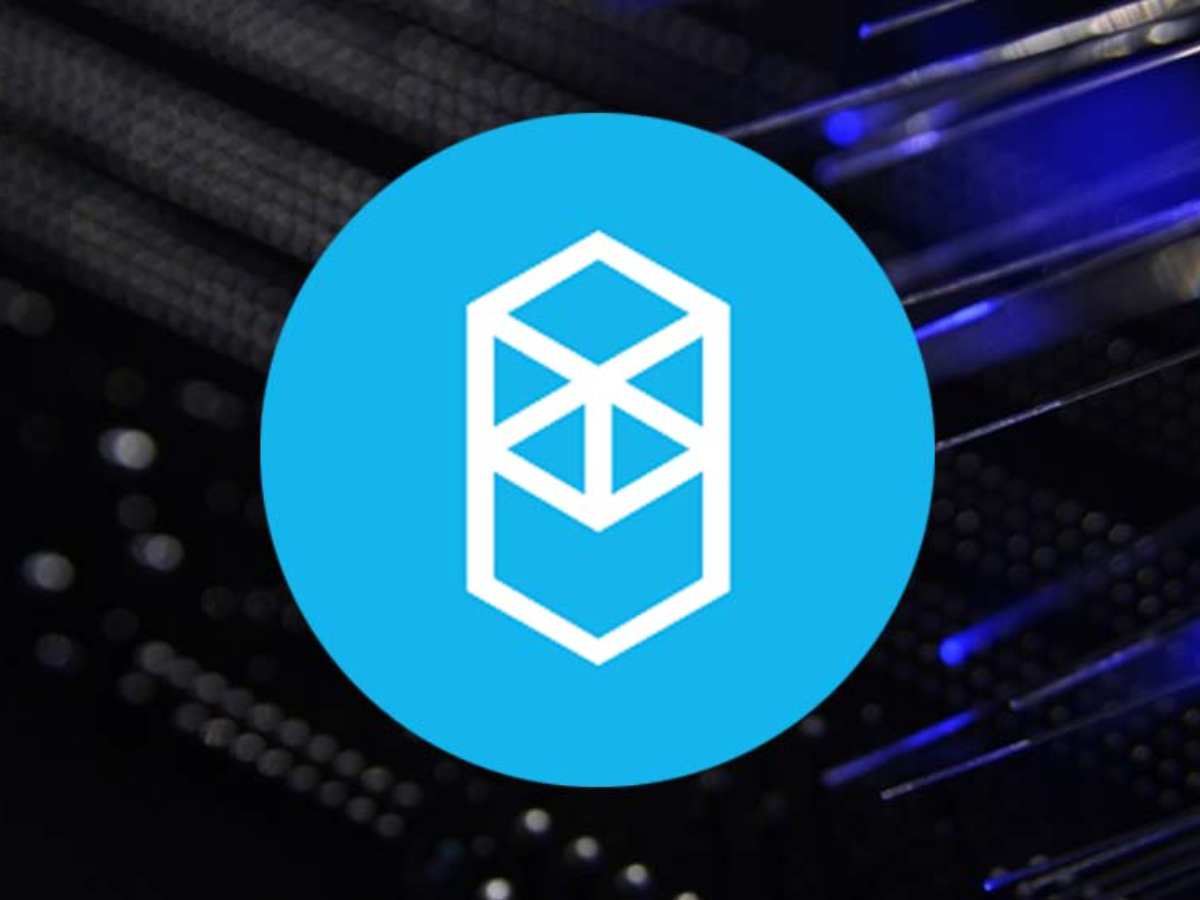 In the middle of an appreciating market since the beginning of the month, Fantom has made a dent in the DeFi and spot space. In doing so, it has even left behind the likes of Bitcoin and Ethereum. The last 7 days have turned out so well for investors that even the most unaware people have been talking about it.

However, being popular and being profitable are 2 different things. So, what is Fantom exactly right now?

The word “meteoric” is not used liberally here as Fantom has broken records over the last few days. Fantom, in fact, was the eighth largest blockchain in terms of DeFi total value locked (TVL). Today, it is the fourth largest. In just a few days, it has pushed past blockchains like Polygon, Terra, and Avalanche – Each of them having registered recent surges of their own.

On 6 October, Fantom’s TVL was $2.4 billion, a figure in line with the steady hike it had seen before. In the following 48 hours, it rose by $7 billion, with the same at $9.01 billion at press time.

That’s not all, however. Fantom, since its launch, has gained merely over 30 protocols. Even so, the network’s myriad of partnerships and ecosystem-centric updates, in the last 6 months, has led to the overall TVL hiking by 16,853,800%!

Yes, by that much.

What explains this hike?

While there is no explicit reason as to why the network has been observing such a stark hike, a huge credit definitely goes to the rise of NFTs. Owing to the same, some of its protocols have gained significantly as well.

Protocols such as Anyswap, NFT marketplace PaintSwap, and Shiba Fantom have all gone up by 235%, 91%, and 155%, respectively.

On top of that, the network’s token FTM itself has risen by 87.3% over the week. The likes of Bitcoin and Ethereum, on the contrary, have only appreciated by 24% and 20%, respectively. 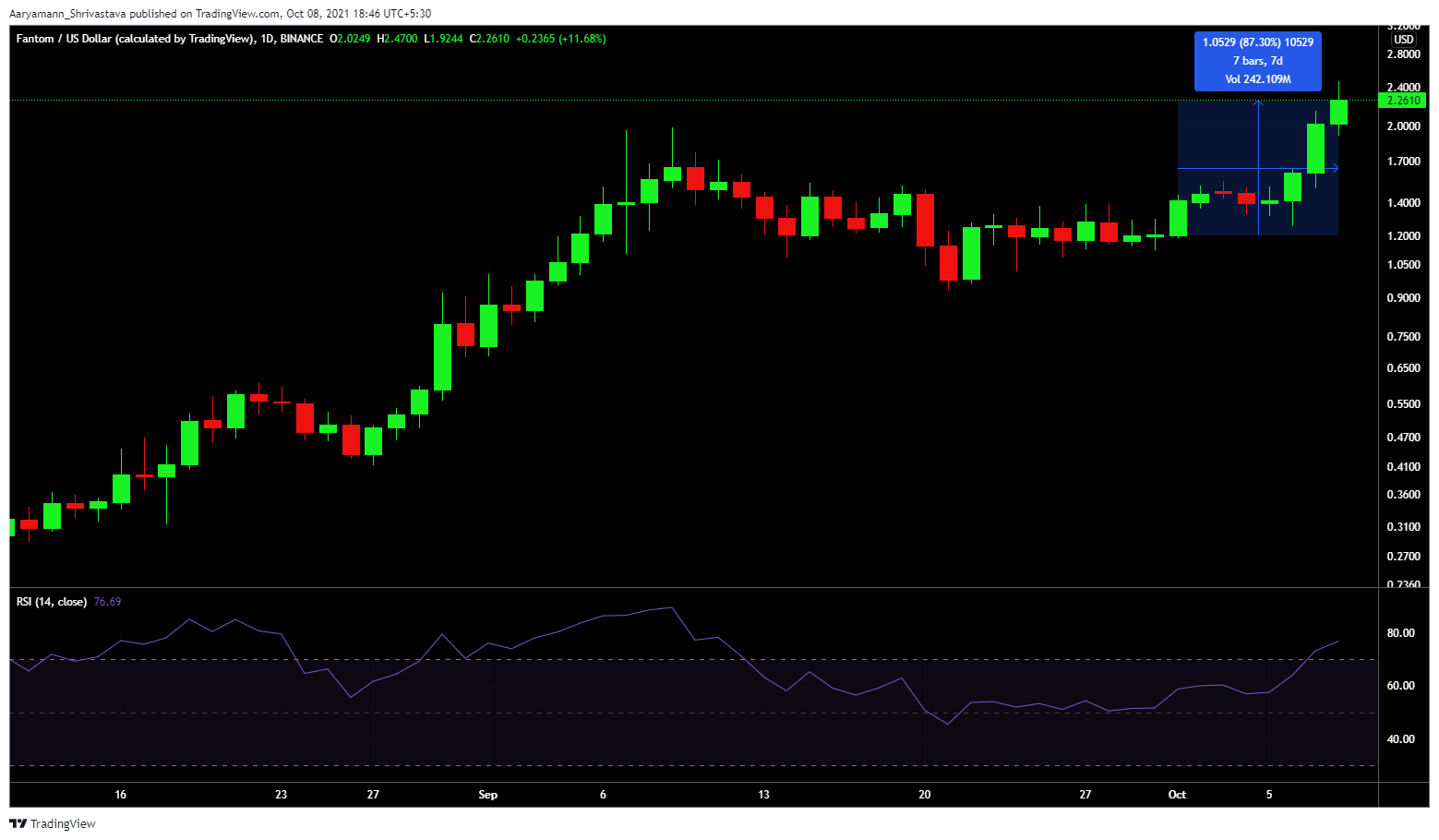 Plus, the network already has a solid participation rate and positive inflows. More than 35.1% of the addresses hold some balance on the network. With the network promising to have solved the ‘trilemma’ of decentralization, scalability, and security, Nansen CEO Alex Svanevik recently said,

“I am very excited to see what’s to come.” 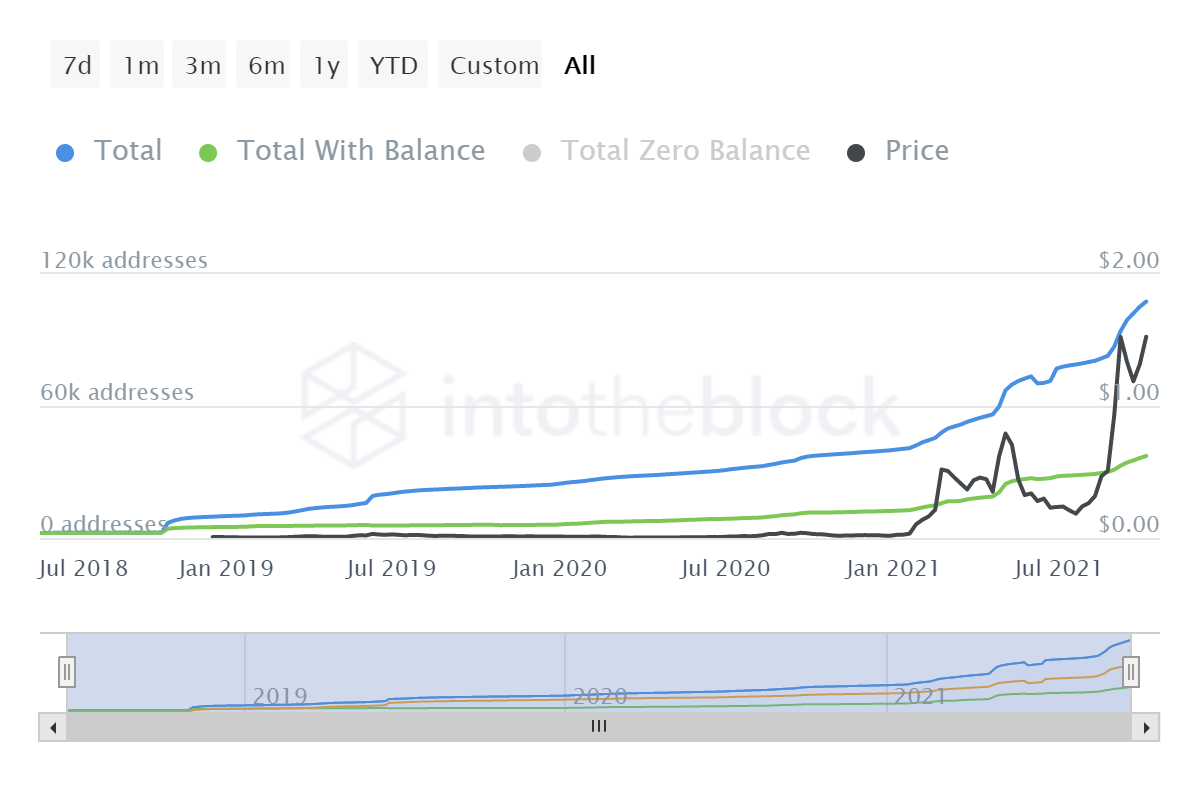 That doesn’t tell us the whole story, however. 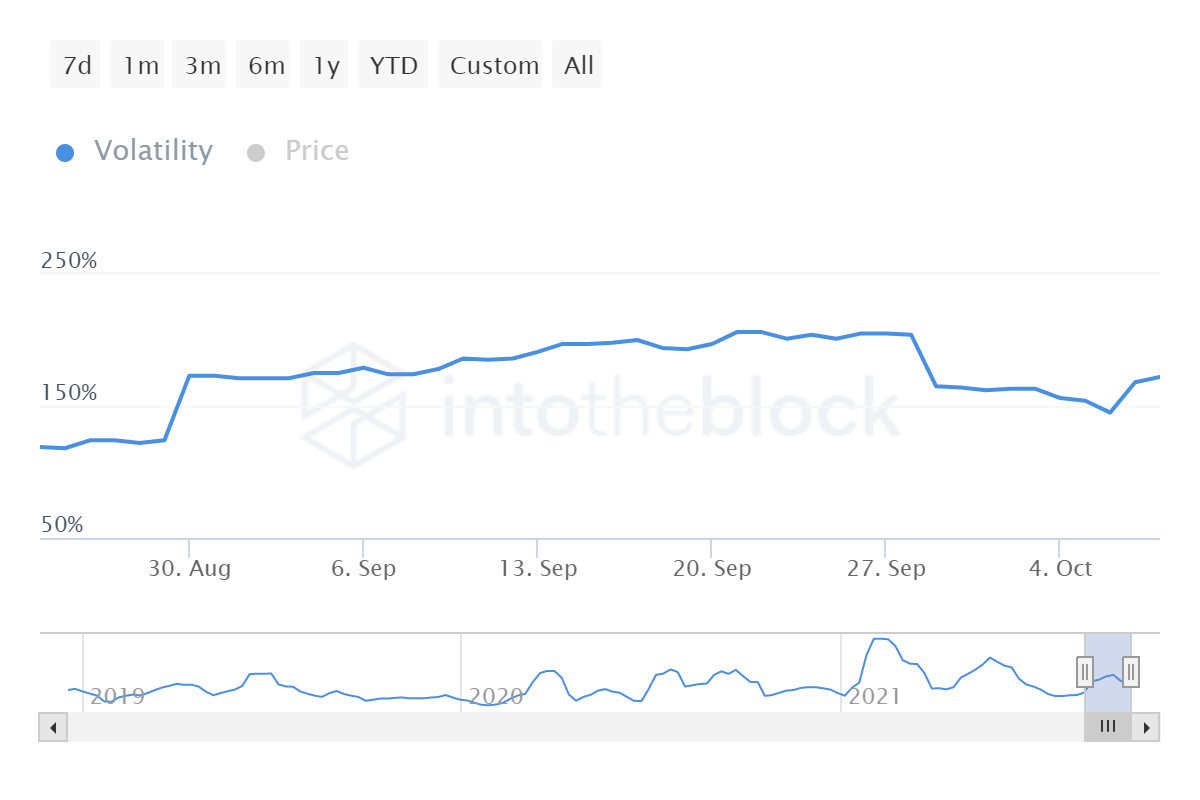 Thus, new investors better jump in carefully. Remember what happened with SHIB yesterday when it fell by 18% in one day after hiking by 253% over the week. Now, that example isn’t meant to draw an equivalence between a meme coin and a functional altcoin. But, the point remains it’s best to be cautious about alts that grab market headlines so unexpectedly.

Bitcoin Lightning Network: Why ‘apples to oranges’ comparisons don’t do it any good

Filecoin will meet this challenge in attempting a breakout