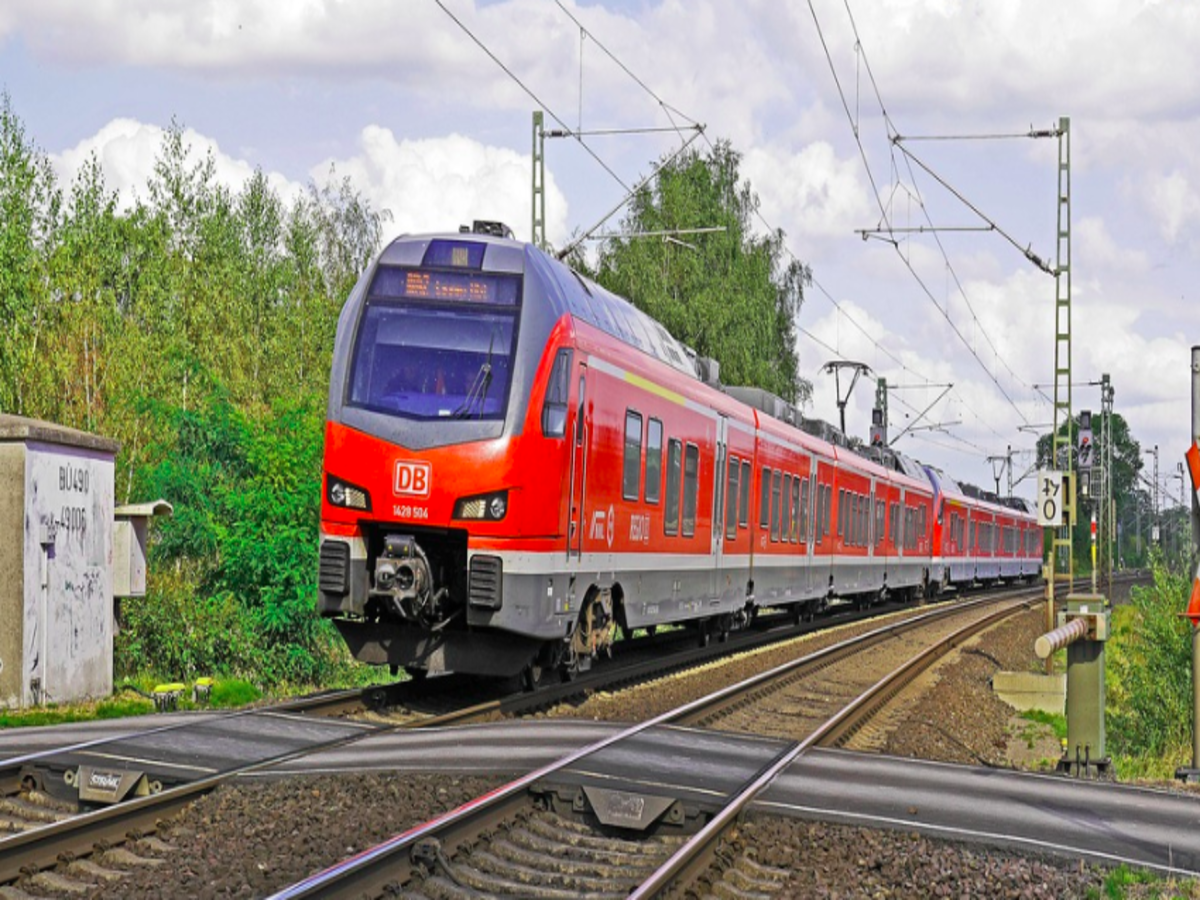 Until a couple of trading sessions back, the crypto market was seen thriving. On the back of rallies of coins like Loopring and Livepeer, the global crypto market cap, in a first, went on to hit the $3 trillion mark.

The sentiment had, however, flipped to bearish at press time. In fact, out of the top 100 coins, only 9 had recorded gains over the past 24 hours. ALGO was, curiously, one among the ‘elite’ ones.

Now, mid cap alts usually have the tendency to adopt to the broader behavior, simply because they follow the footsteps of large cap coins most of the time. One can consider BTC, ETH to be the first coach, or the control car, of the crypto train.

This comes as no surprise because of two main reasons. One, this alt has exhibited similar tendencies a host of times in the past. And two, this coin has historically shared a fairly low correlation with large-cap coins.

The past trends of ALGO have been quite intriguing. In the April-May period, for instance, when most of the market’s coins attained new highs on a daily basis, ALGO barely managed to even touch its local February high level. Similarly, during the ‘September blues’ period, this alt defied the downtrend and managed to massively rally.

Well, given the broader bearish sentiment, ALGO’s indifferent nature might seem to be a blessing now, but would likely end up becoming a menace in the coming days when others collectively rally.

Well, November has been quite a busy month for the Algorand network. The past few days have specifically been characterized by novel partnerships, NFT marketplace inauguration announcements and the Algomint mainnet launch information. All the aforementioned factors, in conjunction, managed to stir in optimism and made the environment favorable  for the token to rally.

However, it should be borne in mind that such hypes seldom sustain for long and the of late uptick on ALGO’s price chart might just end up being momentary.

Quite contrary to one’s expectations, ALGO’s fundamental backing seemed to be quite strong at the time of writing.

Consider the state of the development activity, for starters. As can be seen from the snapshot attached below, the Algorand network has been able to consistently maintain its macro uptrend.

Well, the competition in the broader crypto market has been becoming intense with every passing day and to remain relevant, projects ought to keep updating and refining their network. Thus, the network’s strong development front has the potential to help ALGO retain high valuations over the long term.

The state of the the Sharpe Ratio has additionally been quite impressive of late, implying that investors have been fetched with fairly high returns for the risk borne by them.

Having said that, it should be noted that the risk-returns ratio was seen hovering around its monthly peak of 3.27 at the time of writing. 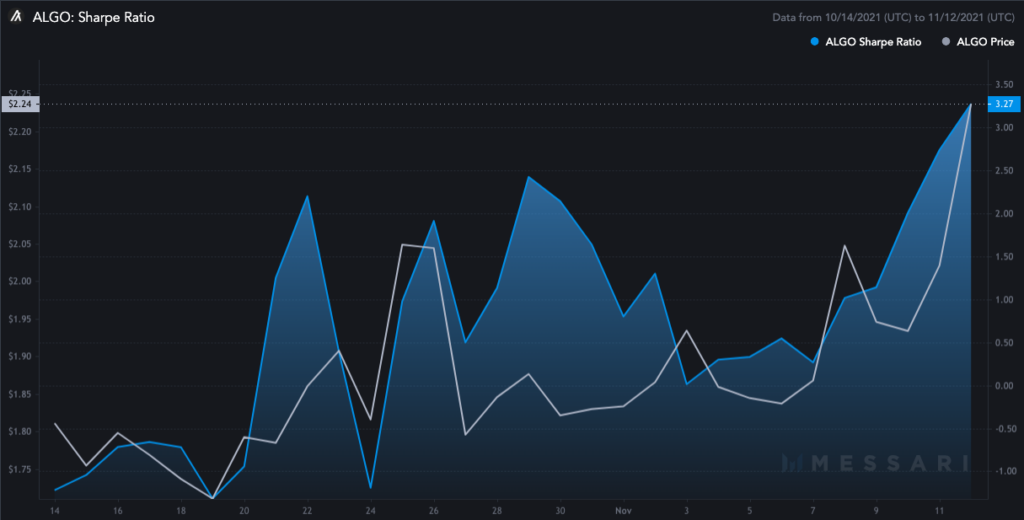 Thus, even though there are question marks revolving around whether or not ALGO would be able to carry forth its rally in the short-term, it can be asserted that the coin does exhibit decent enough mid-term prospects at this stage. Thus, it is just a matter of time for ALGO to break above the $3 mark.

How far will the much-awaited Taproot upgrade take Bitcoin