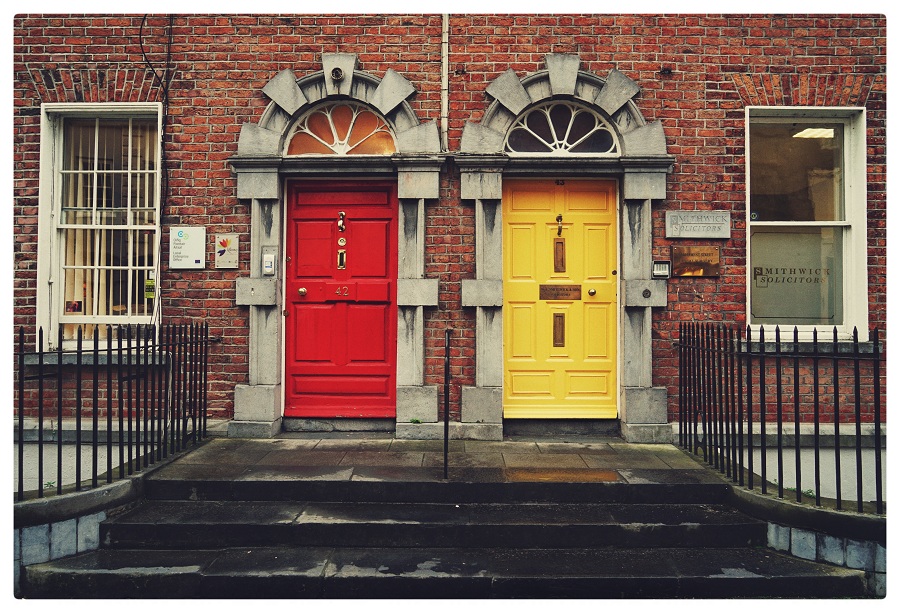 “Bitcoin beats gold investments”, “Bitcoin is Gold 2.0″…These are some of the different statements that are frequently used within the crypto community in the age-old debate of Bitcoin vs Gold.

Over the last 1000 years, gold has been a store of value for many years. From being used by Egyptian Pharaohs to modern-day Billionaires storing their gold bricks in the vaults, gold had established itself as sound money.

However, one can make an argument that bitcoin is the currency for this generation.

Although the crypto enthusiasts acknowledge this hypothesis with open arms, Gold proponents such as Peter Schiff claim otherwise. The same was the topic of discussion in the latest argument on the social media platform.

One of Schiff’s followers, in a (now deleted) tweet, slammed Bitcoin’s lack of scalability by tweeting,

“Bitcoin can’t scale and is gonna hit a brick wall the more you think it gets adopted. It’s not about price. It’s about the value and the tech. Smarten up. Can’t turn an old Nova into a Tesla no matter what you do. It’s still a Nova.”

Willy Woo, the famed On-Chain analyst, was quick to respond to the scaling argument:

This scaling argument is 🤦‍♂️.

Gold was money. The Industrial Age came, money needed to scale so we move to gold-backed paper (Layer 2).

Did the world suddenly and collectively decide another commodity would have monetary properties? Nope.

“Bitcoin will flip gold faster than most people think. Bitcoin is sucking capital out of gold… thus gold cap plummets as BTC feeds off of it.”

Following the same narrative towards Bitcoin vs Gold, another crypto loyalist added his thoughts to this debate. Commenting on the aforementioned thread, Dan Held replied by stating:

“Bitcoin is better than gold in many ways! More auditable, transportable, and divisible.”

This study published a few days ago could add a new angle to the Bitcoin vs Gold debate. 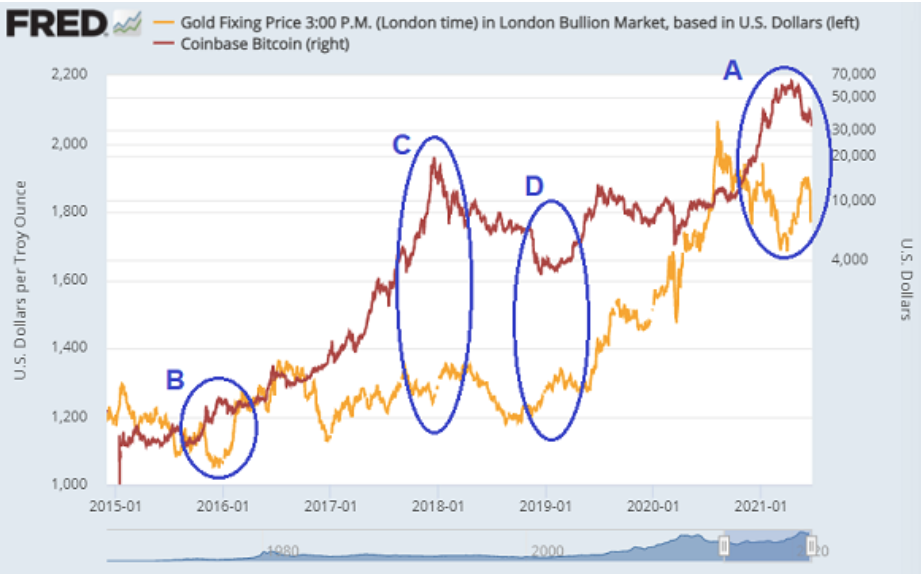 “Exhibit A shows gold and Bitcoin prices going in opposite directions since last summer’s $2000 peak in the metal. You can find similar patterns across the prior half-decade, too. Bitcoin’s late-2015 rise, for instance, coincided with gold hitting its post-financial crisis lows at $1045 per ounce (B). The late-2017 peak in Bitcoin (C) then coincided with another retreat in gold, while its late-2018 plunge then saw gold prices turn markedly higher (D).’

“There are lots of other points on this chart you could highlight to show how gold and Bitcoin have also sometimes moved together.”

But has gold investing declined thanks to Bitcoin’s rise? The results for just the years 2020 tell a different tale. But, as this is a short period to conclusively suggest that the latter caused a decline in the former, only if this trend persists over the next few years can one come to this conclusion.

Bitcoin and China: Why this move cannot be ‘underestimated’