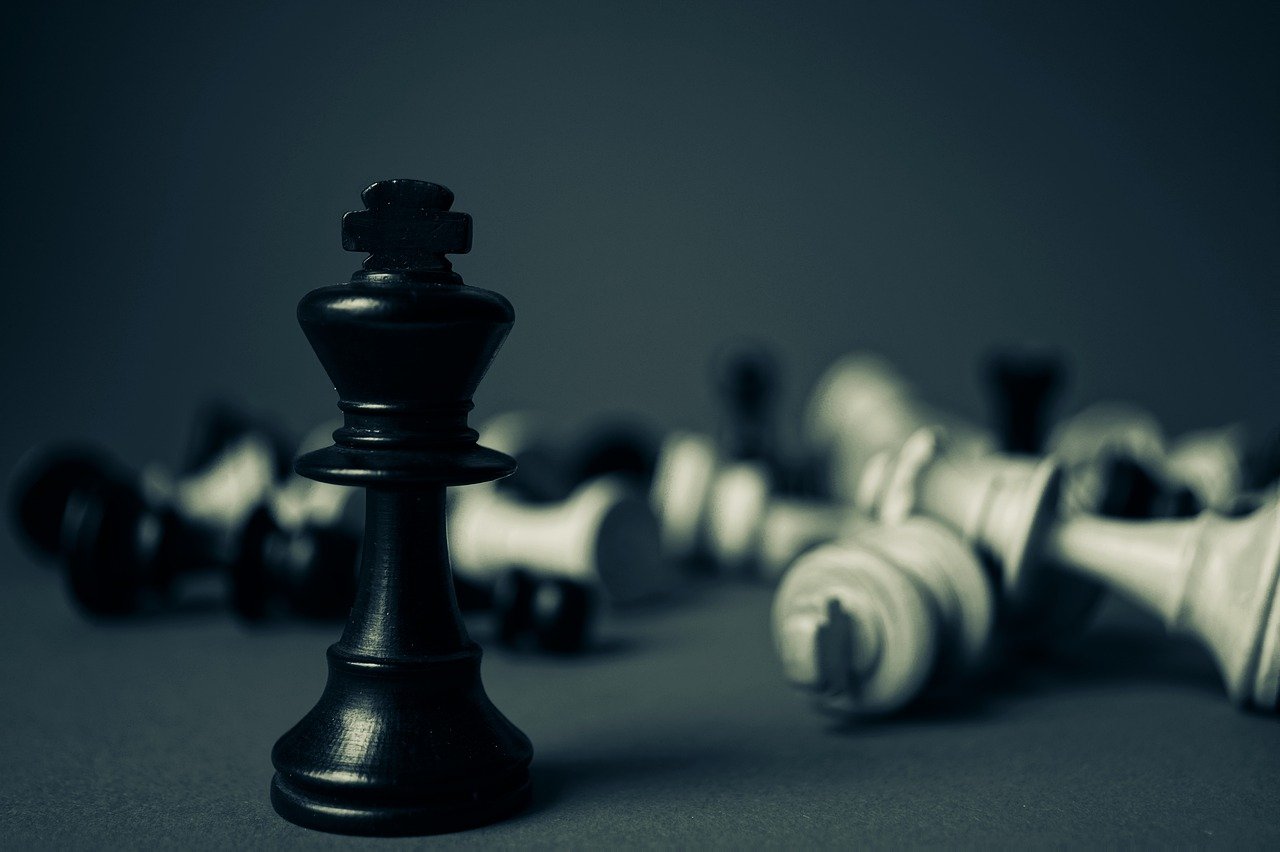 Bitcoin’s grand entry back to the $50k mark on 23 August was a major milestone. Not just for the king coin, but the entire crypto-verse. For the first time in over three months, BTC’s return to $50,000 finally broke a major, much-anticipated resistance level. A level below which the crypto had been stuck for a long time.

At the time of writing, Bitcoin was trading at $50,132 after gains of 1.79% and 5.74% on the daily and weekly charts, respectively. With its ATH not too far ahead, the question remains – Is $60k is in store for Bitcoin going forward?

With Bitcoin’s price on the move, one metric that registered a major uptick was ASOL. As BTC tested $50k, the market witnessed major “HODL selling” as the ASOL (Average Spent Output Lifespan) touched a 3-year high of 111 on 22 August. This was the first sign that older coins have moved to sell since January 2019. 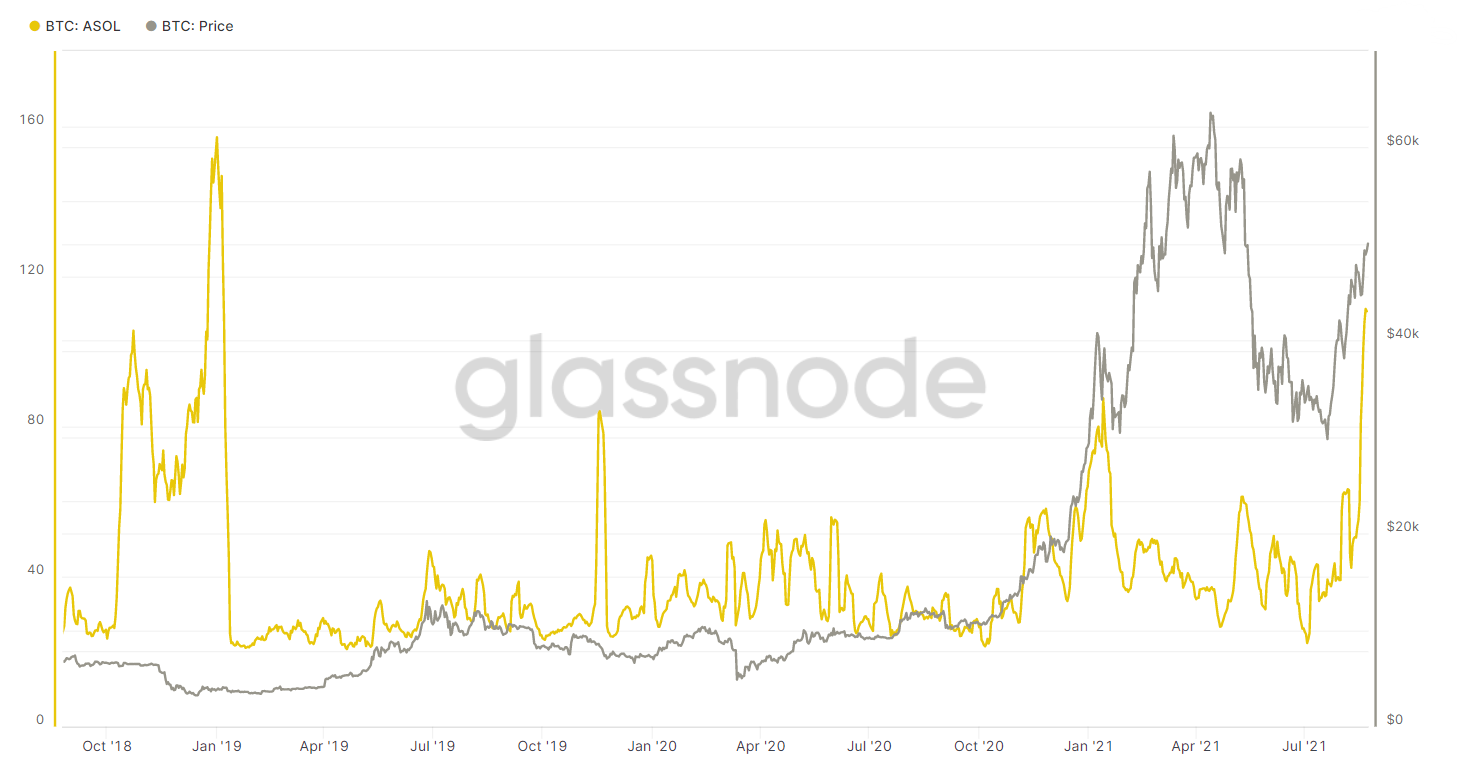 High ASOL values happen when a large proportion of old coins are on the move, either potentially realizing profits or taking advantage of market strength. ASOL values greater than 60 days are uncommon and tend to only occur during periods of high volatility as older coins realize profits or losses.

This seemed plausible since Bitcoin’s percent supply in profit also saw a 3-month all-time-high of 85.17% on 22 August.

Furthermore, the MSOL also reached a one-month ATH. This implied that a greater proportion of network traffic is old coins being spent. However, since ASOL values have been higher than MSOL values, it seemed evident that old coins dominated the traffic. While these high values are generally associated with market tops, in the case of BTC, there may be more to it.

This time, Bitcoin breaching $50k coincided with the biggest increase in development activity since May. If GitHub submissions continue pushing higher here, it will be a promising sign and supportive of a sustained rally. 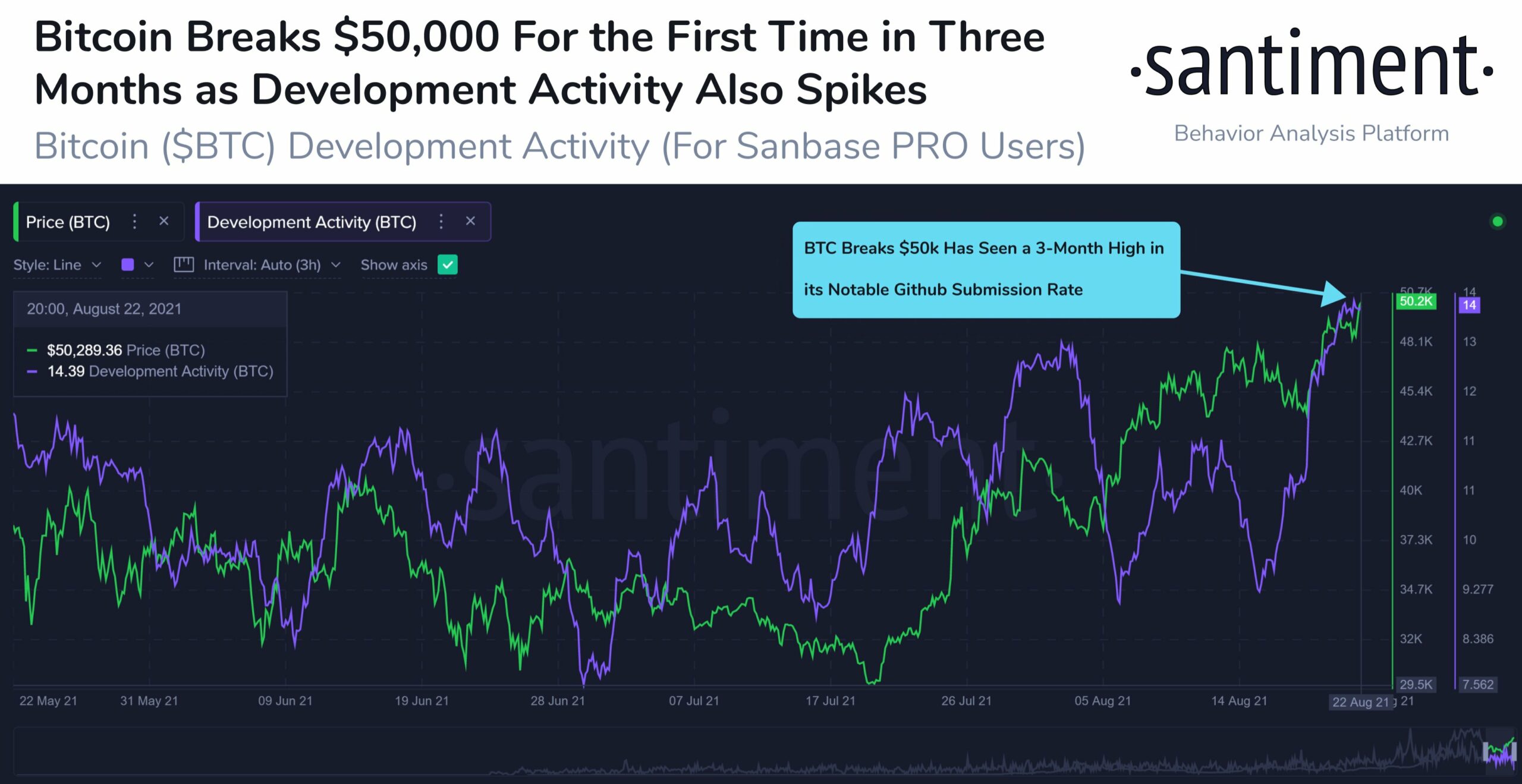 It took Bitcoin well over three months to finally climb above that psychological resistance level of $50,000.

That being said, as pointed out by trader and analyst Nebraskan Gooner, a strong break above $53k can give rise to a “mega-pump, never seen before.” Thus, for now, $45,600 will be the bull/bear line to hold and >$50,000 the range to look out for.

Related Topics:BitcoinBitcoin ASOL
Up Next

What investors should look for in Litecoin

Can this metric’s decline play spoilsport to XRP’s recovery