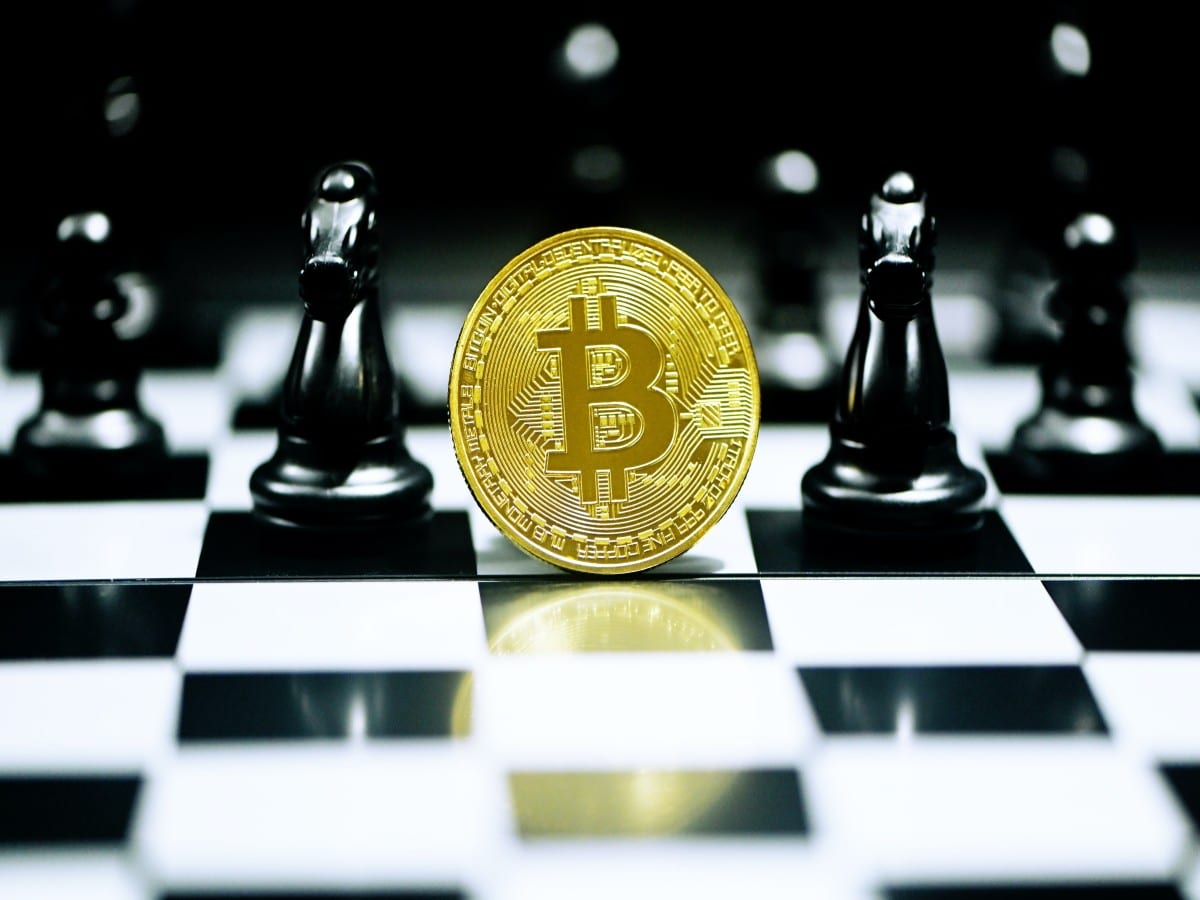 CryptoQuant analyst MAC_D, in a new report, stated that the leading coin Bitcoin [BTC], is not undervalued in the current market, and its price might decline further into 2023.

According to MAC_D, an assessment of some on-chain indicators such as market-value-to-realized-value (MVRV), Net Unrealized Profit/Loss (NUPL), Puell Multiple, and Spent Output Profit Ratio (SOPR) showed that BTC had reached an undervalued level. However, with these metrics, it was hard to determine the specific timing for purchasing BTC.

Taking a cue from an earlier position made by another CryptoQuant analyst Lupin, MAC_D found that using BTC’s UTXO (unspent transaction output) in profit and loss indicators would accurately indicate whether the king coin was undervalued or not.

According to Lupin, historically, when UTXO in profit and loss indicators crossed, it marked the bottom of the market during the past three BTC halvings.

Currently, however, this indicator has not yet shown a cross, indicating that BTC may still have room to fall, MAC_D opined.

Whale accumulation has been known to be a driving force for a hike in the price of an asset. However, in the current BTC market, there has been a shortage in coin accumulation by whales, CryptoQuant analyst Dan Lim found.

According to Dan Lim, in the current bear market, there has been a correlation between large movements in the market and increased deposits of BTC by the top 10 whales onto exchanges to protect their investments.

Lim noted that this could be a sign of capitulation or temporary surrender to market conditions due to macroeconomic factors. The unwillingness of whales to trade BTC in the past few months was confirmed by recent data from Santiment, which showed that BTC whale transactions that exceed $100,000 and $1 million touched their lowest levels since 2019 and 2020, respectively, on 27 December.

🐳 #Bitcoin's ranging prices have a lot to do with declining whale interest. This chart illustrates how closely $BTC and $1M+ valued whale transactions correlate. If prices continue sliding and a spike occurs, this would be a historically #bullish signal. https://t.co/nDZj3eicRD pic.twitter.com/t7GFIKNpax

Day traders continue to look away

An assessment of BTC’s price performance on a 4-hour chart revealed a surge in coin distribution. Severely oversold at press time, BTC’s Relative Strength Index (RSI) and its Money Flow Index (MFI) were pegged at 30.86 and 18.06, respectively.

Lastly, the king coin’s on-balance volume was spotted at -883.026k. A decline in an asset’s OBV to post a negative value is a bearish signal which indicates a decline in accumulation volume. Hence, a further price drawdown should be anticipated. 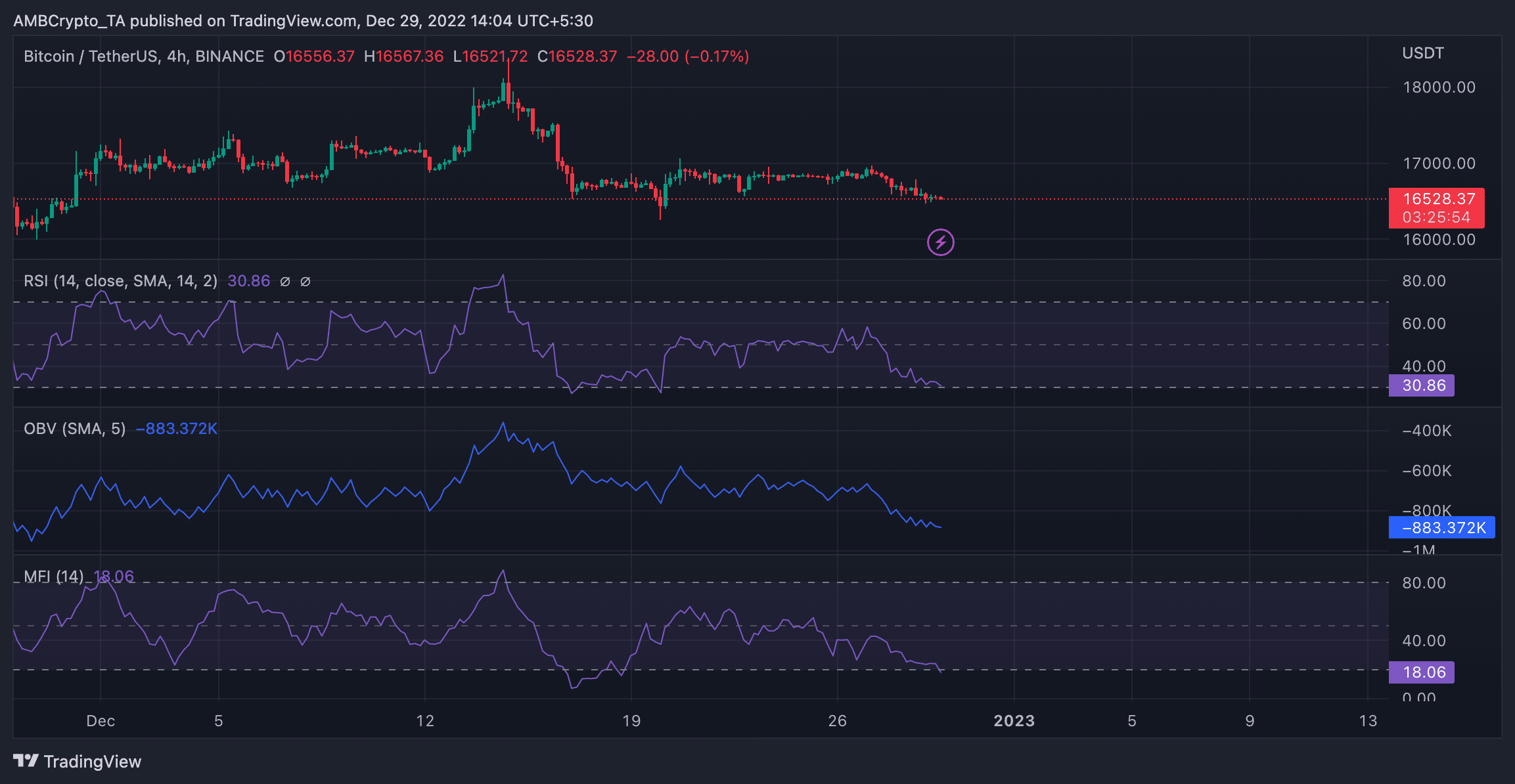