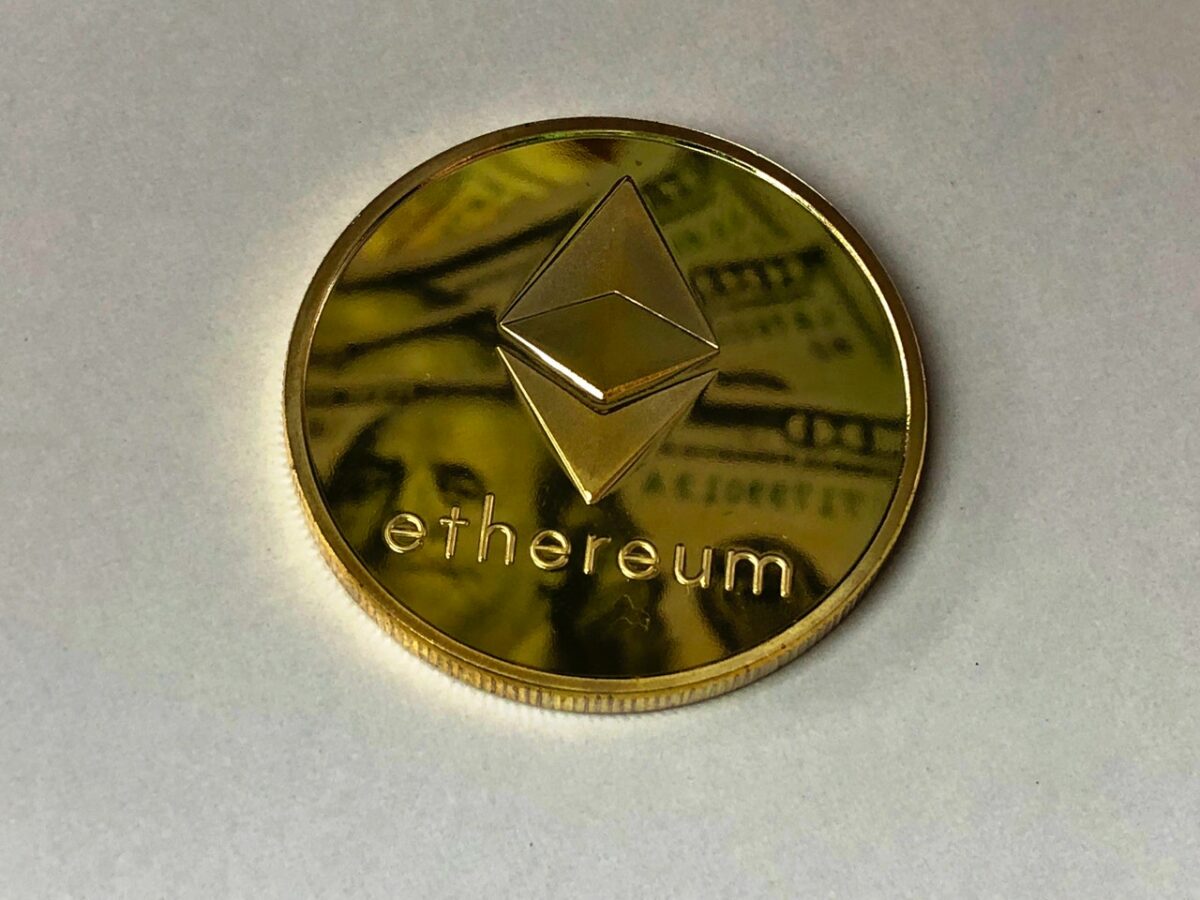 Ethereum is the second biggest cryptocurrency in terms of market cap. Naturally, any movement it makes will catch everyone’s attention. Or in this case, the lack of movement. Just recently, Ethereum’s co-founder Anthony Di Iorio quit the crypto-space entirely citing safety concerns. While announcing his exit, he said,

“A lot of times [cryptocurrency is] not … what the world needs”

Could he be right though? And, have investors already begun reacting to this? These metrics can help you answer that.

Investors’ expectations from a project, more than the network and its development, are from the value it holds. The price of Ethereum, at press time, was already down by 55.44% since its May ATH, trading at $1862. The altcoin’s volumes started dropping around the same time as the price did. Even though some major spikes towards the end of June were considered positive signs, volumes went back to under $6 billion soon after.

Right now, the alt is struggling to even touch $5 billion in everyday trade, something that does not relay the best situation for ETH. 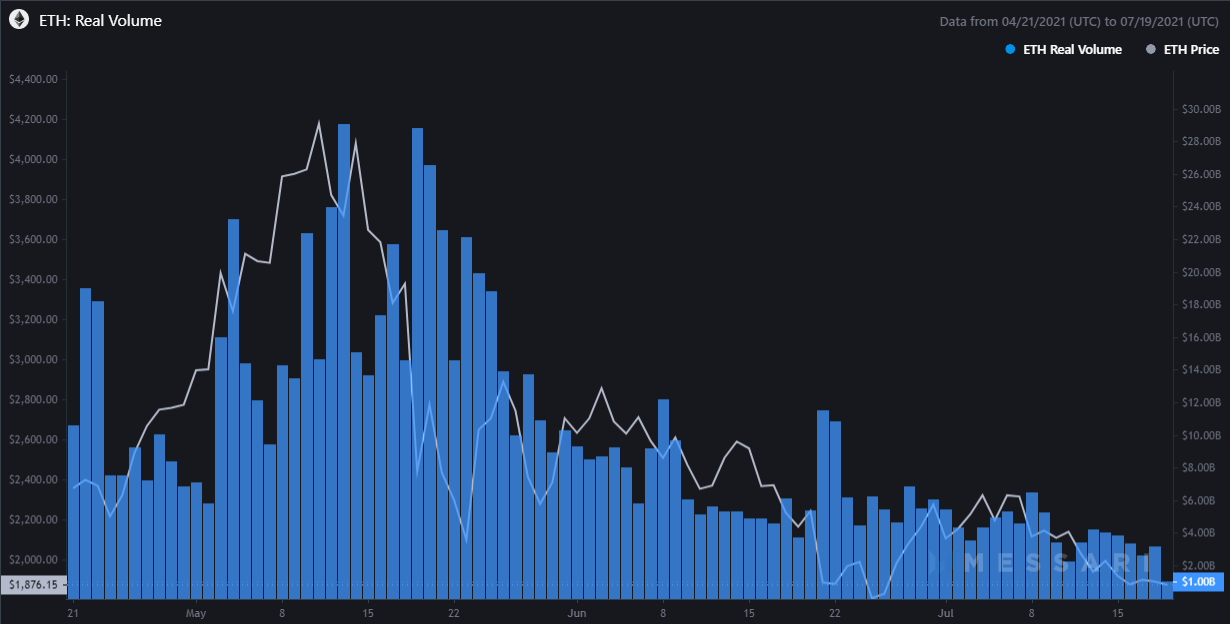 This can be supported by the net transfer volume from/to exchanges which seemed to be leaning towards higher transfers from the exchanges. Additionally, aggregate liquidity on exchanges showed that ETH was supporting higher sell liquidity. 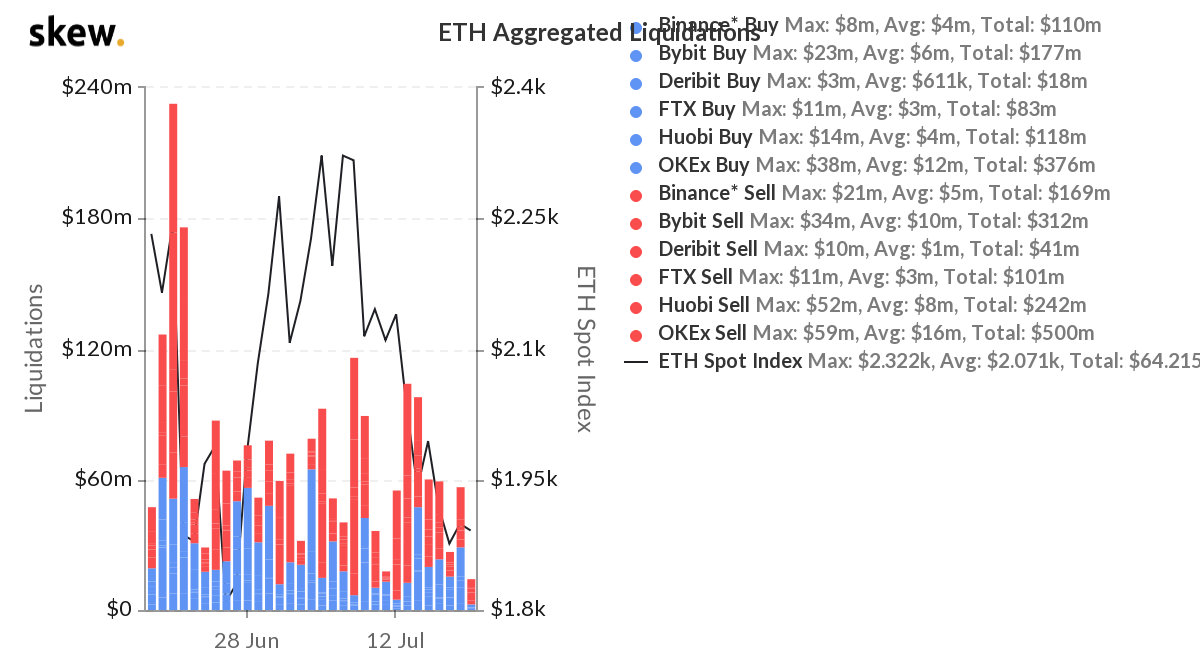 Over the course of 2021, Ethereum has not been very volatile in terms of velocity either. Put simply, turbulent velocity is not the best for market growth. Minor turbulence was seen around the May ATH before the indicator came back down to consistency. Even though this is not a bearish hint, it proves how flat or minimal ETH activity has been of late. 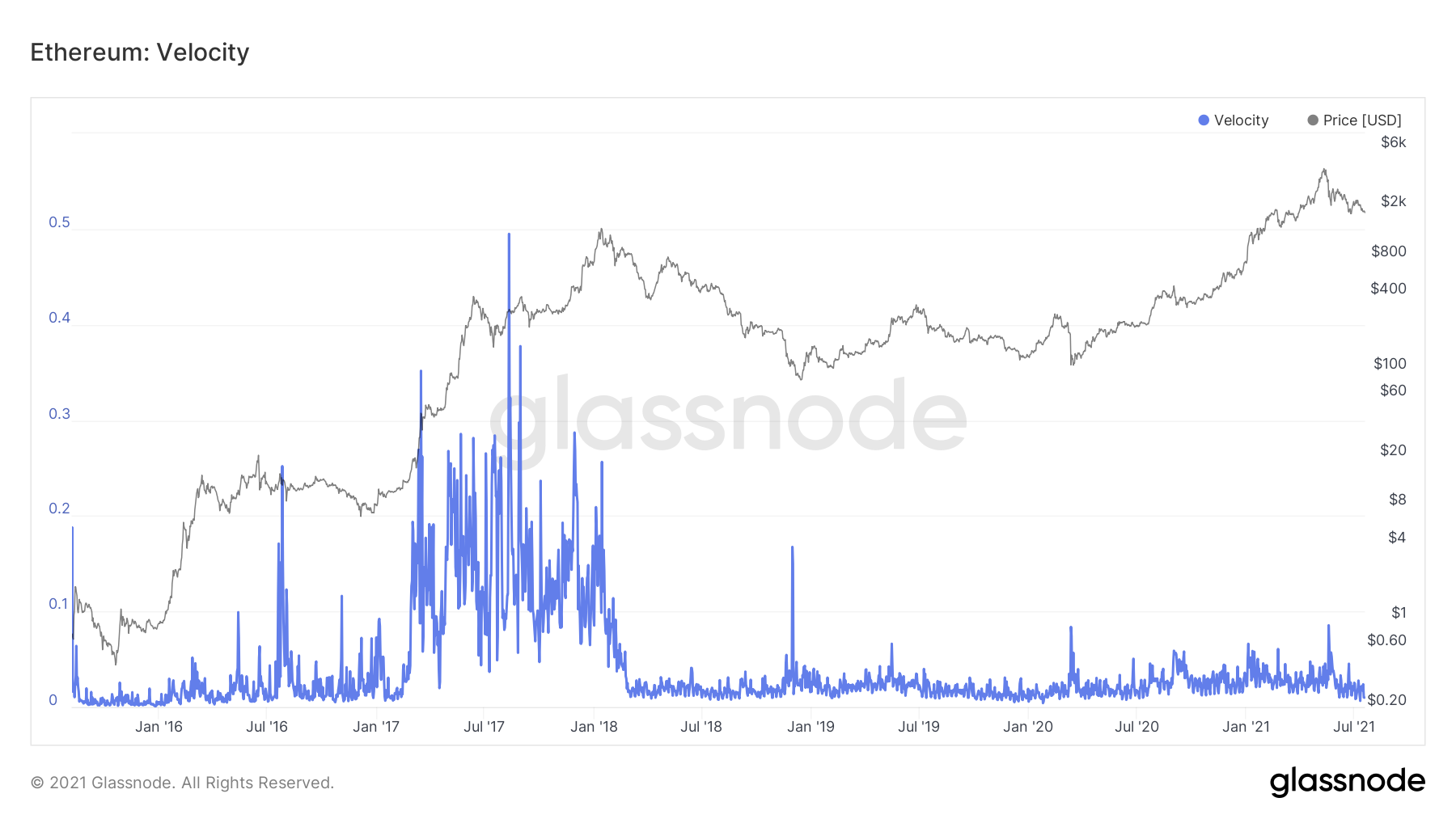 What else is down?

Active addresses have been at a 3-month low. On the 30-day SMA, the indicator was down to its March levels. Along with it, the number of transactions has been sliding down as well, presently sitting at the same spot it was in February. This 5-month low adds to the fact that activity on the Ethereum network is pretty low and falling. Even social sentiment fell to a 4-month low and suggested that investors were reducing their attraction towards ETH.

However, with the upcoming London hard fork, maybe this scenery could change up a little bit. Ethereum founder Joseph Lubin believes that post the August 4 hard fork, ETH demand would increase exponentially. This hard fork would make Ethereum a deflationary asset and at the same time, is expected to significantly increase its price as well.

Only time will tell what will happen, but for now, Ethereum will probably maintain its dormant state.