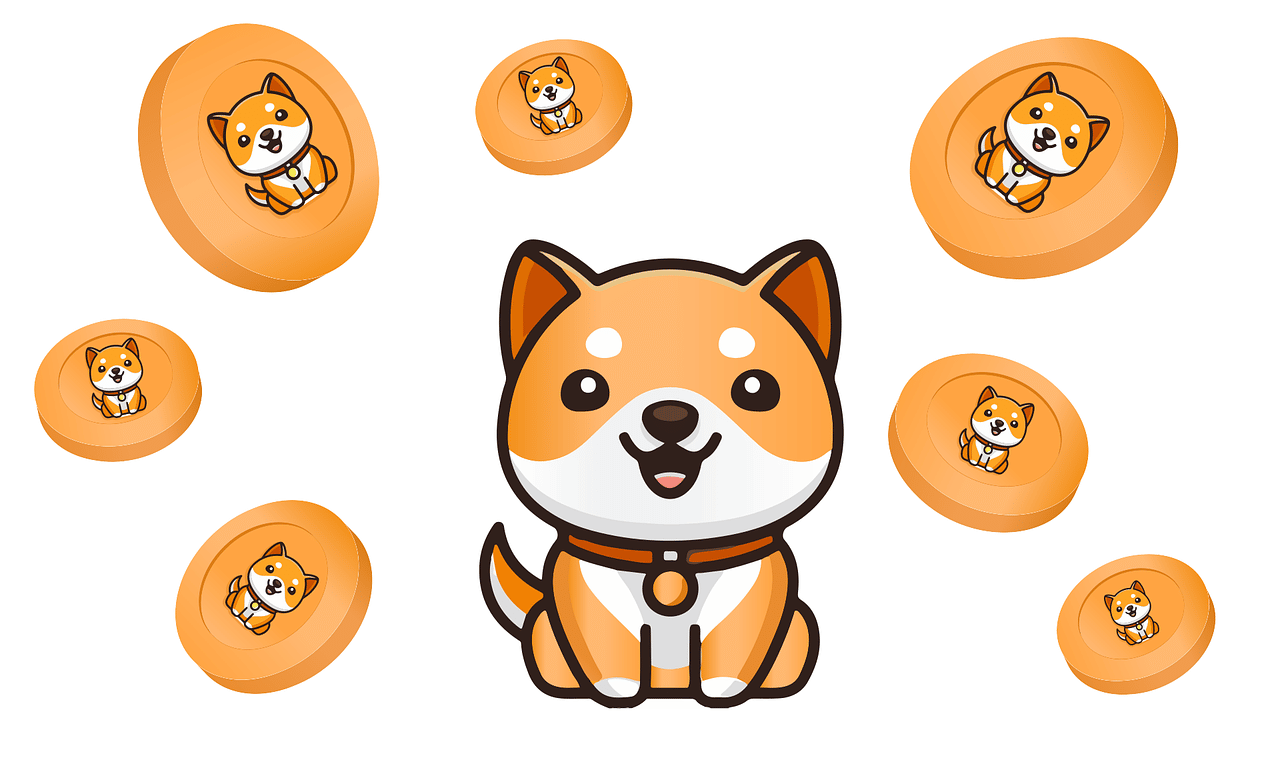 Price movement for SHIB was less than stellar in the months of September and October. The lack of good reception to the Shiba team’s new game, Shiba Eternity, only served to underline this point. The growing impatience with the Shibarium’s seemingly endless wait for release didn’t help matters.

The dog-themed meme coin, however, had recently been seeing a price upswing that couldn’t be attributed to any significant updates. On the contrary, the price surge was a rub-off of the rise of another dog-themed token. The daily time frame of SHIB’s price revealed that the token had surged by almost 60% since its uptrend began.

Data from Coinmarketcap showed that within the last 24 hours, trading volume had climbed by more than 28% and market cap had increased by more than 6%. 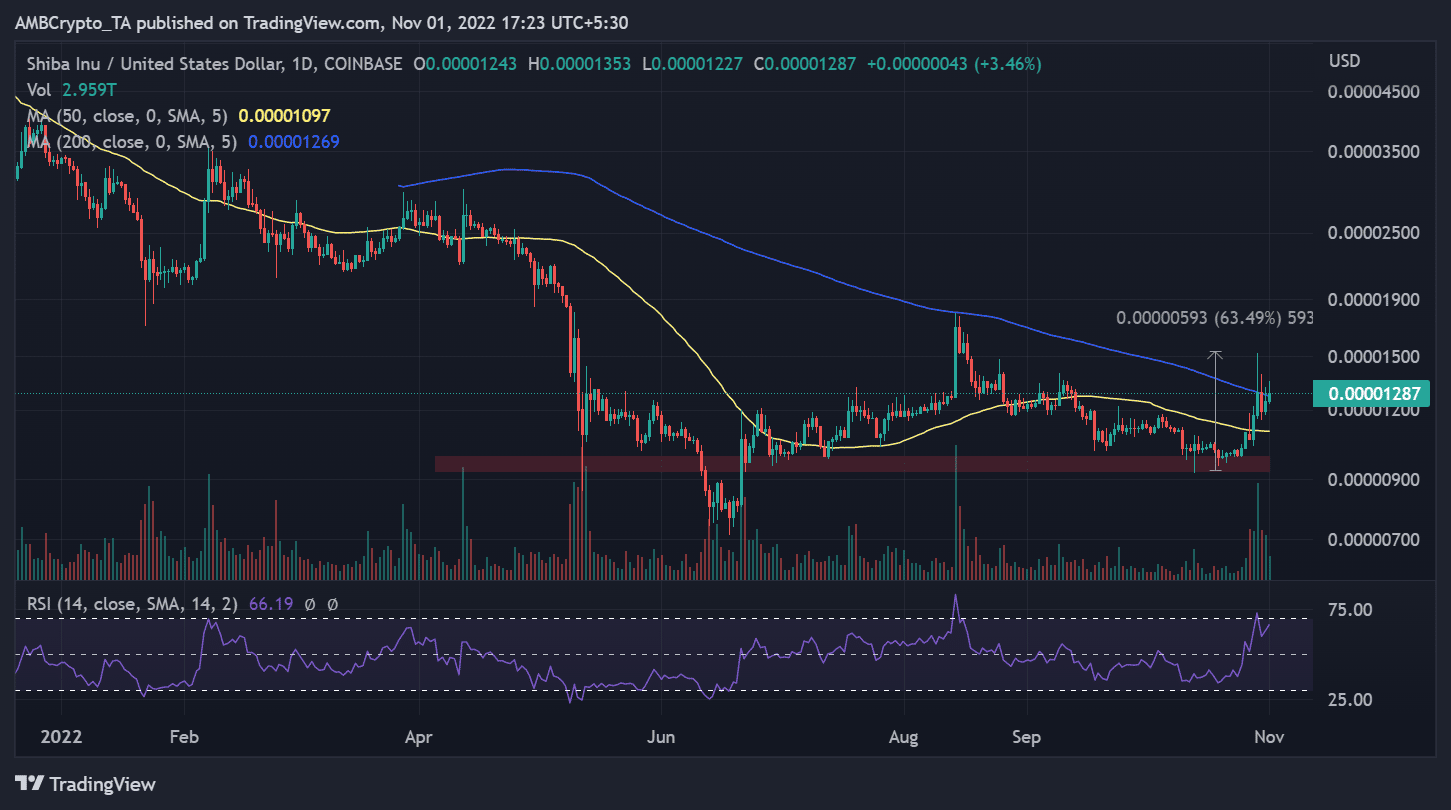 DOGE the only leader for SHIB?

Given that the numbers were low before that, this was a remarkable accomplishment. Additionally, it was a sign of increased activity on the Shiba network.

The Market Value to Realized Value (MVRV) ratio further demonstrated that SHIB’s price movement was actually trending upward. As of the time of this writing, the 30-day MVRV ratio indicated that SHIB was operating at an 18% profit. This indicated that SHIB had turned a profit of 18% on their asset in the last 30 days.

The rise in SHIB’s value was not the result of any initiative on its part. It was rather a secondary impact of the similarly monumental developments surrounding DOGE, another dog-themed token.

DOGE’s price had also been rising, and since its own rally began, it had increased by over 150%. The confirmation of Elon Musk’s acquisition of Twitter stoked optimism that DOGE may be put to use on the platform. Thus, contributing to the upward trend.

The spike has largely been based on rumors, and Elon Musk himself, who just tweeted a taunting image on his Twitter page, hasn’t helped. Despite having no direct relationship with DOGE other than a shared theme, SHIB managed to benefit from DOGE’s price increase. Additionally, consumers are purchasing in anticipation of SHIB joining DOGE if it becomes useful on the Twitter network.

Looking at the Relative Strength Index (RSI) revealed that SHIB was clearly in a bullish trend because it was significantly above the neutral area. In addition, it was headed in the direction of the overbought region, which could cause a correction.

An update on Shibarium

Dogecoin: With buyers exhausted, DOGE may head in this direction…