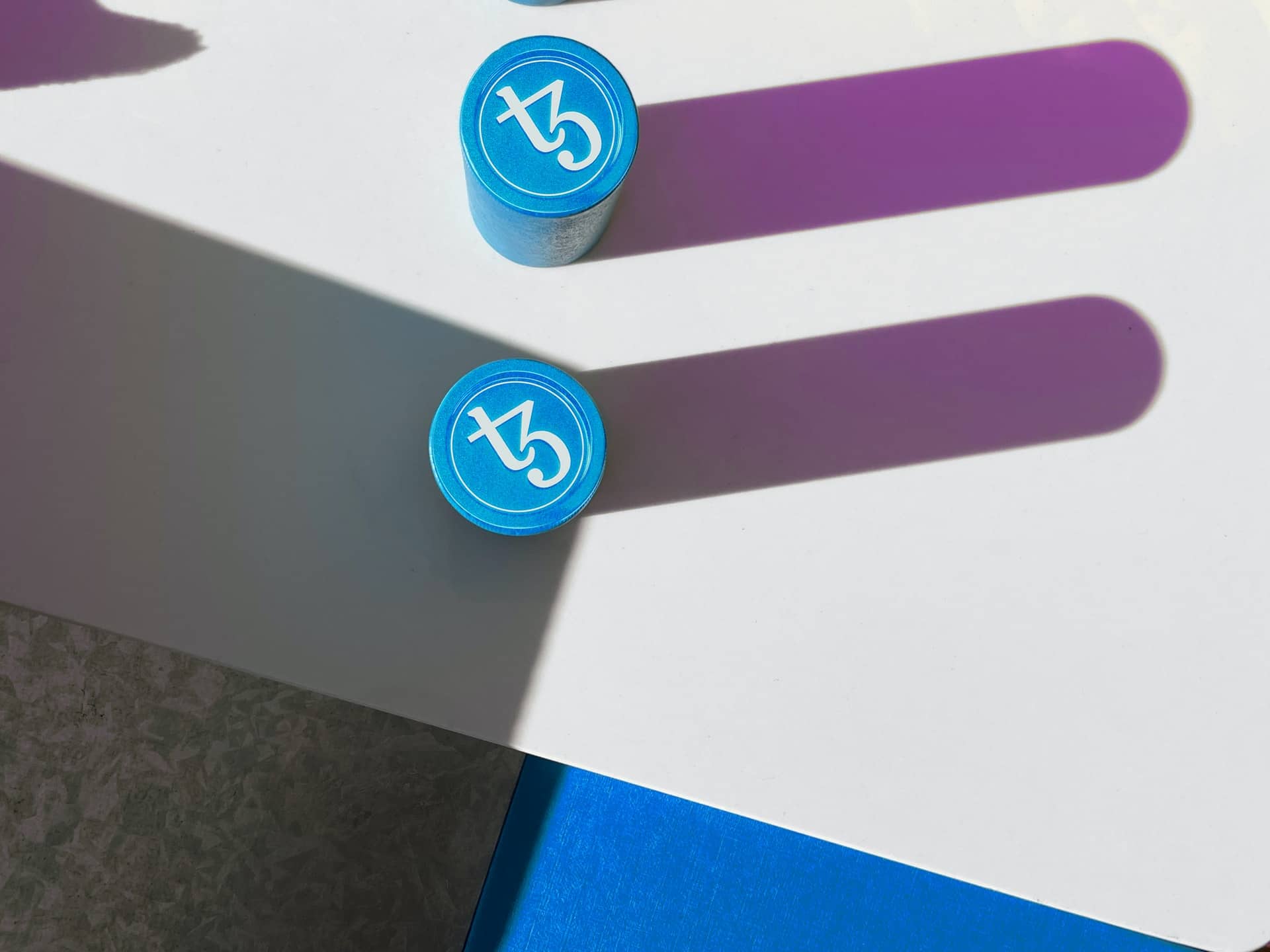 Over the last 24 hours, several cryptocurrencies have observed recovery, with Bitcoin itself trading 4% above its 5 June’s closing price.

Tezos is one token that has also made significant progress in correcting the losses that the token witnessed from the Terra crash of 9 May.

Tezos up for a hurdle race?

The altcoin is currently among the cohort of assets leading the green bars on the charts, having risen by 11.42% at the time of writing. Trading at $2.11, XTZ is performing better than most of the other cryptocurrencies trading at the moment.

This rally has also brought the coin closer to breaching the eight-month-long downtrend, which can also be considered as an opportunity to reclaim lost profits.

Although the downswing in the case of Tezos has been attempted to be invalidated in the past, things seem different this time around. At the time of writing, the bullish support seems sustained.

The downtrend indication of the Parabolic SAR is on the verge of being flipped into an uptrend, XTZ, which will be critical in pushing the altcoin above $2.4, critical support.

And this is backed by the fact that there are rising bullish hints on the Squeeze Momentum indicator. Since the asset is in an active squeeze, a squeeze release in bullish circumstances will further the rise.

Furthermore, 6 June also happens to be the first instance in almost two months that the Relative Strength Index (RSI) has reached the bullish zone. The last time XTZ was here, the altcoin marked a 31.88% rally in 10 days.

Naturally, investors are looking to invest in the altcoin currently, and they might actually find this to be a better time since the on-chain data indicates that Tezos’ state has improved significantly in terms of investment.

The risk-adjusted returns on the asset have grown from negative 7.31 at the beginning of May to negative 0.84 at the time of writing. 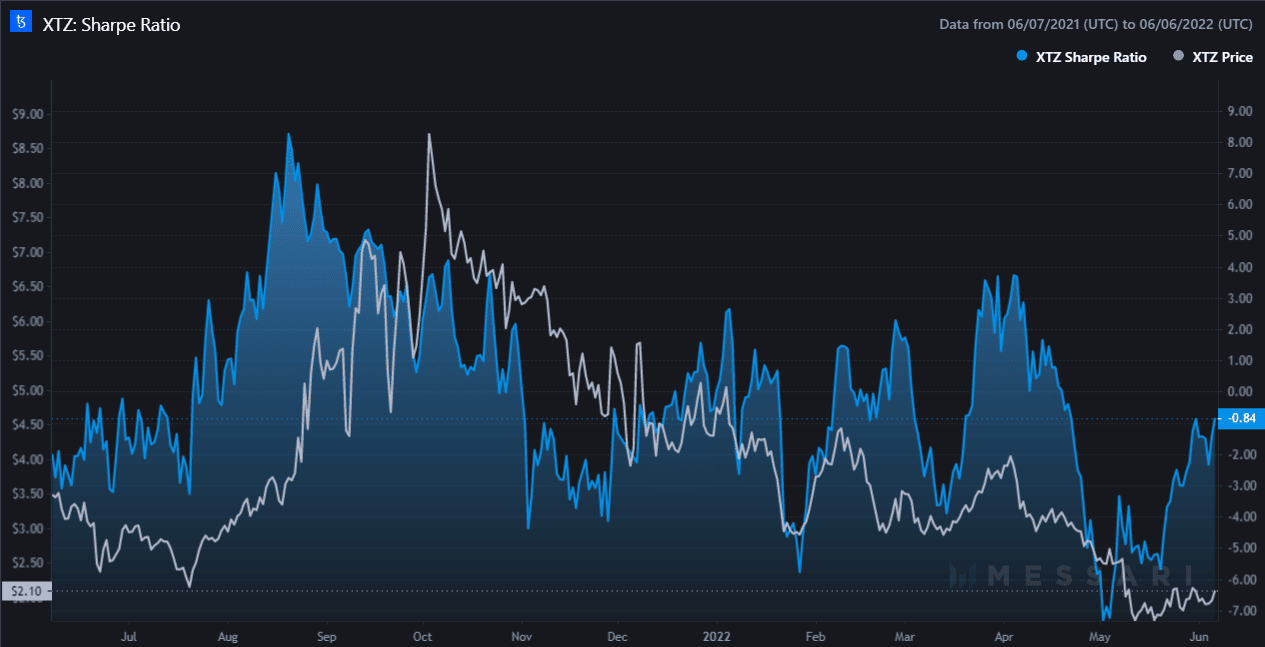 In addition to this, the volatility of Tezos further stands at a low of 1.43 despite the month-long rise during which it increased by more than 27%.

This indicates that price swings will be well under control going forward, which is necessary for reclaiming recent losses. 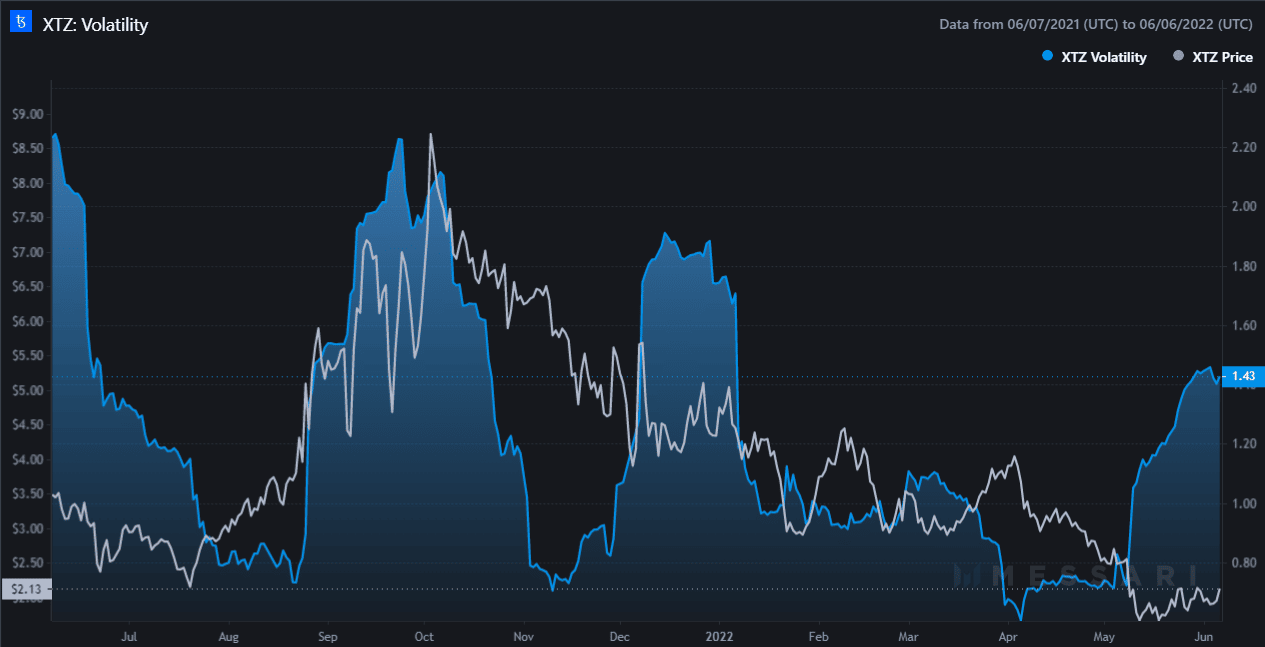 Tron: Amid its recent recovery, is TRX finally ready to breakout of its resistance