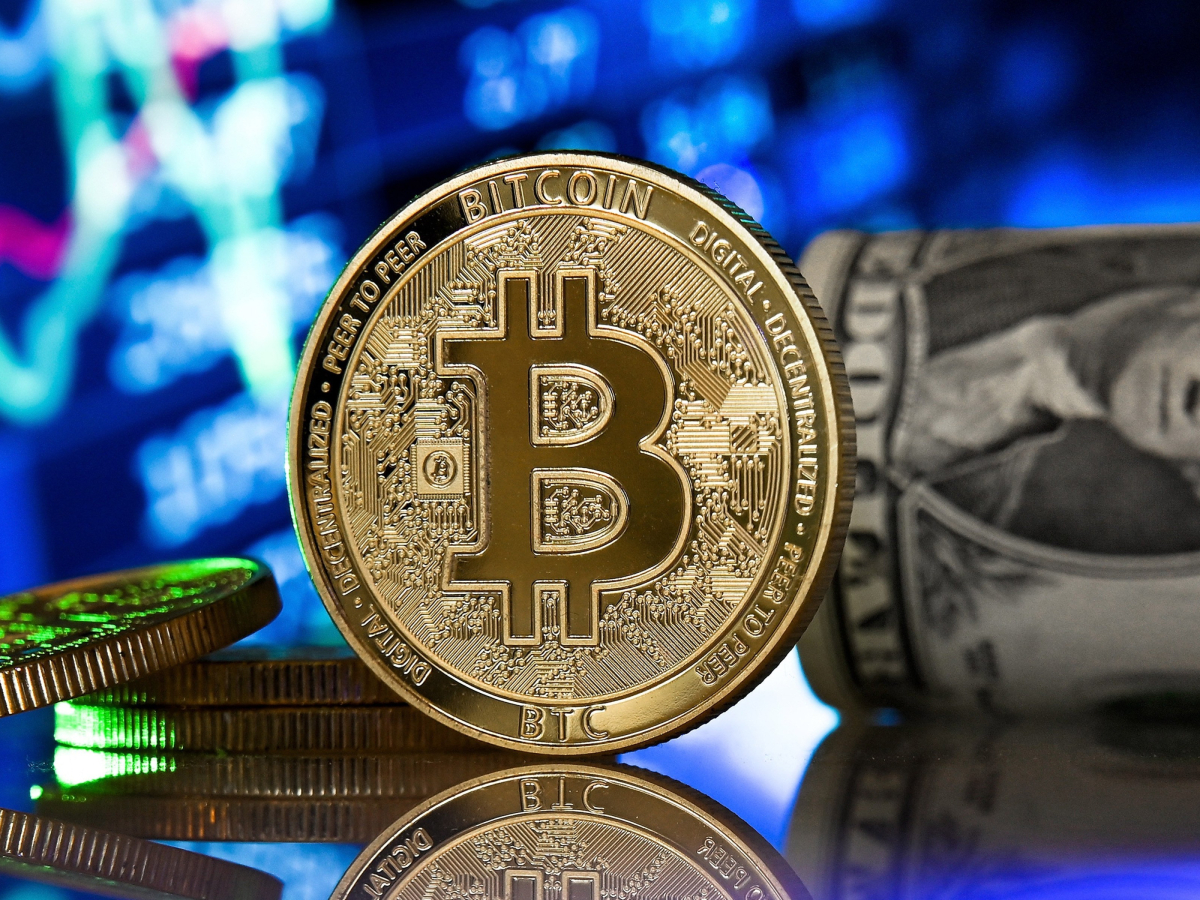 When discussing investments in Bitcoin, the one thing that drives the narrative is how or when investors could see profits and when can one enter the market. Even though there are a lot of factors that must be considered, it all comes down to one simple point – time.

When should you enter, for how long, and what should you look for before investing can be understood here.

From spending, might I add? For a while now, BTC holders have been spending their holdings, but that has since come down. The Adjusted Spent Output Profit Ratio (aSOPR) hit a 2-month low yesterday and some change in trend can be observed too.

The indicator has been falling for almost a month now. This is a sign that profitable coins have reduced their spending and are now back to being HODLed. 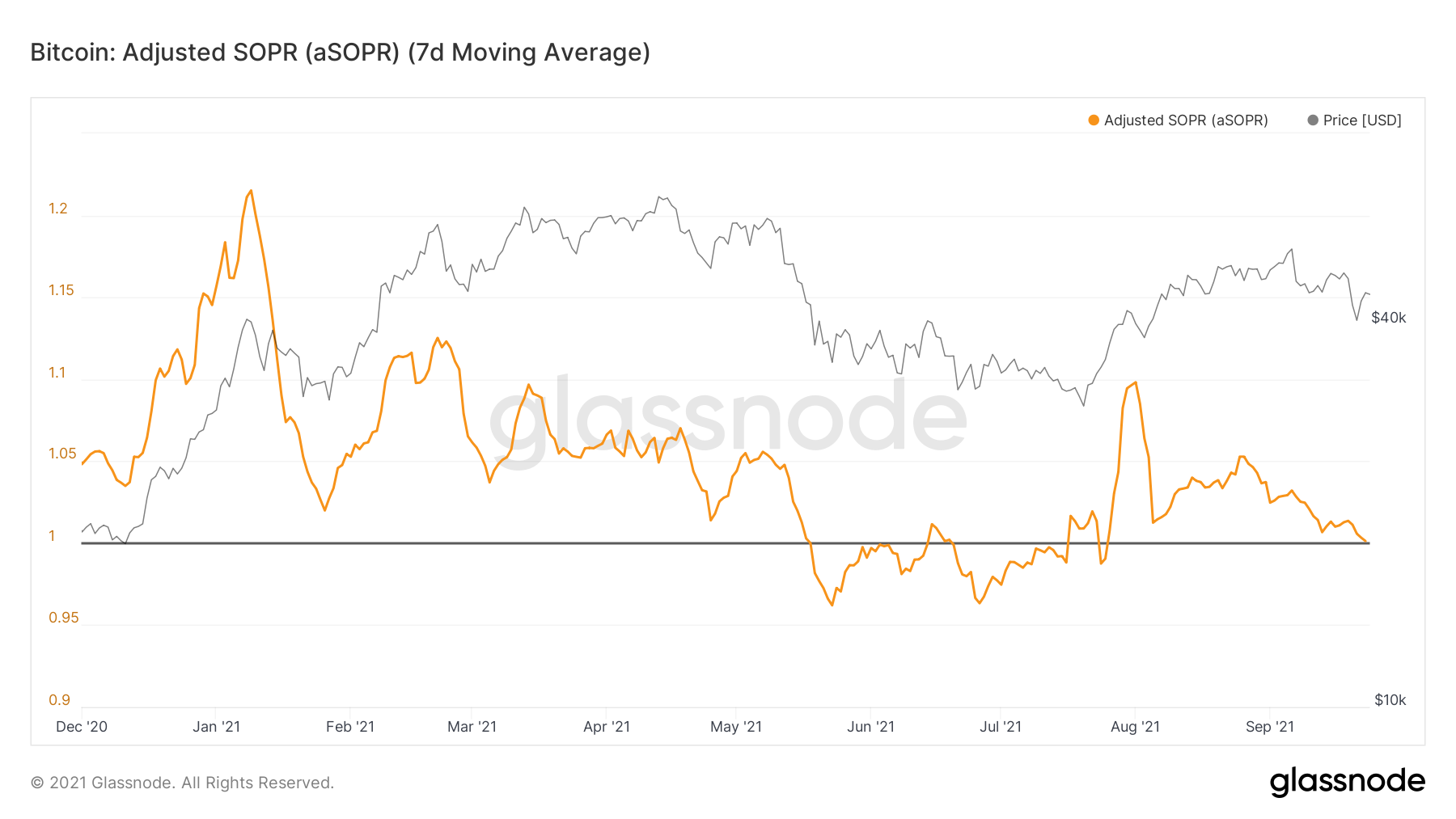 The last time this indicator fell to the said low during a downtrend, the market witnessed the end of selling of BTC supply older than a year. This selling led to the supply being bottomed out at around 54.2%.

This shows that there is more bullishness from investors this time around when compared to 2017 when the supply last bottomed out. The price fall during both the events was almost identical too. However, this time, 14% fewer Bitcoins have been sold. 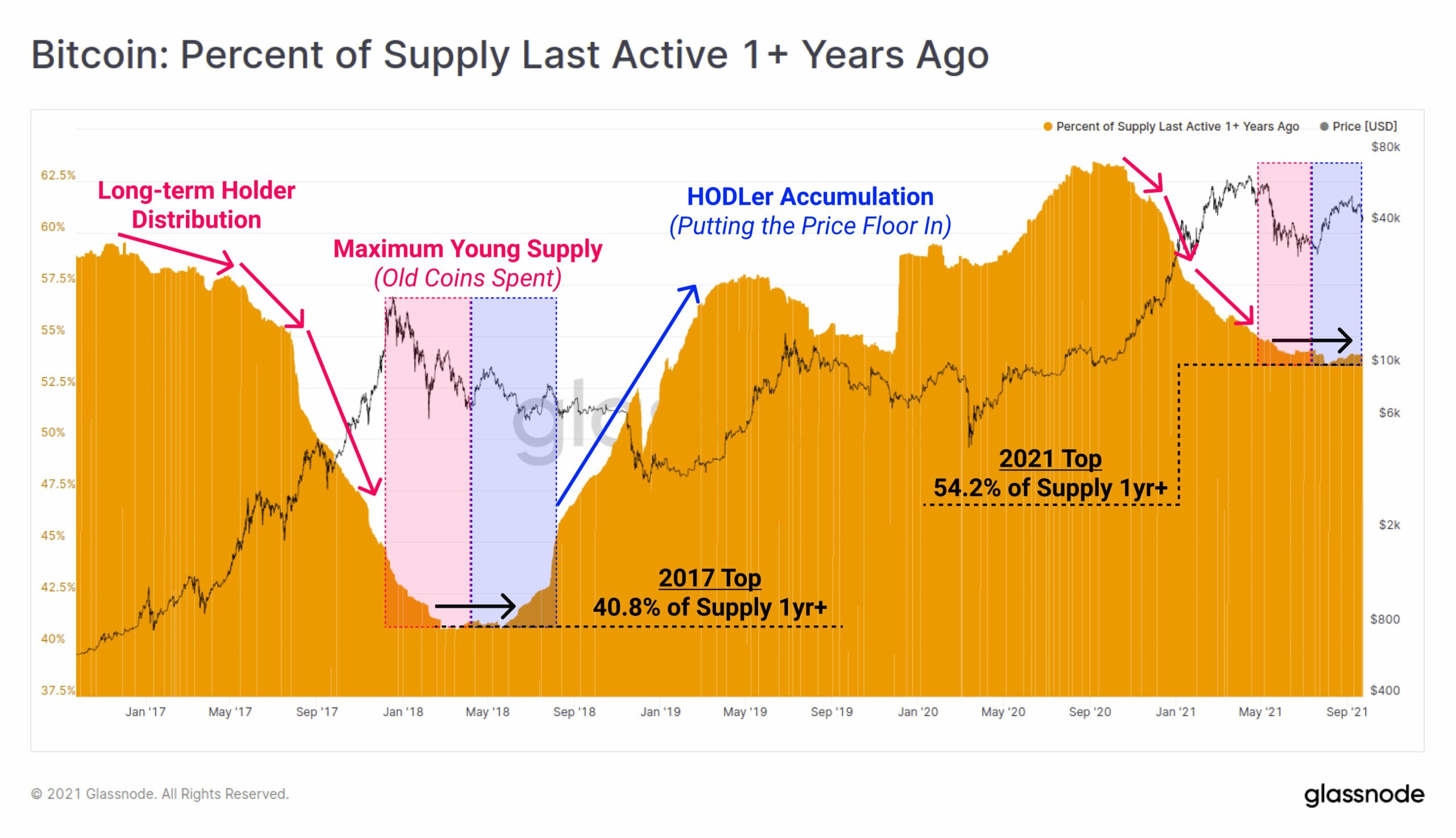 What does it mean for investors going forward?

Historically, the trend of selling is observed right until the moment a macro top is created and slows down towards the end of following corrections. This year too the selling continued until the 2021 macro top was created (May), and stopped right around the time corrections ended (July).

Since then, accumulation has begun, albeit slower than expected as the trend hasn’t picked up pace yet. Additionally, post this phase, the aSOPR began rising again until BTC’s local top was created. It began falling again as the market recorded corrections.

Given yesterday’s 10% hike, it can be argued that corrections are done with and investors might be heading back into accumulation mode. This assertion can, in fact, be supported by the Reserve Risk’s latest fall on the charts, with the same pointing to an attractive risk/reward to investing.

Worth noting, however, that at press time, the PBoC’s latest diktat on crypto-trading and other activities had precipitated a 6% fall in 3 hours. Ergo, it’s perhaps too early to ascertain what the impact of the same would be on the aforementioned indicators. 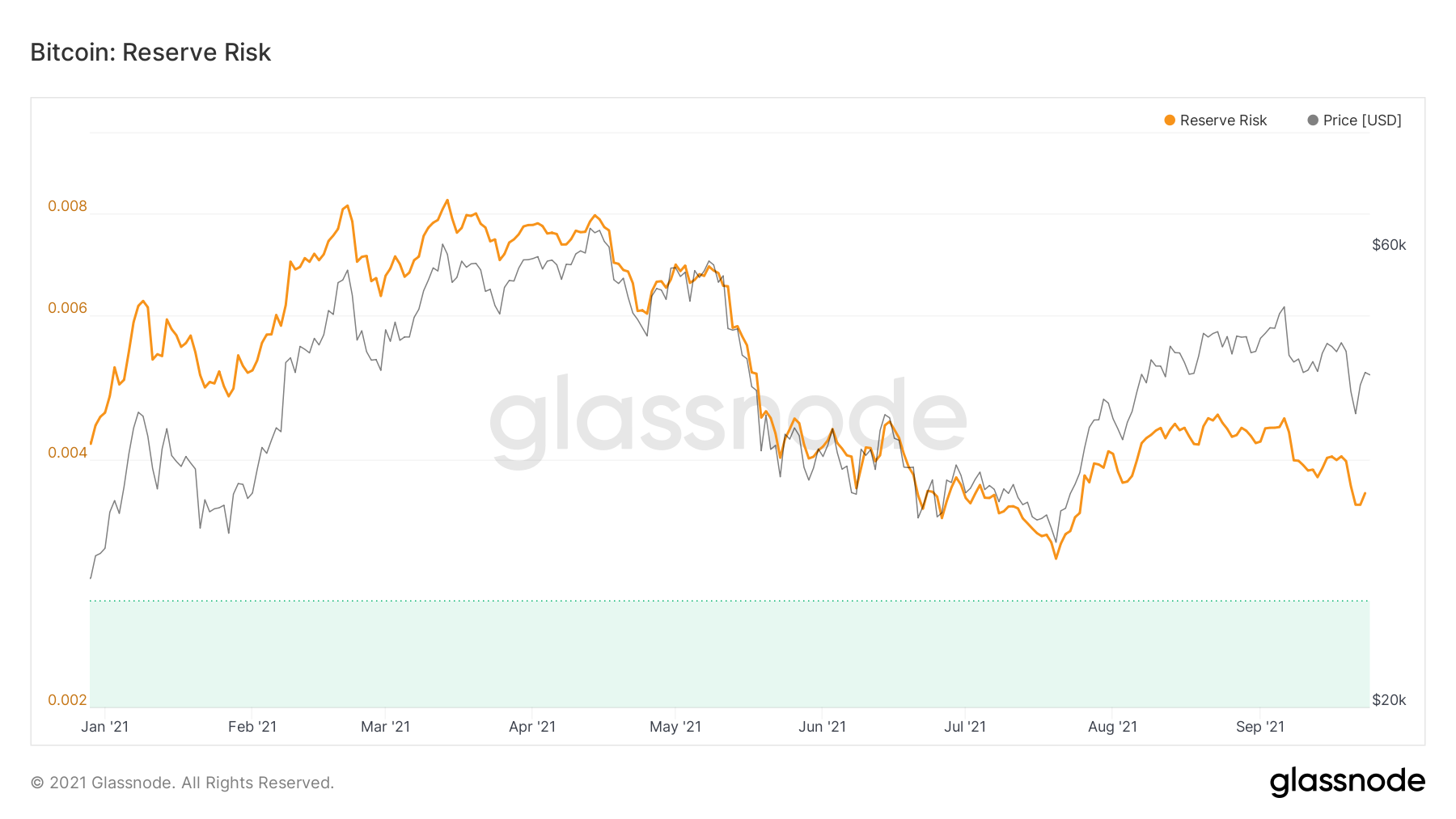 Even if the accumulation trend picks up pace, it doesn’t necessarily guarantee the price will go up too. Either way, DYOR is perhaps the best option right now. And, the best point of profitable entry, perhaps, can be calculated once the market settles down once again.

Africa, yes, but here’s what is really stopping Cardano from entering India