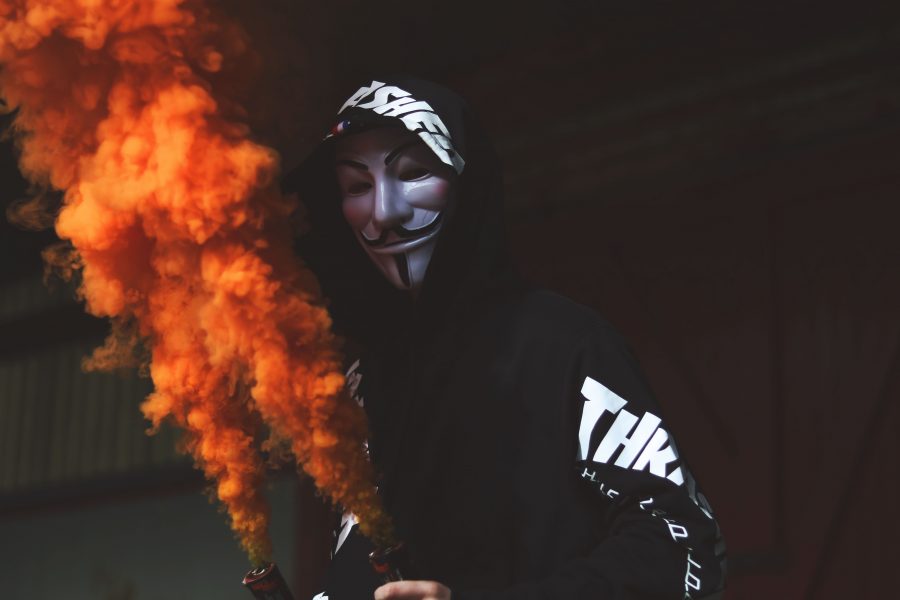 Elon Musk, once loved and respected across the bitcoin community, now faces a lot of criticism due to the sheer influence he holds over price fluctuations. According to this recent poll on Twitter, 82% voted in favor to ban Elon Musk from Twitter.

While many well-known, crypto celebrities have expressed their frustration, the latest development is surely eye-catching. The anonymous hacker movement is well-established as anti-government and has targeted the North Korean Government in the past, as well as PayPal and Mastercard. Now, they have a message for Elon Musk.

2/ part 2…
Anonymous may do more in revealing truth and lies… than all us critics have tried pic.twitter.com/cwtOEfk4MI

‘Greetings citizens of the world. This is a message from Anonymous for Elon musk.’  This message was broadcasted live on their public Youtube channel directed at Tesla’s CEO. The message said:

“…recently your carefully created public image is being exposed, and people are beginning to see you as nothing more than another narcissistic rich dude who is desperate for attention.”

“Reading from the comments on your Twitter posts, it seems that the games you have played with the crypto market have destroyed lives. Millions of retail investors were really counting on their crypto gains to improve their lives,”

“It appears that your quest to save the world is more rooted in a superiority and savior complex than it is an actual concern for humanity.”

Towards the end of the video, Anonymous had a message directed straight to the billionaire in question. It read,

“You may think you are the smartest person in the room, but now you have met your match. We are Anonymous! We are legion. Expect us.”

Now, having said that, Musk didn’t directly respond to such allegations face to face. However, a recent Twitter post might suggest that it’s some kind of response to the video.

Don’t kill what you hate,
Save what you love

Growth Lead at Kraken, Dan Held too expressed his frustrations with regard to Musk. He had earlier stated:

“It’s supremely disrespectful. We embraced him [Musk] with open arms and he kind of just trashed it… It felt very “trolly.” It was just ridiculous,” he said.

Podcast host, Peter McCormack was quite vocal about this as well. He had stated:

Why Cardano’s Hoskinson thinks Ethereum is far greater than Bitcoin