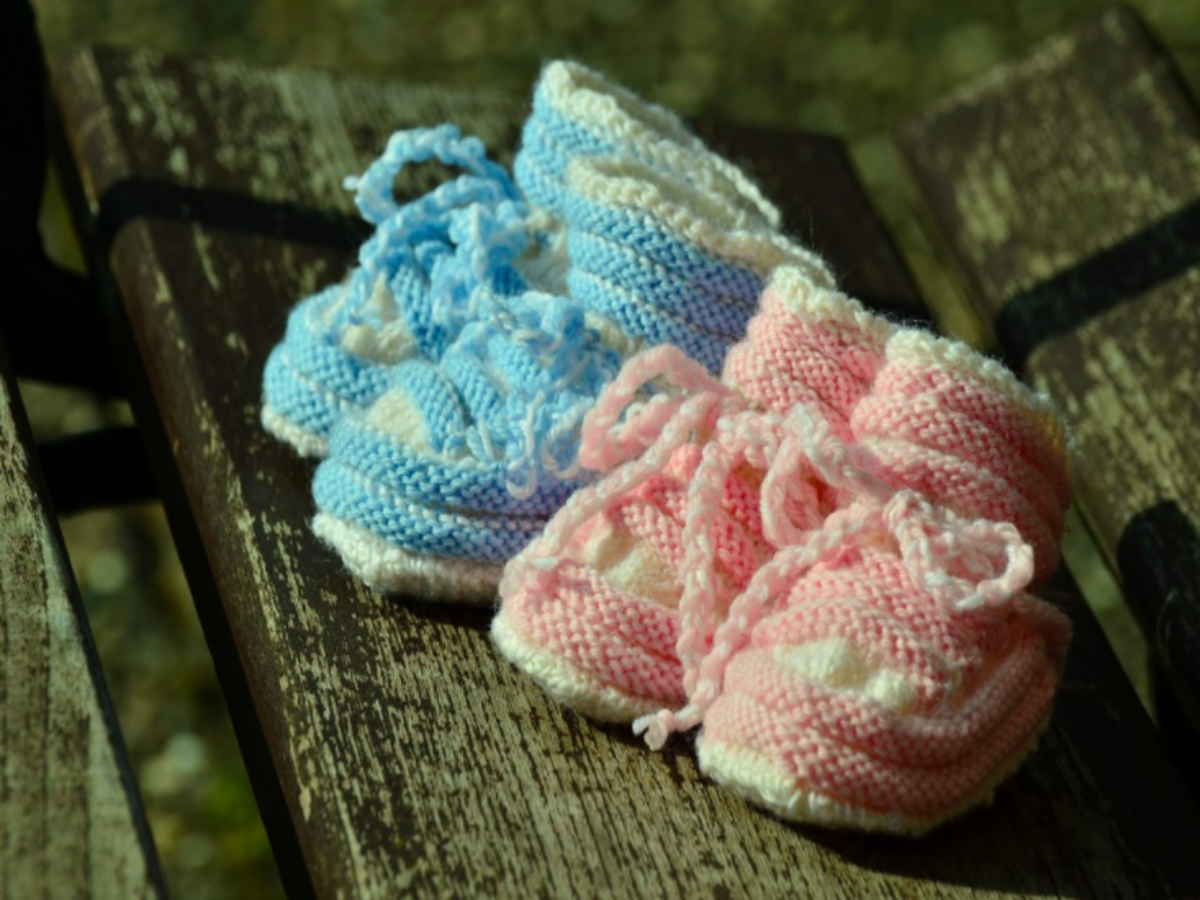 The broader crypto-market remained soaked in red, until yesterday. However, things managed to flip around a few hours back after Ethereum waved its magic wand. At the time of writing, the market looked quite lively, with 96 out of the top 100 cryptos trading in the green.

The ‘alt season’ is back

The altcoin season is more about alts rallying than their leader, Ethereum. The initial trigger, of course, comes from ETH. Post that, however, most of the top coins continue treading the same path, irrespective of ETH’s performance.

LINK has been one of the few coins that have, more often than not, delivered during an alt season. Consider this – From the end of March to mid-May, when most coins hit ATHs one after the other, ETH appreciated by close to 185%.

Chainlink, to a fair extent, imitated ETH’s performance and surged by close to 130% over the said timeframe.

Well, this time looks no different. As Ethereum rose by 5% in 24 hours, LINK managed to appreciated by 8%. Even though both the coins share a high correlation, it should be noted that another major factor has always aided LINK in sustaining its uptrend on the charts.

Chainlink’s network performance has improved tremendously over the past few months. June’s NVT highs are today’s lows, implying that the network valuation has been outpacing the transactional volume over the last few months.

Hight NVT numbers have historically coincided with market tops. The current growth pace also highlights that Chainlink is in its legitimate growth state at the moment.

Looking at the gradual rise in this metric, it can be argued that there’s still room for growth and when it indeed peaks in the coming weeks, LINK’s valuation will end up soaring even more. 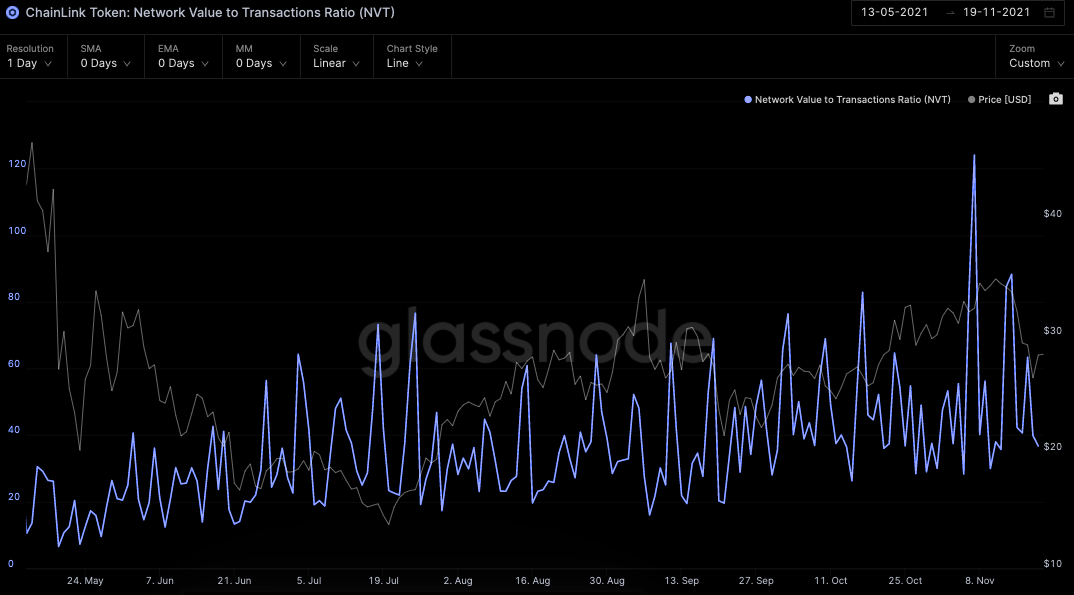 Furthermore, Chainlink has been able to fetch investors with similar returns when compared to Ethereum. The same was visible on the MVRV ratio’s projections. Positive numbers usually indicate that investors are earning more than usual in the market. That has typically been the case for both the coin and its HODLers for quite some time.

In fact, investors have more long-term faith in LINK than ETH. ITB’s data highlighted that an average HODLer clings onto ETH for a period of 1.5 years, while HODLs onto LINK for over 2.7 years. 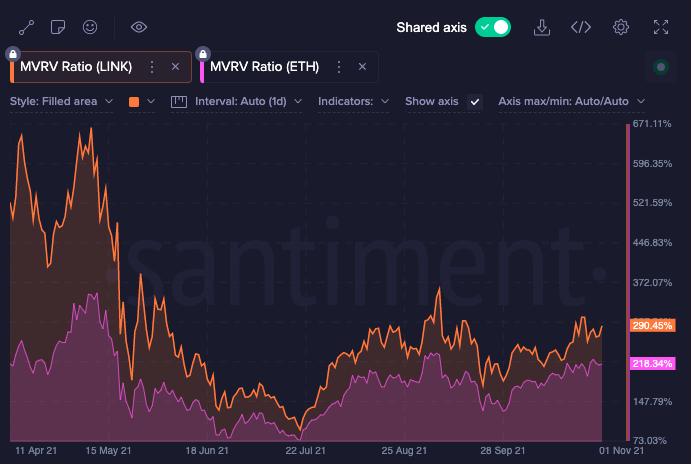 Thus, keeping the current trends in mind, it can be said that investors will be missing out on a lot of action if their portfolio remains devoid of LINK during the alt season.

Dogecoin could accommodate a 16% decline before the next rally