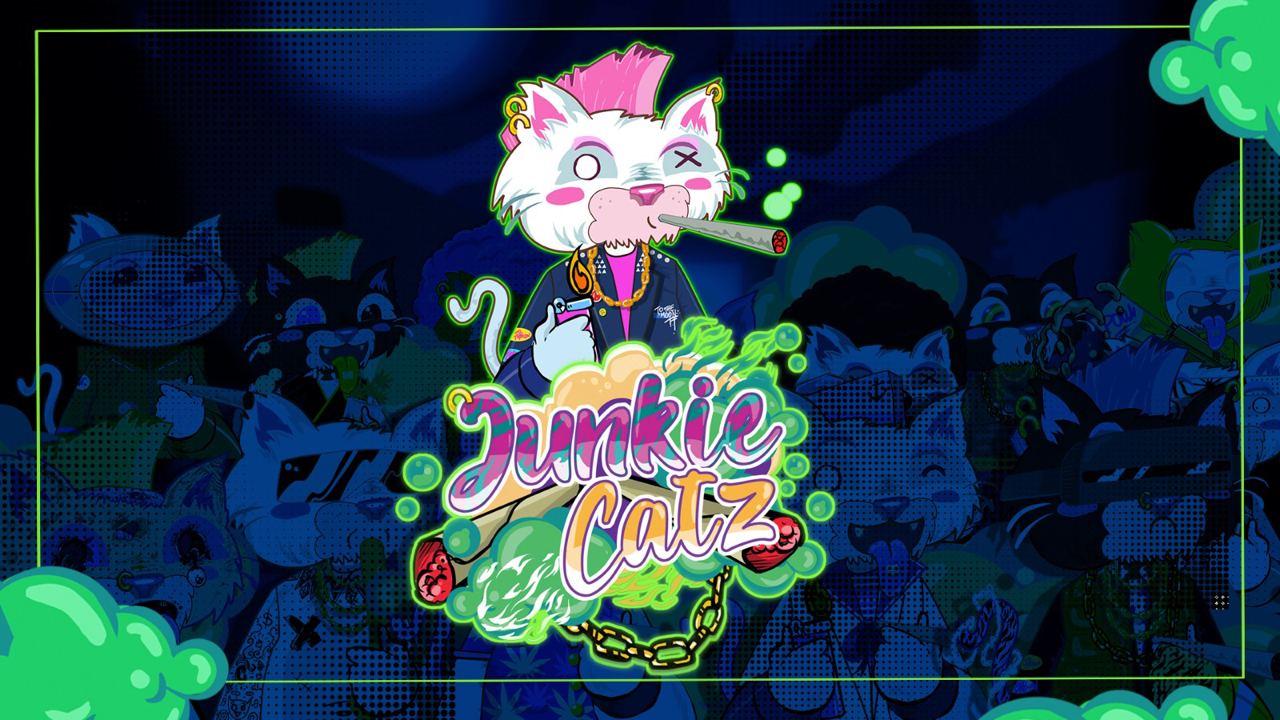 Today it has been announced that Junkie Catz, a Polygon-based NFT and passive income project, is launching its first series on Nov 3rd at 7 PM UTC.

The launch is set to be a major breakthrough series in the Polygon NFT scene.

Junkie Catz is based on a particularly troublesome group of “junkie cats”, who have fallen on tough times that utilize eye-catching and creative designs to tell their unique story.

The Story Of Junkie Catz

On one fateful day, a group of typical, well-loved, and groomed house cats found themselves on the wrong side of the law, and from that point on, the cats were never the same again.

Life inside a cell is hard for even the most resilient of cats, but this group discovered it to be exceptionally grueling.

Gone were the days of unlimited food, roaming the streets, and the care of a loving family.

What replaced it were prison cells, bad decisions, and ultimately addiction.

The House Cats Were No More

Life inside one of the strictest animal shelters in the area changed them for the worst, and getting out was a challenging task, with no family wanting a junkie for a pet.

Living in a cycle of addiction and dilapidation, the cats were never the same.

Incarceration gradually took more of a toll on the cats, and eventually, the group became what is now known as Junkie Catz.

The Release Of Junkie Catz

The team behind the creation of Junkie Catz is in itself, a group of highly trained and skilled marketers and influencers. They are determined to spread the tragic story of Junkie Cats to the mainstream.
Releasing this group of Junkies is the goal for the project, and posting bond to the Bondsman is the only way to make this happen.

Selling the initial mint on day one is how they can pay the Bondsman, and grant freedom to these downtrodden junkie cats.

The Roadmap To Release

The team behind the NFT project has some fierce plans and goals with their sights set on a big launch day, ultimately aiming to sell out on day one.

Their roadmap is set out into five steps, all based on the sale of the initial mint:

Once the initial mint is sold, Junkie Catz version two will commence and a new mint will come into play.

Passive Income From Holding Or Playing

Gamification for Junkie Catz is a big step for the launch of the NFT project.

Once the initial mint is completely sold out, the initial build stage of the Junkie Catz game will take place and will enable holders to play and earn Junkie Catz rewards for doing so.

Reflections are earned in $MATIC for regular holders of the NFTs, with early holders receiving a portion of $MATIC tokens assigned for the launch, which is allocated for distribution as the initial sale gets closer to its target.

The launch date of Junkie Catz is set for Nov 3rd at 7 PM UTC, with further updates to be announced on the Junkie Catz official social media pages and website.