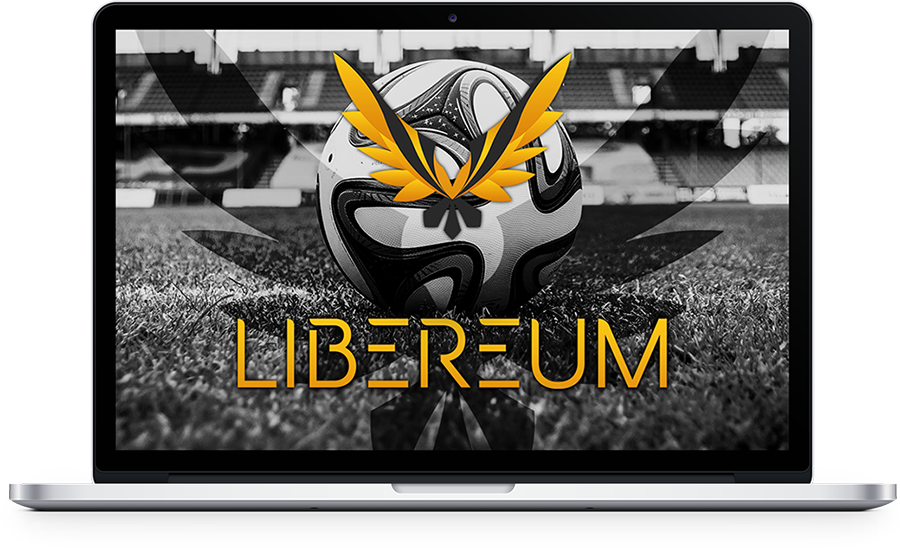 Libereum [LIBER] is an ERC20 token which will at its first spotlight, launch a system that is built on the sports background. The main period of the mission is straightforward’ to obtain a football club in one of the best donning divisions in Europe. The group of Libereum has precisely observed the advancement of the clubs and they trust that joining Libereum with Sports will influence Cryptocurrencies to go standard.
Libereum team contains specialists regarding the football business. They have experience in running a club, coaching a team and scouting players. Combined with the knowledge from the team members who are specialists in programming, marketing and blockchain altogether, the team Libereum has decided to storm the sports industry.
The research team of Libereum who search for clubs deems to be perfect for the Libereum Project. They have a few key points that they find imperative before they even consider taking over a club.
Why football?

Football is a sport that is widely known and played by billions of people around the world. It is by far the most popular sport in the world and has not only billions of people actively participating, but many billions of fans all over the globe. The team has confidence that ‘combining crypto with football is the next step in the evolution of crypto and blockchain technologies’.
Libereum team encourages its existing partners and sponsors to buy Libereum instead of using fiat currency, and this is how they plan to move forward. They plan to acquire new partners and sponsors by offering them “Libereum – Only” contracts.
For the fans, Libereum will become a household name, as they will keep promoting Libereum as a payment option during the season option throughout the season. Pending the development of the payment system, season ticket holders might get one season extra time to get used to Libereum as a method of payment.
Libereum and its plan to increase its value
The underlying arrangement of Libereum includes urging supporters and accomplices to “purchase” Libereum from them. Similarly, as with the fans, they gradually will continue to accept just Libereum as a payment from sponsors. For patrons and accomplices, this will be another motivation to really support the club, other than the current enthusiasts.
They will turn out to be a part of something considerably greater than the club they are really supporting. They store the concurred sum in Libereum. That implies that they will progress towards becoming holders of genuinely a lot of Libereum themselves and decidedly impact the market estimation of Libereum.
Libereum for Investors
The investors now will be amongst the earliest of investors in Libereum during PRESALE and the ICO. After that, the market decides the price. The team predicts that Libereum will become one of the top ten cryptocurrencies within the first twelve months after they’ve gained ownership of the first club.
So basically, the earlier the investment, the higher the return on investment will be if you have steady hands and are able to wait for at least twelve months before selling Libereum team advices. The longer the wait before the exchange of tokens, the more chances of Libereum to actually reach its targets. Besides that, the more Libereum tokens are out of circulation, the higher the value will become of the tokens that are in circulation.
Pre-Sale
There will be a total of 10,000,000 Libereum Tokens available during the PRESALE. This will also be Libereum’s SOFT CAP, as they have determined that the funds, that will become available after reaching the SOFT CAP, are sufficient to gain ownership of at least one club in one of their target competitions and add Libereum to several different exchanges.
The ICO
Libereum plans to announce their first club after the PRESALE, which will gain a lot of momentum during the ICO. The LIBER ICO will be split into 5 different phases. Each phase will start directly after the previous phase has reached its maximum of offered Libereum tokens.
Token distribution
After the crowd sale has ended Libereum will be made available for purchase at the regular market price through exchanges. The remaining half will be split into different parts to provide fans, sponsors, partners and everybody else the opportunity to buy Libereum directly from the group. 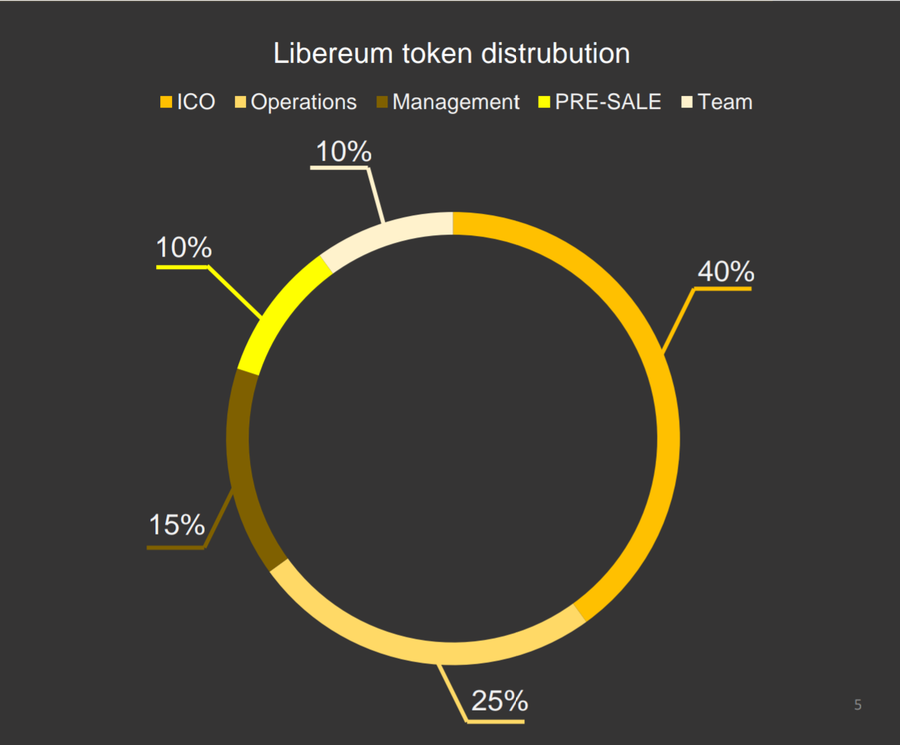 The Plan
The underlying arrangement of Libereum includes urging supporters and accomplices to “purchase” Libereum from them. Similarly, as with the fans, they gradually will continue to accept just Libereum as a payment from sponsors.
They will turn out to be a part of something considerably greater than the club they are really supporting. They store the concurred sum in Libereum. That implies that they will progress towards becoming holders of genuinely a lot of Libereum themselves and decidedly impact the market estimation of Libereum.
Roadmaps 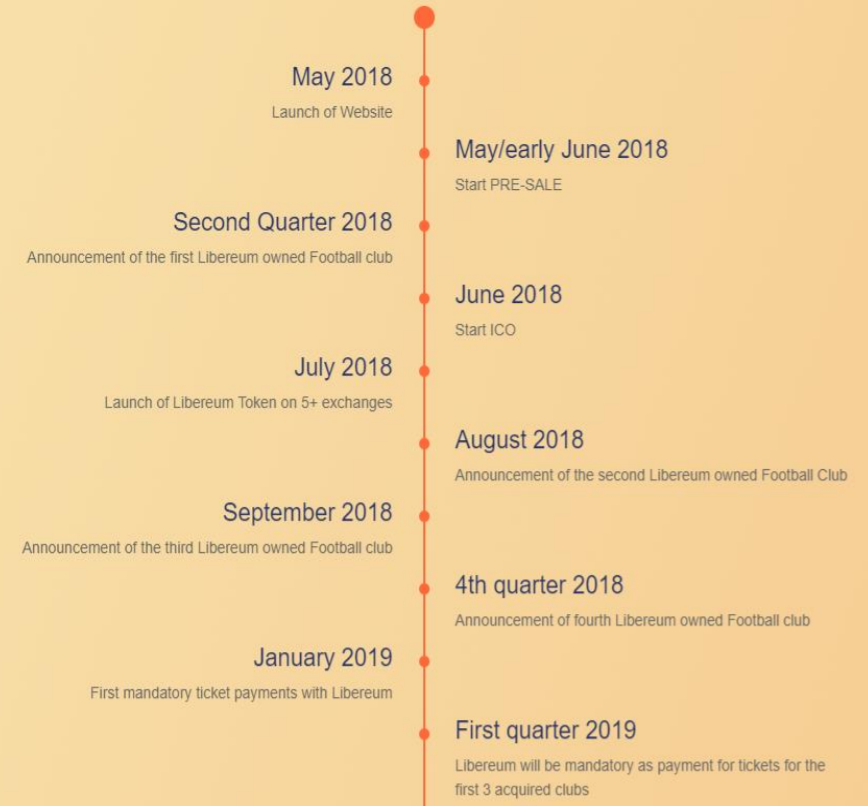 Exchanges
Libereum aims for the best exchange platforms, which will certainly add to Libereum’s value. Libereum will announce the exchanges as soon as it is applicable.
In an exclusive interview with Libereum’s CEO, we found the answers to all our queries.
Q. What inspired Libereum to choose football as their initial adopters?
Football is the most important Sport in the world. We understand that locally there are some differences (e.g. NHL, NFL, NBA, Cricket etc) but altogether football is globally accepted and among the most televised sports. Next, to be the most important Sport it is also incredibly popular. Just think of players like Messi, Ronaldo, and Neymar and look at kids running around in their shirt alone.
Q. As mentioned in your White paper, what do you think will make Libereum one of the top ten cryptocurrencies within the first twelve months after gaining ownership of the first club?
Football is for us the best possibility to combine with cryptocurrency. More specifically Libereum. Libereum only means nothing other than using Libereum as the primary and only payment option at a club. This concerns sponsors, fans and other clubs who are looking to buy players from any club part of the Libereum network.Because, unlike any other cryptocurrency so far, we create a constant demand for Libereum by using it at the primary payment option at the clubs we own.
Q. The world loves football, but why would they use a different payment method rather than the traditional? What makes Libereum’s token seamless?
The fact that every sponsor, fan, and local shop can get a “share” of their favourite club combined with the fact that clubs within the Libereum network will be amongst the richest clubs in the world will be reason enough for everybody to buy, Hold and use Libereum as the primary payment at their club.
Q. As per your roadmap, June 2018 is for ICO. What are your plans for it?
The plans for the ICO are simple. We are busy selling our private sale to private investors. So far all our expectations are exceeded and we are already in talks with a football club. We plan to launch our initial ICO as soon as we have announced the name of the first club we acquired.
Q. Does Libereum have a list of stadiums for 2018?
Regarding stadiums; we don’t have a list that we can share but if you noticed in our whitepaper; we are seeking to expand our network with clubs who have a minimum of 10,000 attendance every home game on average. This is not bound to stadium capacity. The higher the capacity the more interesting the clubs will be for us.
Q. Is Libereum going to be only for football stadium payments or is targeting a larger audience?
Our plans are not only to have Libereum as the primary payment option within our stadiums but also have the local shops and services to at least accept Libereum as a payment.
For more information on Libereum, click HERE!
Related Topics:featured
Up Next